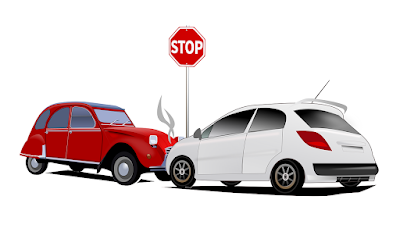 Ten days ago or so,  I received an email saying .... congrats your car is insured for another 12 months blah blah blah... don't worry we have only put it up a little blah blah blah ..... etc.

Yes, it had gone up but not a huge amount however, not enough to make me bother to do a bit of 'checking the market dot com' so I filed the email away and got on with my life.

Tonight, whilst checking my emails I saw this ....  bad luck your insurance has been cancelled ...blah blah blah and was cancelled eight days ago blah blah blah (yes - eight days, so two days AFTER the email saying all ok?!?!?)

After some swift checking the market (Martin Lewis Money Saving Expert is brilliant for this) I found a company that would insure me for less than my initial insurance company AND with extra benefits, Yes please!

Which made Himself and I chat about the 'Road Traffic Cop' programmes you see on TV - when the officers stop a car and pronounce to the driver that they have no insurance, to which the driver will protest vehemently that they do and Himself and I would go 'tut tut, course you don't!'

It turns out that since last year's payment, both our bank cards had expired and replaced so we now had new numbers and details and rather than an email saying .... excuse me but we have not been paid coz your details have changed blah blah blah' which would have triggered a quick updating of details - they just cut us off - nice one (not).

Thank you everyone for your lovely comments - I do appreciate them greatly and I promise tomorrow I will write something a little more recherche rather than a 'panic-induced-due-to-uninsured-car-issue' post!! I am working tomorrow, another wreath making workshop, I will share some photos of the gorgeous wreaths in a day of two. However until then - here is one I'd made as a demonstration to keep you going 😊 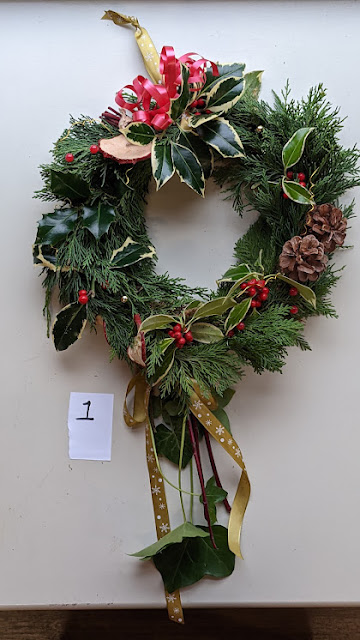 Have a lovely weekend xxxxx