Been a bit busy recently - so thought I'd quickly pop in and chat for a while. Some of you may have noticed a distinct lack of 'Potager updates'. It is not because I have been lax at writing them, or that the slugs had decimated my vegetables (although they have tried their hardest to do so), nor due to the rains flattening them either (although, yes you guessed it - it has definitely tried to do so). No. Nothing like that. 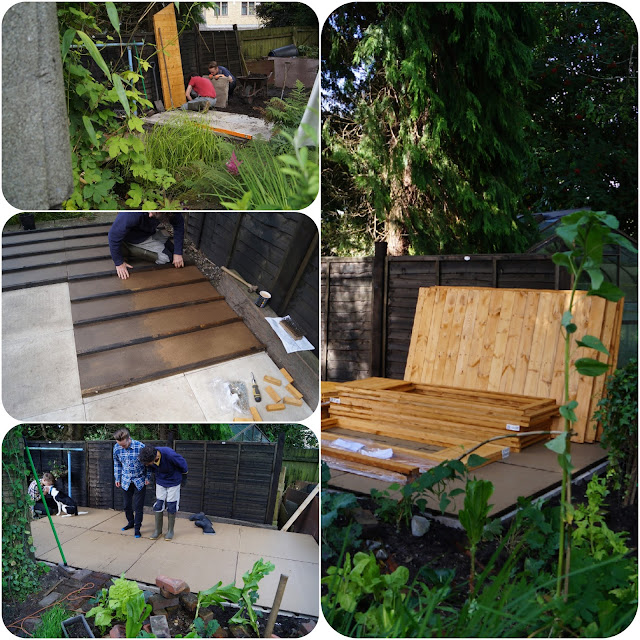 This not quite complete summer house will eventually be my new studio! 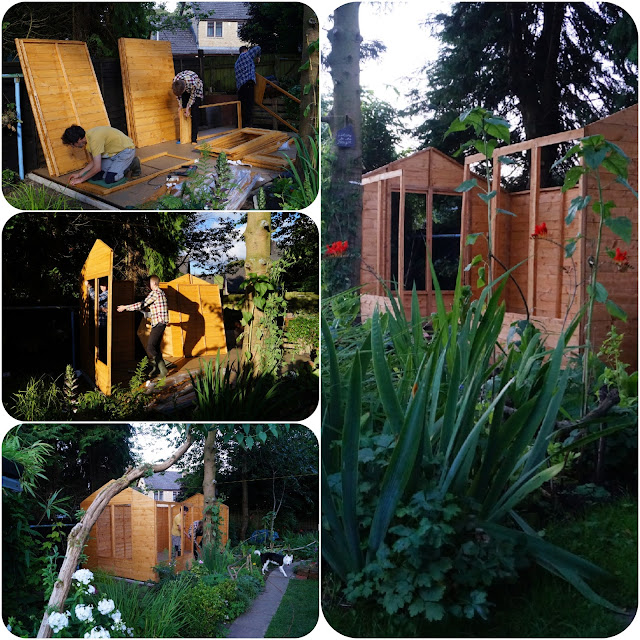 How exciting! (except I am too tired to leap about like a happy thing!)
We have just spent two days, all four of us, building. 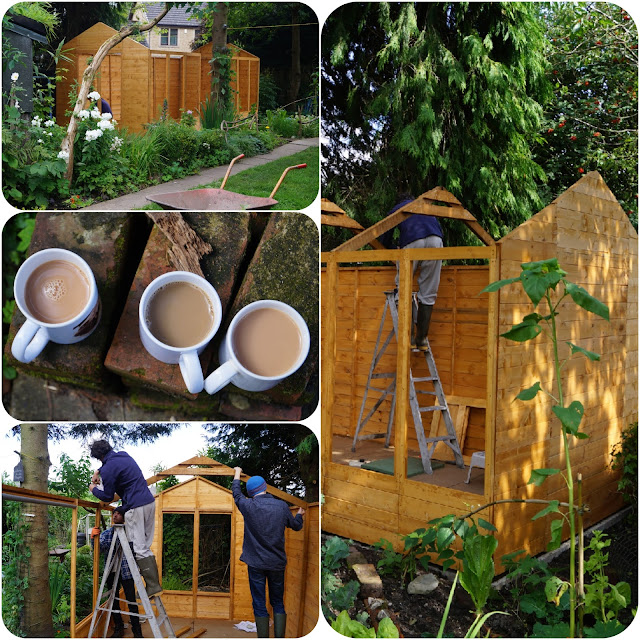 There has been a few frayed moments,  a few gnashing of teeth but a lot of laughing, loads of nails and screws and tacks and glue. Oh so many planks, beams and boards. Why is it all so very heavy!?!

Negatives?
The company that supplied the building need lessons with their customer service.
Their choice of delivery company is appalling! (it took THREE separate deliveries before it actually arrived, each one a flat packed summer house made it to the village but only the final one actually got off the truck! The first one arrived horribly damaged and I refused delivery, the second one never got to us, the delivery driver insisted he stood at our door knocking on it and we'd not answered - Eldest stood on the pavement looking out for him when we were given the half hour warning - nothing. A third summerhouse finally arrived .... then it rained for about three weeks....)
The workmanship of the building is not consistent nor was the company's quality control - Himself has had to fix lots of stupid basic errors. 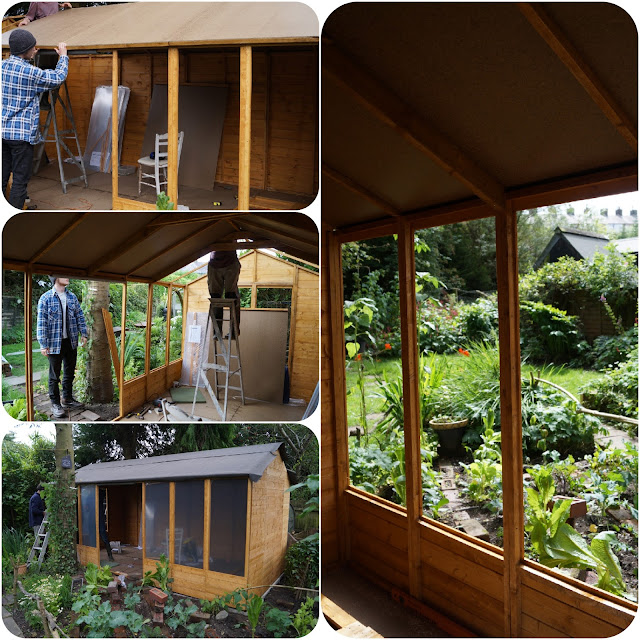 I'd planned to have it painted before it was assembled but we watched the weather and saw a small window this weekend - I'll have to paint it another day.

I'll also have to make sure it is insulated for winter (brrrrrr!) so I can work out all year round. But, despite a lot still to do - I am quietly chuffed that in our garden, tucked in between the trees and usurping my vegetable garden - I have a summerhouse studio :)

Right - off for a shower and bed - I am tired and suspect I will be stiff (as a board!) tomorrow - but I will probably definitely do the happy dance (but not in the rain) in my studio!