I am procrastinating - I should be at work but thanks to the weather it's been postponed. So I suddenly have a couple of hours free before my next garden - hopefully the rain keeps off. 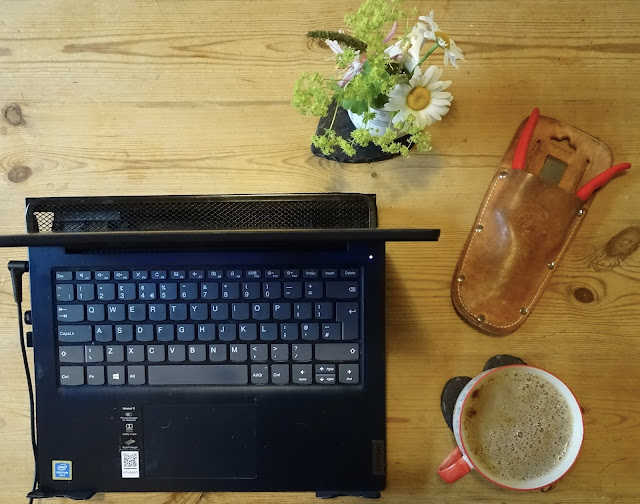 I had toyed with the idea of working in my own garden however when I took Moss out, it is absolutely sodden out there, so now I am back inside with you lot thinking that I'll stick the kettle on and with a mug of coffee post about our Sunday adventure .... yup, think that is what I'll do. Back in a tick. 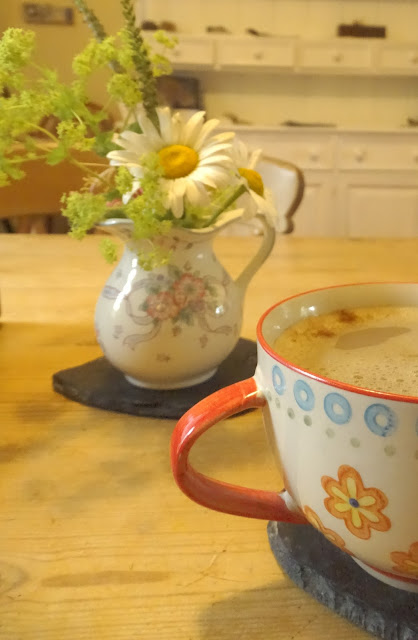 When we woke on Sunday morning, it was after a rather hot and muggy fitful night in the van, we had listened off and on to the storms as they continued to roll over the sea, sometimes crashing over the van.  At some time through the night a merry group of happy football supporters sang tunelessly home as they wove their way through the lanes. Then just as it became light we both finally fell asleep to awake again at 9am feeling a little groggy. 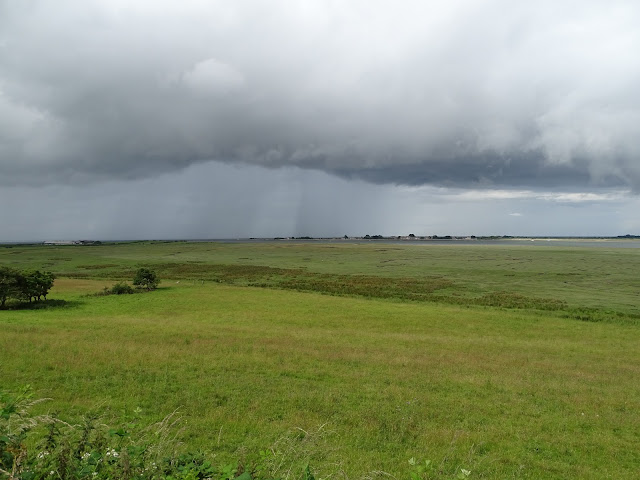 Throwing open Zeb's door revealed a damp view with more storms drifting across the horizon. The air felt fresh and we could smell the wet grass and it smelt cool and invigorating. We had our breakfast and tidied the van - we had a date to keep before meeting up with Youngest - we were off to visit a garden as part of the NGS. We used to do this a fair bit when the boys were younger and I decided on a whim I would like to start doing it again. So last week I, checked the garden was dog friendly and served teas then happily booked two tickets on line. 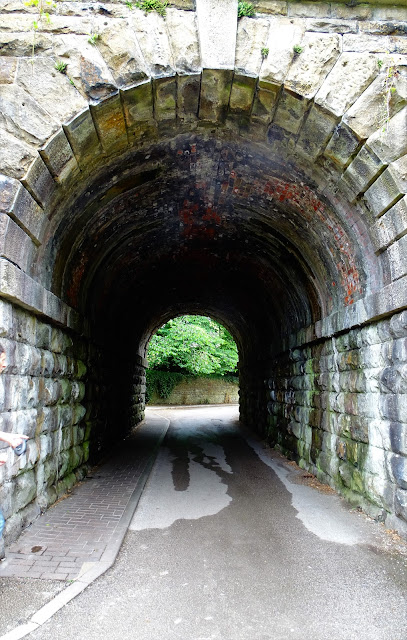 We parked alongside the very attractive Lancaster canal, walked down a lovely little street with cute houses and pretty front gardens, then beneath a rather impressive railway arch and arrived at Carr House Farm. 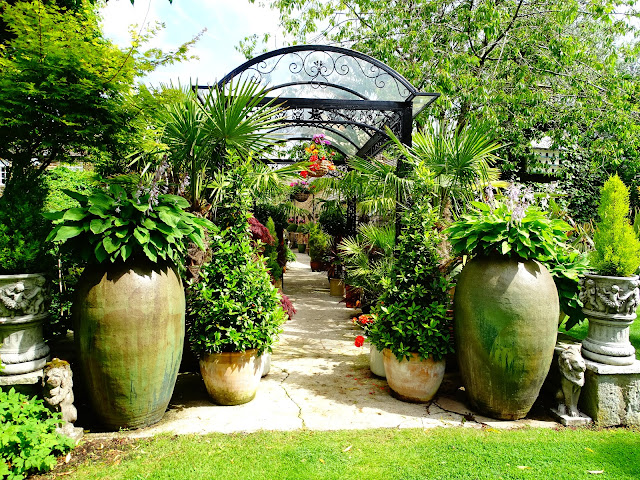 The description and the website photographs did not do this garden justice. Although not our style of landscaping it was nonetheless an impressive garden which had obvious love and care and hours and hours of labour dedicated to it and it showed by the bucket loads! 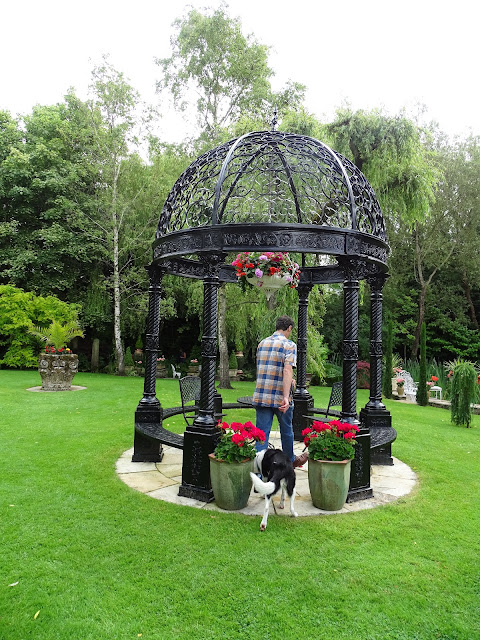 We wandered around looking at the plants and hidden sculptures - some which were in plain sight and others that took a moment or two to spot. 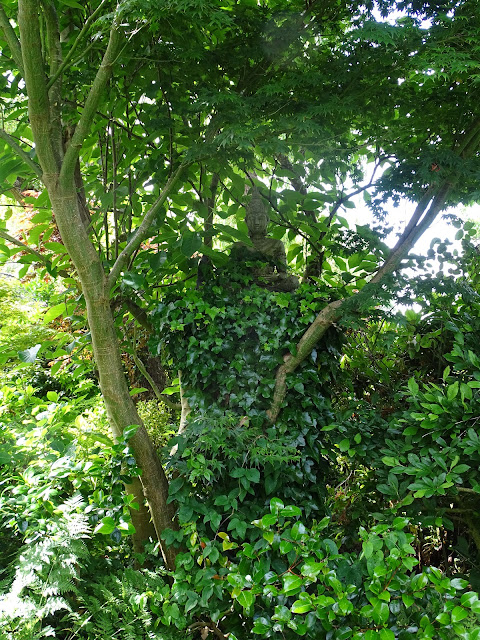 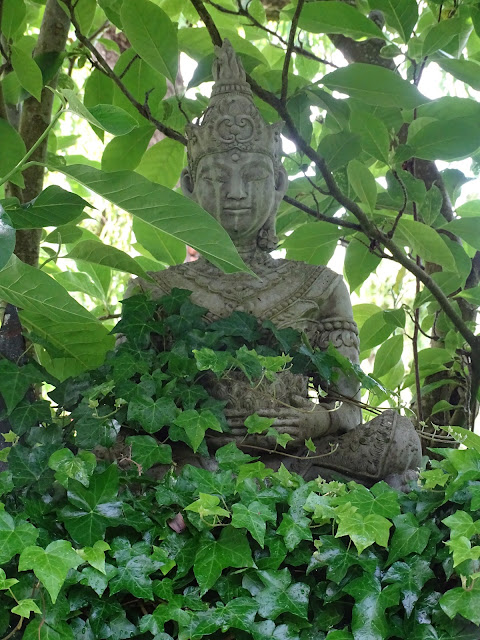 The Italian influence could not be missed with huge urns, fastigiated conifers, avenues and statues. 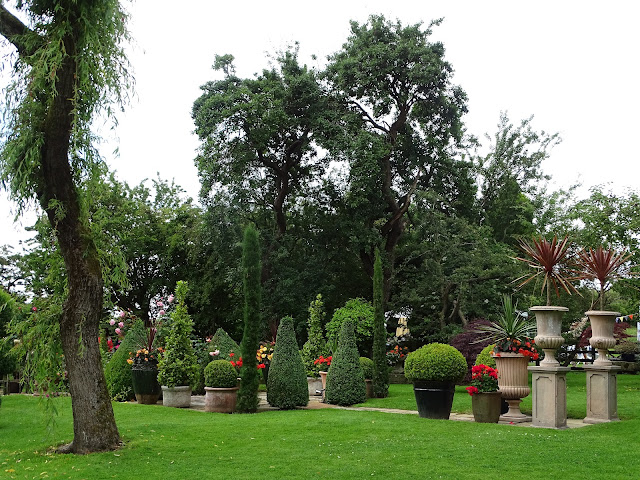 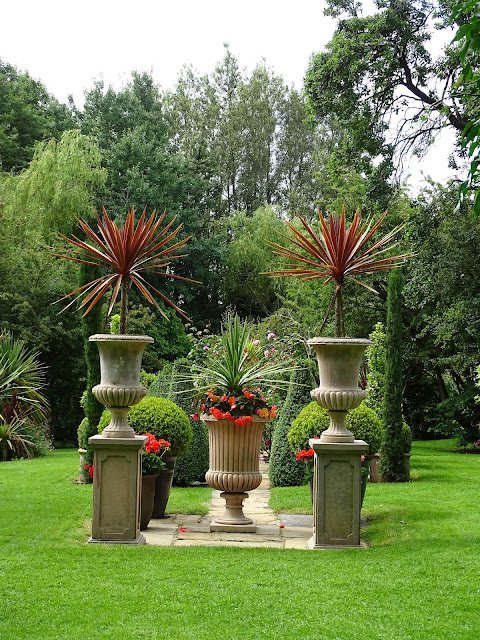 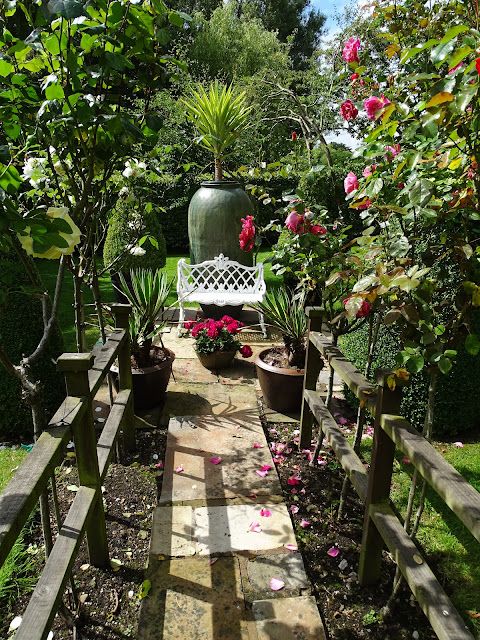 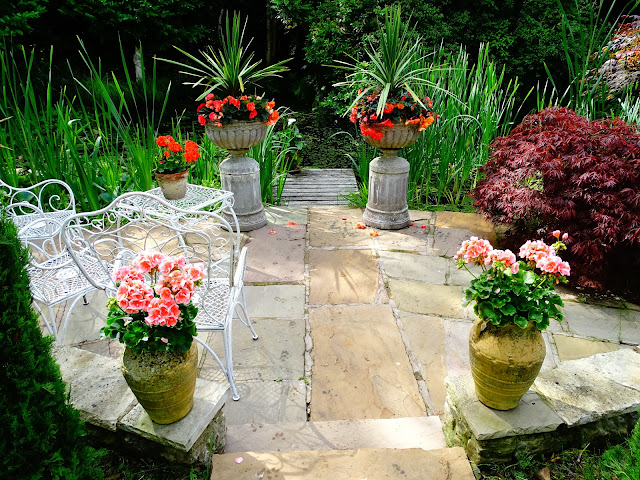 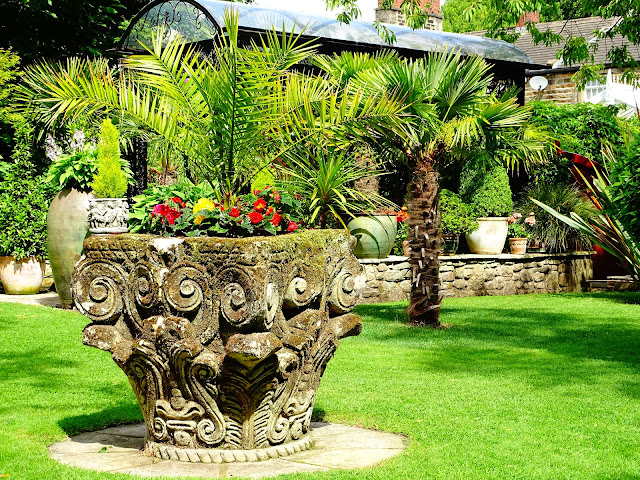 Then equally there were hints of an Oriental influence - the one I particularly liked - the bowls of tumbling Soleirolia soleriolii - one I might try! 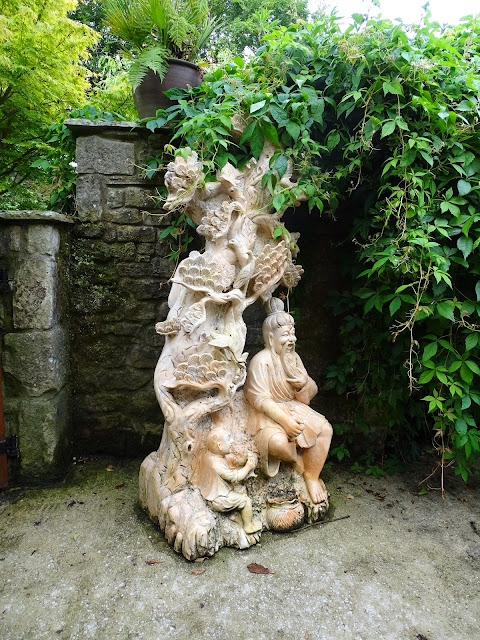 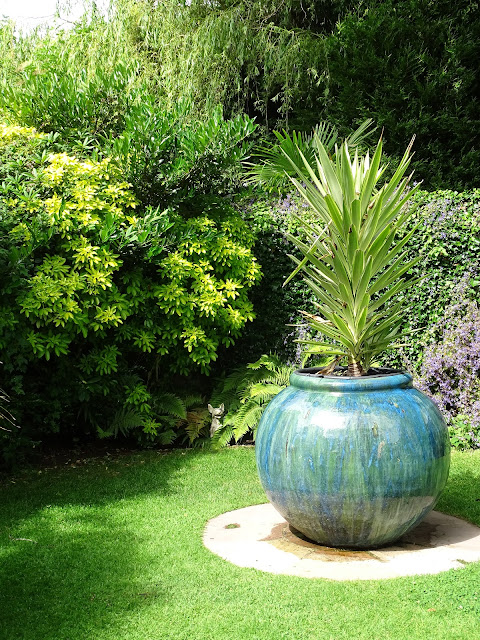 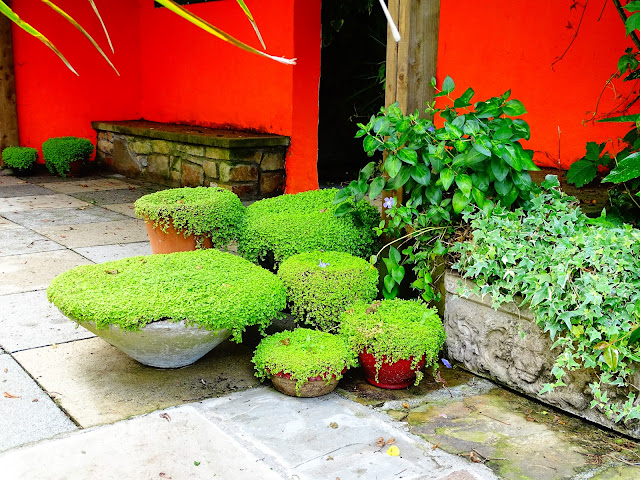 Throughout the garden there were water features filling the air with the sound of trickling or gushing which made Moss's ears prick up - we had to gently guide her away (drag her more likely) before she decided a dip was preferable to walking around the garden! 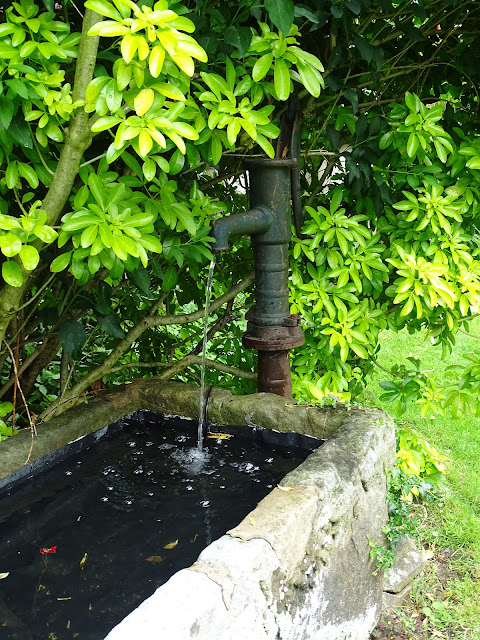 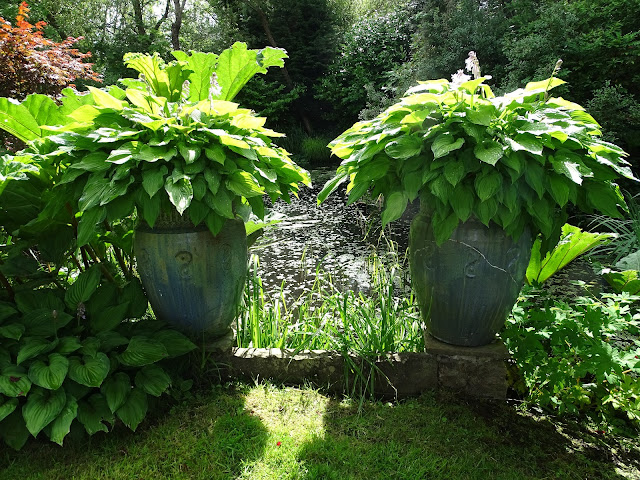 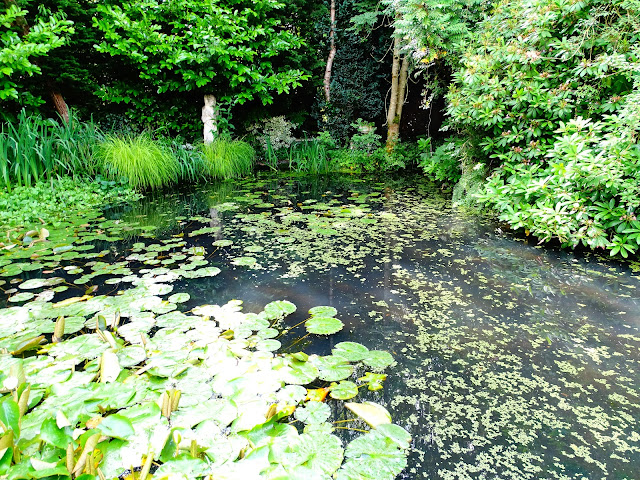 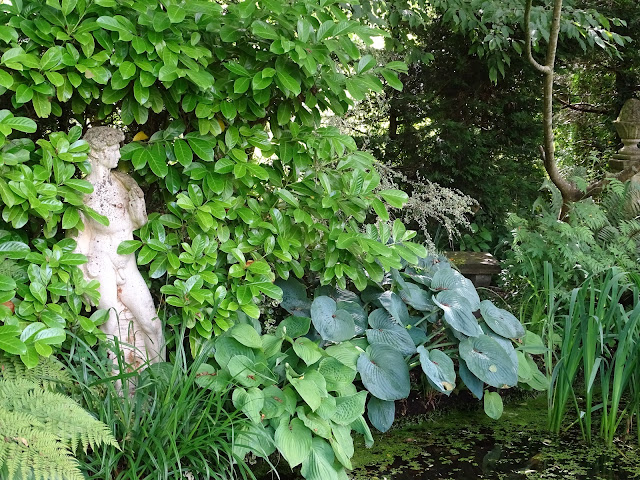 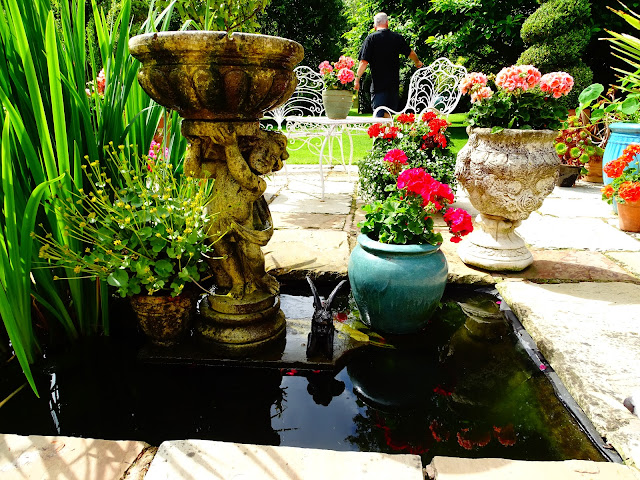 We stayed about two hours, stopping for lemon drizzle and fruit cake and tea before setting off to meet Youngest. I took a fair few photographs - I have only subjected you to a small selection! But I will leave you with some of my favourites ..... 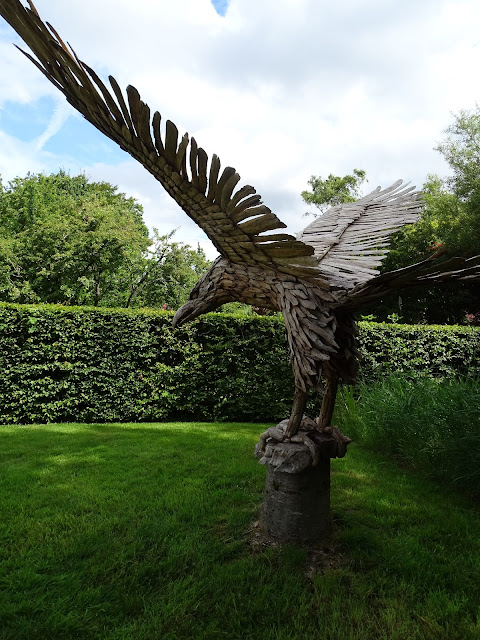 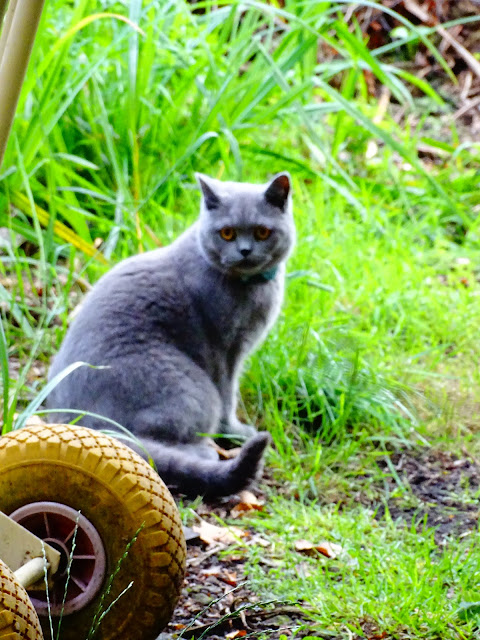 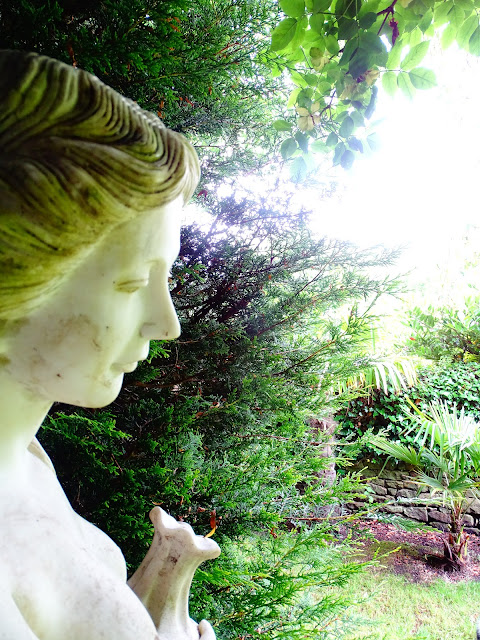 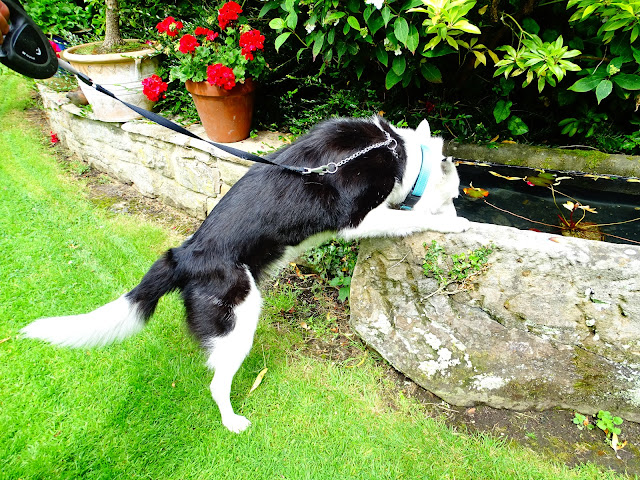 He's home now, the dog is delighted as is the cat - we have been demoted by them in preference to Youngest ... nice to know your place in the pack...!