Firstly thank you for your kind words when I wasn't feeling so well, they cheered me up greatly! Secondly - it is brilliant that you are joining me for my chrimbly countdown 2013 - it makes the collecting and finding the numbers worth the effort!

We had parked under the furthest spreading branches of this rambling tree on a  hot and dusty day. Leaving the car tucked in the cool shade we set off walking around Stocks reservoir. This summer has been one of the better ones we have had recently and the walk seemed all that much longer in the warm dry air. By the time we had finished we dragged our weary hot feet back to a cool car. I slumped onto the seat to ease my foot out of my boot when something caught my eye. The tree we had parked under had a number painted on it.....I leapt from the car, one boot on and one boot abandoned and grabbing my camera as I tumbled out. I startled Himself somewhat who chuckled at me once I'd  returned with a triumphant grin. I had found myself a number for a cold and wintry chrimbly countdown in the middle of a stinking hot day!

❅✳❄❇❅❈❅✳❄❇❅❈ ❅✳❄❇❅ ❈❅✳❄❇❅❈❅✳❄❇❅
Himself has a bit of a reputation of being a mince pie muncher - for those of you who are a bit confused about mince pies - they are a festive sweet little pie, filled with fruit and warming chrimbly spices. As from the 1st of December he starts eating them with intense enjoyment. My boys have picked up his mantel and now munch with him mince pie for mince pie. I used to make them and then Himself took over that task and would bake them, but even he ran out of steam as all three of them could consume them faster than either of us had time to make them. Shop made mince pies offer a variety of quality and tastes so this year we have decided on an informal test taste of all mince pies - a little festive R&D  (research and development) I hasten to add that we have not been sponsored by any mince pie makers and sellers - this is purely a little fun (with a lot of eating involved)

I shall reveal our results as we go on!

❅✳❄❇❅❈❅✳❄❇❅❈ ❅✳❄❇❅ ❈❅✳❄❇❅❈❅✳❄❇❅
On Saturday, when we were out watching the festive lights switch on, we wandered around taking photos of some of the window displays - beautifully painted wintry scenes which, once it was dark and the shop lights were glowing - then the scenes really came into their own. 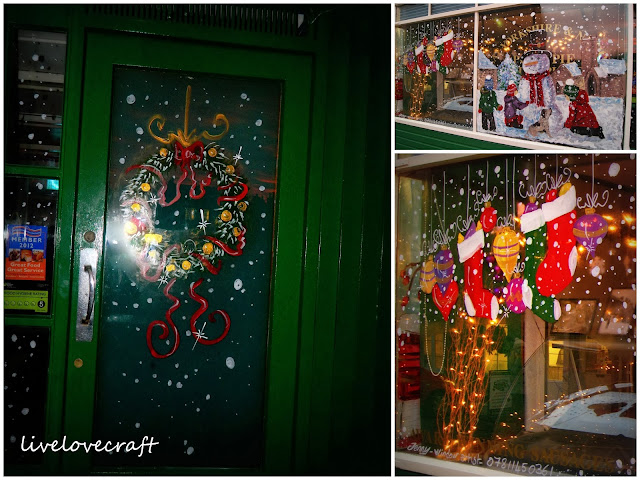 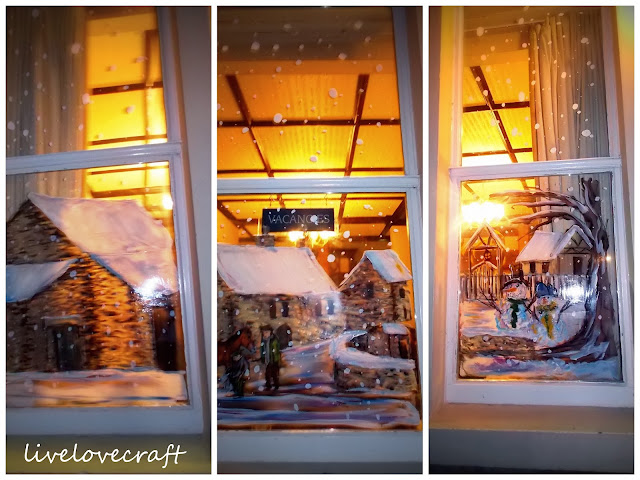 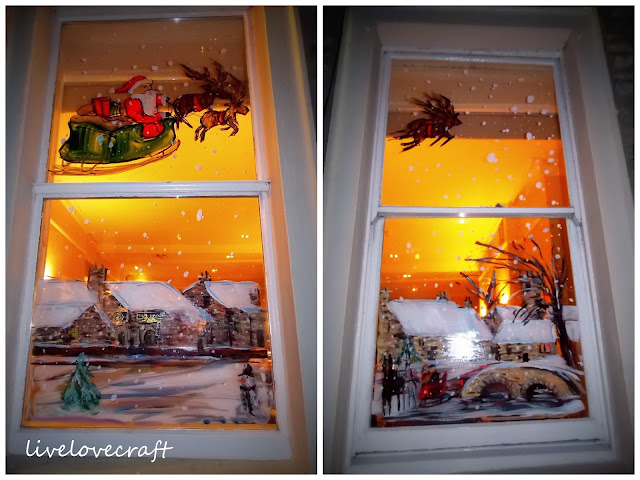 The Pub again, this time the pub itself is featured in the left artwork and the bridge and scene on the right is the packhorse bridge in Wycoller a village some 23 miles away. 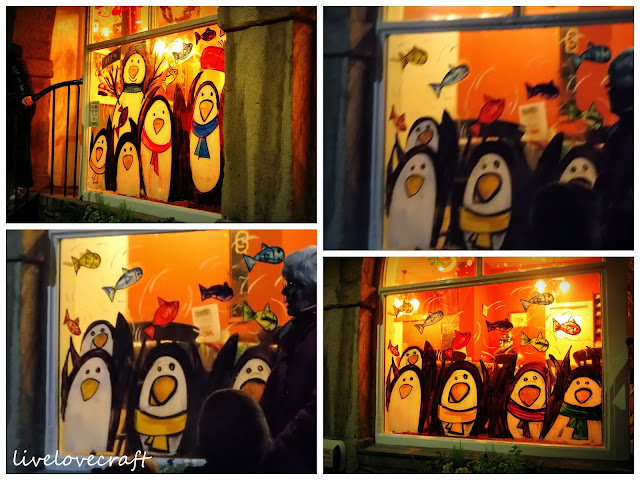 The fish and chip shop featured some rather jolly penguins tossing fish about! 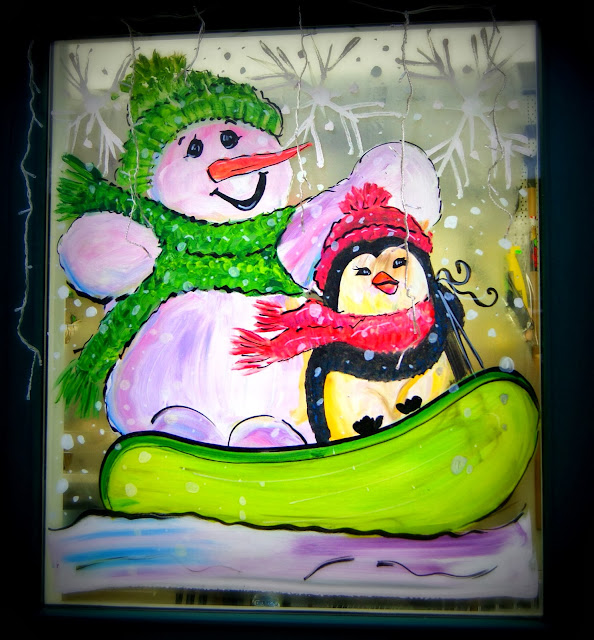