Not sure if it is this rather dank and dreary and decidedly damp weather (ooh I love alliteration) or the fact my kitchen mojo is no longer languishing in idle but revving at 'ready-steady-cook speed' but this last week some half decent menus have been carried triumphantly out and served with a bit of a flourish.

I mean - Monday we had the surprisingly delish lentil loaf with fat free Spanish roasties,
Tuesday was quiche and roast vegetables,
Wednesday was spicy Spanish chickpeas and spinach stew,
Thursday was err err - forgotten but apparently it was good coz the boys said it was good (grief how could I forget??) still they liked what ever it was!
Friday we had vegetarian chilli and couscous,
Saturday lunch - creamy vegan tomato and spinach soup and Irish soda bread.

Now, one or two comments and via a couple of direct emails, I was asked to jot down some of the meals/recipes that we were trying out, so, as I sit here waiting for jacket potatoes to cook (ooh the kitchen smells gloriously of hot cooking potatoes) I thought I would make a start :) 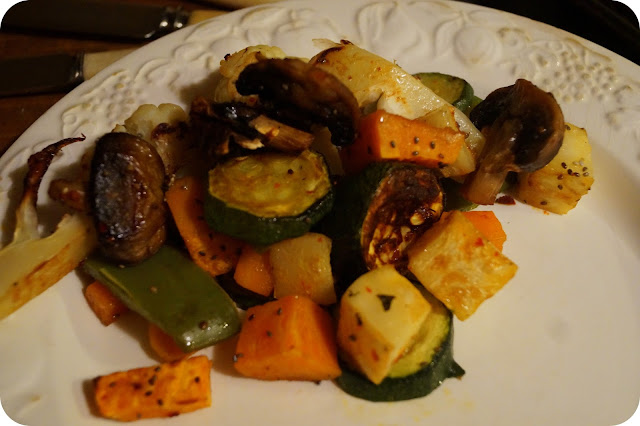 Right here goes - be prepared for a rather random rendition of this recipe (alliteration appears again!)

Start with a variety of your favourite vegetables all chopped into friendly fork sized pieces (not too small as they shrink in the heat and you wouldn't want to feel short changed!) 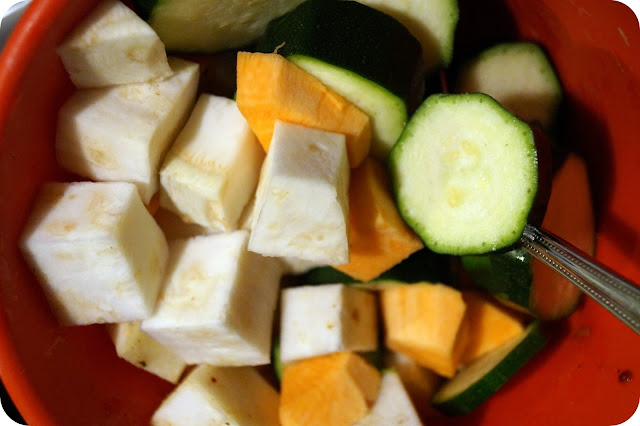 Basically any vegetable you have - get chopping! 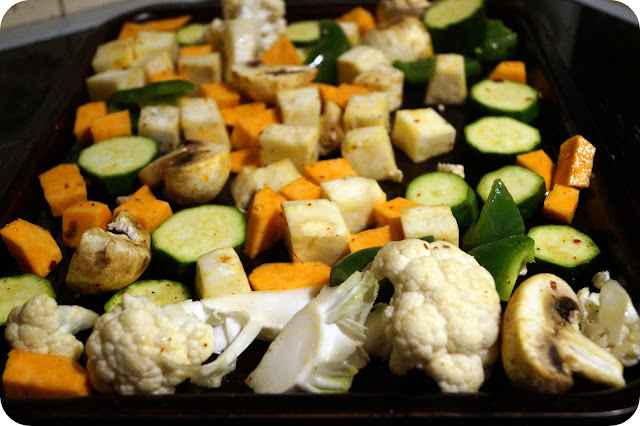 Quantity wise, I chose a large flat metal baking tray and kept adding my chopped veg until the tray was nicely covered. I reasoned that if I made too much it could go in the 'fridge til the next time.  I needn't have worried! 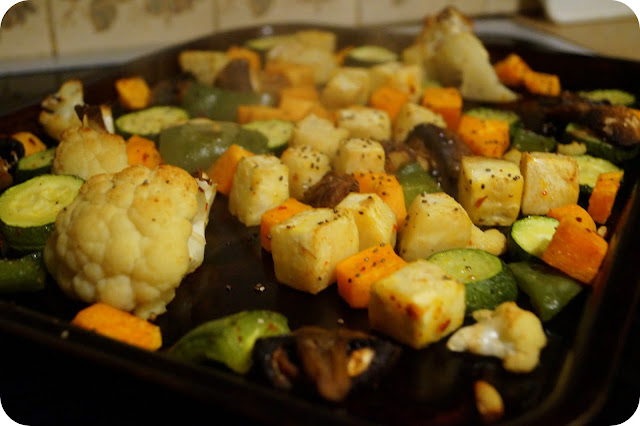 Now.... get some oil - sunflower or olive - about a tablespoon and drizzle the oil over the vegetables.  Using your hands ruffle everything together until the vegetables are coated. 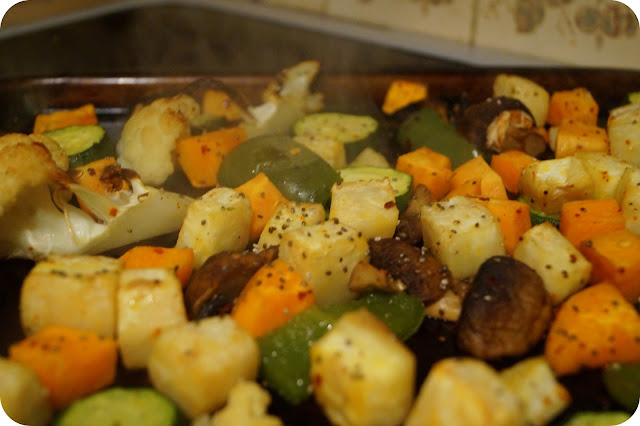 Place your baking tray in the centre of your pre-heated oven (200 deg c) and roast for about 20 - 25 mins until all yummy and soft and golden brown and succulent and tasty and steaming hot! 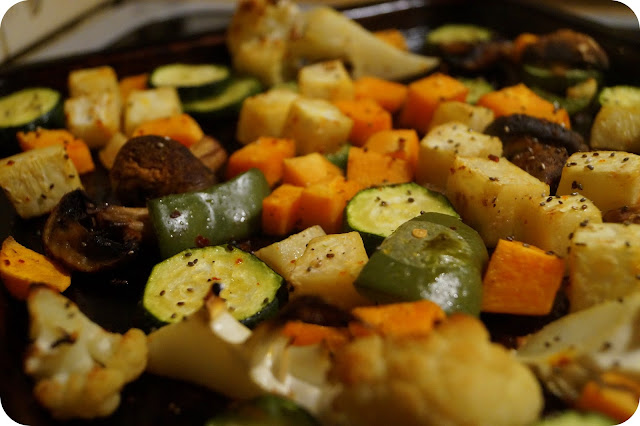 Now, if you can hold yourself back from scoffing the lot, serve it with your main for a scrumptious meal..... and if per small chance you have any left, the soft and tender vegetables are wonderful warmed up and served on freshly toasted soda bread for lunch the next day.

Now, should you like a slightly more sensible version of this recipe rather than my overly excitable rendition - have a look HERE.

And if you need any more encouragement to try - when I ask the boys what they fancy eating - so far their first request is 'whatever as long as it has roast vegetables...'

Email ThisBlogThis!Share to TwitterShare to FacebookShare to Pinterest
Labels: recipe