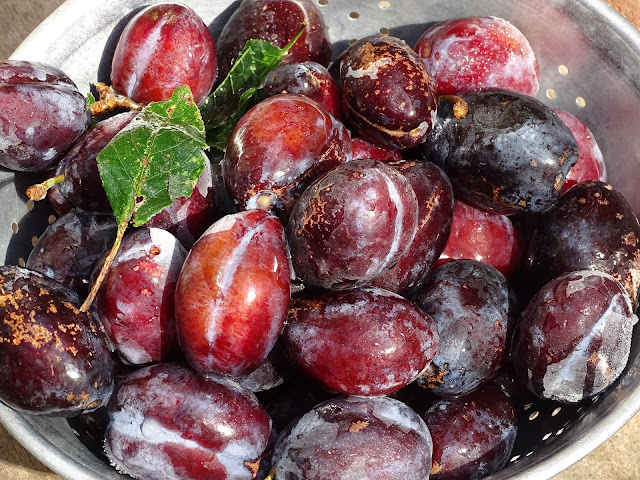 On Saturday I was given a kilogramme and a half of the juiciest plums, except they weren't juicy at all -  they had just been dug out of a neighbour's freezer and they were little arctic blockettes of solid purple ice! I was delighted and despite the very real threat of frost bitten fingers - I made plum jam. 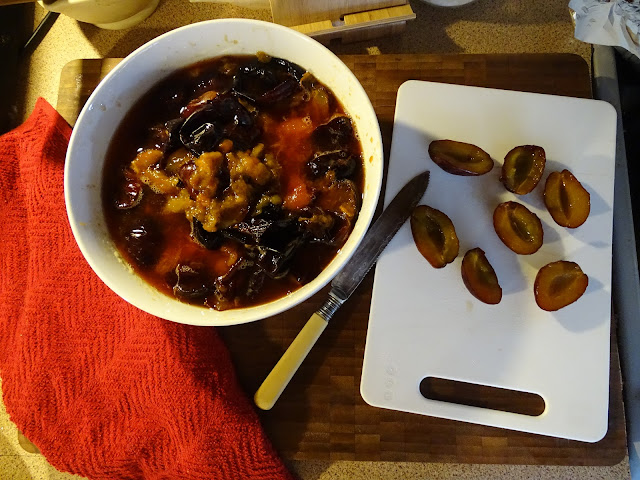 The flesh was so cold as I began to whittle out the pits then it started to thaw, it became soft and the promised juice filled the bowl while kitchen filled with the scent of summer. 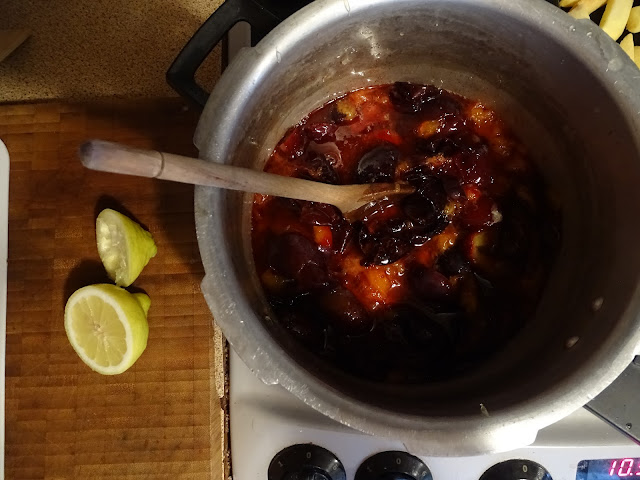 A goodly squish of lemon juice was added and the fruit pulp simmered for about 40 minutes to soften and become thick and dark - time to add the sugar. 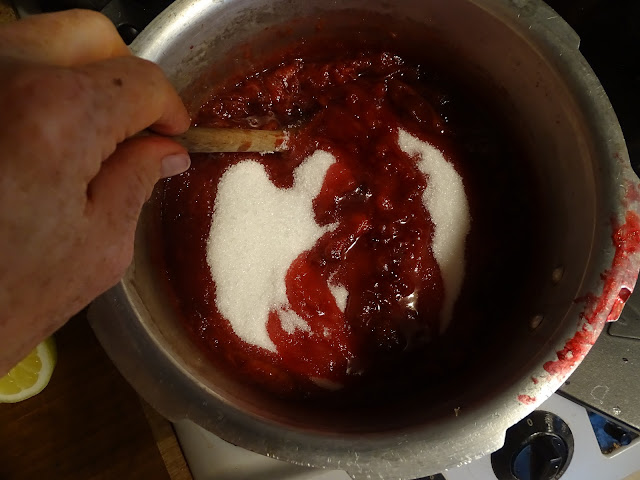 The juice transformed into the most deliciously scented syrupy plum magma as it bubbled and boiled, a thick volcanic glorious gloop. 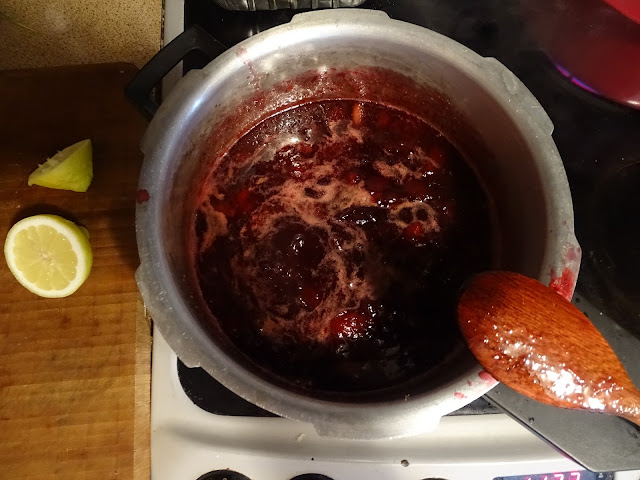 I filled seven jars of liquid purple gold and a small bowl took up the excess - we would eat this first. Then as a thank you, once the jars had cooled down and the lids had clicked tight, I took a large jar to the neighbour who'd given us the plums. 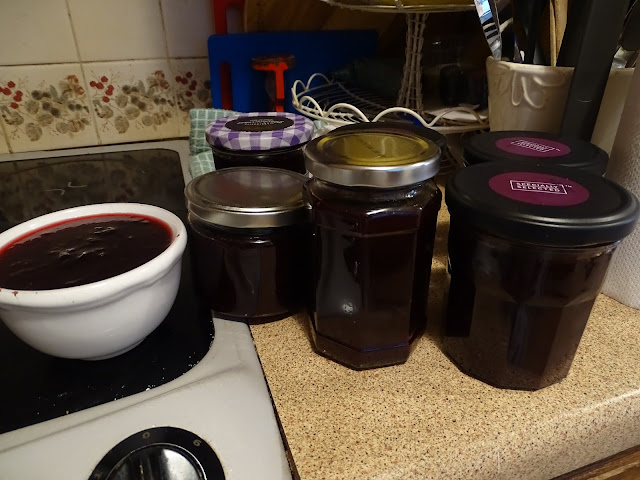 Hot buttered toast slathered in home made plum jam made my day - bliss.