When I typed the post title - I had a song pop into my head.... 🎵🎶 on the road again ......and try as I might I could neither 'sing' any further than that line or remember who it was ... thank goodness for 'Duckduckgo' (an add free, track free search engine alternative to the all pervading g00gle)

It was called .... On the Road Again and it was Willy Nelson - problem solved!

Now where was I, oh yes,

We bumbled on through the countryside, there was no rush, it was just us and Zeb and we were 'just going with the flow'. 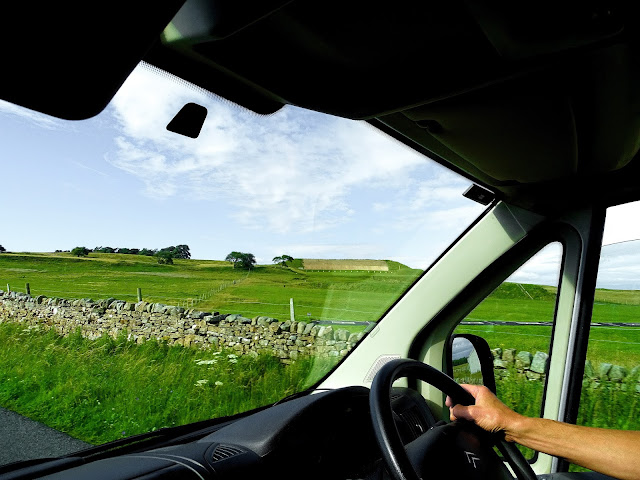 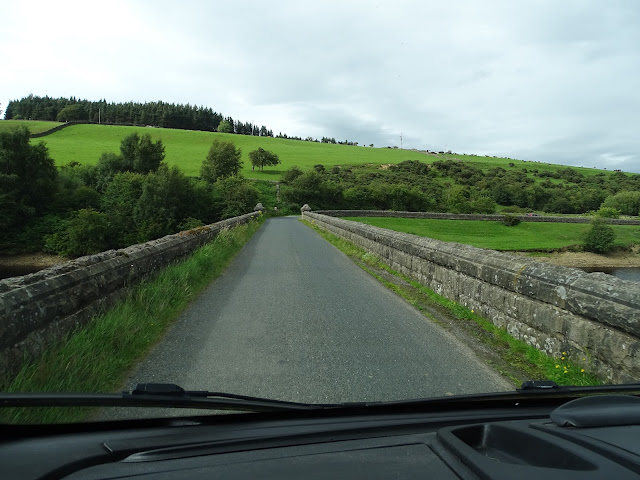 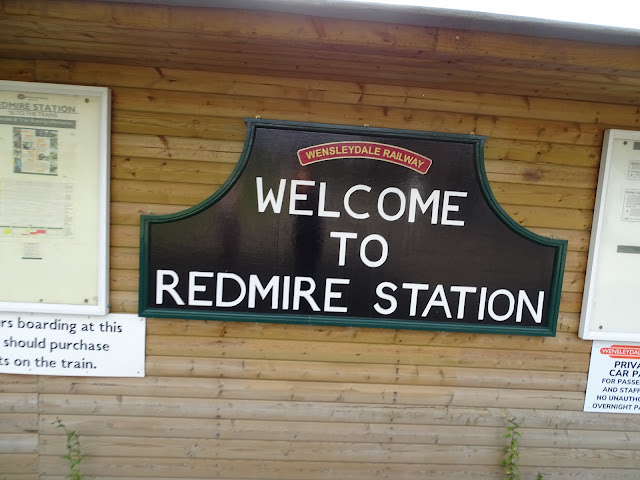 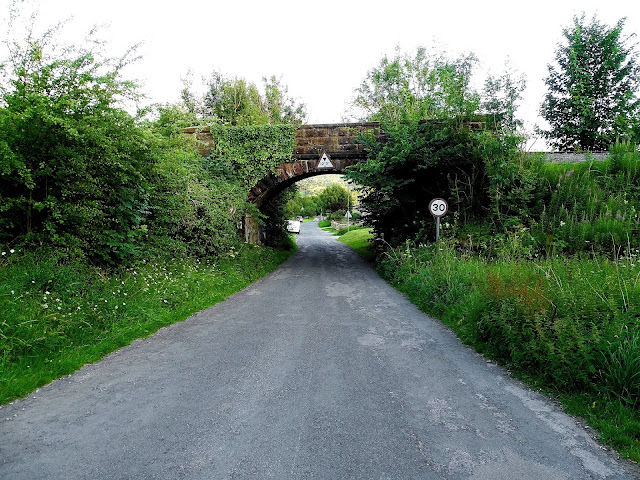 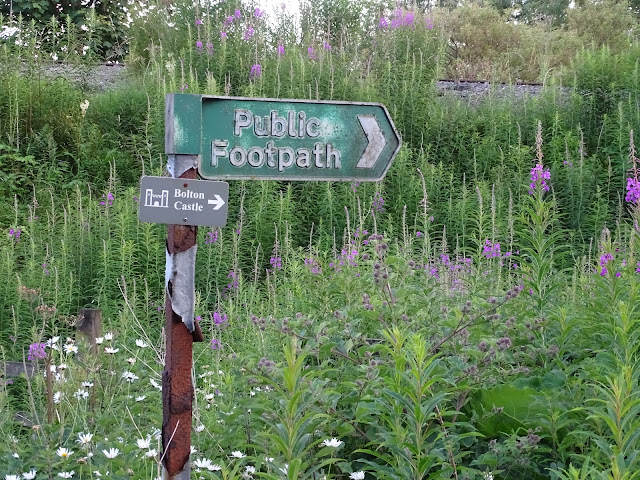 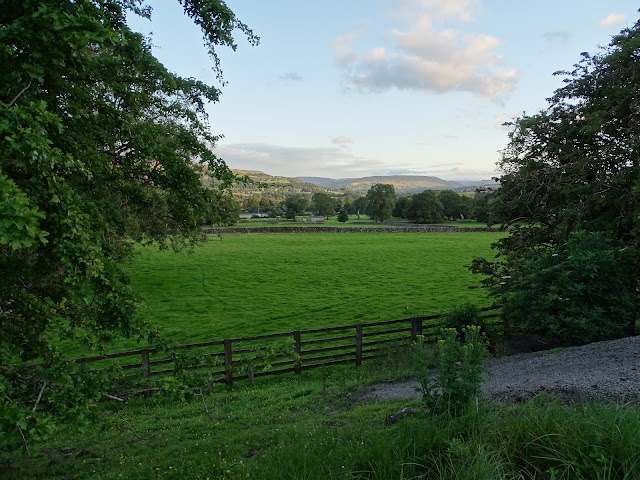 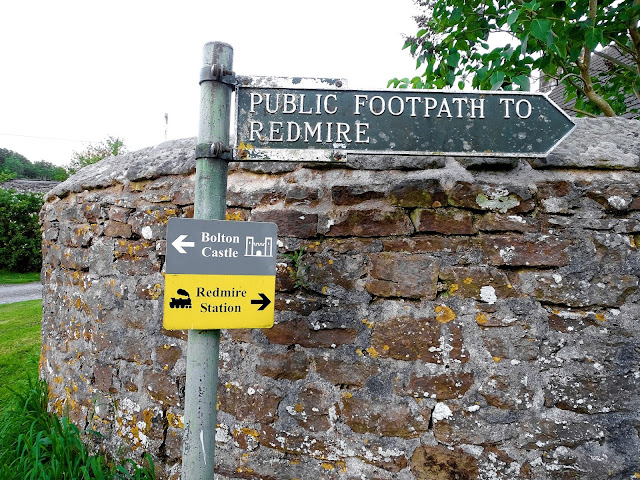 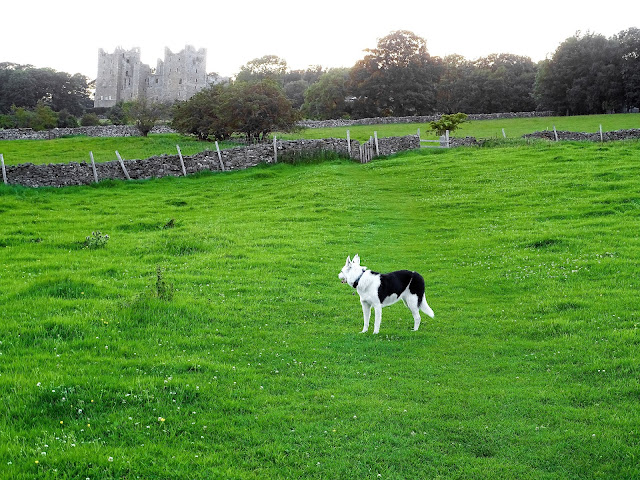 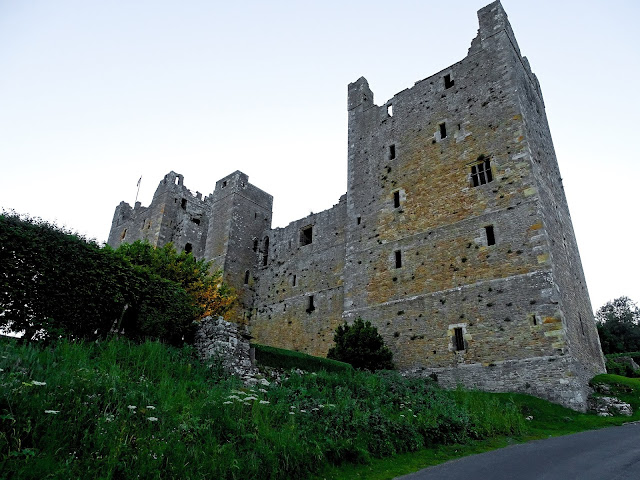 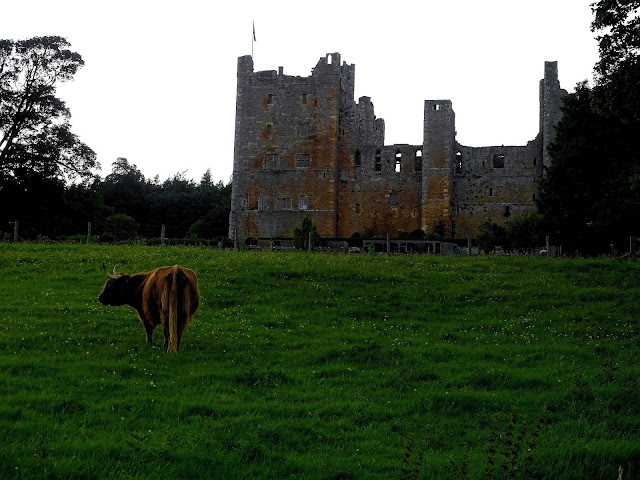 We eventually stopped at Redmire Station - a now volunteer run railway station that allows 'wild(ish) camping' on their grounds for a donation. We had three potential sites we could use, the first being the lovely Gouthwaite site from earlier in the day, however as lovely as it was, it was too early in the day to stop so we ear-marked that site for another time. The second one, a wild and distant one high up on the moor with just enough space for four campers - Himself has set his heart on this one -unfortunately it was so over run by 'fly-campers' in their pop up festival tents, cars and kids that we kept going. Saddened by the litter and the large groups of carousers sitting around fires.  The idea of wild camping is to leave no trace and if anything - leave it better than you found it.

Our stop for the night - although not as wild as we'd hoped, was a pleasant little space tucked between woodlands, fields and a flower-filled railway track.

There were a couple of others quietly staying as per the 'wild camping code' which was in such stark contrast to the last place we'd visited.

We set up, fed Moss, I cooked a huge bowl of pasta and we sat, it companiable silence as we ate and looked at the far hills. There was still enough light to do a walk so as soon as we could, we followed the path to Bolton Castle - one with a lot of history worth reading about.  The light faded gently making the views soft and hazy - it felt like we were the only ones out and about. We followed the path up to the castle which took us through the centre of the sleepy village. Then, as dusk was definitely on its way and the first stars were beginning to appear, we returned back via the fields and village of Redmire to our waiting van. Our first night out in Zeb. And so far - we were loving in!