Millie gets a move on

During Victorian times, woman - and not just mill working woman - took to wearing a long slender shawl called the Sontag, named after the German singer called Henrietta Sontag who brought it to the attention at that time. It wrapped around the shoulders and the back of the neck, crossed over at the front and was either tied or tucked into a belt at the back. The earliest written pattern found for the Sontag was in the 1860s. 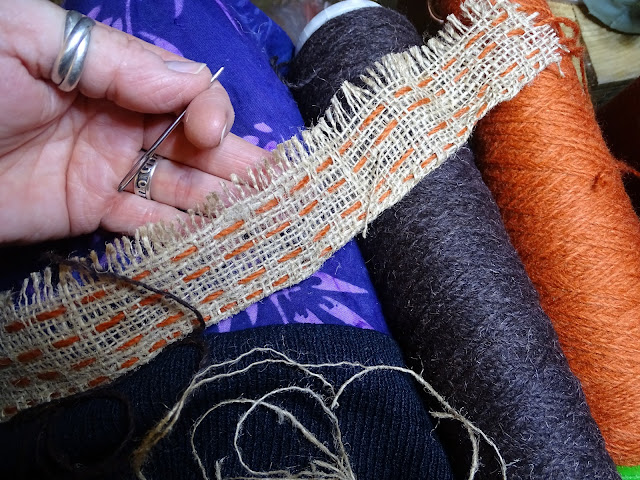 It felt fitting that Millie should have one as it would allow me to incorporate elements of Himself's work in textiles. The hessian itself originated from India, transported to Forfar in Scotland and then down to the textile mills in the northern England. The wools are 100% British wools from mills in Huddersfield in West Yorkshire. So a rough and hardworking Sontag was made for Millie, to keep from being cold in the linen mills during chilly early starts. 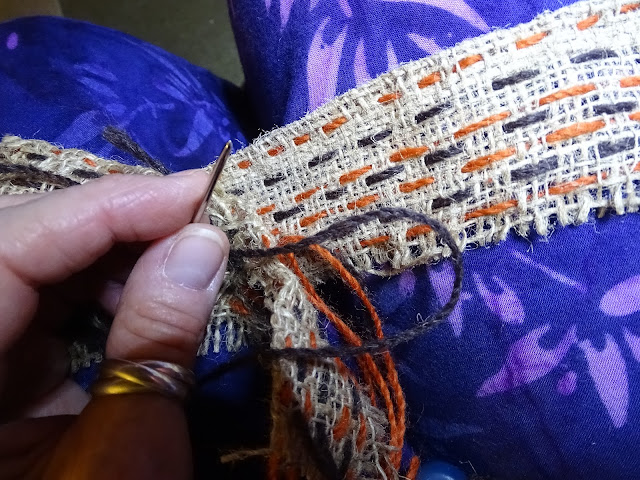 Her skirt was given a patch - using a snip of linen left from cutting out the pattern, it felt right to use every last scrap, then simple boro mending was applied - to allow it to be both functional and decorative. 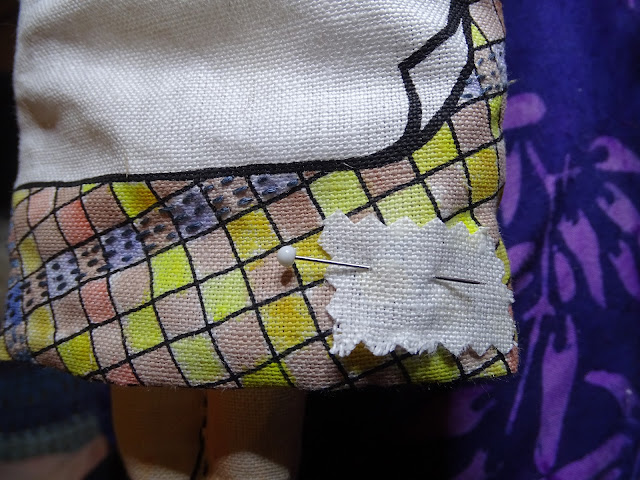 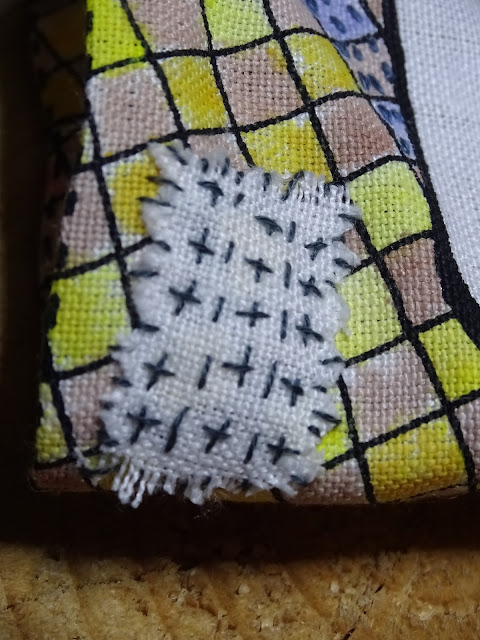 The original fabric doll had printed hair ribbons holding her plaits back. However, once the body was sewn and stuffed, these once prominent ribbons seemed to flatten out - so strips of red fabric were retrieved from the snippety-bits-basket and attached. Ribbons were very expensive and so would have been precious and worn with pride and love. 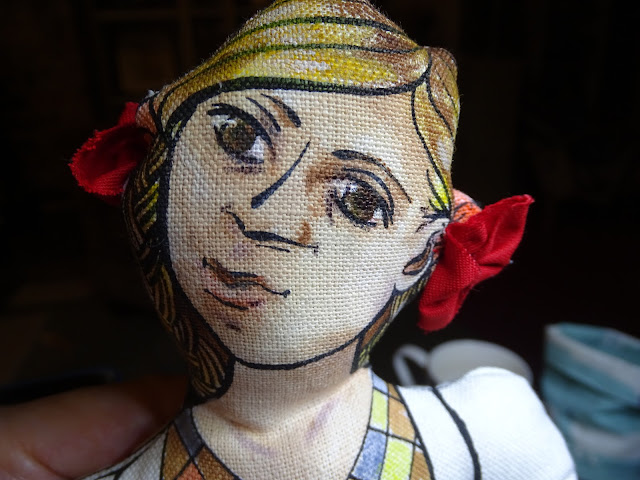 The working mill woman would have had a simple working style of chatelaine belt, not decorative but a purely functional version where all the tools of the trade were hung and in this case a whistle which would have been used to be able to be heard above the clatter of the weaving machines. Most mills were several stories high and the noise would have been almost unbearable. Millies learnt to lip read so they could communicate during the long working day which usually started at 6am, finishing at 6pm with an hour for lunch. 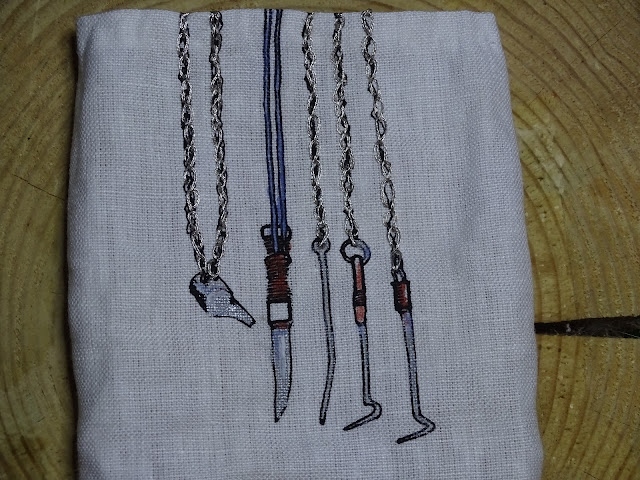 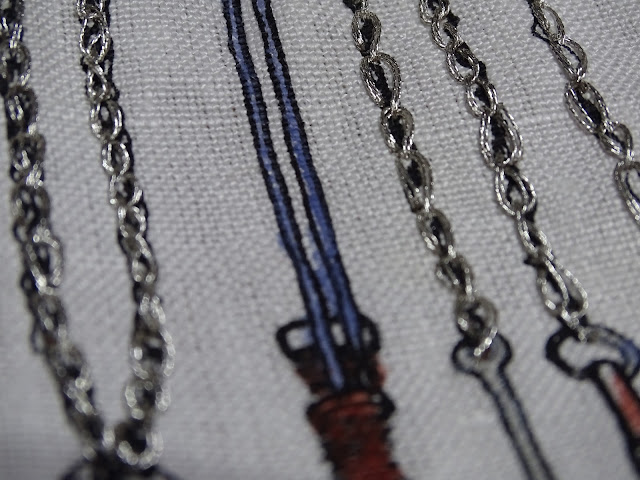 Aprons were not just the domain of the working class, nearly everyone had some form of pinafore or apron to protect their clothing. With needing to protect the few items of clothing they had not just from wear and tear but from general dirt, a protective pinny or apron was worn by both women and men, rich and poor alike. 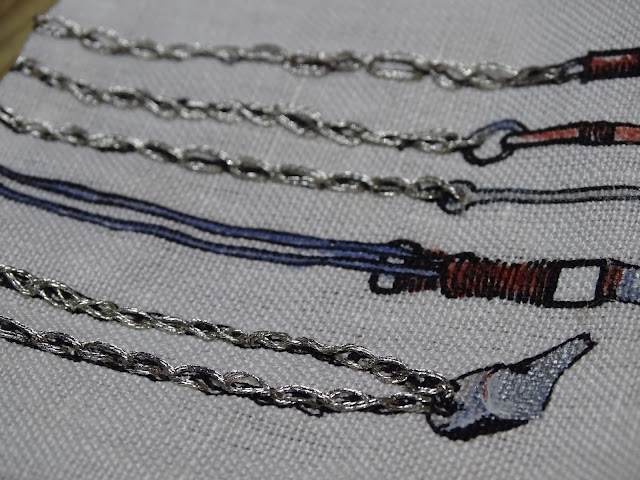 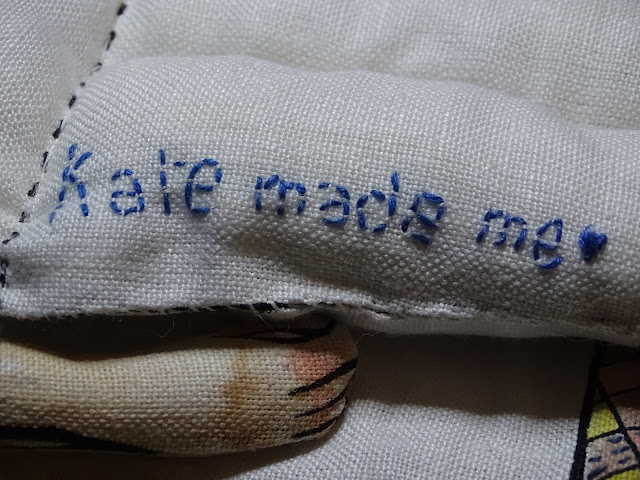 Time marches on, Millie has a date to keep and I have to make sure she keeps it ... 💙