The making of Millie

A few weeks ago, I tentatively applied to be part of a textile exhibition (I know - a little preemptive of me you will think seeing I have only really started sewing since lockdown....) There were some criteria - quite specific ones. None of which I filled ..... so instead I wrote how the theme of the exhibition still affected us today - specifically Himself ** , I then pressed submit and hoped that I might be considered.

The beginning of this week not only started with a Monday but it was accompanied by a thud of post through the door. I had been accepted and I had two weeks to complete my exhibit.

Meet my Making Millie - a linen doll designed to celebrate and to acknowledge the working women in the linen industry and the hardship and health hazards they had to endure. 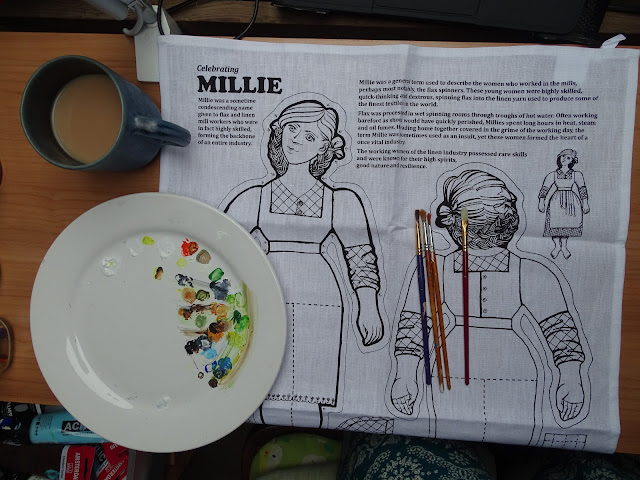 Printed on a linen tea towel - still made in the original mills of Scotland and Ireland - Millie is fabric doll waiting to be decorated and sewn together then posted back to Scotland where she will be part of the display. 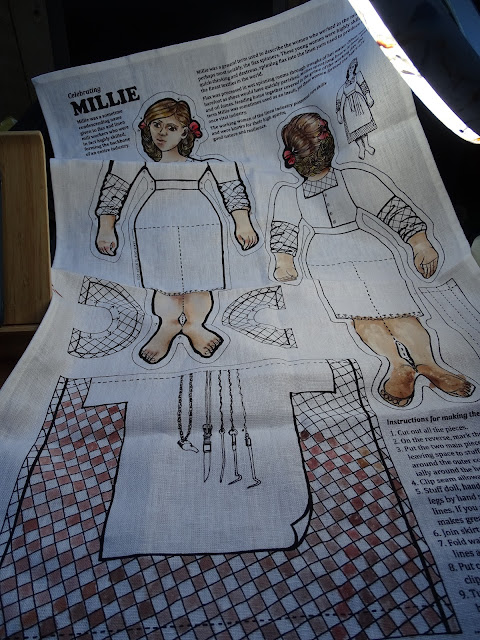 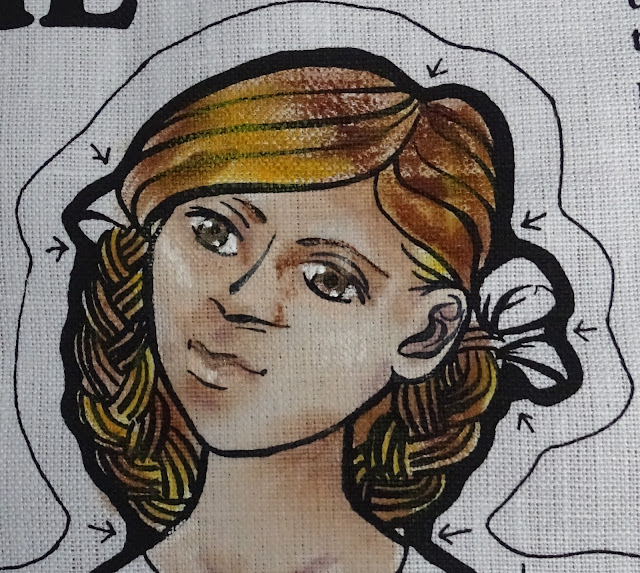 It did not take long for me to decide to paint directly onto the fabric before cutting out, then once dry, to work in thread onto the painted areas building up detail. 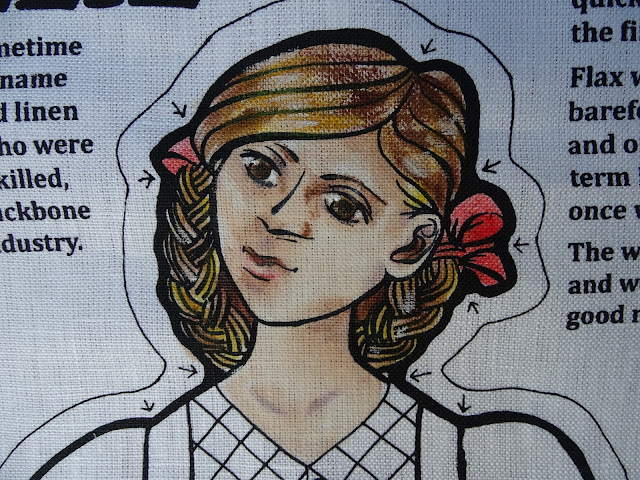 Over the course of a couple of days, I gave the black and white linen print layers of colour - I very quickly learnt that linen does not behave like paper! Which is kind of obvious however, I still, even with careful addition of paint or water found that the fabric disregarded my caution giving me 'interesting' marks and patterning. 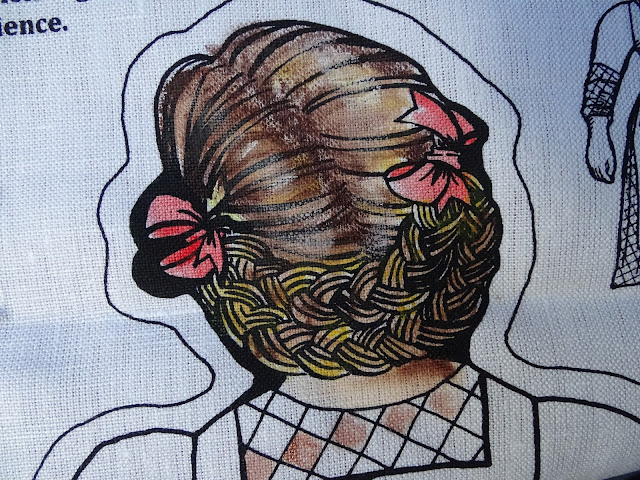 However, after possibly a third mug of tea and a severe looking at and probably a dozen sighs and furrowed brows, the linen and I came to an understanding and we began to cooperate. 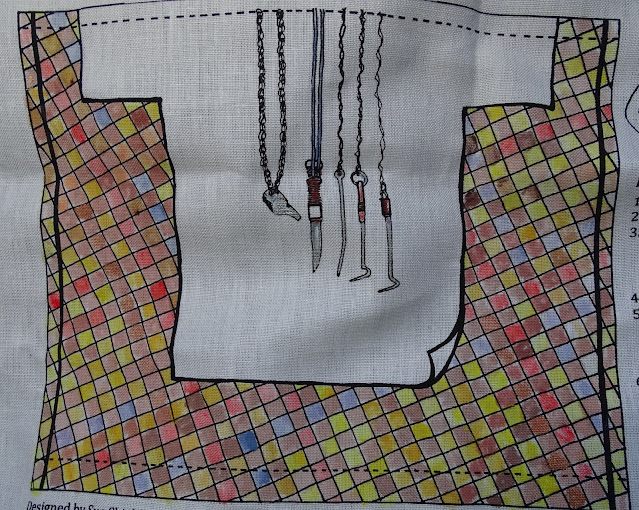 I did a little research on line to see if I could find out a little more about fabrics and textures of clothing worn by the working class women however unsurprisingly all the photos were in black and white and predominantly the clothing saved and in collections from that era were from mostly the wealthier classes - unsurprising really, the poor would have worn their clothing until it fell off them and used as rags or would have been cut down to make children's clothing, leaving very little left.
This thought - of clothing being used until it was no longer usable struck a cord with me - directing me towards the next stage of Making Millie ..... more to come.

**.. and why specifically Himself? I'll explain later.