When it rains - reminisce and bake!

It is, I have to say, lashing it down outside.  Storm Christoph has landed and drenching every last inch of ground and filling all the rivers to bursting point. If there is a let up some point today, I'll take my camera and see what I can see. But until then, baking (recipe to follow), blogging and housework are the order of the day. 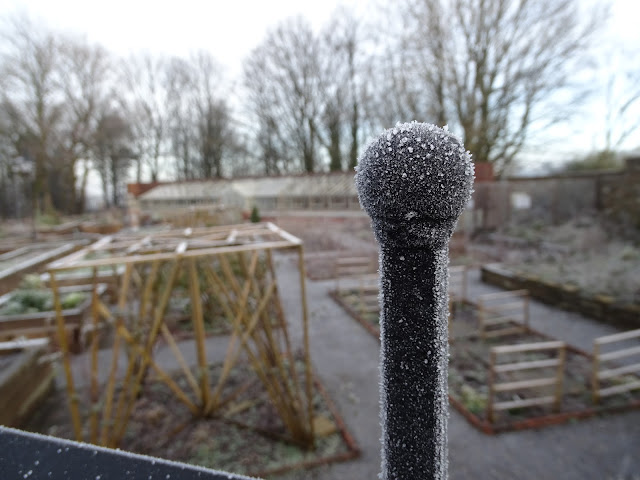 The morning I took these photos could not have been further from today's monsoon-like behaviour. It was such a crisp and icy day. The air was so cold I could feel it's cutting presence on my face as I walked through the garden. 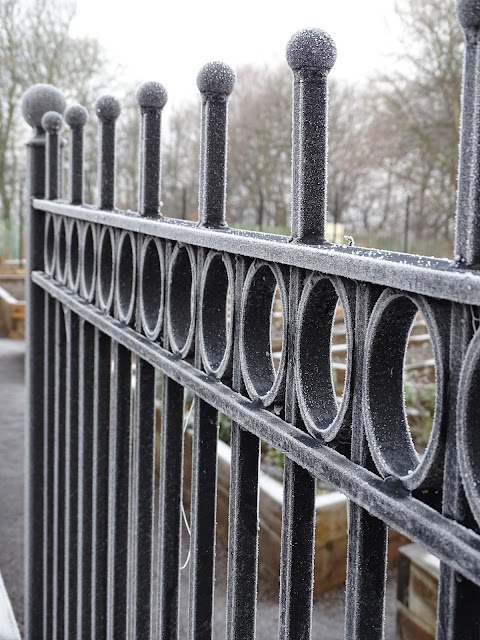 One of the first tasks of my morning (after grabbing the mug of tea made for me) is to walk around the garden with my camera. This particular morning in stark contrast to the soft and billowing snow of last week, was filled with sharp and glittery ice crystals. Everything twinkled and shimmered. 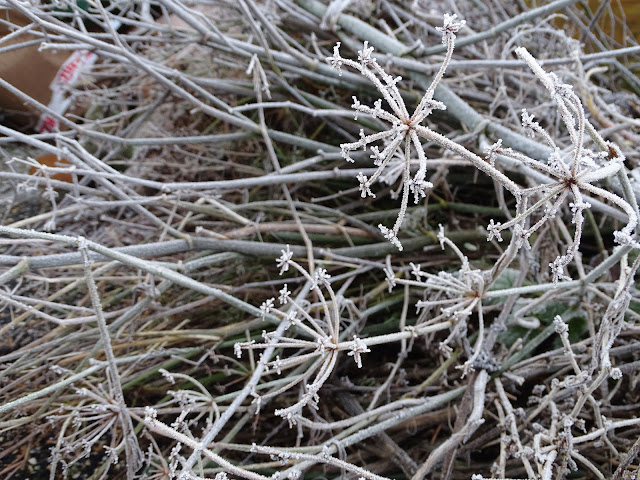 The cold frames had the most beautiful 'William Morris-esque' swirls and feathering which, I am sure, if you sat and stared closely you would spy flowers, fairies and magical creatures hidden in the patterning. 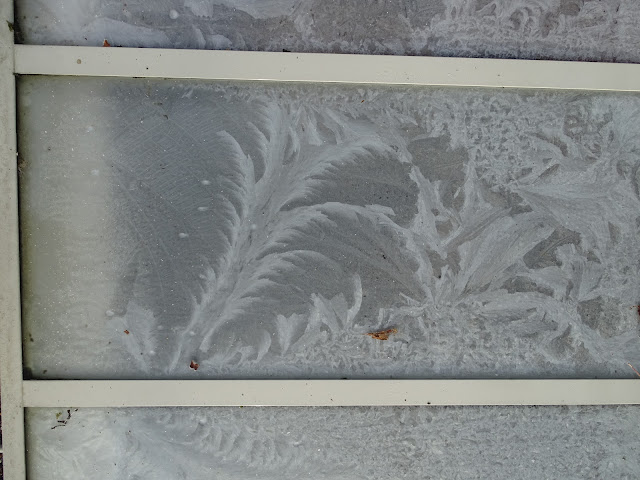 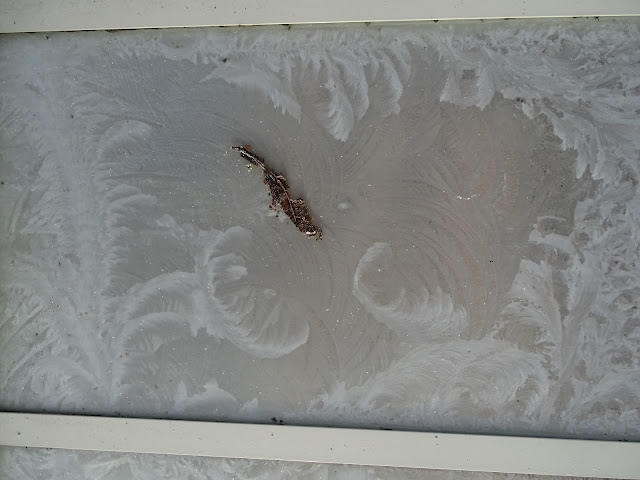 There is an old Victorian lamp in the centre of the garden which has been given modern LED lighting but retains it's charm and when the snow was still about, I called it the 'Narnia Lamp-post'. The ice highlighted the beautiful fleur-de-lys inspired decoration. So much more aesthetically pleasing than modern street lighting. 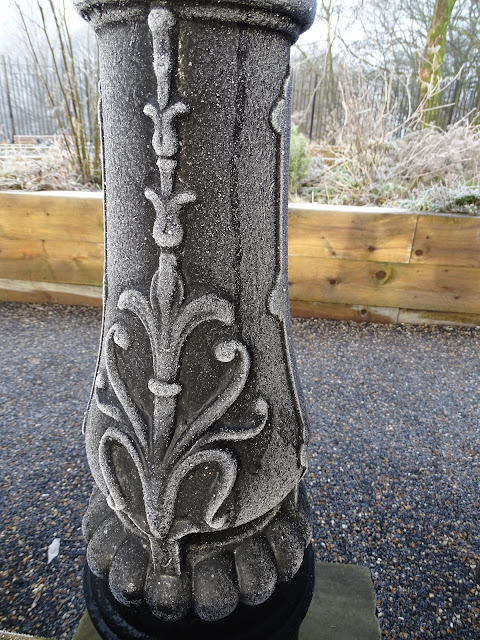 There are still a few overwintering vegetables waiting to be harvested. The red cabbage was so frozen I could have snapped a leaf in half - apart from the fact the ice crystals were so dense and hard, I found it difficult to grasp. 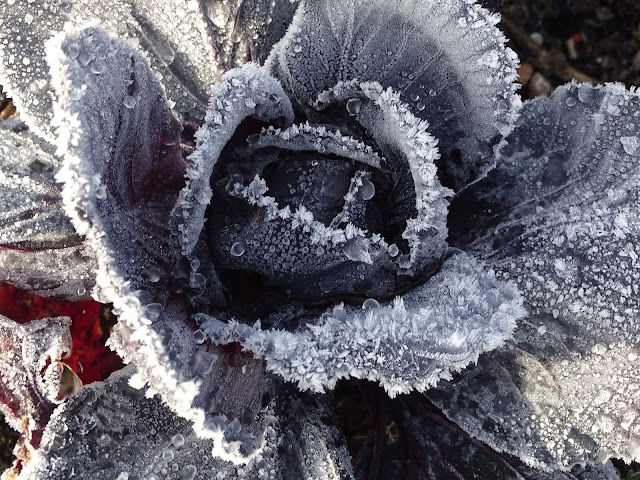 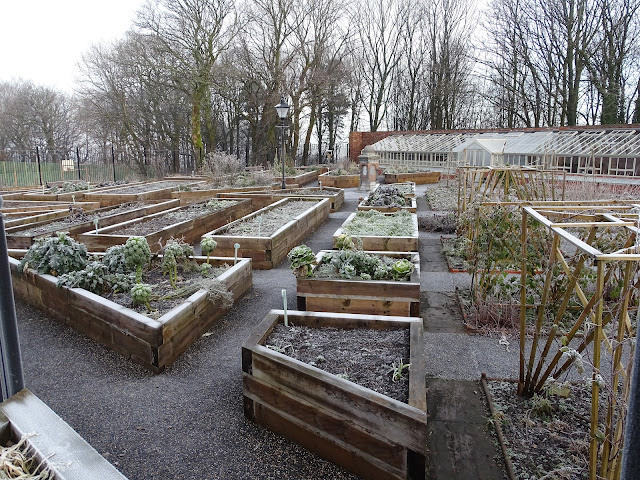 The wonderful slightly earthy warmth in the heated half of the glasshouse was almost too much of a contrast to the crystal clear air.  I soon removed a layer or two of clothing, before starting work in the green scented space  - delicious. 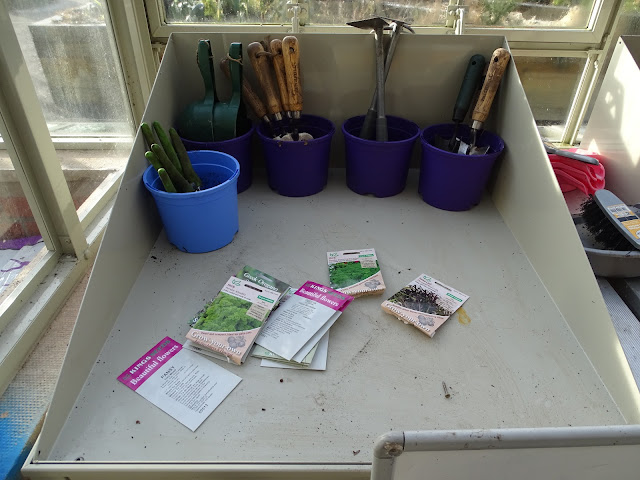 Once I'd got some early sowing done, I returned back out to barrow about one tonne of wood chip (I jest not - once again I did not need all my warm clothing on!)
One of my final jobs for the day was to pick produce for the cafe (the building in the photo) so soup could be made for the weekend's covid secure takeaways. 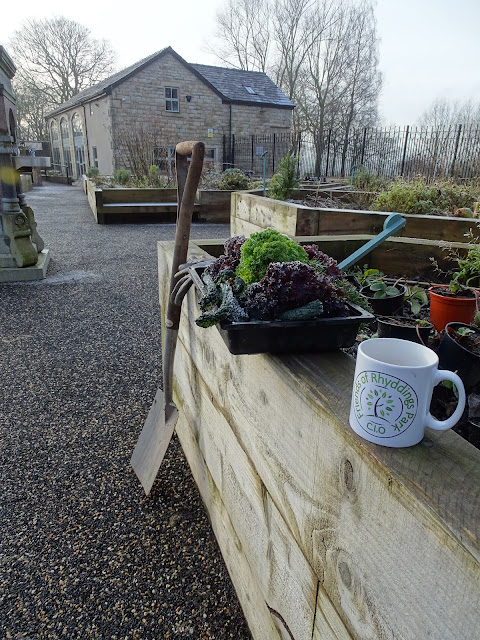 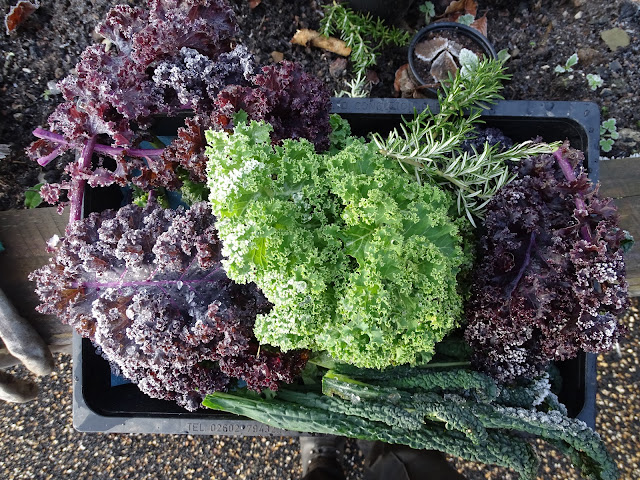 It could be said it was a good day.
And the recipe to follow?
Well, this is a bonus 52 New Recipe Challenge (coz I had the 'I need to bake' itch and fancied trying something new). 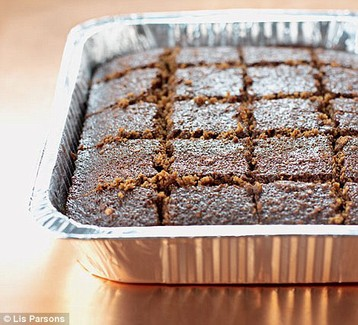 image from website
Sticky Gingerbread
Easy to make, filled the house with the most delicious scent of cake and ginger BUT unless you like your gingerbread mild with hardly a hint of spice - follow the recipe.
However, if you like your cake to have a bit of flavour - really amp up the spice quantities. The cake is succulent and tasty but hardly worth mentioning the 'ginger' word in the title.
So...
Was it well received?  It is cake - need I actually ask that? Most of it was eaten before it had fully cooled down.... sigh.
Would I make it again?  yes, however I will certainly give it a decent amount of flavour - gingerbread cake needs to taste, well, gingery! 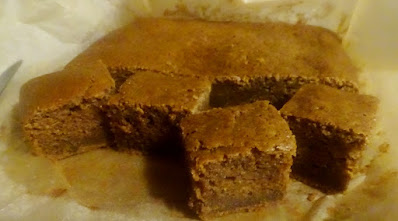