Waaay back in September,
inspired by my visitors to the bird table,
I started painting a robin... 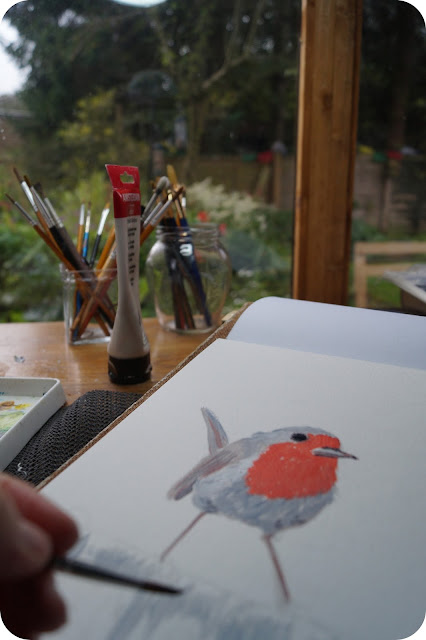 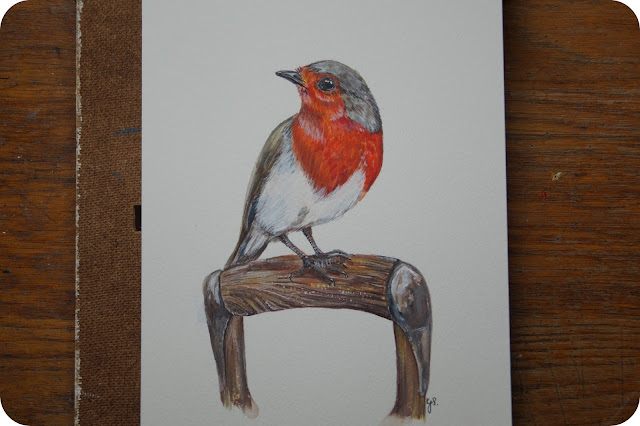 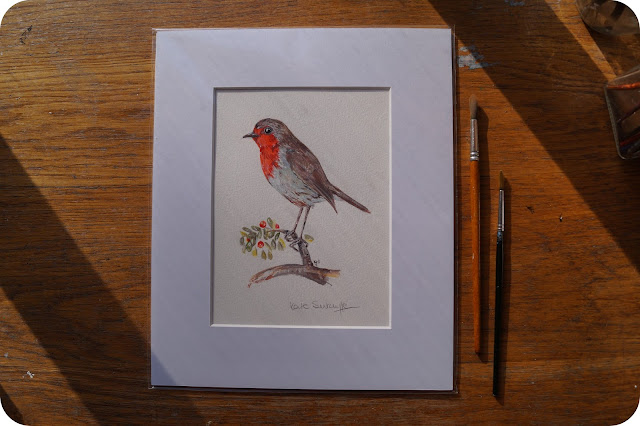 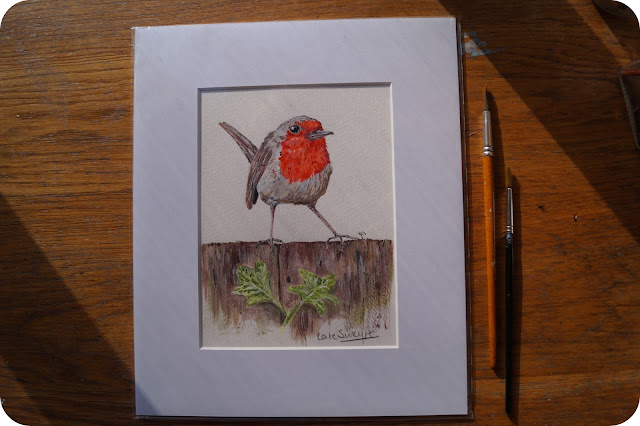 Ever wonder why there are robins on cards?
In times past the postmen wore red tunics and were called 'Robins'.
So during the festive season,
more 'Robins' than normal, were seen delivering gifts and cards.

The bird itself was originally called 'Redbreast'- in the days before the word orange existed
(are you with me so far?)
Then, it became a habit that birds were given a 'full name'
so the Redbreast became Robin Redbreast,
the wren became Jenny Wren
and the daw was called the Jackdaw.

Interesting isn't it?
How language evolves, words get lost or morph into new ones.
I find it fascinating!

So - there, another alternative to Julie's Scrapbook Advent Calender 2018!

You can join in too - just pop over to her page HERE for the list and instructions as well as see the other bloggers who are taking part.
at December 06, 2017