Not all traditions and rituals are universally accepted or done - each individual family will have their personal take on something simple and repeat it year on year.

Ours is the annual delivery of cards around the village. We have been doing it ever since we moved here (nearly 18 years ago). At the beginning when the boys were small and we had 'giddy dog' and it would be a whole day event. We'd walk up one end of the village, return to the house for a break, snacks and warm drinks, then we would walk up to the other end. As they grew - the route became circular and completed in one go. If it was snowing or icy - then the sledges would come along too - then at the end of our delivery we would return and recuperate with mugs of steaming tea and mincepies in front of the fire.  There was always a lot of play and seemed to take all day to get round - but it was our tradition - part of the season, part of village life.

They grew (the boys) and the route, now well worn seemed easier and shorter.  The last few years - it is me now with the shortest legs and they have to slow down for me :D

Yesterday, it was only Eldest, myself and Moss doing the round. It was bitter and you could taste the metallic iciness in the air. Although the sky was clear above, either side of the valley you could see heavy clouds looming. We walked round quickly - to keep warm and hopefully avoid the impending weather. 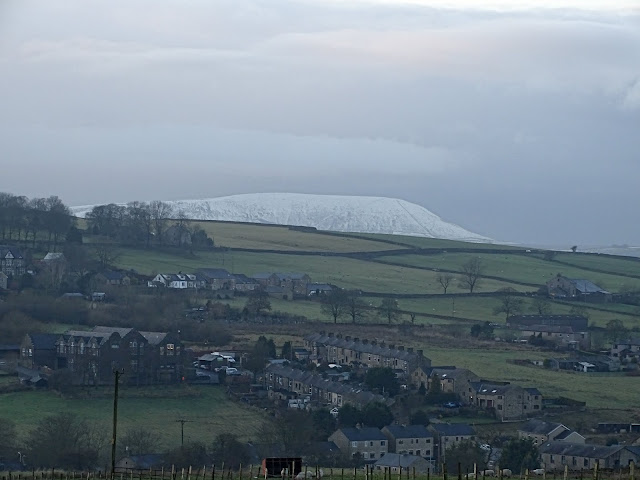 There was a surprisingly amount of dog walkers out, all wrapped up warmly. Some where wandering slowly nattering with friends while their dogs played in bouncy circles around their owners, others were head down and marching with their dogs trotting alongside - duty bound to get out and about and back before it was dark. 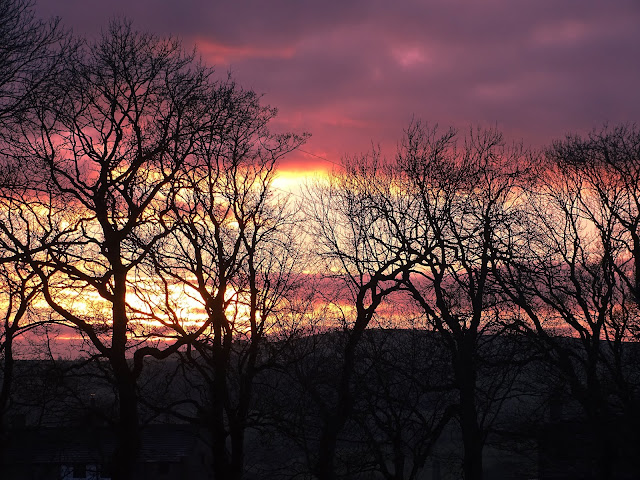 As ever, we both had our cameras, stopping to capture the sun through one arm of the approaching clouds which glowed like molten candy floss. As we walked the crows, which had been swirling and tumbling in the sky above the fields, turned as one and set off home for the day, cawing and craaking as they flew. We kept moving, no time to linger long. 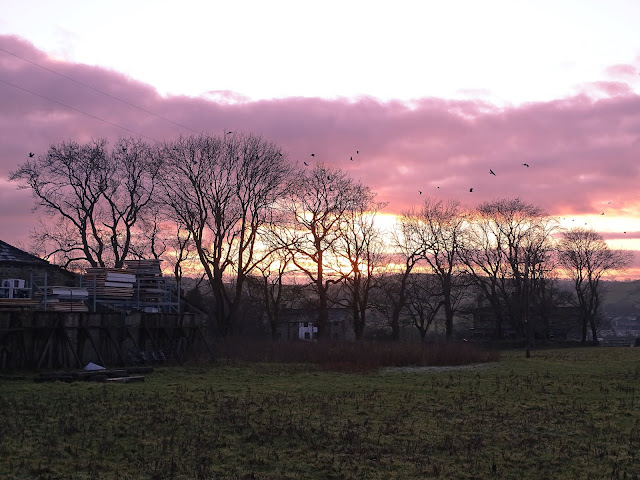 What family traditions do you have or do?
Have a lovely Wednesday xxxxx
at December 18, 2019