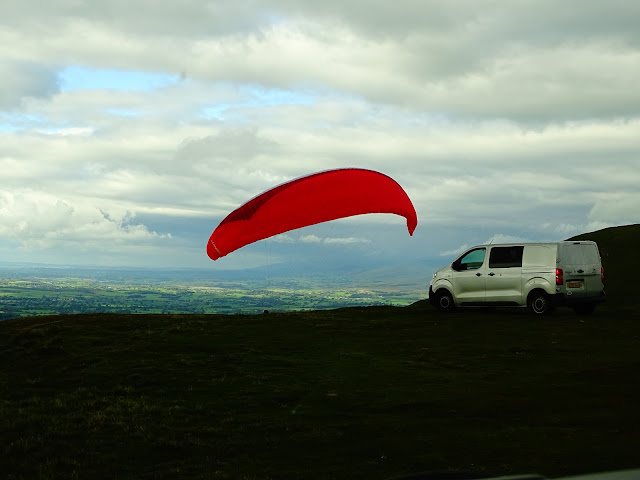 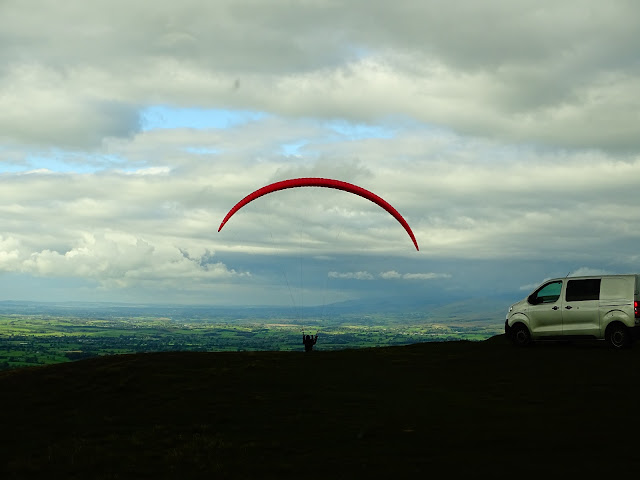 We were making our way home - via a very long way round - after a magical couple of days out.  We'd followed yet another narrow track over the moors, where sheep were brazen and hills were huge. We bumped along the road, round the sheep and the potholes. Stopping occasionally to gaze at the amazing views. 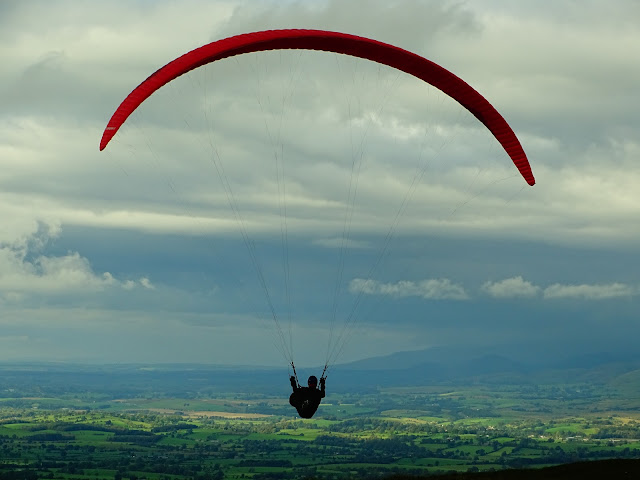 We finally reached the col and decided to pull over and just appreciate the expansive vista.  We were not the only van up there, a small white one was parked closer to the edge and a third one was attempting to drive (rather unsuccessfully) through the mud. 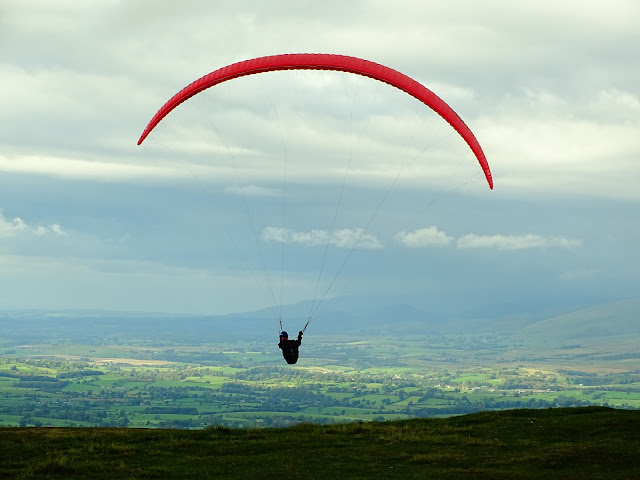 The small white van produced a solitary bloke and his paraglider. Himself stuck the kettle on and we sat watching (in the warmth of the van and out of the brittle-cold wind) as we drank tea and munched chocolate digestives. 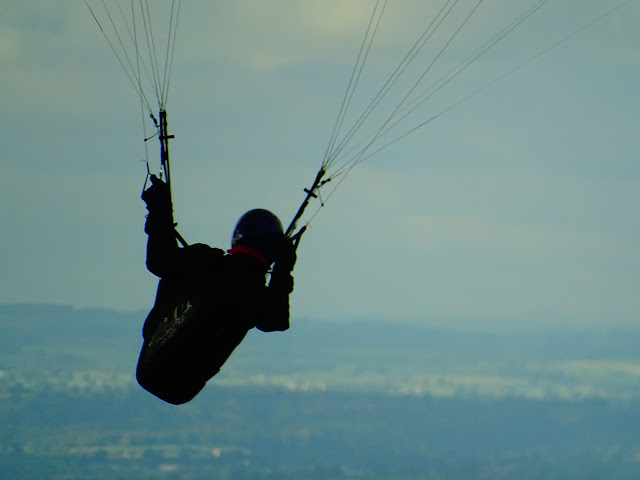 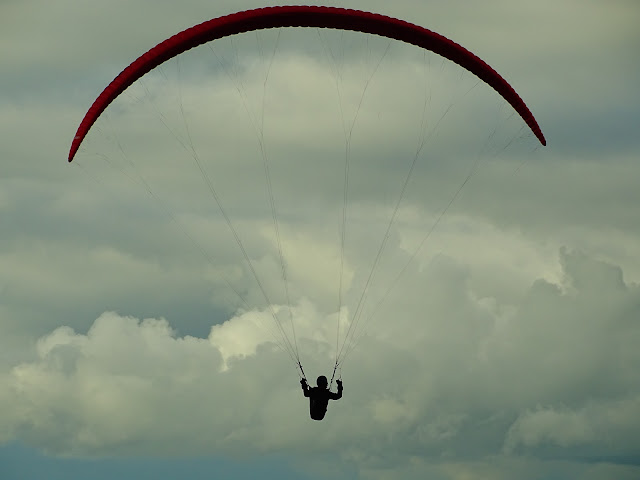 With a stride or two the red wing inflated and the bloke stepped into his speed-bag (the cocoon they sit in) and just lifted up and out into the void. It was amazing watching him free flying beneath the fabric wing. 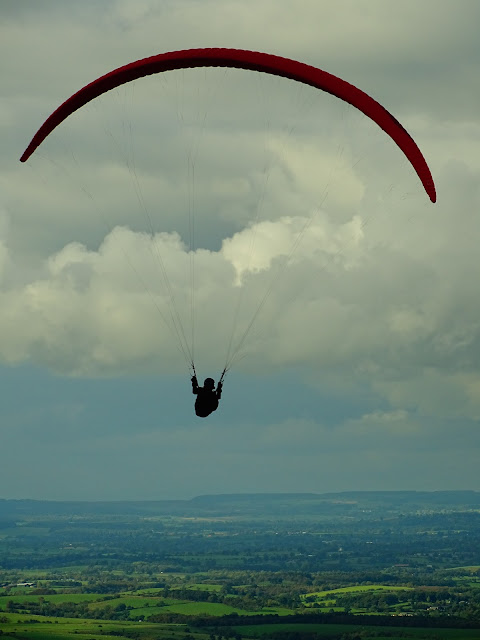 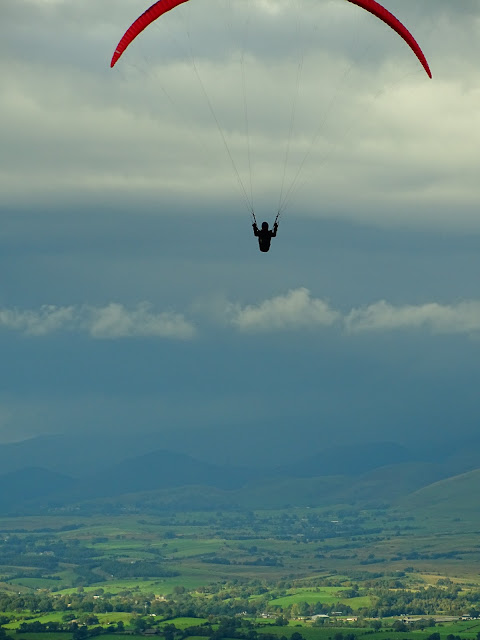 It was magical watching him drift to and fro in front of us. Although he was not much higher than where we were parked, where he was flying he was above an amazing drop down to the valley below. 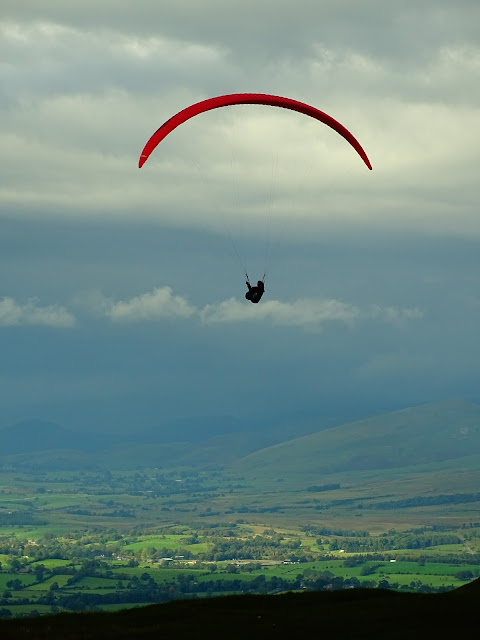 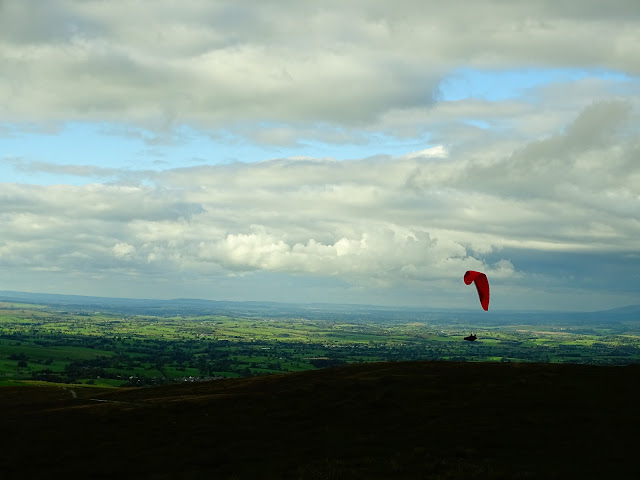 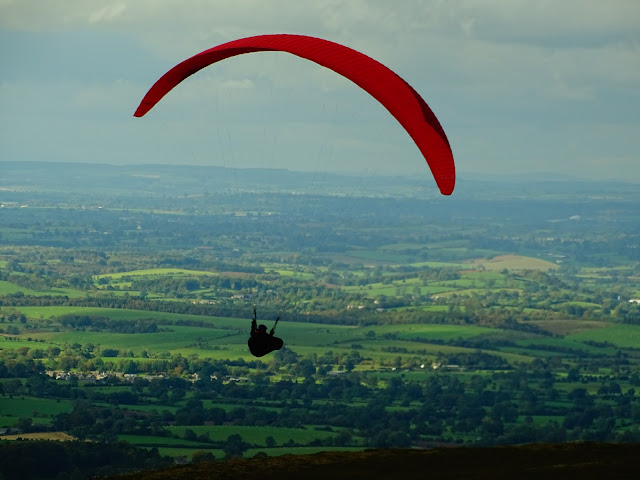 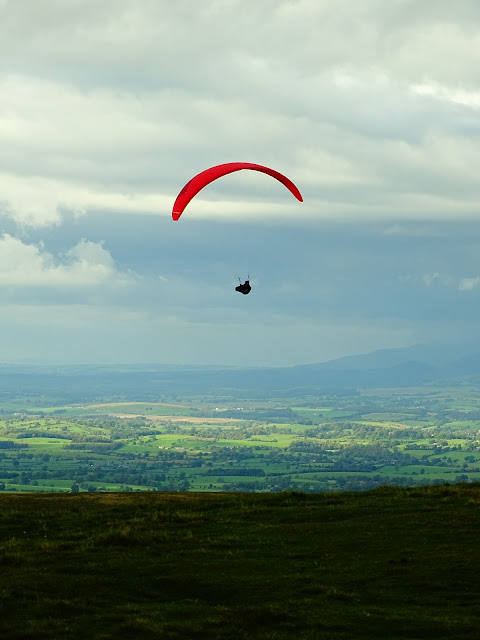 Then, just as our brews finished, he drifted back to the hill edge and landed. With a bit of tidy up of his equipment, he'd put it all away. I felt I had to go and chat to him - he'd provided a lovely 'show' for us whilst we sat in the safety in our van. So, with a nod to the advisory safe distance apart I thanked him for entertaining us and mentioned I had taken a fair few photos and would he like me to email them - so we swapped email addresses and I suspect if the wind was not so cutting we would have spoken longer. 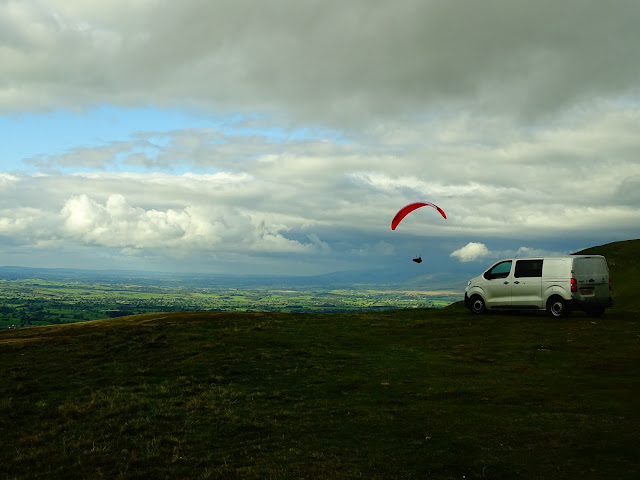 That night, once home, I emailed a few of the better photos and almost immediately he replied, thanking me and to say that wing was new to him and he was giving it a trial. We continued our conversation we'd started through gritted teeth and chilly breeze whilst we were on our way home.  He told me that the uk record for a glider flight is 305km and the world distance record is over 600km!

It is amazing who you meet and what you find out despite these times. It is good to reach out (in safety of course) and try and keep those links with folk as we did before :)

And the van struggling with the mud? It took several attempts, reversing, rushing forward and squelching through the puddles and making it worse. Some people just don't think or even consider what they doing and how it damaging it can be....