Dawn brought respite after the all night rain. We'd parked beneath a deciduous tree and all through the night the rain drops landed on the roof making our van as musical at a kettle drum. A lovely metallic sound...all..night..long.............all......... night........looooooong.......
I managed to get a fairly good night's sleep however Himself was very groggy and tired and needed a good strong brew first thing before he felt anyway human! 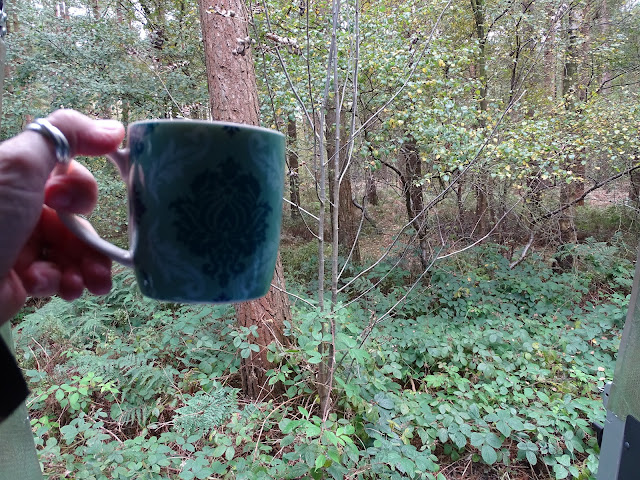 Moss dragged us out after breakfast  as we stepped into the woods. There were several other vans quietly hidden between the trees, most of the occupants seemed still asleep, although there was one sleepy eyed vanlifer clutching a steaming mug whilst he sat on the step, we nodded a mutual silent greeting almost like a secret club as we walked by. 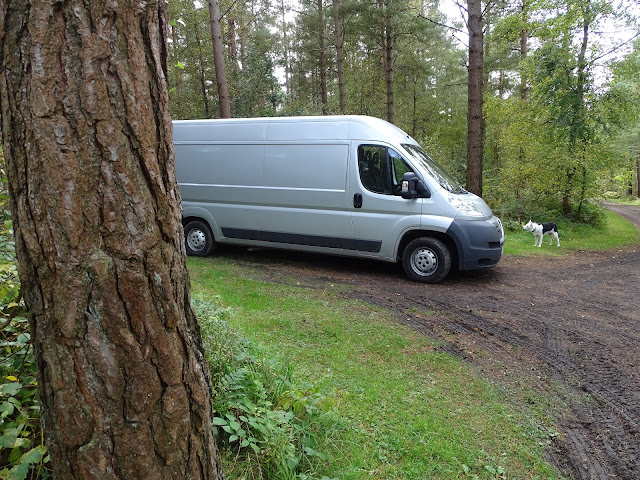 The air was filled with bird song accompanied by the steady crunch of our boots on the woodland paths. Moss bounded ahead, following invisible trails of scent as they pulled her along. 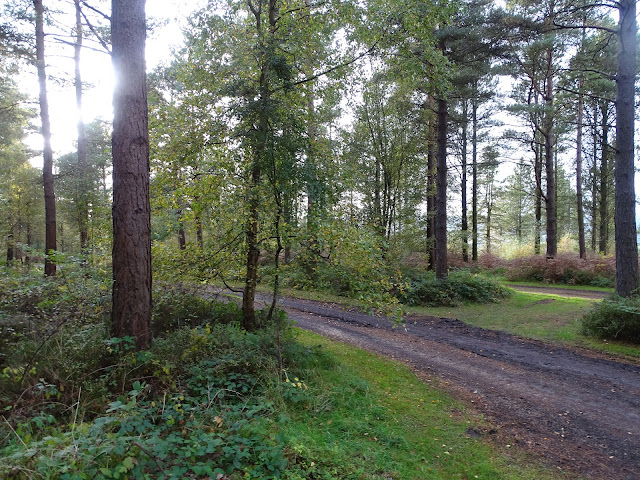 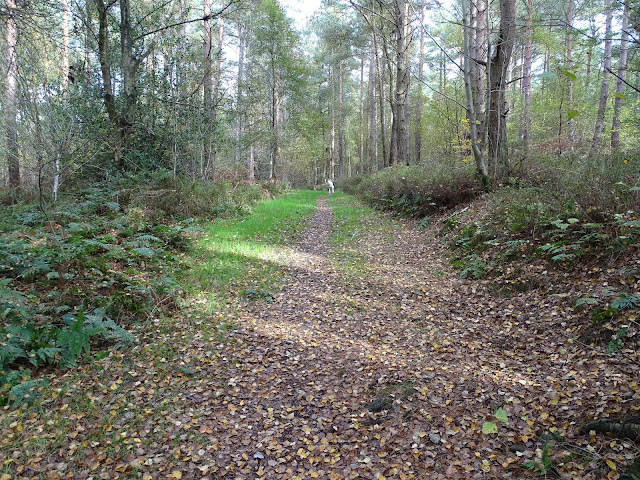 The path suddenly reached the edge of the trees and left us against the side of a vast open moorland with mounds of flowering heather and silver birch trees. A weathered abandoned fence post looked for all as a small wooden Easter Island statue, making us both smile at the incongruous sight. 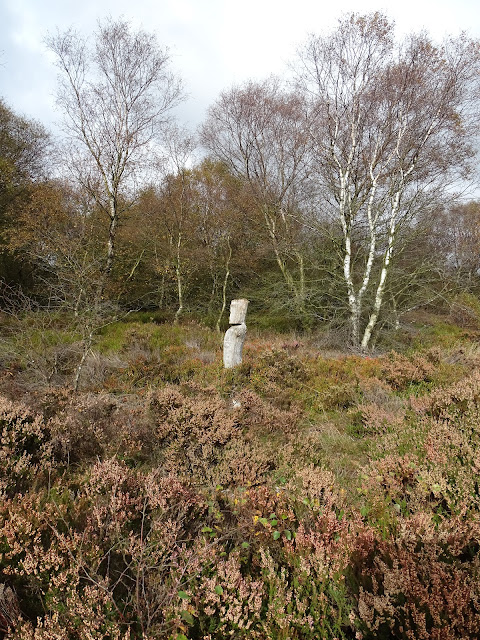 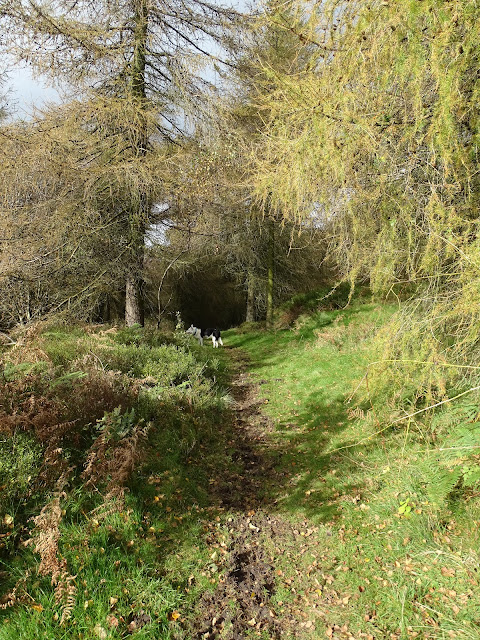 We re-entered the trees and began to head downwards along a puddle riddled track - Moss was delighted and threw herself into the mud and pretended to be a wallowing warthog, grinning and wagging as we walked towards her. 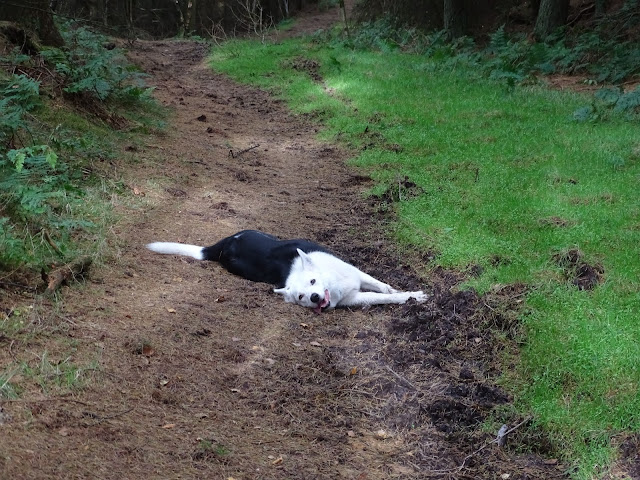 Along our route, we chanced across an abandoned hamlet so we explored and imagined who lived there and what the buildings were. We even found the old orchard with an apple tree weighed down with glossy red apples - unfortunately despite the urge to attempt a little scrumping - we were unable to penetrate the thorny scrub that protected the tree. 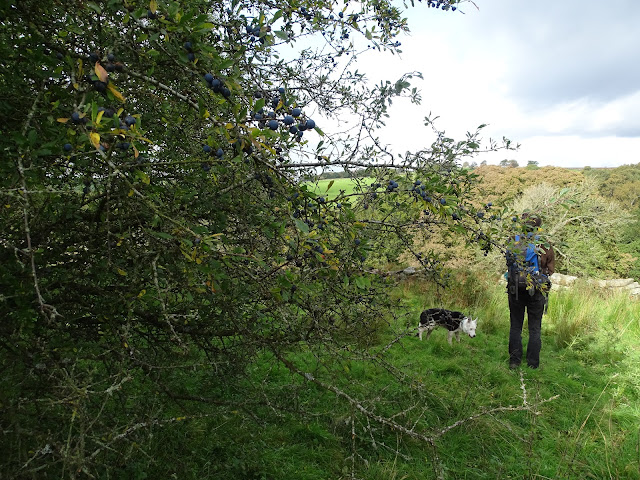 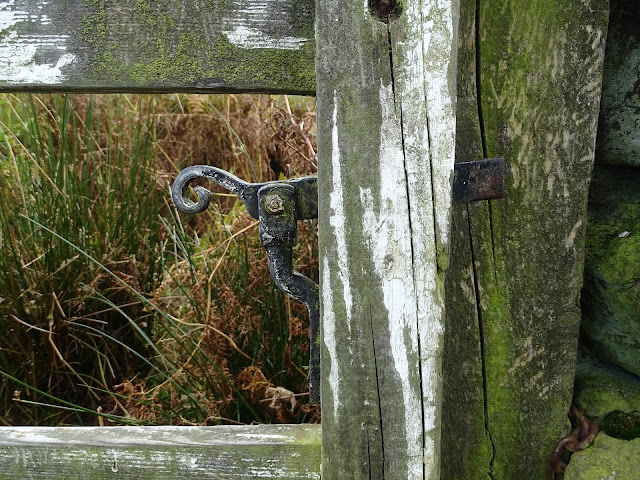 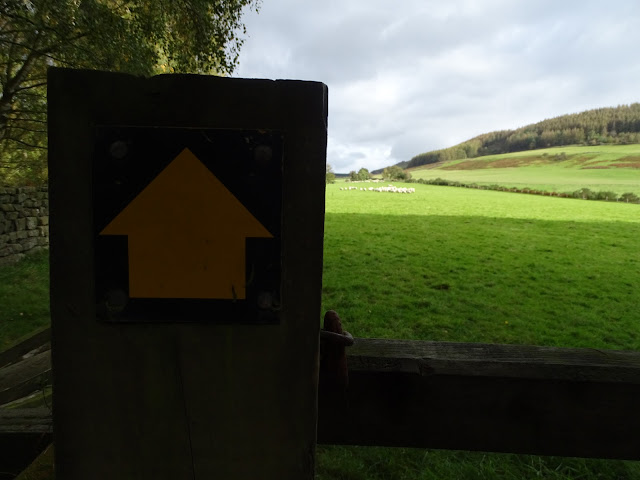 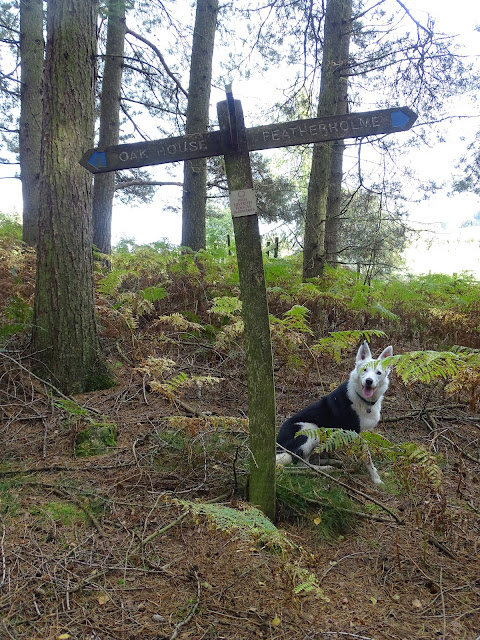 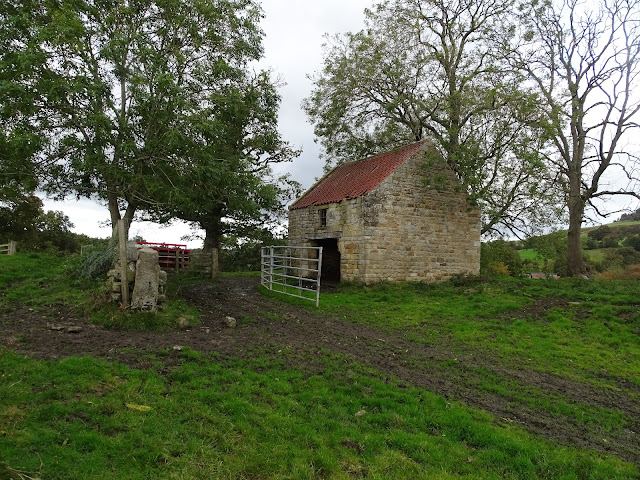 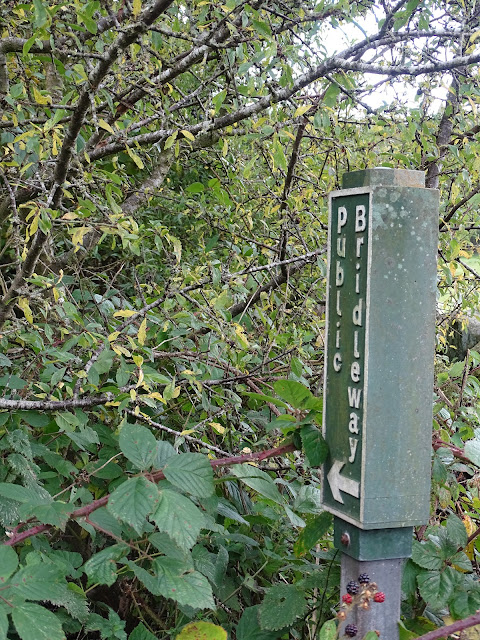 We walked for most of the day, through farmland, over moors, along tracks, through woods, by villages and alongside roads. We stopped and sat next to a fast flowing small brook for a break, giving time for Moss to swim while we drank tea and rested. A long section of the path had been hard going, mud filled, slippery and boot eating. We were tired. 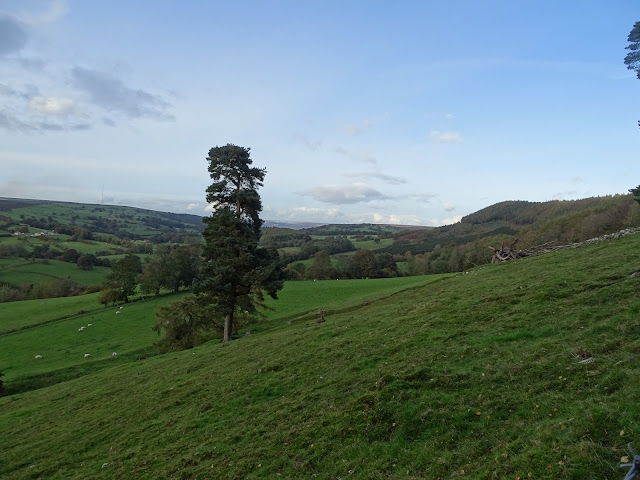 On the return journey, the air cooled and the sky faded to a gentle blue, bird song turned from the daylight chittering and twittering to the garrulous evening chorus as they jostled for roosting space in the trees. The blackbirds being the most argumentative of them all. 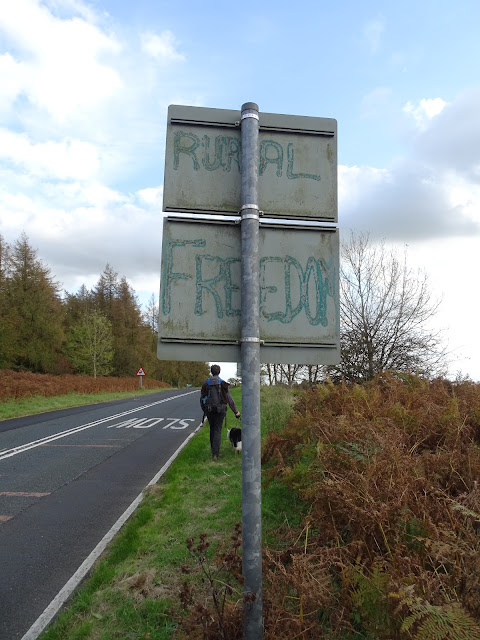 The last stretch to the van was the hardest - uphill with a section along the road - but it meant we were nearly 'home' or is that nearly 'van'?! 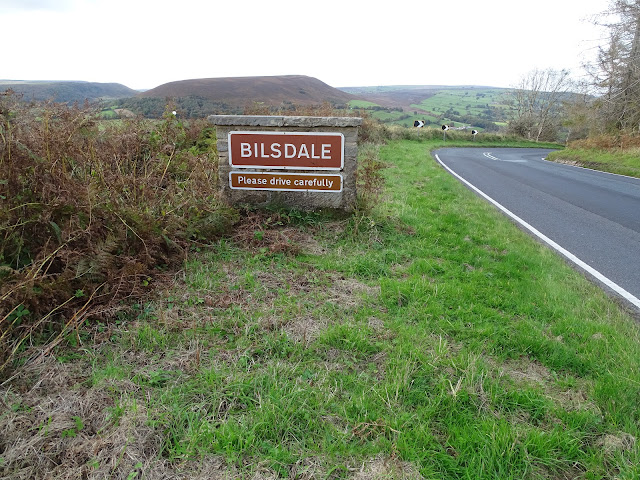 As we turned into the trees we discovered a small memorial viewing platform, so we stopped, breathed in the cooled air filled with the scent of autumnal decay and trees' breath. 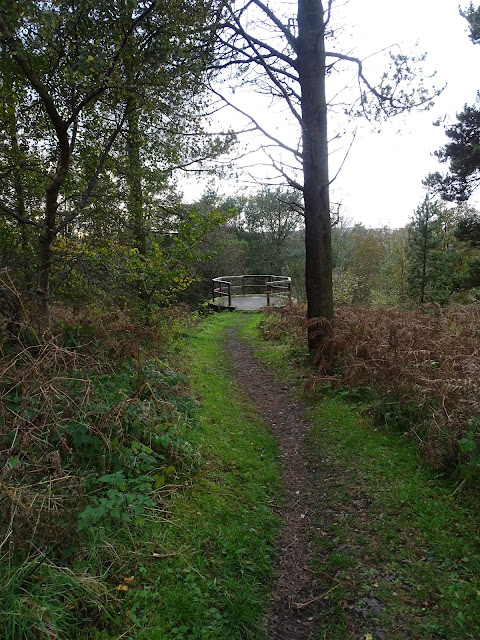 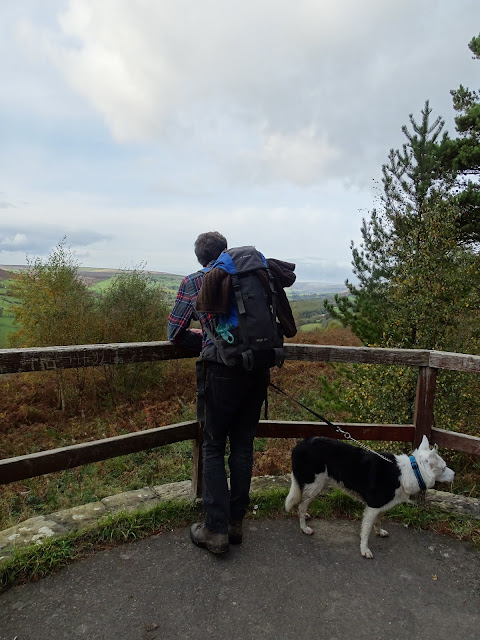 As we turned away from gazing at the valley we'd spent most of the day walking up one side and back down the other - we saw we were being watched! 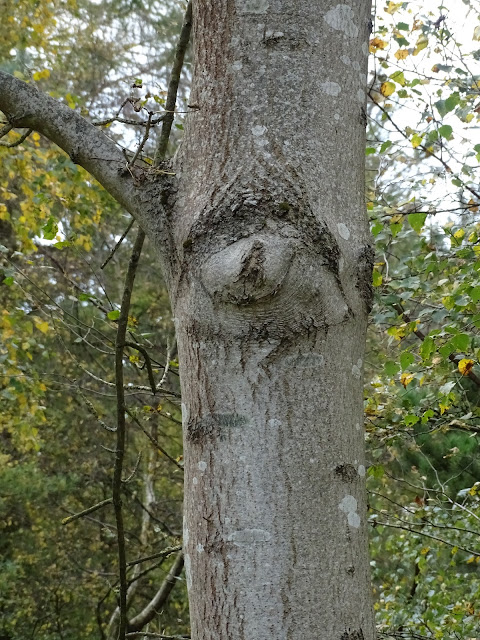 It was bliss to take my boots off, to put the kettle on and to sit down. Moss had been fed and was fast asleep on her bed and our food was quietly cooking. That mug of tea was like nectar! 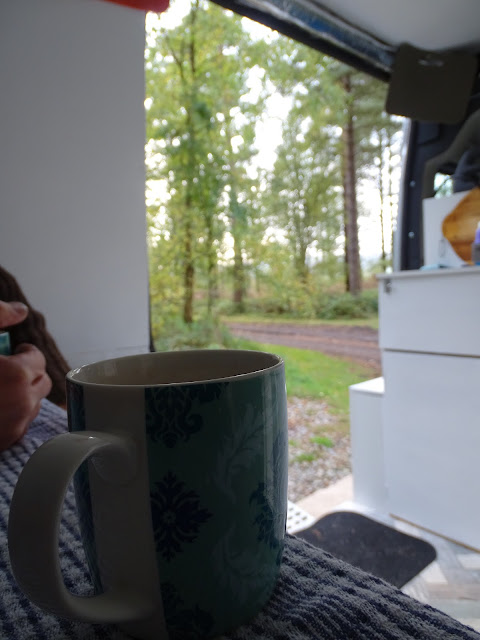 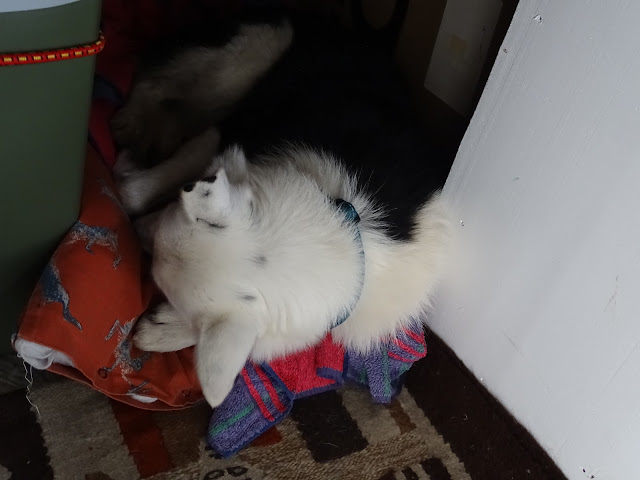 Then, after we'd eaten, I curled up in the bed, with the back door open and watched the woods gradually darken whilst I caught up with a bit of slow sew and Himself read his book. 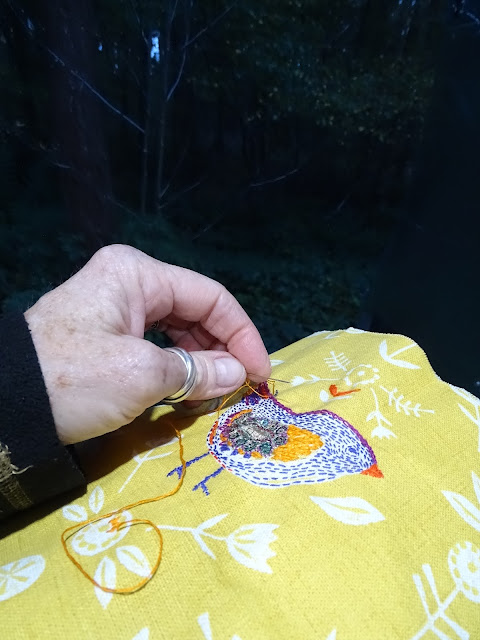