We followed the smaller roads, the ones that went over old ridges and through ancient villages. Roads no wider than the van, ones as wild at the surrounding hills. We saw no one. Just sheep, clinging to the hillsides, and farms - stoic stone buildings bent by time and hunkered down out of the prevailing winds. 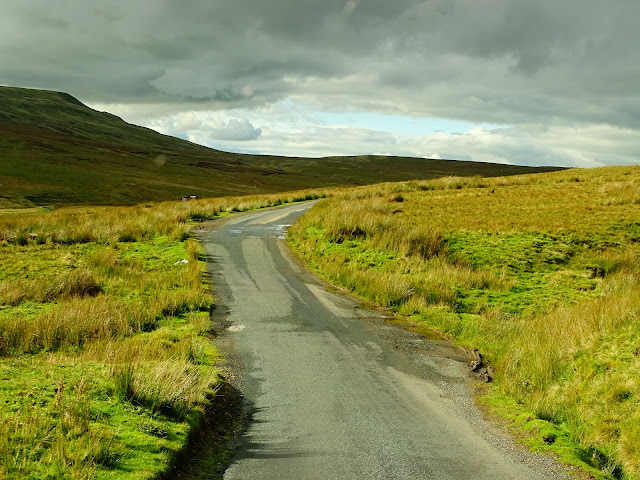 Our destination - Surrender Bridge, Swaledale. A lonely crossroads with a long history high up on Reeth High Moor. We arrived in the gloom and hurriedly took Moss out for a last evening walk before bed. We could hear the rushing water over the large red and grey boulders and the occasional car heading home from their day.   Lights and heater on in Zeb made a cozy and snug hideaway for the night. After we'd eaten, we curled up under the duvet and read and perused maps planning the next days walking. 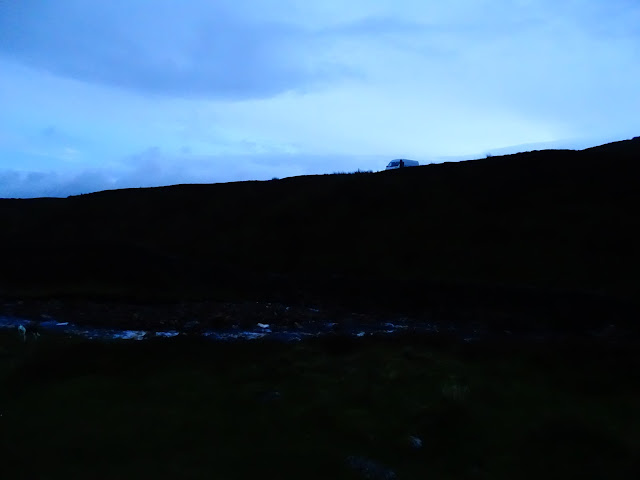 Day break was marked by the chucking call of the red grouse as they confirmed their territories all around us. The air was chilly however, clutching mugs of steaming tea and wrapped in the duvet - we watched the birds antics and took in our view. 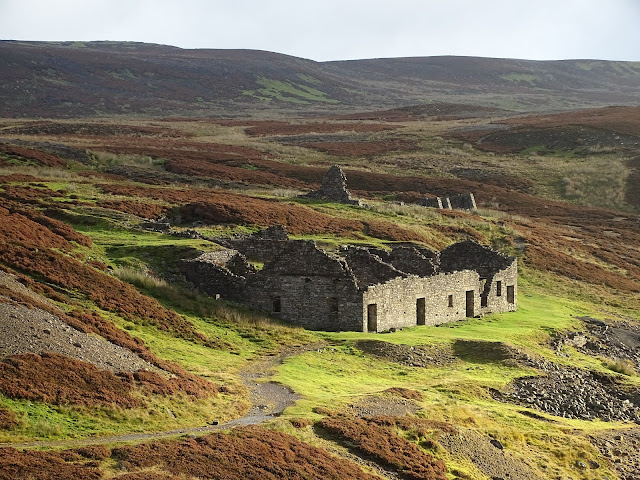 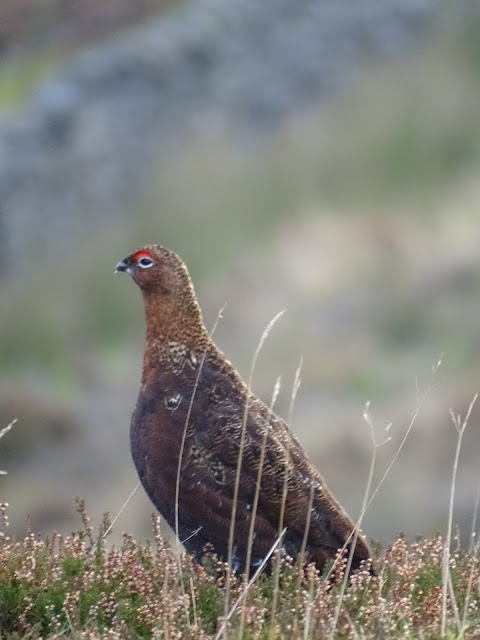 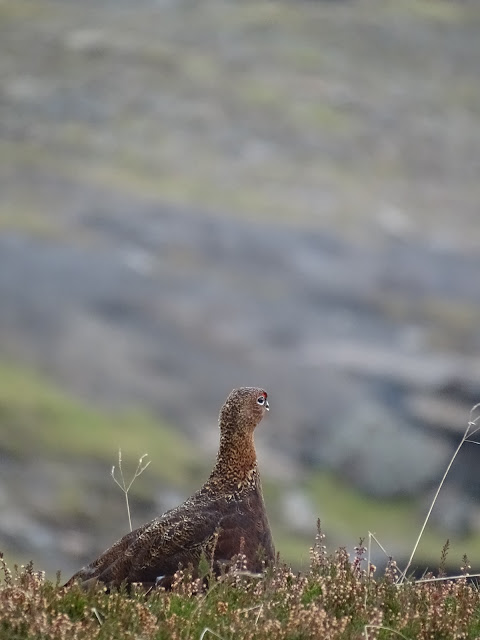 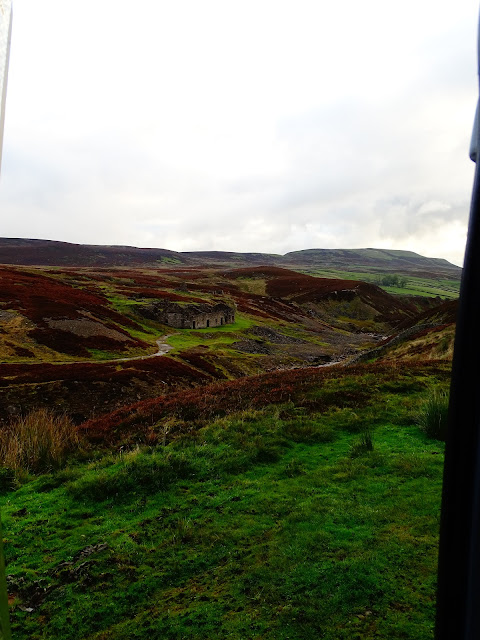 I walked Moss while Himself made our breakfast, we strode out in the early morning air, crisp and fresh. At the top of the little hill we'd gone, I turned, the sun warming my face. I was itching to walk - so Moss sorted, we strode back down to the van.  Breakfast and Himself were waiting as were my boots and haversack. 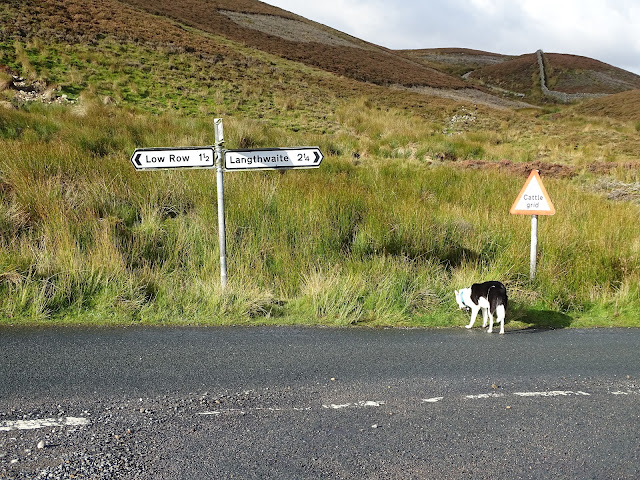 Our path took us up above where we'd parked, along an initially boggy and indistinct path which soon settled into a rocky and winding trail that wound its way around incredibly interesting industrial archaeology. 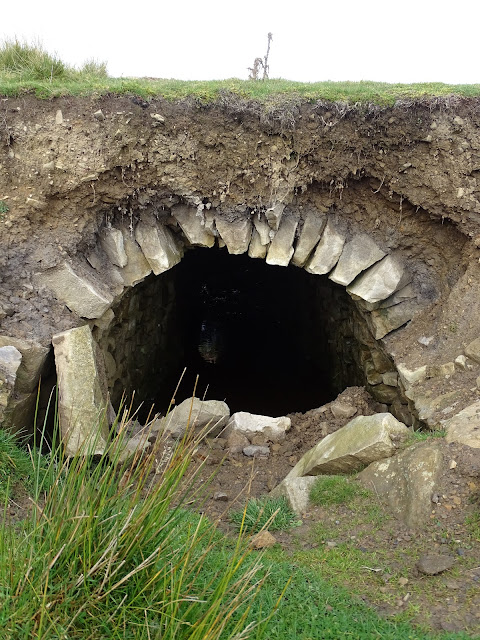 I knelt down and tried to stare down the tunnel - the collapsed roof revealed a beautifully stone lined flue from the smelting mill below. The flue continued up over 400 metres up the hill - built to carry the noxious and toxic fumes away from the once busy mill. 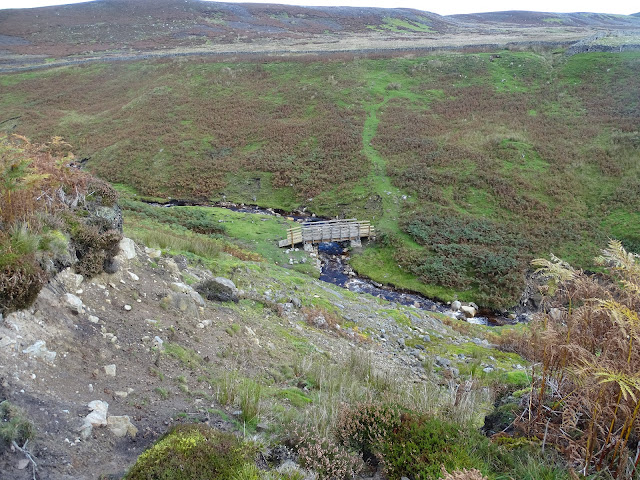 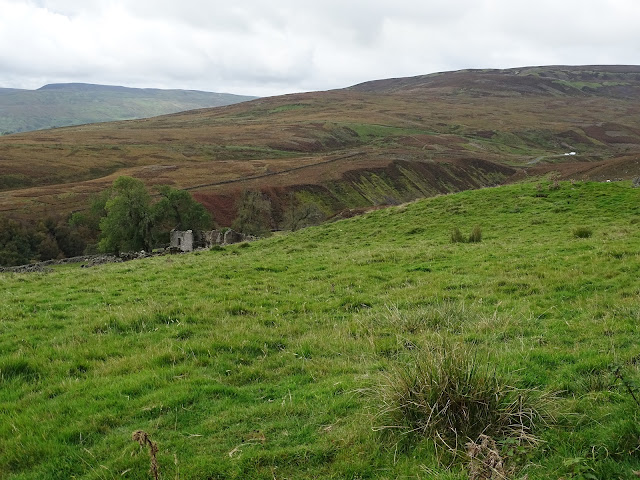 The valley was full of derelict farm buildings, kilns, slag heaps, tunnels and holes. Some farms appeared to have been purchased purely as residential homes and the land seemed abandoned. One or two farms looked to be working however the land itself seemed a hard creature - thin and either marshy or crumbling. Difficult to work - yet there were places of raw beauty and micro worlds of delight. 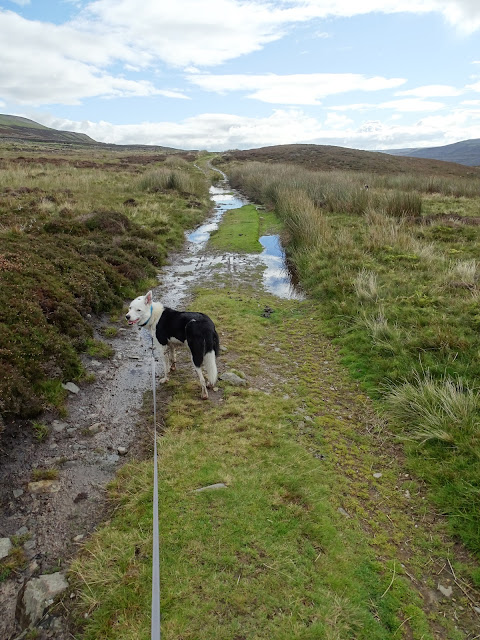 The narrow track widened and turned into the most shimmery mirror pool reflecting the sky and reeds fringing the edge. 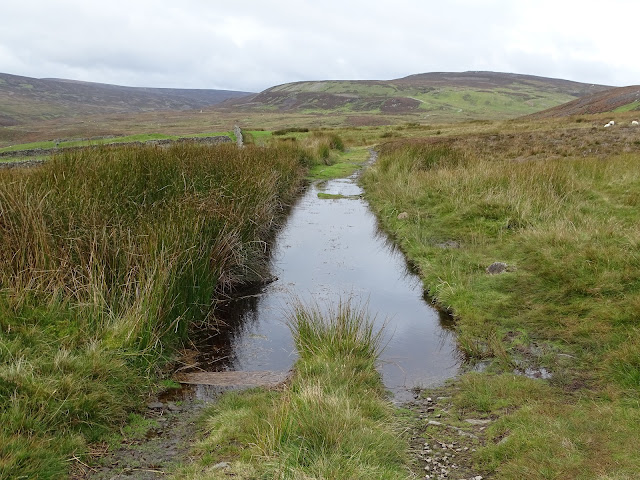 Our route took us off this harsh beautiful space and we dropped down into a kinder valley filled with ancient woodlands with small and secret magic. 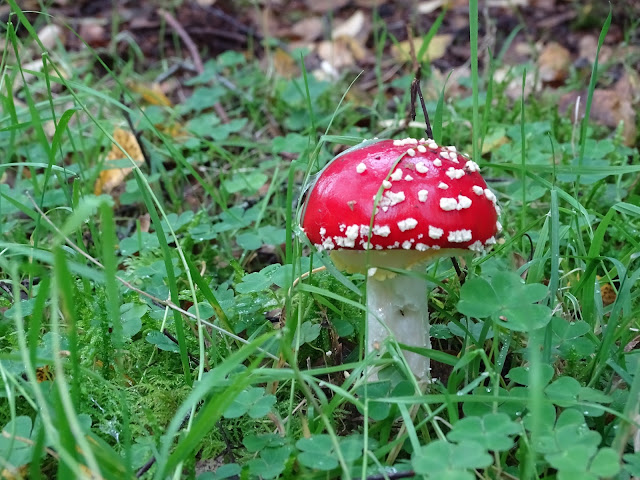 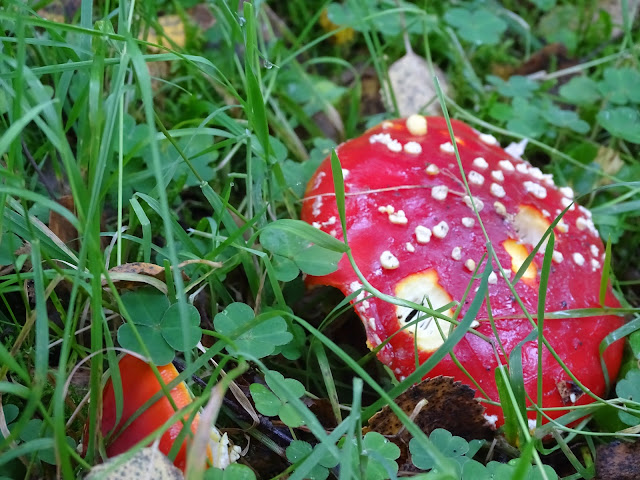 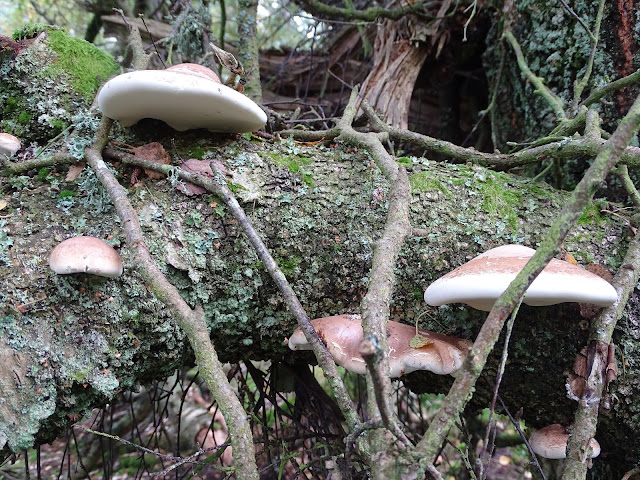 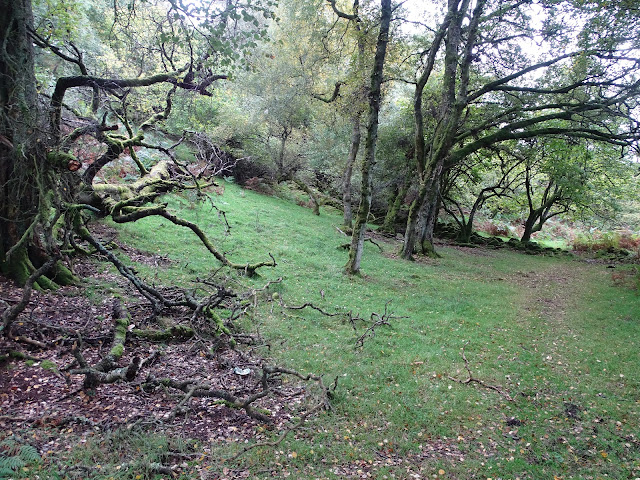 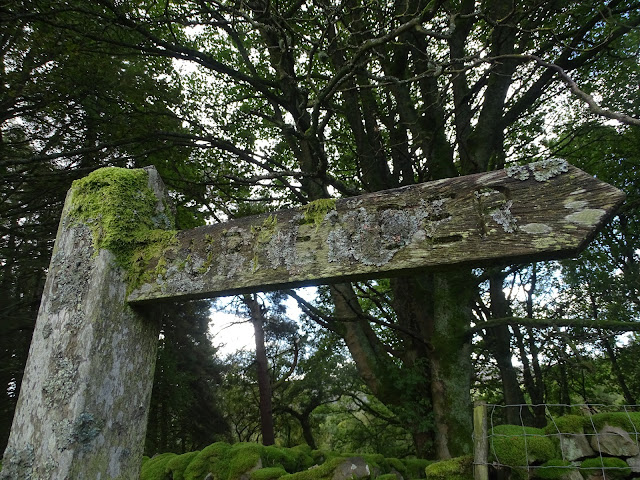 The path took on added frisson as it left the safety of the trees and clung to the side of a precipitates edge high above a rough and tumbling river. We loved it. We all did.
The path finally took us down to the river which Moss took as a sign she was meant to swim in the tea coloured water. We reluctantly continued on and tore ourselves away, Moss even more reluctant that us had to be called several times before she slowly dragged herself out of the water. 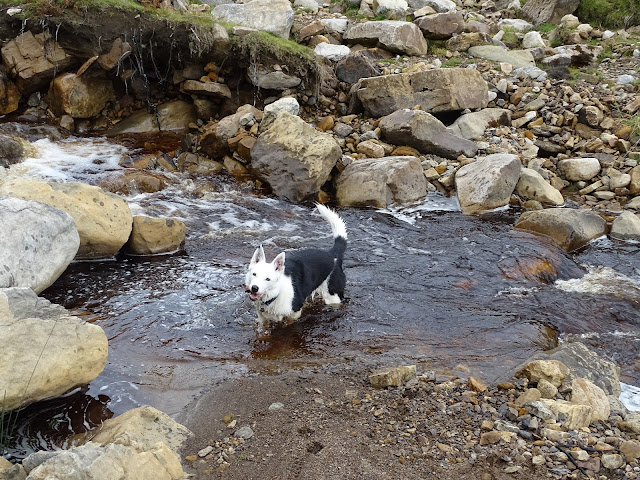 The steps from the river back up the valley side were new and extremely steep! Moss took them in her stride, I had to work a little harder to get myself up them. 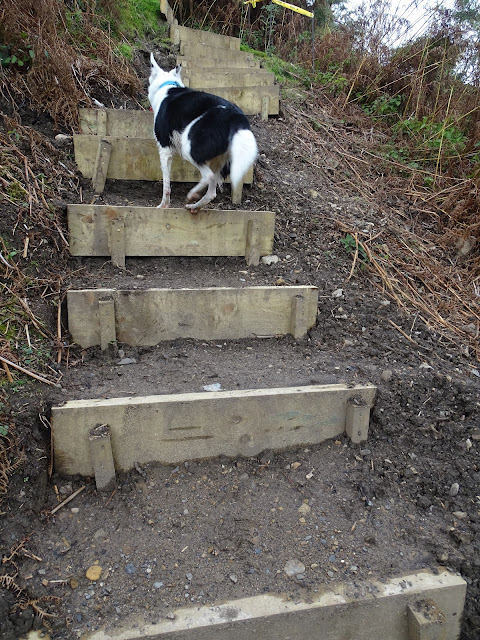 It seems that the easier path is no longer allowed - a shame, it was kinder on the knee and on the lungs. 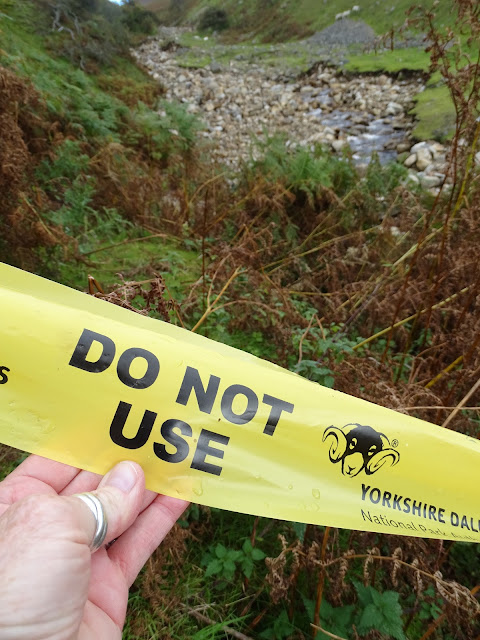 Heather - burnt  to create grouse feeding grounds - surrounded the narrow stony trail we now walked on.  Below us was the remains of the Surrender Smelt mill - a name that has many suggestions as to why it is called Surrender - ranging from being the name of the original led mining company, to the 'surrendering' of toil money by the miners as they carried their wares across the bridge, or the name of the wild  Surrender Moss, a place higher up the moors. 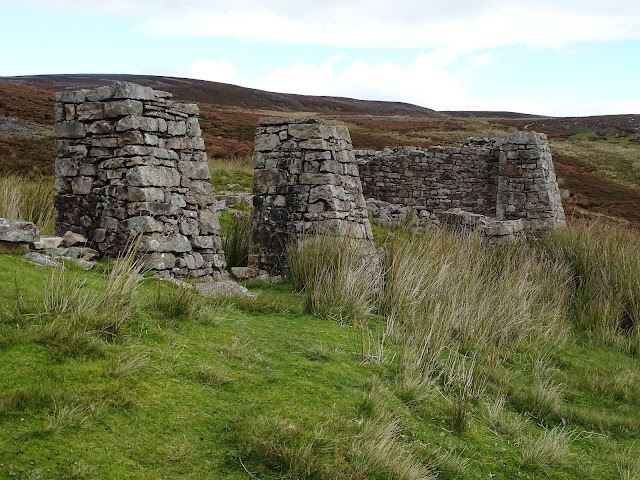 With a bit of research I think that the company name is the most reliable as the first reference to 'Surrender' in connection with the area was noted in 1806 when there was a request to 'let the hearths' to the Surrender Company. 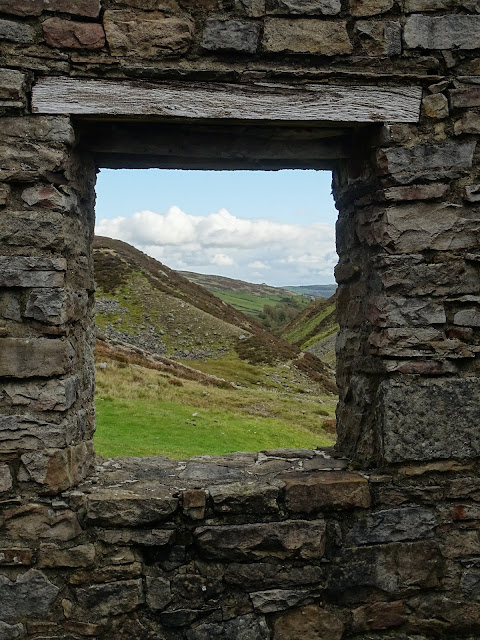 We explored the old smelting mill, quietly wondering at it's history and the people that were involved. I find the views from the empty windows the most evocative. 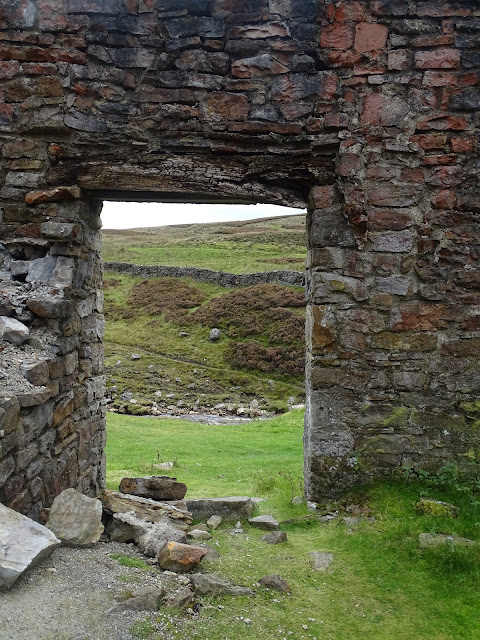 Once back at the van, the kettle on, Moss rubbed down and wrapped up - the wind was still cutting, we sat and watched a couple of sheep grazing, listened to the grouse cackling and scrapping over their territories.
Sipping tea and eating fruit cake after a walk never tasted so good. 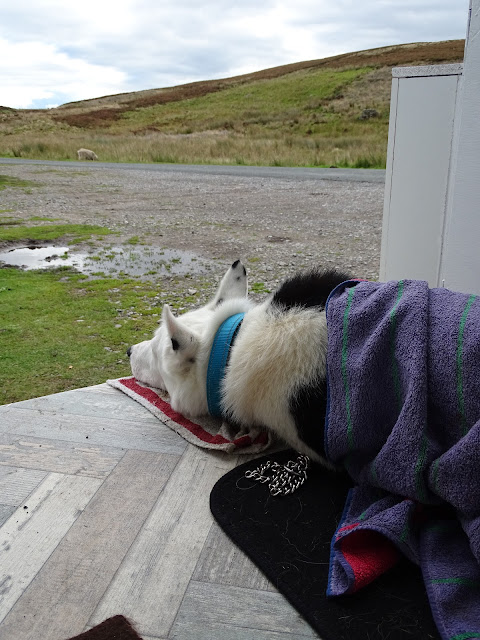 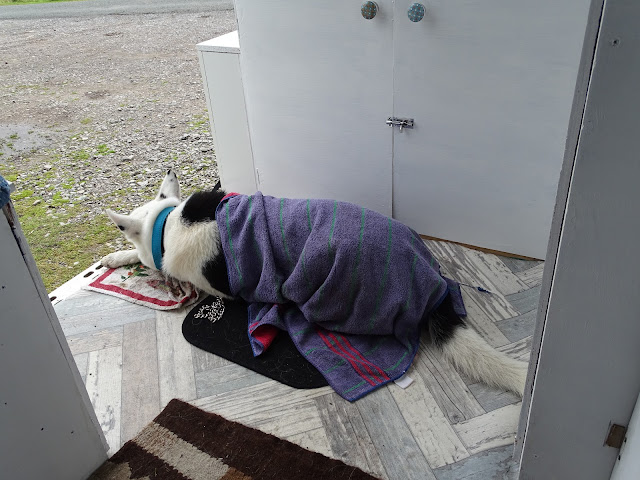