A little while ago it was Youngest's 13th birthday - good grief 13 ! Where does time go? Any way, he'd requested a mates-and-movie-night to celebrate his birthday.

I'd asked him what he'd like to eat and he rattled off a HU-U-U-U-GE list of ideas of which one of them was 'home made pizza'.

Now, we have this fairly regularly as it is a family favourite and to be honest I wanted something different for a birthday meal. Later, whilst ideally trawling through the net, saw an image for 'Pizza pies'. I knew instantly that this was the way to serve pizza to a bunch of lads, it was so simple and fitted the bill.

I have to admit to using a bread maker to make the dough which was then kneaded and rolled it out but instead of flattening into a large round and loading up with the topping - lots of mini rounds were made. 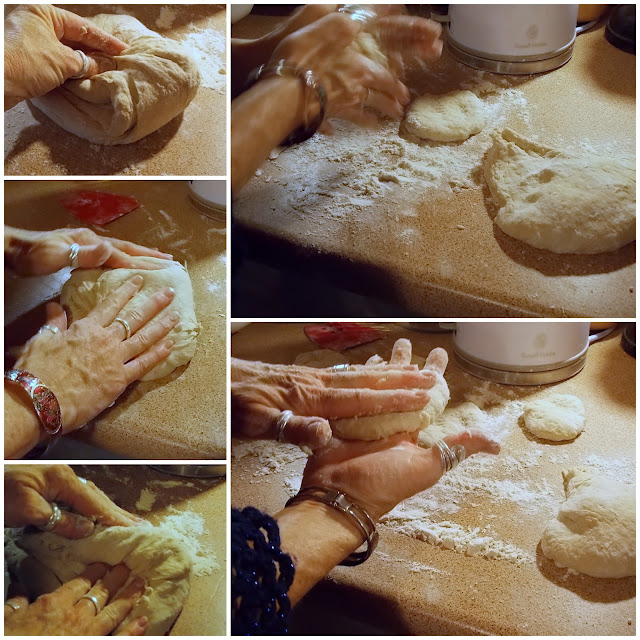 I kept the topping simple with just a thick tomato, garlic and onion sauce and a 'stretchy cheese' (sorry forgot which one we bought).

But this is where it changes, I damped the outer edge of these mini pizzas then pulled them to the centre, folding then pinching shut to make a sealed pizza 'purse'. These were then cooked as normal for 10-15 minutes at 200 deg c and when golden brown brought out to cool and eat. 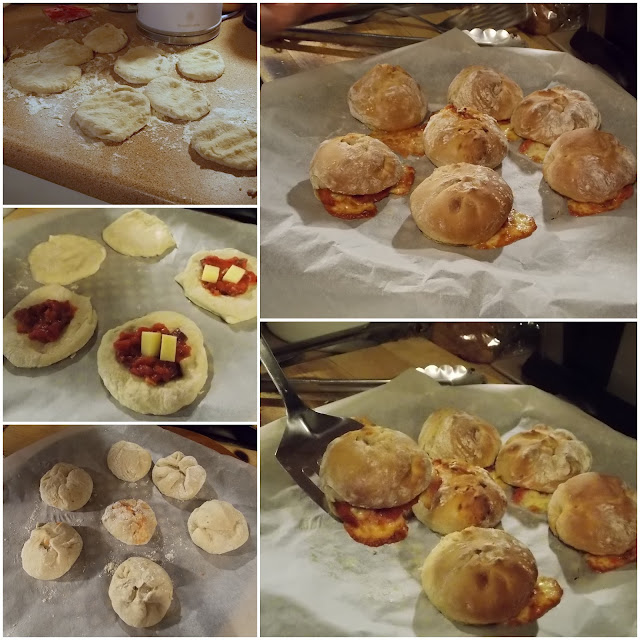 The first tray I made, I'd not sealed the little pies properly so some of the sauce and cheese escaped but this only seemed to make it all the more yummy. And when you bit into them they kept their shape and didn't collapse - since then I have made them again and the boys love 'em! 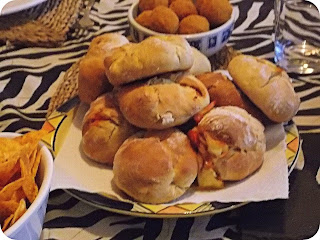 Youngest was delighted and they were the first of the birthday treats to be scoffed. Phew!

Well, back to work, boys will be back to school in a day or two, autumn has definitely landed and Himself has swept the chimney in preparation of warming evening fires. I'm looking forward to those.

Winter is a good time to craft (if it wasn't for my college work.....hmmmmmm, got a list of chrimbly crafting to try and fit in too) Hey ho!