Amazingly, it is that time again - doesn't the month fly round!? I feel to have been particularly busy this one and not taken my usual excessive amount of photos, so today, it the quiet of the house before I head off to the studio, I thought I'd better get my images and stories out :)

This month's words were supplied by my guest list maker Jak from Jak's Tales ...

Cool
I volunteer, well, Moss and I volunteer at the walled garden at Malham Tarn Estate.  We, along with another volunteer were up there last Monday when it was particularly warm. Now, as someone who is from Africa, I am very aware of a hot day - I just don't 'feel' it as much as other folk do.  Moss, on the other hand who is as northern as you can be ..... was feeling the heat! So - in order to stay COOL she kept wallowing in one of the water storage baths behind the greenhouse. Ignore the muddy state of the water but on the right -  can you see her tail 'floating'? 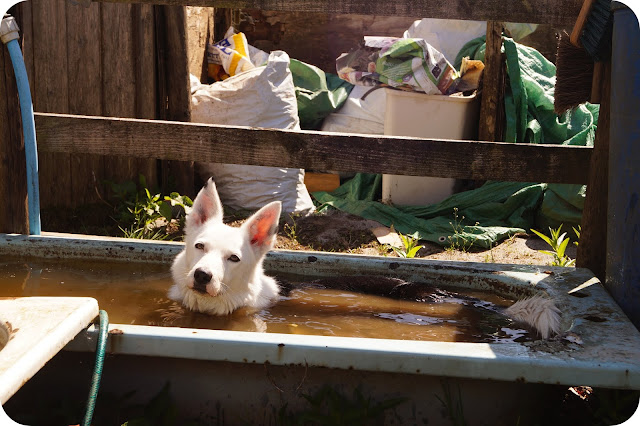 Movement
On Tuesday, I was in a meeting all morning and I kept being distracted by the view from where I was sitting. There was a gentle but steady MOVEMENT of people walking their dogs or jogging to their music. The long boats gentle pottered up and down while cyclists slid along the pathway. Workmen studiously plodded along in their heavy bright yellow hi-vis outfits in stark contrast to the lightly dressed folk using the towpath. Boat owners climbed on and off their vessels, some were just enjoying the early morning before it got warmer others were more active, washing their boats, hanging out washing, walking to the shops. All morning, gentle activities quietly happening in my view. (PS the meeting was quite pleasant too :) ) 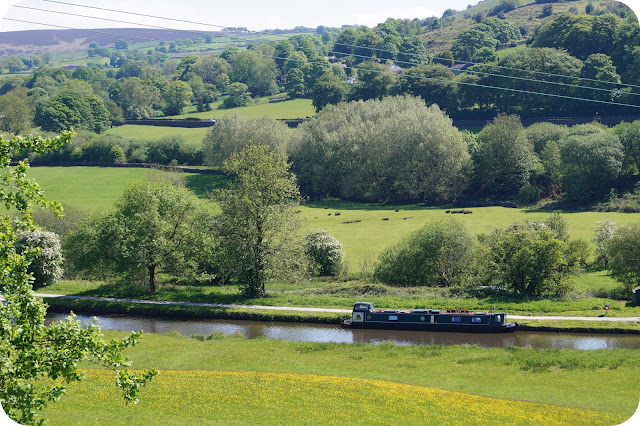 Fencing
This is a definitely out of the box moment, let me explain, about ten years ago, I made a seven foot tall naked scarecrow out of FENCING wire, complete with essential manly bits of anatomy and body hair (out of wire-wool scrubbies). He was then sprayed in black paint and wore the tiniest and frilliest black apron to hide his modesty. He also held a bowl and spoon and was called 'The Naked Chef'. Why, might you ask, did this even happen?
Well, he was made as part of the village's garden festival and he was my entry into the scarecrow section. After the event, Jamie-crow (his name) was delegated to the back of the garden to live out his days in peace and as a bird perch.
That was, until a couple of weeks ago, he was unearthed and taken off to the walled garden. I had been kindly given some suitably outdoors type clothing for him and he became the walled garden's scarecrow. However, Jamie-crow was not the easiest of fellows to dress, having spent over a decade as a naturist with barely a fig leaf to his name, it took two of us and a silly dog to man handle him into his clothes. We spent most of the morning crying with laughter. But he was worth it :) 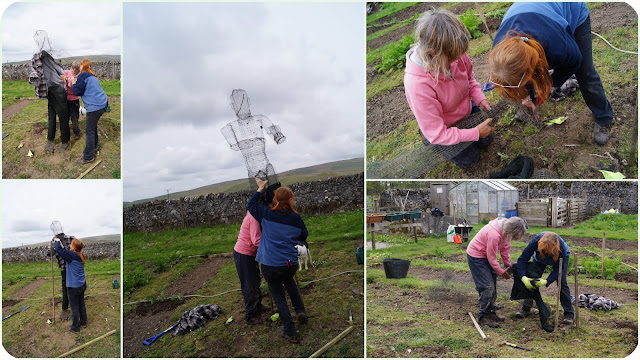 ...'fraid there have been extra photos for this story and there is one final picture... since this final image, the edges have been straightened, paths mown and Jamie-crow has herbs planted around his feet and vegetables springing up in the beds. 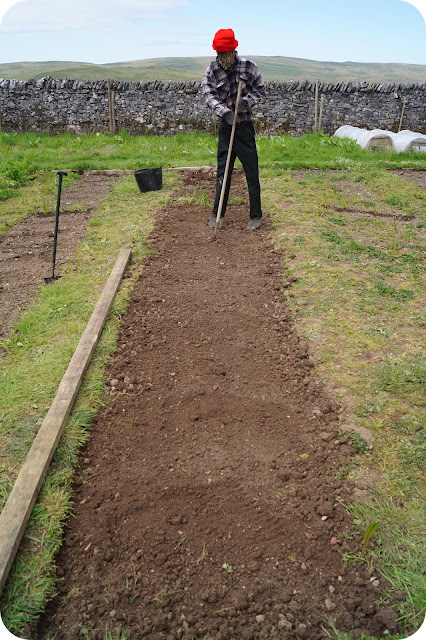 Spiky
I will always be grateful for photography - particularly digital photography and computers, for allowing me to see up close and personal, things small and apparently insignificant. So, on seeing this SPIKY stem in macro - with all the vicious barbs and spikes, it is only when you zoom out and realise it is a delicate and gentle Aquilegia nodding her head in the dappled shade of my garden. 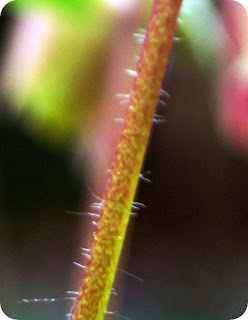 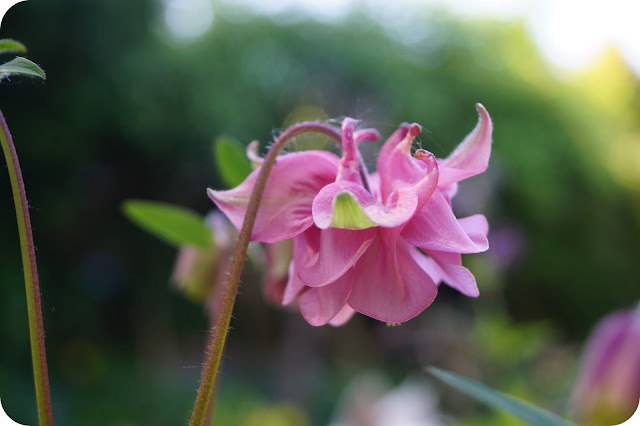 My own choice...
...has to be an image I took last Saturday as we walked up Oxenber Woods to revel in the bluebells. We do it every year and this year they were perfect. The air was heady with their scent and we sat on the top of the hill on a craggy cliff over looking a beautiful view. Perfect.

I am going to blog about this lovely little micro-adventure next week. 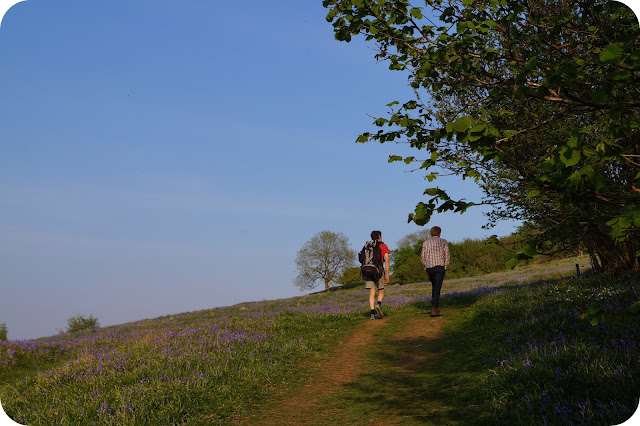 And the more observant of you may have noticed that I missed a word out - I just could not find an image or story to go with it. So, you were all blessed with loads of Jamie-crow images instead!! Now off to see what you lovely lot got up to!