Sometimes I wonder at my own 'finely tuned procrastination' ... any hoo, a mere six three hours before I normally schedule my photo hunt post ... I am sorting it out....now still.

Tea
I am - and I may have hinted this before - a tea drinker. Didn't used to be until I decided to go cold turkey on coffee swapping roughly ten mugs of coffee consumed daily for equally copious mugs of tea instead. 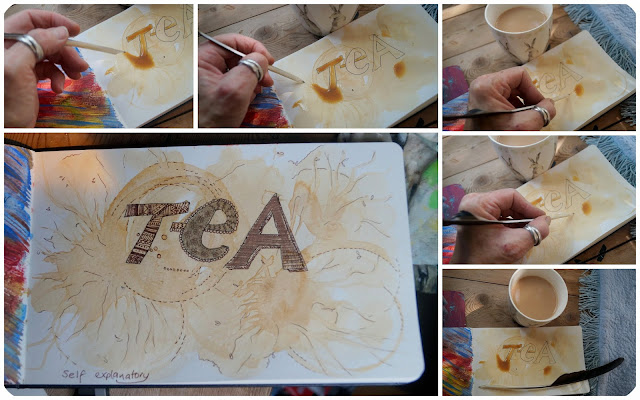 And the image? I have an art journal that I start each working day with. I write a word, a sentence, a thought or a vitriolic tirade then spontaneously paint over it. I find it both cathartic and stimulating in one go. I had just made myself a mug of tea in the studio and as I squeezed out the tea bag I immediately started 'painting' with it across the page. Then using a goose feather quill I'd attempted to create a while ago - dragged my 'tea-ink' outwards in tendrils and twirls. I also deliberately landed my mug on the page, showing no respect for the paper as I created the tea stains. Later, once dried, I doodled the word tea and decorated that, whilst drinking another mug (of course!)

Time
This time last year - I had the embryonic beginnings of my studio - wow - twelve months has just melted away by the magic of this one photo. An absurd mix of 'only a moment ago and yet a life time away'. 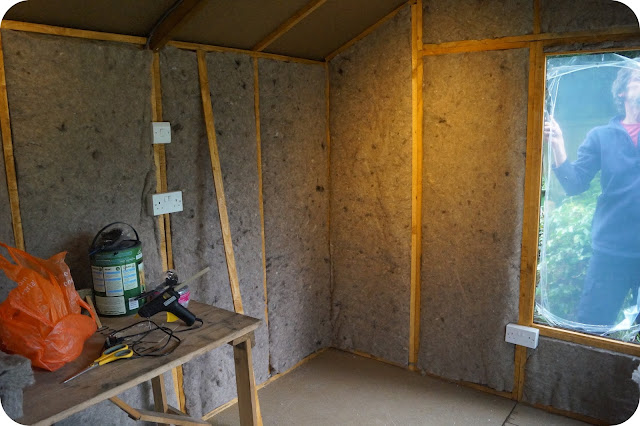 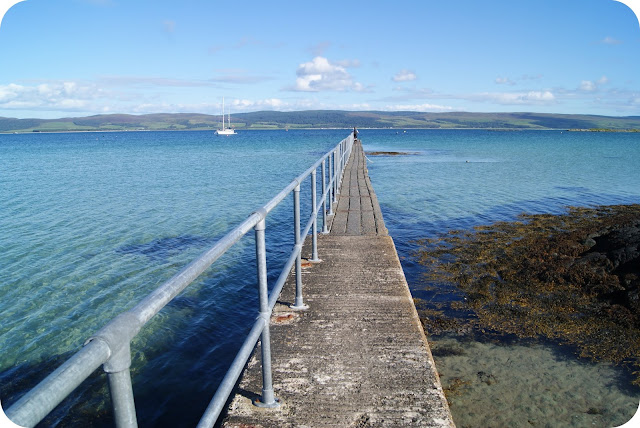 Fairy (Glen)...
...in Skye is a magical place. There is definitely an 'air' to it - otherworldly and intriguing. We have been twice and each time I have felt a presence and I know others have done too. Watching over the glen is the enigmatically named 'Castle Ewan' that, with care and following a narrow path, can be climbed. I chose to watch from a safer ground level as Himself and Youngest scaled the tall flanks. I would like to return. Someday. 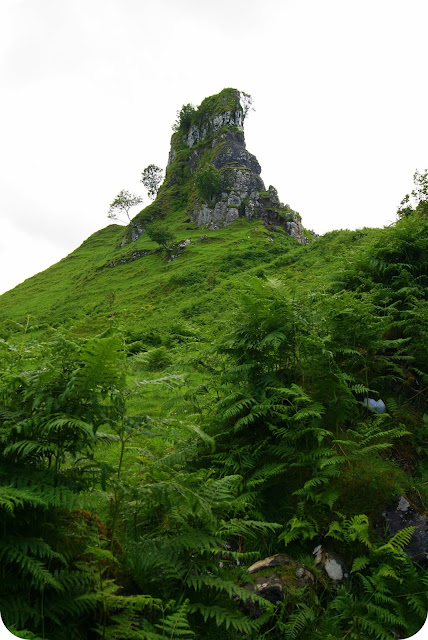 Flour
I could not find the image I had in mind however as I was trawling through my years of photos - I came across this one - nothing remarkable or amazing - except it is -  to me. They are Youngest's hands making ginger biscuits and I can remember that cold February day where we had been snowed in and we resorted to baking to keep young minds and young tums happy. 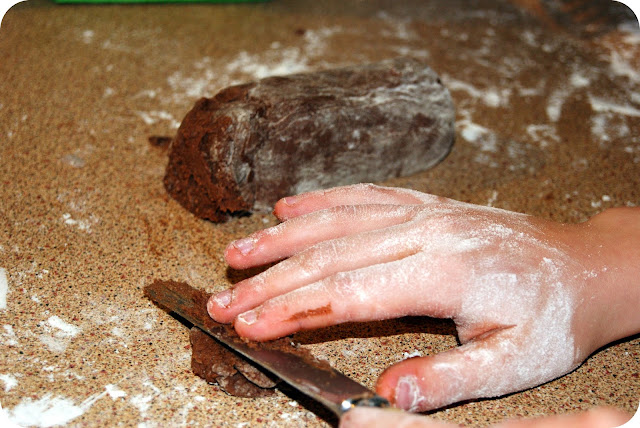 My own Choice
Most of this month's images are from my archives however, this next one was from last Wednesday and I just love it.  Whilst working up in the walled garden, where we were relocating the compost bays, we found a couple of HUGE frogs. Coincidentally the National Trust Rangers were hosting a forest school day in the garden so Eldest and I quietly rounded up the frogs as well as other unsuspecting insects and bugs, taking them up for the forest students to meet. Interestingly enough - it was the girls and the mothers who took more interest than the lads and dads ... any suggestions why? The girls held the caterpillars and beetles and stroked the frogs while the boys firmly put their hands behind their backs and just looked! 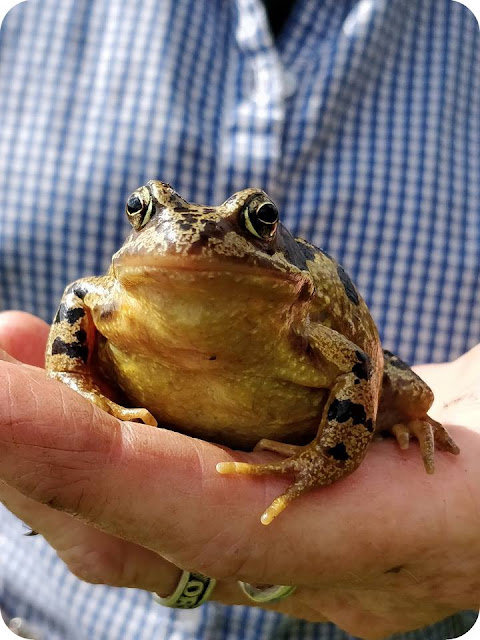 Phew - managed it! Now off to set up the link up page and then - bedtime! (and it is still before midnight - just!)