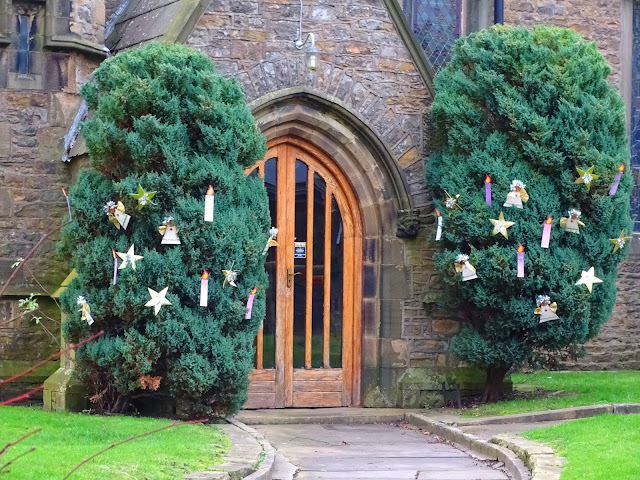 Trees - I decided, rather than share stories and photos of my own tree (other than the one I posted last Friday) I would choose 'street' trees. 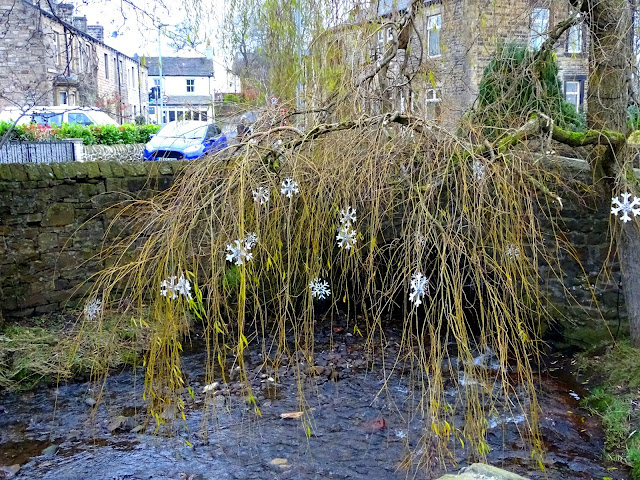 Council decorated ones , people's own in their gardens, outside of pubs and churches and the delightfully differing village green trees.  I wanted to share the joy and the celebration of these trees - be they simple white lights or hand made decorations or bedecked with so many bulbs that the tree can barely stand and those with just enough to be classed as decorated. 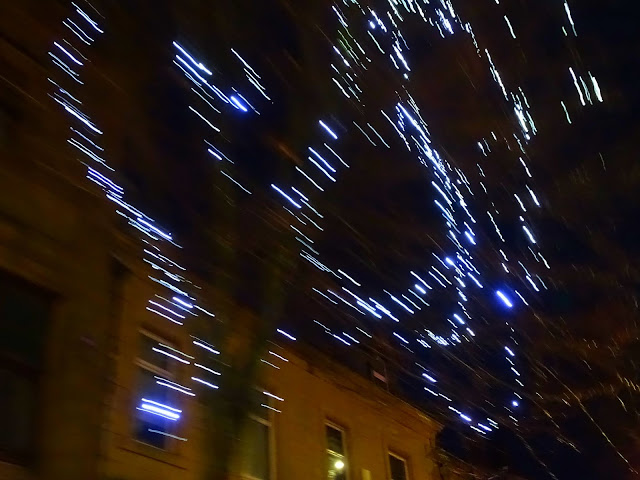 The trees we decorate in our homes have origins haling from a pagan winter festival where the ancients thanked the gods for the harvest by hanging fruits and gifts. It was believed the gifts would also safeguard the following year's harvest, making it as productive or hopefully even more so. 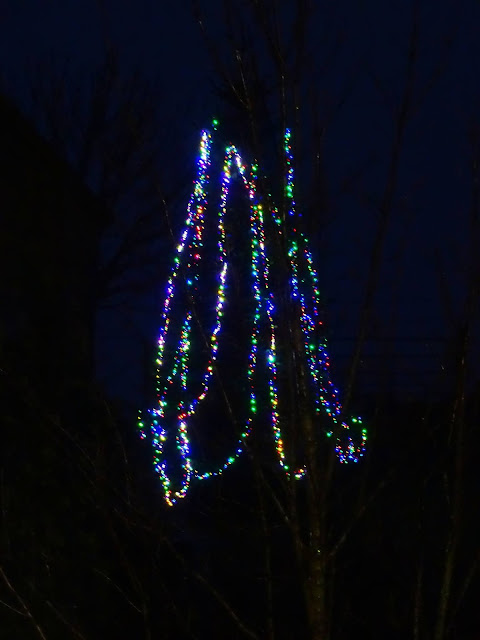 Some time during the 16th century, so the stories go, a poor glass maker could not spare the fruit to decorate his tree as he needed them to feed his children, so he blew glass fruit to adorn his tree. The legend goes on to say that others fell in love with his work and asked him to make more .... however... the same gentleman apparently ALSO did all this in the mid 1800s - he either was an exceptionally long lived glass blower or the story has been woven through history and mislaid the true origins. 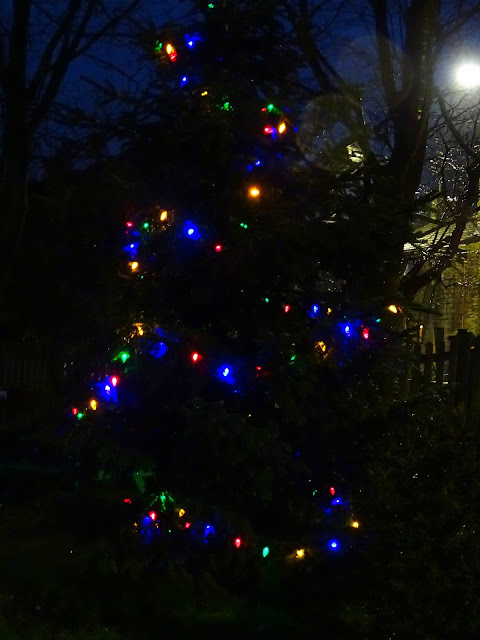 Hanging gifts in the trees was believed, by the Druids, to bring rewards to the giver, so leaving coins or fruits in the branches would ensure wealth and a good harvest. 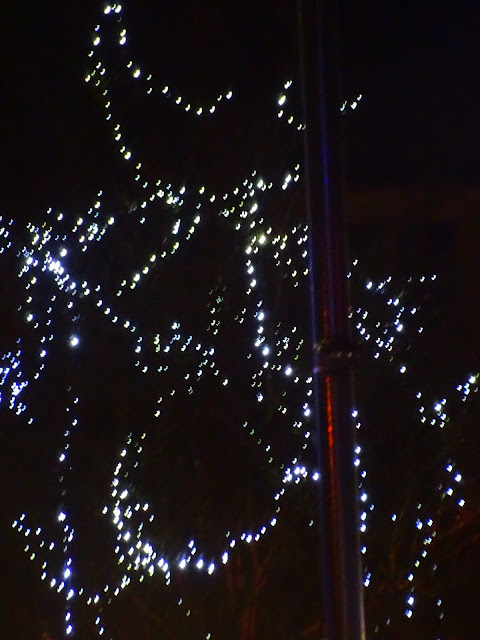 To the ancients, ever green trees had magical properties and were sacred as they remained vibrantly green all year round.

Hanging bells in the tree seems to have various origins too - one is the robust ringing of bells to frighten away deamons and to call back warmer days. Another was to hang small bells in the branches to call the small woodland faery folk, offering them a safe harbour through winter.

Red apples - be they real or glass - are popular in France as a tree decoration, having a strong religious meaning related to the Garden of Eden. 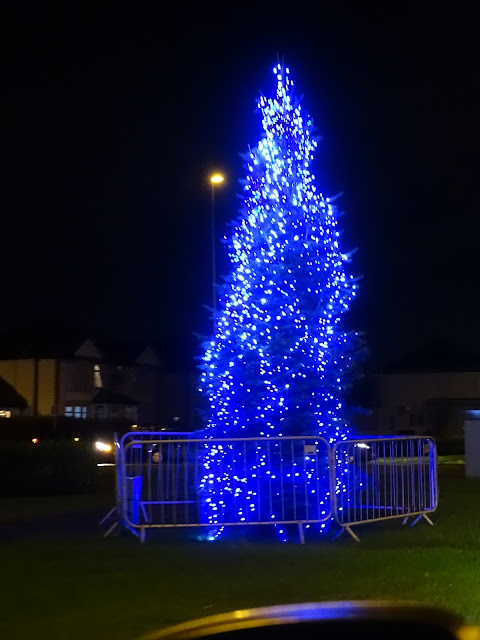 Queen Victoria's consort - Prince Albert, is usually credited with introducing the Christmas tree to the UK in 1840, however, a full 40 years earlier, the German wife of King George lll set up the first tree in the 'Queen's Lodge, Windsor during December 1800. 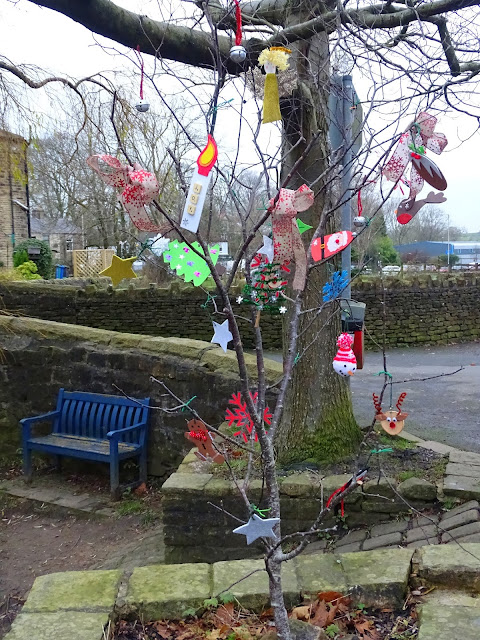 Many of the tree decorating traditions originate from Germany, the most famous being lighting up the tree. Legend has it that Protestant reformer, Martin Luther used real candles to decorate a tree in the 16th century to recreate a starry sky after he had been inspired during a walk through a pine forest near his home in Wittenberg. Fortunately we have moved on and use fairy lights ( I am lucky enough to have four vintage candle clips and decorate my tree with them, however they never get lit!). In the Ukraine, trees are decked in spider webs, more something we identify with Samhain or Halloween. However, glittery cobwebs are associated with luck and good fortune. The story goes that a poor woman and her children, with hardly a penny to their name, allowed a spider to decorate their tree. The spider covered the tree with silvery webs and by the morning the webs had turned to gold, saving the poor woman from complete destitution. 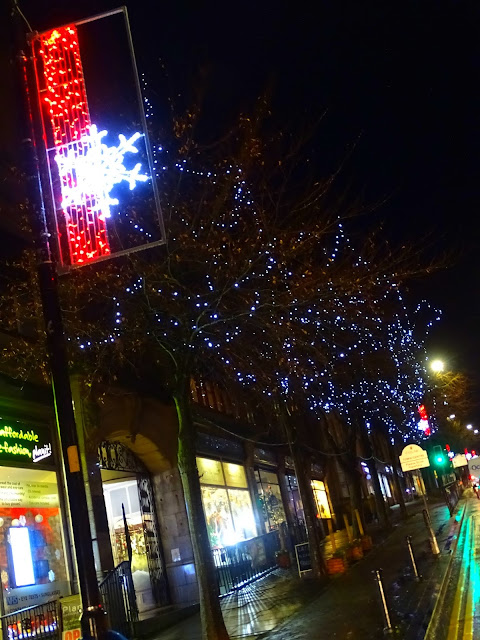 In my mind the street trees with their simple lights do have cobweb qualities. 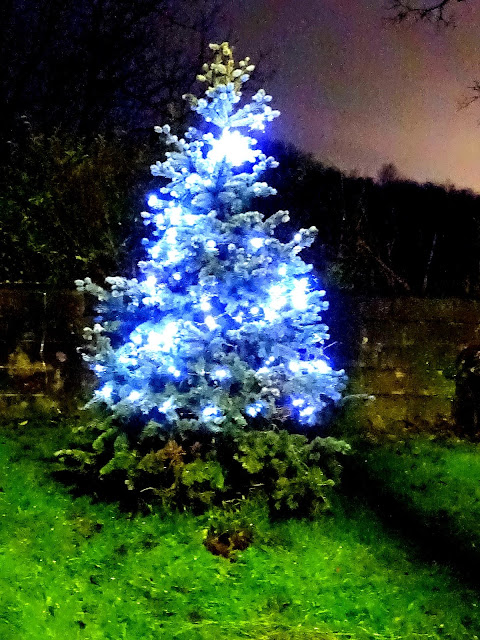 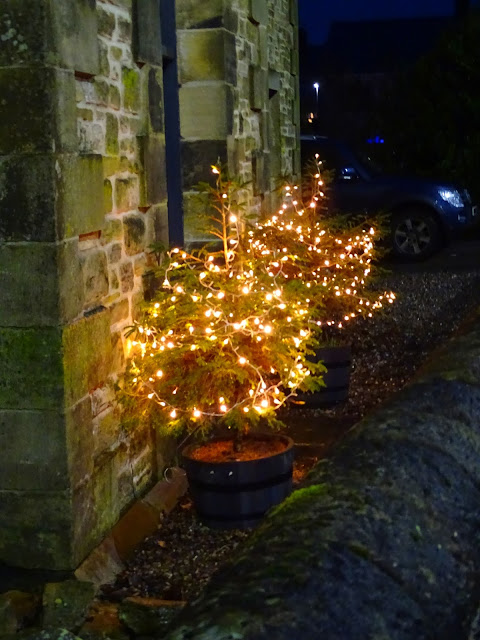 One evening, on a whim I took my camera on a walk and just snapped trees knowing my camera would just capture the movement of light rather than the tree. 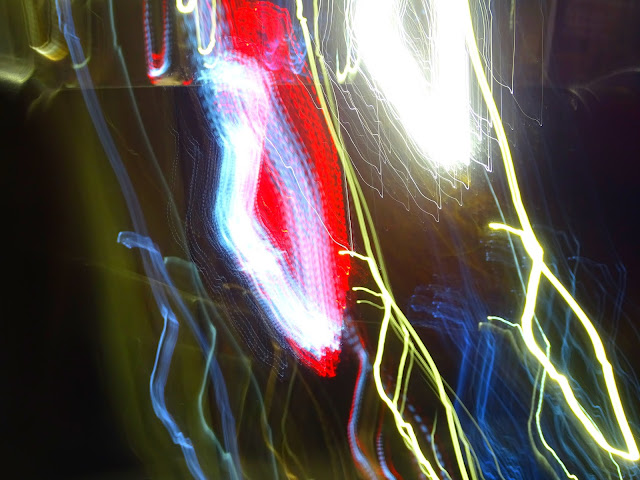 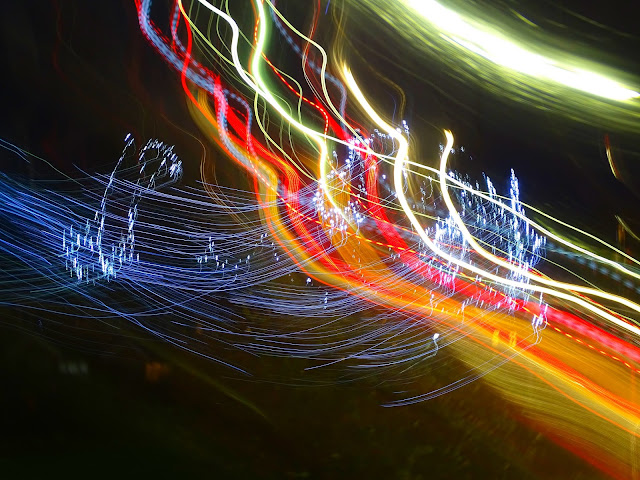 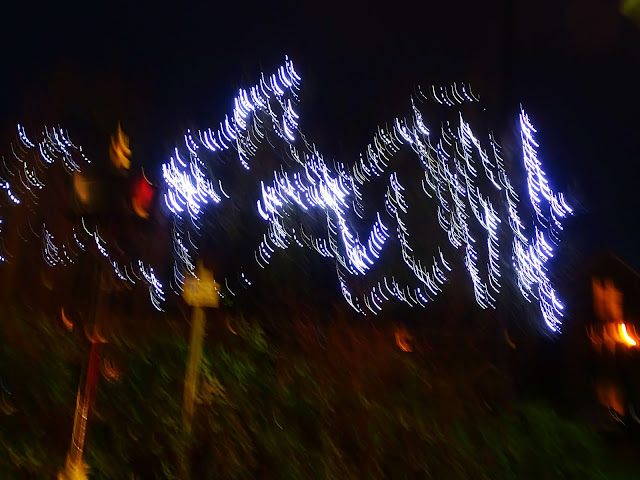 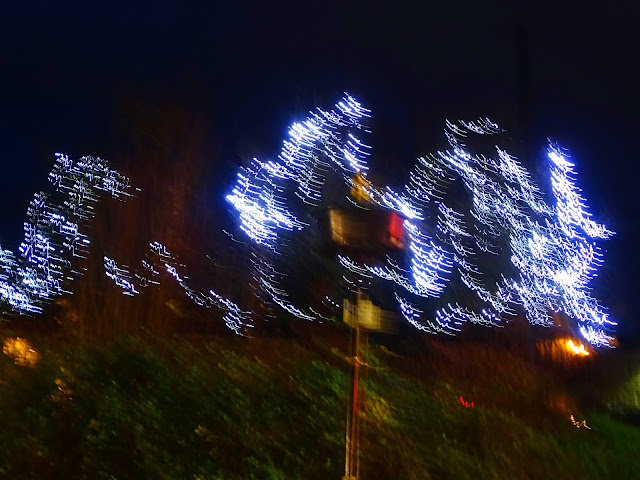 Have yourselves a safe, gentle festive break - here is to 2021, may she rise from the ashes of 2020 as beautiful as a phoenix - things will get better xxxxxx
Sending love and socially distanced hugs xxxxxx
at December 17, 2020