It was silent. I glanced up whilst I was washing my hands and through the kitchen window in our covered 'yarden' were the cats. Quietly duplicating their body positions.

Only a few minutes previously there had been frantic furry footed thundering going on.

The girls had run themselves ragged over the last 40 minutes or so. The little one had chirruped and bripped challenges to Pan who had initially responded with a whiskery frown. The kittling persisted. She arched her back and ran mock challenges within a paw's reach of the other cat only to spin at the final moment and gallop off with a ta-da on her tail.

Pepper's eyes big and glittery she would again charge, Pan's frown deepened as did her growl. I noticed that the older cat's claws slowly extended into the carpet. A marginal movement, too subtle for a silly kittling to notice. The hair on Pan's shoulders began to rise as she almost unperceivably lowered her head.

The kittling ran towards Pan again, chirruping and bripping and challenging then again turning on a furry foot and pirouetting away triumpantly.

I looked at Pan. She was ready. Her pupils knife narrow, her breath shallow and her muscles tense.

The kittling, almost giddy with presumed success dashed up with a cocky look on her tail when Pan exploded and from a seated position launched a solid wrecking ball attack.

The kittling was flattened.

A moment of older-cat-pummeling action on completely-floored-kittling ensured before Pepper managed to escape Pan's grip and tore off into the lounge. Pan followed closely behind.

The game changed. Suddenly both cats were running across the full length of the house. Alternating who was chasing who. Pepper chirruping and bripping chasing a hissing and cussing Pan in to the lounge, a quick swap over and under the coffee table, then Pepper chirruping and bripping away from a hissing and cussing Pan into the kitchen.

This animated game raged back and forth. Nothing and no one was safe. Cushions were knocked off the settee when the cats hurtled over, books were shoved off tables on to unsuspecting heads, balls of yarn and wool were used as target practice. The girls even manged a quick loo break each (which was a little volatile and noxious.....) when abruptly the game ended and they retired to 'their' seat and rested. 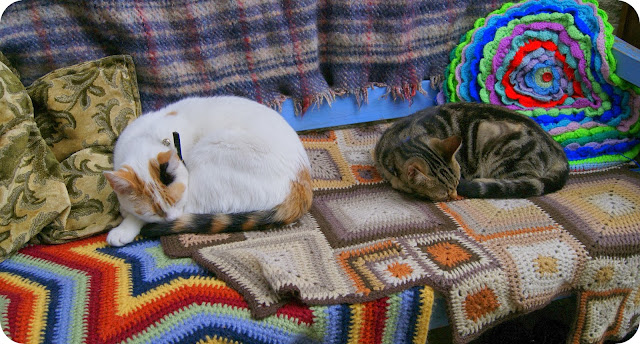 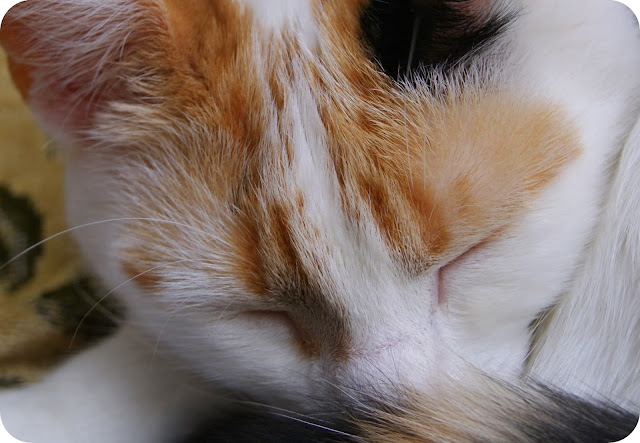 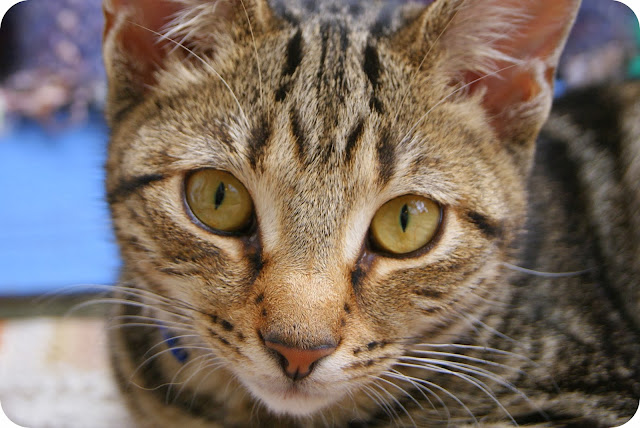 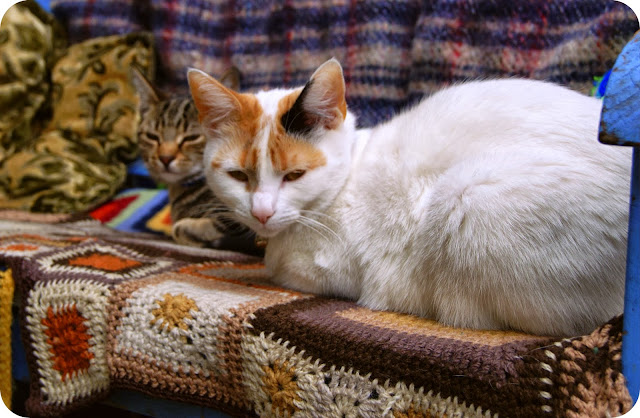 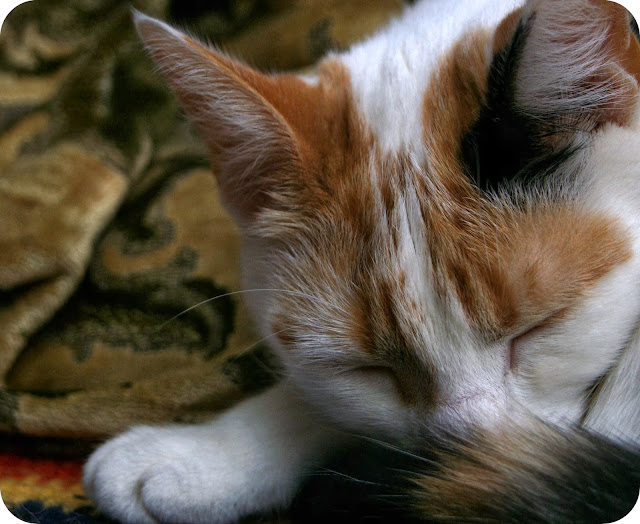 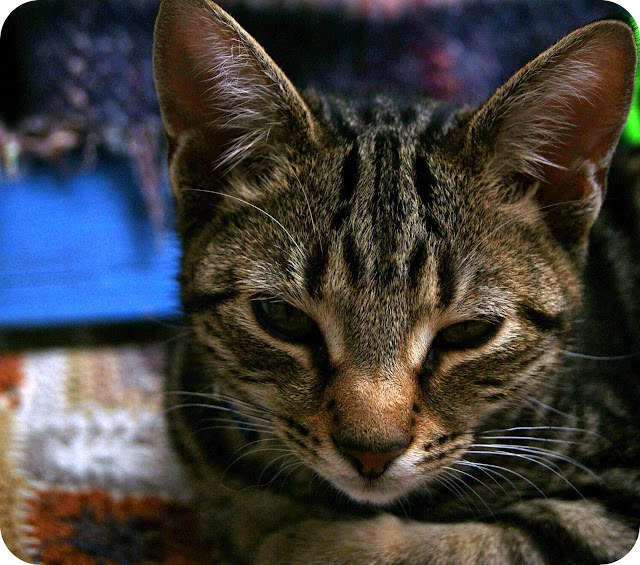 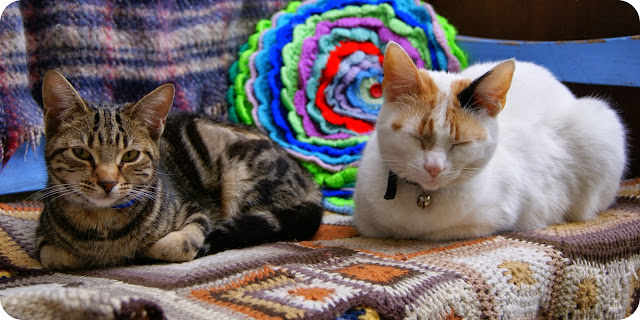 In sleep and in warfare - my girls influence and are influenced by each other.