Last year as the weather cooled down I decided to knit a 'man' cowl for Youngest. He is hopeless with scarves as they unwrap no matter how they are tied or draped so I thought that a cowl would solve that problem. Also, with chrimbly time looming I decided that knitting this 'man' cowl would not only use us stash but would also serve as a pressie as well as solve the slipping scarf issue - I was on to a win win situation.

I started surreptitiously but Youngest saw it and tried it around his neck and made suitably impressed noises even suggesting additional colours - I was delighted - my chrimbly-stash-busting-stress-sorting knitting was definitely on! 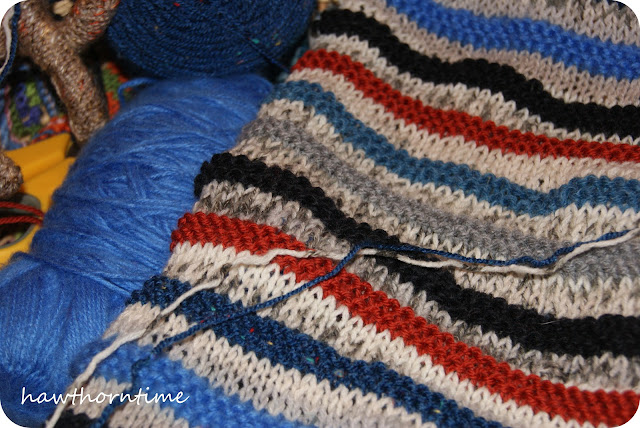 That was, until, it was finished. Talk about being completely unimpressed. Youngest was so not interested that I was quite taken aback. So the finished article sat unloved in the scarf basket (yes we have a basket filled to the brim with scarves, shawls, stoles and cowls near the coat rack) until that is, one day I needed something warmish to wrap around my neck.

I was late for work and I needed a quick fix, something not too warm, not too fussy, not too posh - just a no nonsense warm thing to wrap around my neck and I pulled out the unloved cowl. 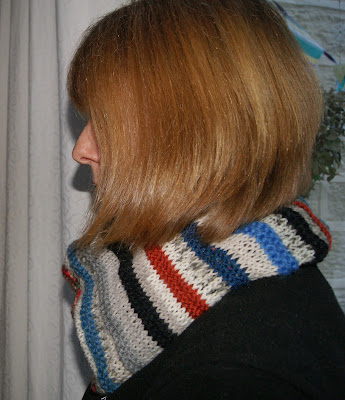 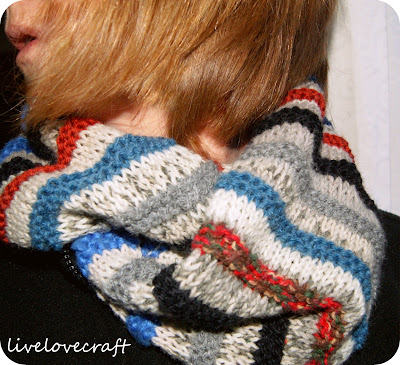 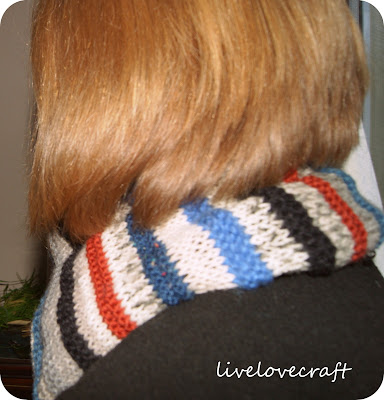 I have re-opened my original blog. I think it is time to do so, I often want to refer back to something that I had already spoken of but am unable to link to 11am as I had closed it.  So, seeing it is the first day of the new month, I thought 'why not??'