On Saturday, whilst I was filling a bucket with weedlings, Youngest could be found crawling around the flowerbeds with my camera firmly stuck to the front of his face. He was squinting with concentration and snapping away. Thank goodness for digital photography...... He was a man on a mission.

Anyhoo - he proudly announced that he was doing a survey to see how many bees were in our garden. We had been discussing them or rather the lack of them a few days before.

We don't have nearly as many as we did a few summers ago, but we found some normal honey bees, buff tailed and red tailed bumble bees, wasps and hoverflies - lots and lots of hoverflies.

Most of Youngest's photos have a blurry insect blob on a flower but he did take enough to make a couple of montages. 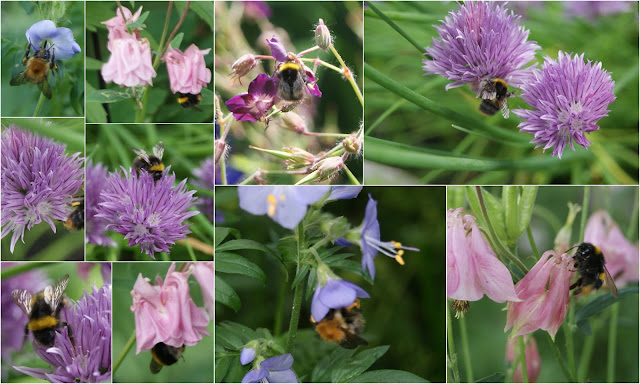 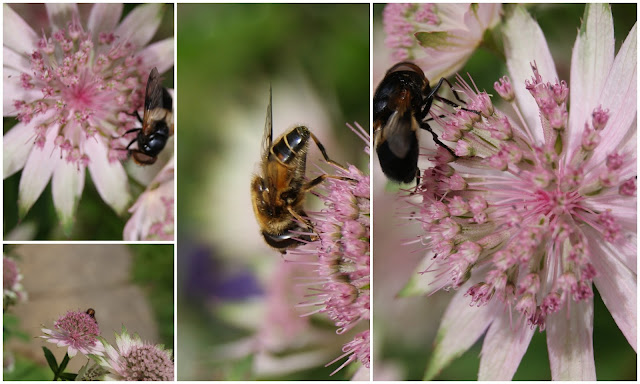 This led to a number of bug hotels being made and dispersed around the garden - told you Youngest was a man on a mission..... 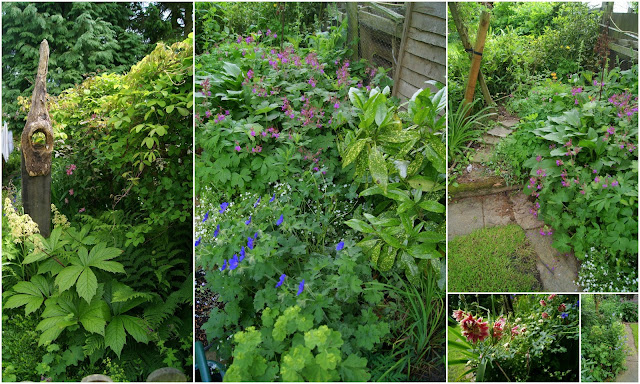