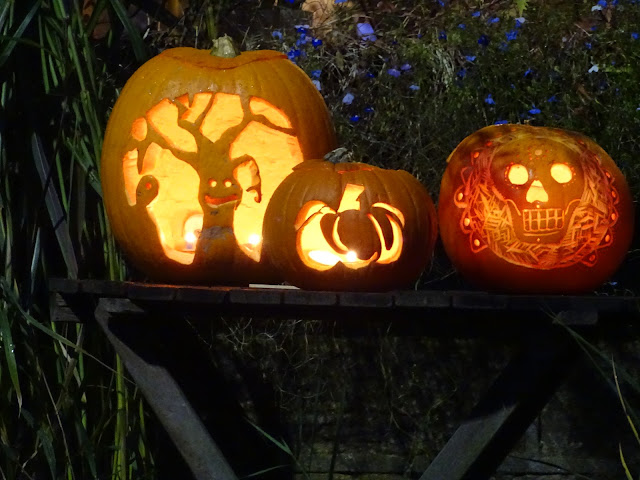 There is a soft grey mist lingering around, dank damp trees with limp rusty leaves. The rain droplets twinkle slightly - almost like small fairy lights - as they hang beneath slick wet branches. 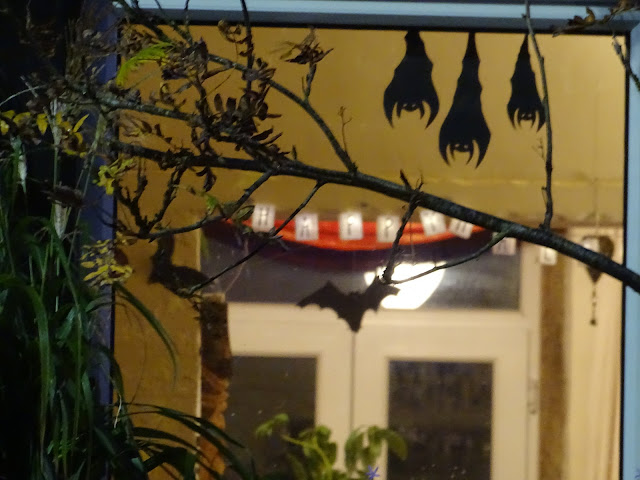 Hallowe'en been and gone with a flurry of bats and pumpkins and the usual delightful wee monsters and beasties at the door with a chorus of treat or treeeeeeeeeeeeeat! Interestingly a couple of older girls asked what it actually meant - so I explained and was delighted that they burst into (albeit a rather tuneless) song so I paid them off with sweets as quickly as possible! 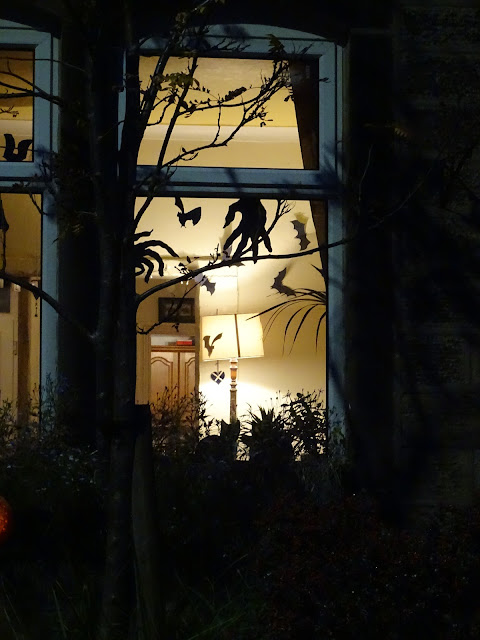 It was good too, to see more (although still in the minority) home made costumes and more variety - less 'scream' masks and a lot more empowering girl power dressing (Frieda Kahlo, female astronauts and Ninja girls) and less sparkly princess. As ever the watchful parents quietly following at a respectful distance mouthing thank yous or prompting their small festive charges to say the same. It is always a good humoured evening and we unfortunately ran out of sweets (after over 60 little visitors) and had to switch off the lights. 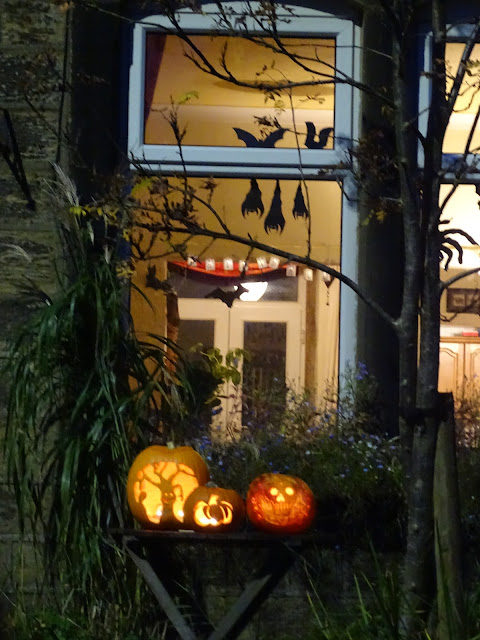 As ever, the fortnight long build up to Guy Fawkes and bonfire night has had the inevitable fireworks most evenings. We have a couple more days until the 5th November so I suspect evenings will still be subjected to bangs, explosions and whizzes. One cat quietly vanishes into the airing cupboard, the other trots around growling anxiously until we can ground her with a warm and cozy blanket and soothing words, the dog melts into her bed, pressing herself flat as possible until you produce a toy or a treat and then it is all forgotten and she instantly recovers (not sure what goes on in that fuzzy little head of hers). 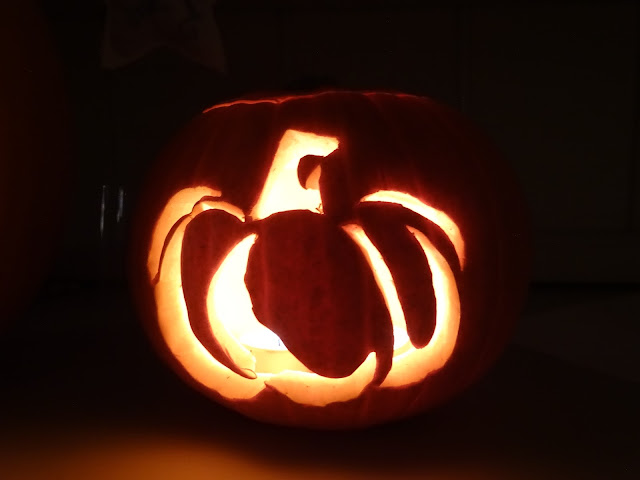 Monday - today is still a day of catch up and recuperation. Over the weekend I was at a two day art and craft fair with a number of arty friends, met and made new ones there too, however it was a most disappointing event.  Virtually no visitors. There had been no advertising apart from word of mouth and four small A4 posters put up on the road the Friday before we set up.
On occasion it was so quiet that the only folk in the building were the stall holders and the rather uncomfortably squirming organiser............... 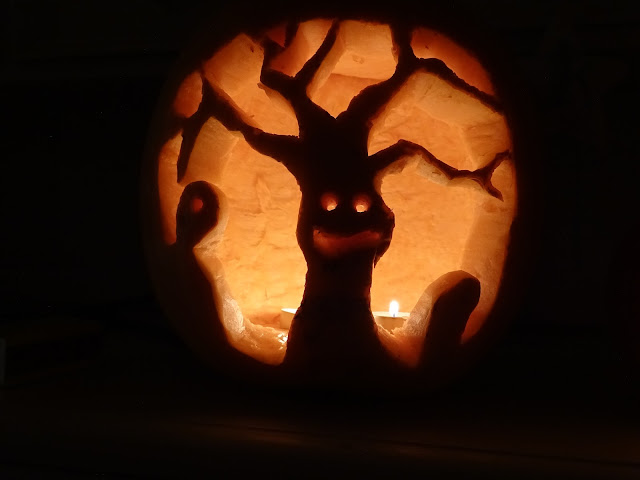 One or two artists had particularly firm words with her and one even packed up early and said that this was to be his final event - he'd had enough and this one was the final straw - oops. 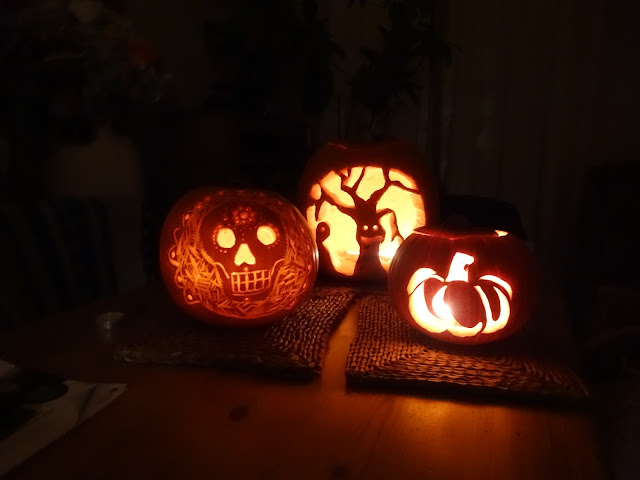 On the positive side, I have made some good connections and received a number of commissions - so I have stuff to get on with (future proofing is as good if not better than flash sales - however it is those sales that give you the buzz). Mark it down to experience and move on. 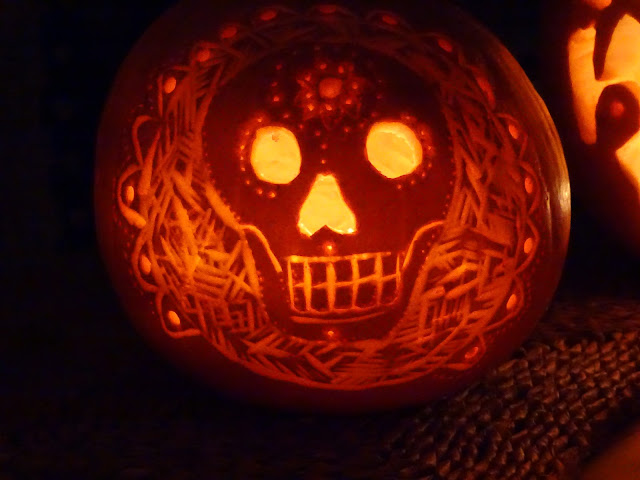 As ever everyone's interpretation to last month's list of words blew me away - I am always pleasantly pleased to see how one word can give so many stories and photos - thank you all for joining in :)

November's words will be the last for 2019, we'll rest the challenge for December - there is enough to do during that month any way and then we'll resume the scavenger hunt in January.
SO - November's words .....

We'll share and show our photos and stories on Friday the 29th November.
Until then!