Wow - what a difference a day makes.

Yesterday morning we were up before the sun and were surprised by this ....

Some one 🐾was delighted of course and we had to go out several times during the morning to check it was still there. Several zoomies ensured whilst more snow fell. On the road through the village it was gentle chaos with cars sliding backwards quite gracefully past our house. Himself managed to get to work but messaged me to say that a bus had slid sideways and had blocked the road and there had been a gentle sprinkling of abandoned cars at silly angles all along the way.

This snow and the following heavy rain meant an indoors day (good I thought - think of all those chores which need doing and often get blatantly ignored...) So I sewed instead!

My work trousers, although retailed as 'women's workwear', still needed altering. Despite the added elasticated waist band either on the hips or at the back I still have to take the waist in. One set, as a token nod to 'female' clothing was covered in the brightest pink labels - they were the first to be removed! Gah - I can feel' my hackles rising as I type this. Why - WHY do they add pink labels to prove that these are indeed for women FFS.

Any hoo, where was I? Oh yes, trousers. I then had to take the hems up, although I ordered three pairs, one navy and two black and despite all being the same, two of them needed moderate shortening and one was so long I actually had to cut off a huge chunk before I could turn them up? (so, pink labels AND shoddy work)...

Then, as a nod to my inner artistic streak and to my non-conformist dress sense - I started to embellish the left leg in a sketchy Sashiko style stitch - you know, just because. 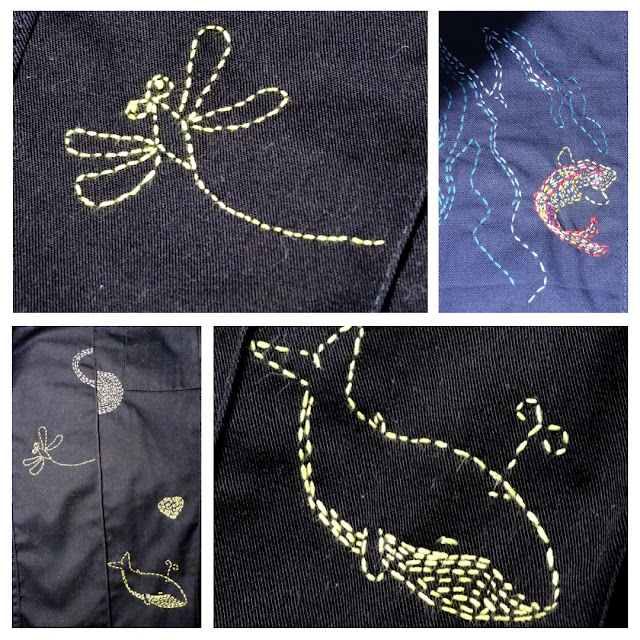 Any hoo - I still need to complete the up-scaled drawing of the walled kitchen garden - I've laid it out on a large drywipe board. The hard landscaping is in permanent ink and the instructions will be in drywipe. There wasn't a very good crop rotation put into place with nearly every bed having nearly every variety of vegetable planted in it. 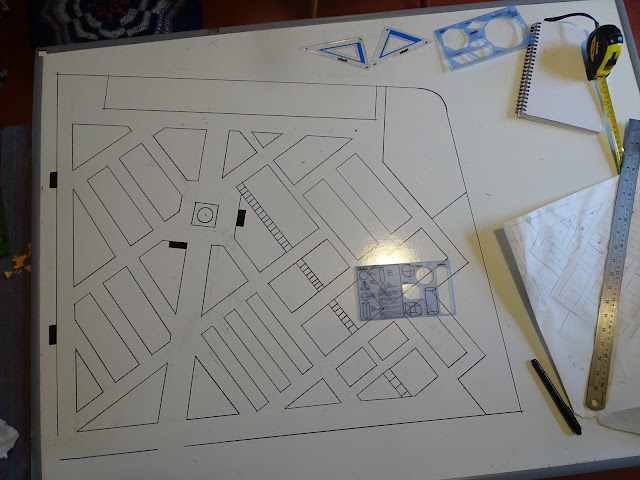 I still need to add the orchard and add all the pruning and rotational planting details then it will go back to work. It certainly has kept me quiet for a couple of days!  All that remains is for me to try and squeeze it back into my car, when I brought it home there was only me as Moss was at home. It is going to be a tight fit!

Moss and I have just returned from a dripping and sodden garden. I popped into my glasshouse and am quietly pleased to see things have survived and indeed thrived and I suspect as soon as the weather warms, they will romp on. Right - enough waffling, that garden plan won't draw itself and that mug of tea is going cold - have a good Wednesday and see you all on Friday!