I have retreated from the garden - my own this time - as I have had enough of the wasps 'bumping' into me. They have moved into the greenhouse, beneath the slate flooring my potting table stands on. I'd not noticed them initially until I saw a steady stream of buzzy things flying at knee level and dropping down to my feet as I was about to start potting up succulent cuttings. 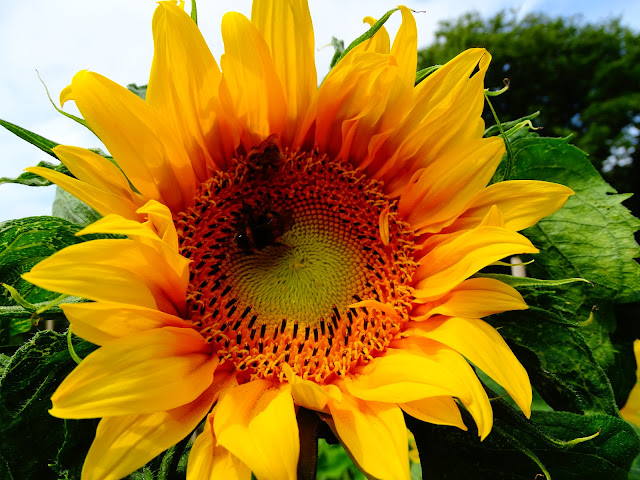 On closer (!) inspection (on hands and knees and glasses on) I noticed that the buzzy things were wasps and they by then had 'noticed' me. That is when the 'bumping' started. So after grabbing a few essentials I moved my potting up plans to the patio table - where after a few moments, I felt that 'bump' again - they are definitely flying into me as a warning. 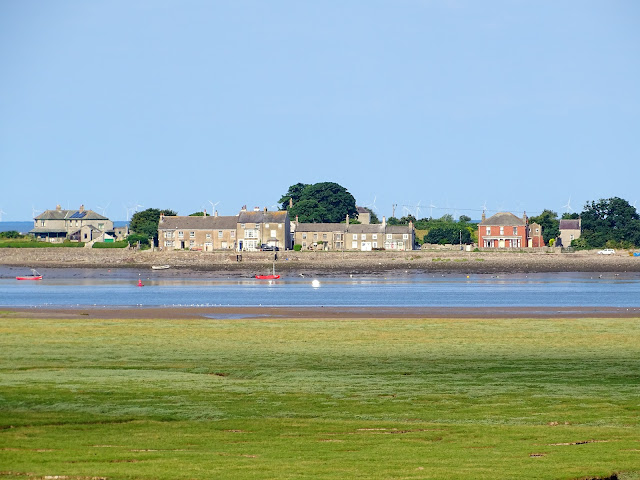 Any hoo - I removed myself from 'their' flight path and have spent the morning clearing the path into the garden, along the edge of the back lane and hanging washing out, essential but boring jobs. And now, I am inside, with the cat and the dog and a tall glass of cold juice. It is 28 deg c and muggy out there despite the overcast skies and light breeze. 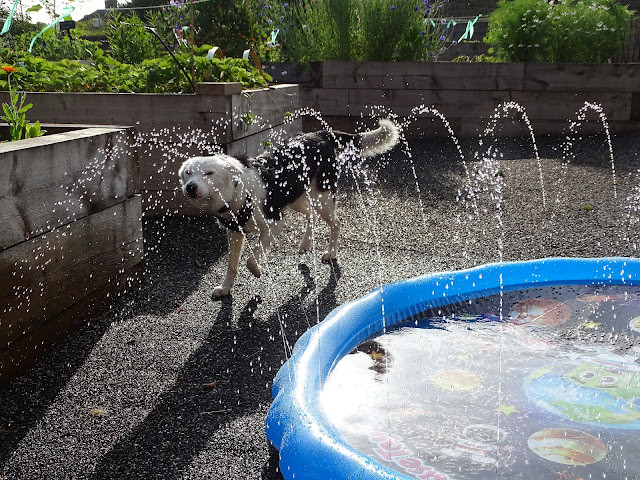 I was working this weekend and had planned to jump in the van and head for the hills however, having got home, slumped on to a bench in our garden with a mug of tea and a fruit and nut flapjack (oh so delish), I realised how tired I was - so we spent a quiet weekend at home in the garden - we are so lucky to have this small patch of Eden just outside our back door and I am very grateful for it.
If you were wondering about the photographs - the top one is our hopefully work's 'winning entry' into the local sunflower competition. At seven foot I suspect it is not the tallest but hopefully an improvement on last year's entry when apparently they came last!
The middle picture is the lovely little coastal village of Sunderland on Sunderland Point, Lancashire. We visited it back in June and I would not mind a second look.
The next photo is Moss at work actively avoiding her splash pool - stoopid dog. Loves water, loves hosepipes, loves swimming, loves her own 'pawsonal' paddling pool....... however - ask her to trot through and look like she is having fun immediately became an issue!!
Any way - this post is more for me, to get me blogging again, so thank you for reading through this waffle, normal transmission will return (soonish?) well, I can hope can't I!
Moss and I can also be found HERE
at July 26, 2021