Thursday was mostly like this, crisp icy air racing into our lungs. Eyes stung by snowflakes flying on the bracing breeze. 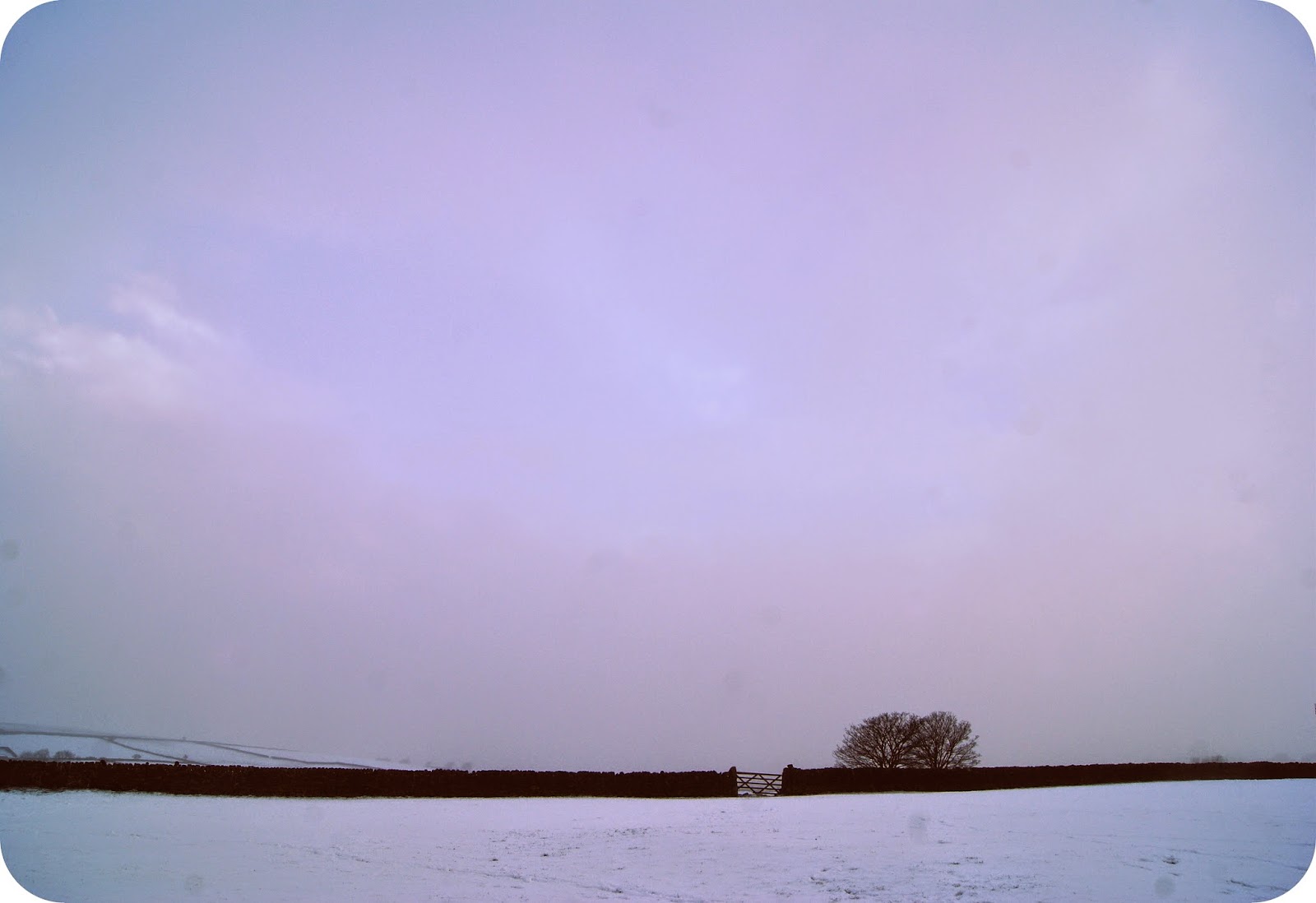 Thursday was mostly cold and wintery, the lanes were sporadically impassable, the dog was mostly giddy - like she used to be when she was younger. 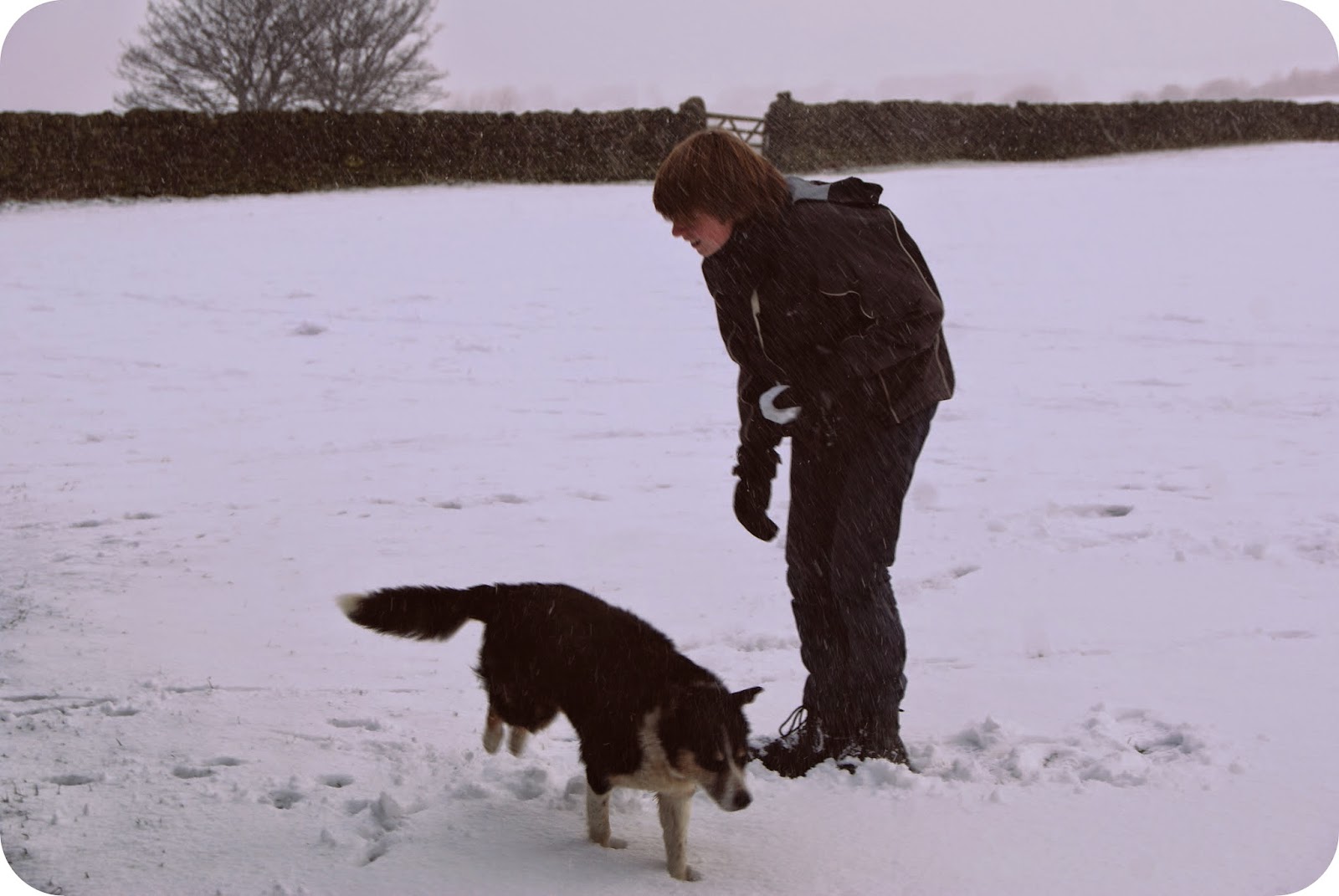 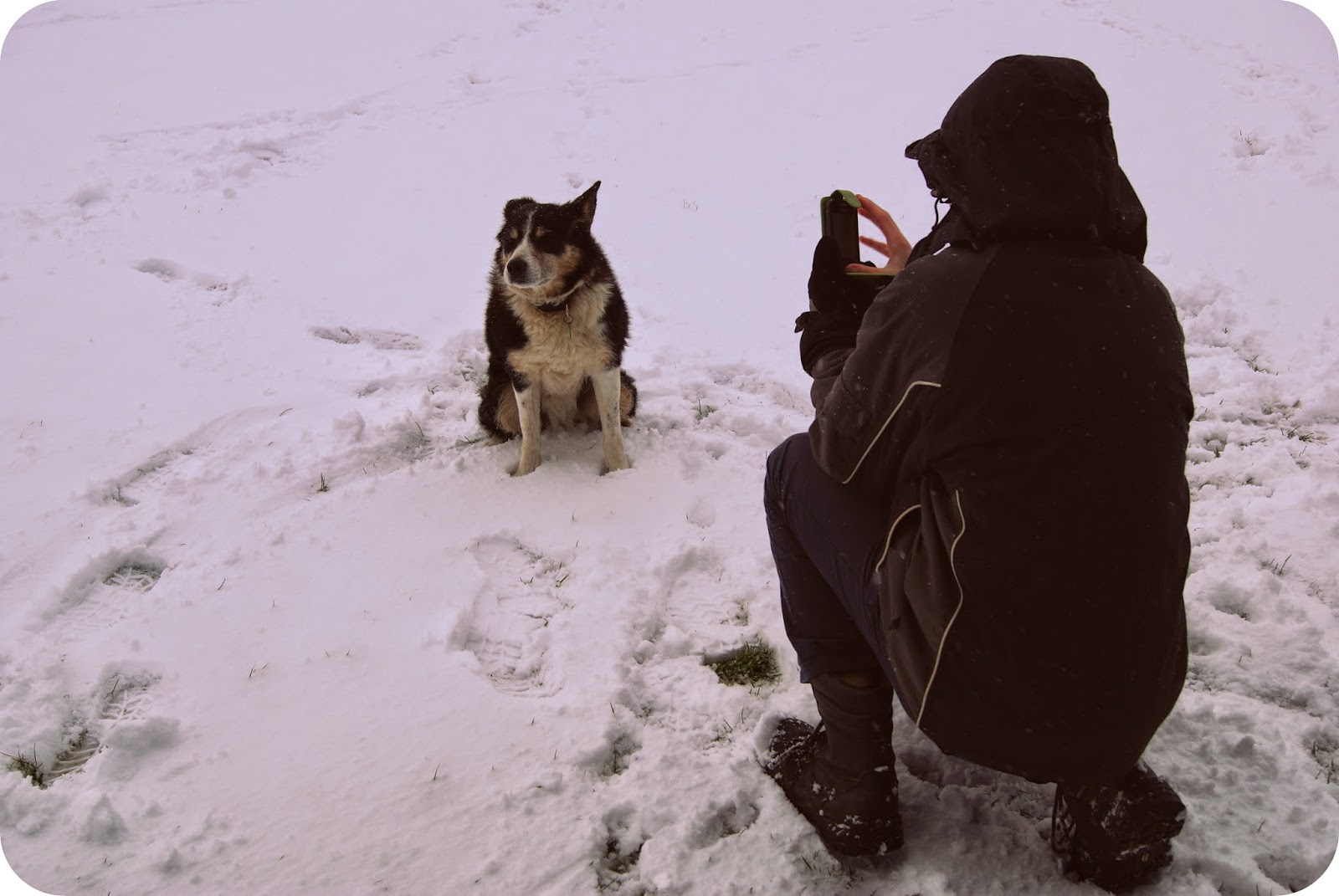 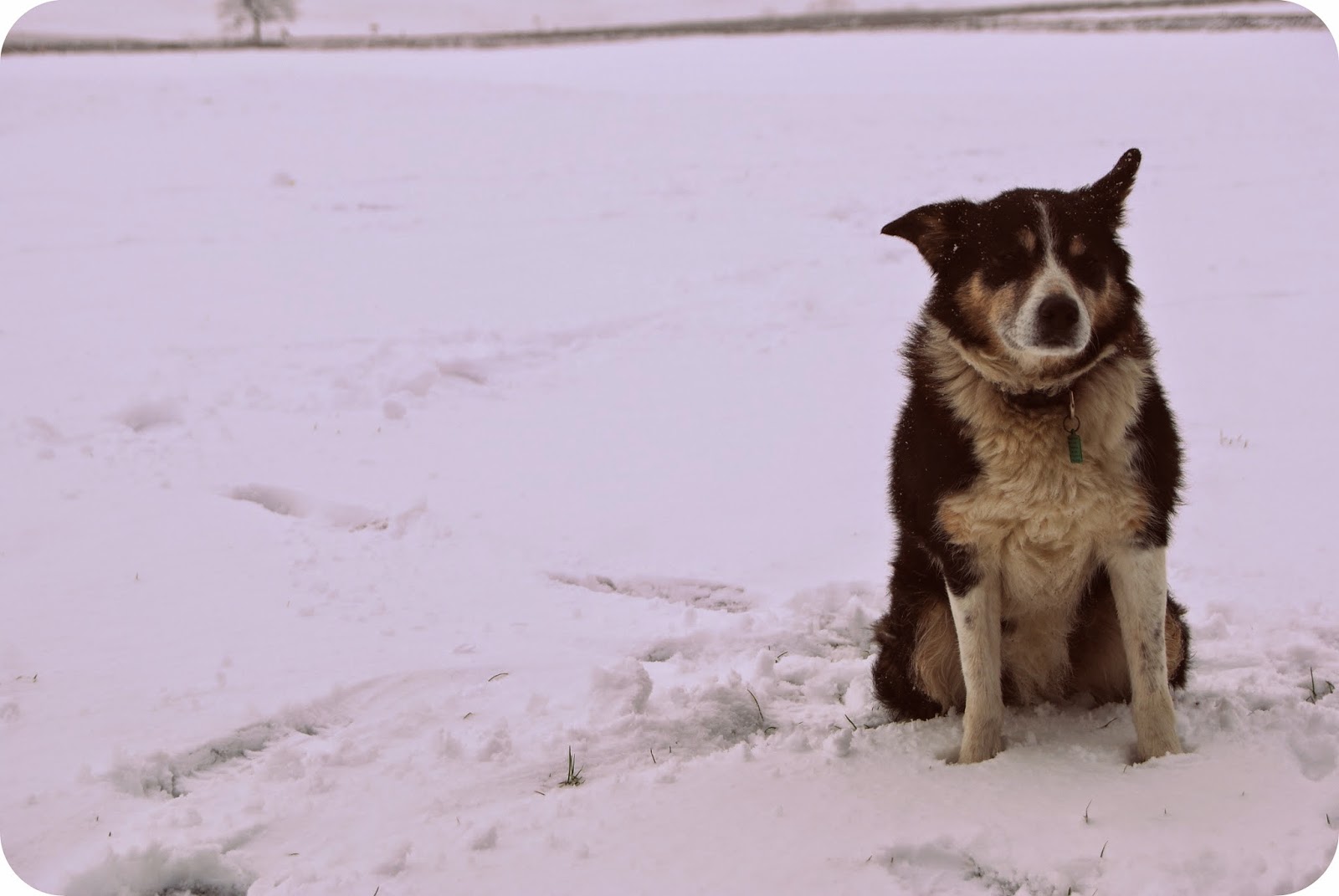 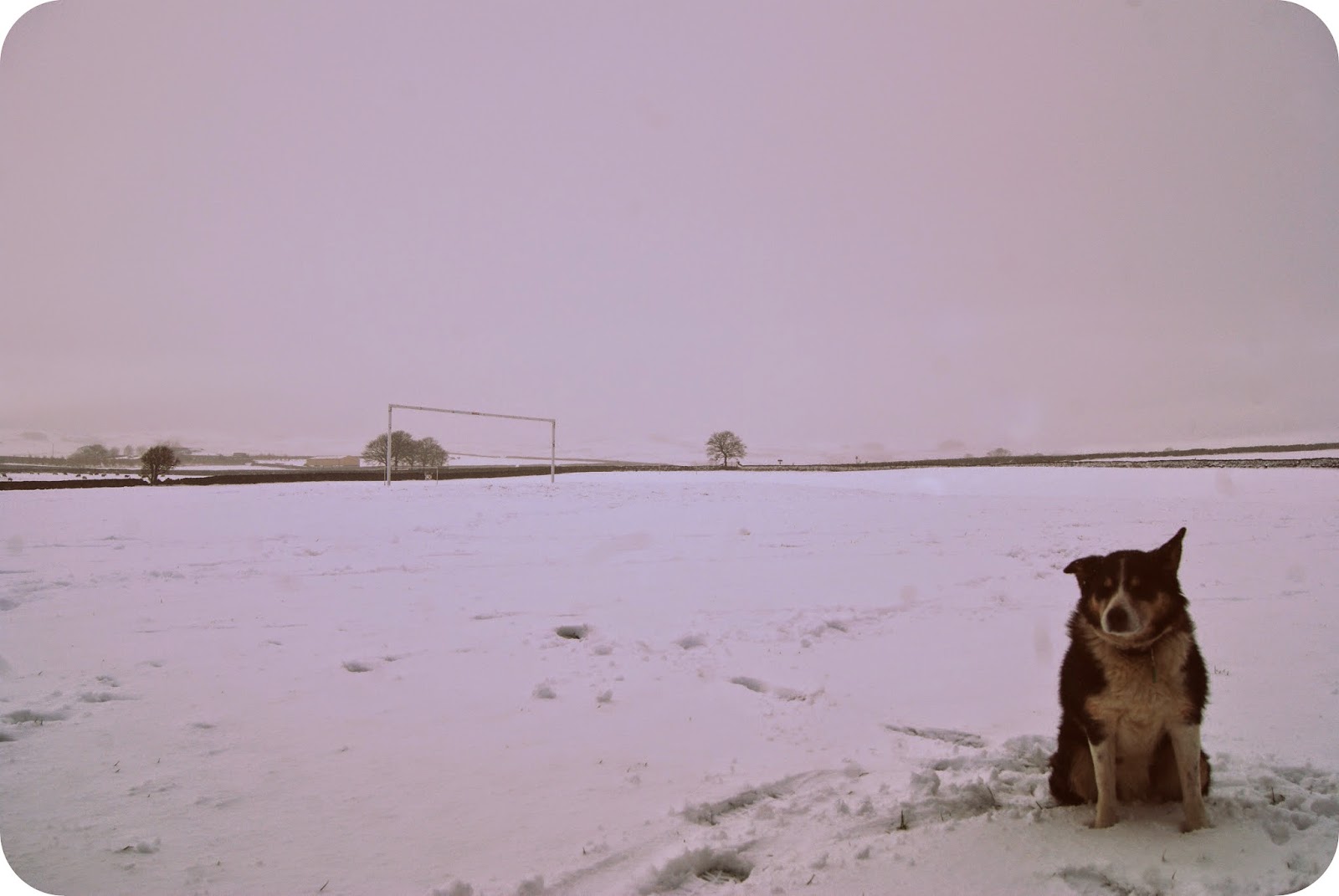 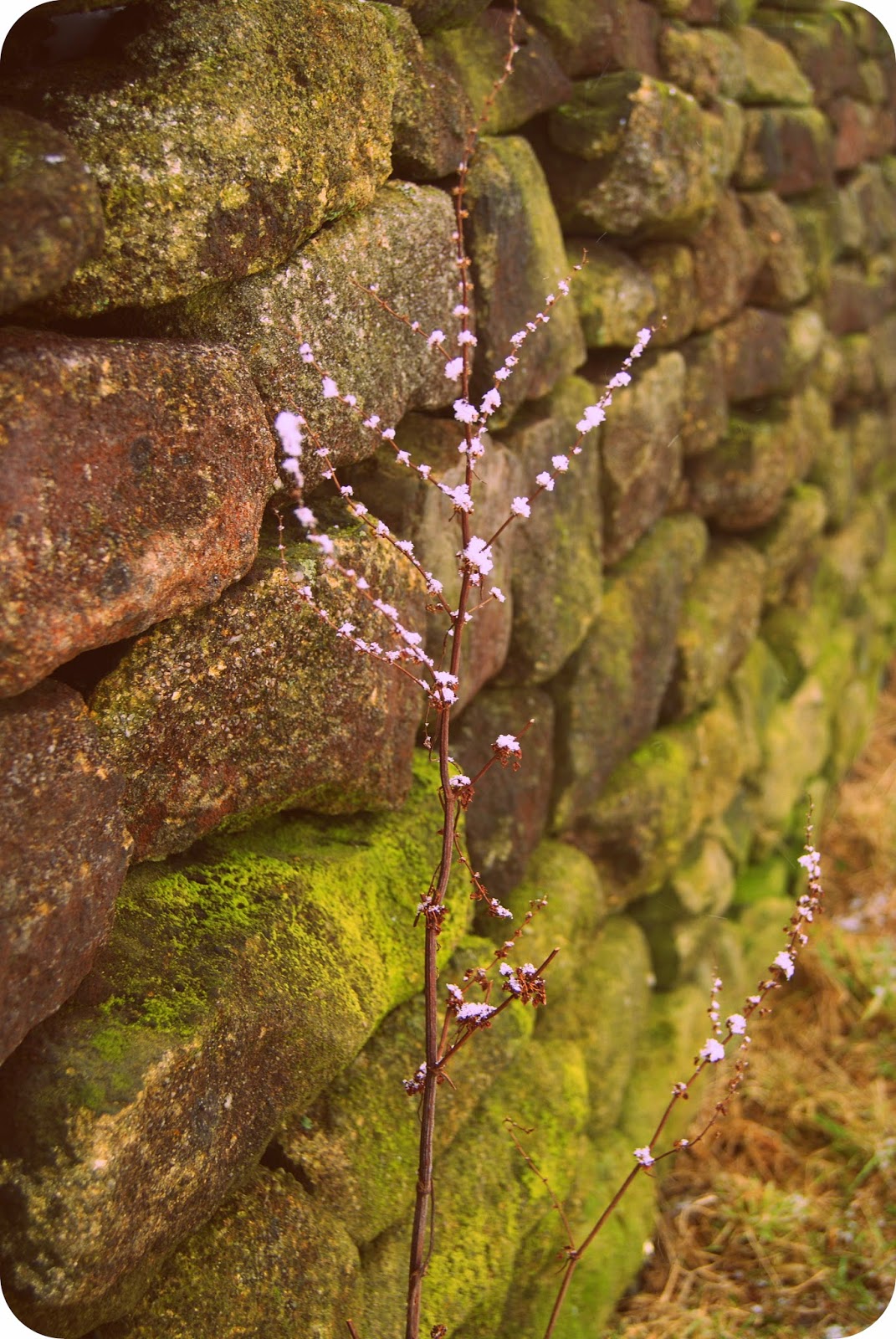 Our surroundings were mostly monochrome except for this part of the stone wall, where a weed seedhead left from last summer had been decorated with beads of snow. 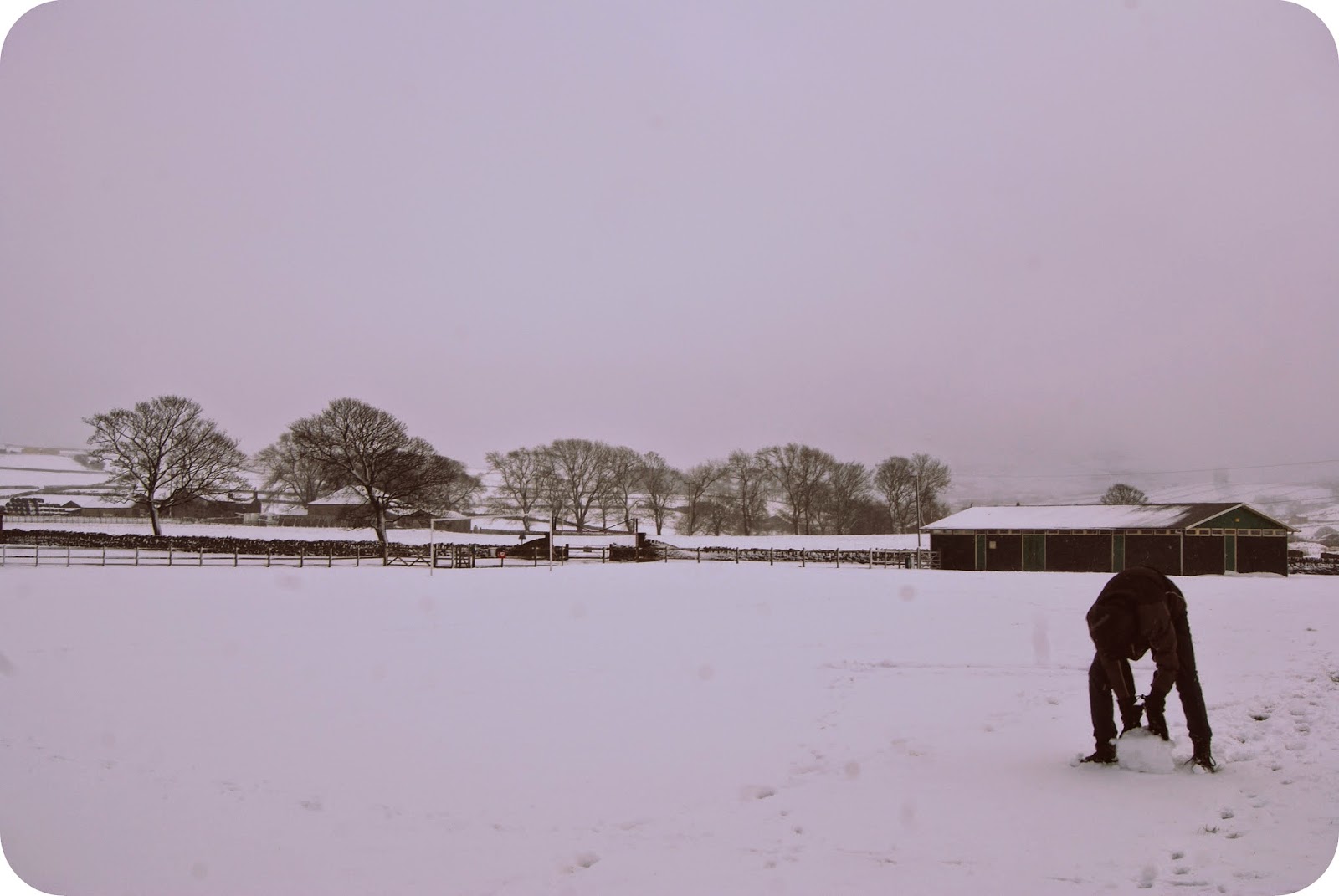 Youngest began to roll snow, as the sky began to change colour. 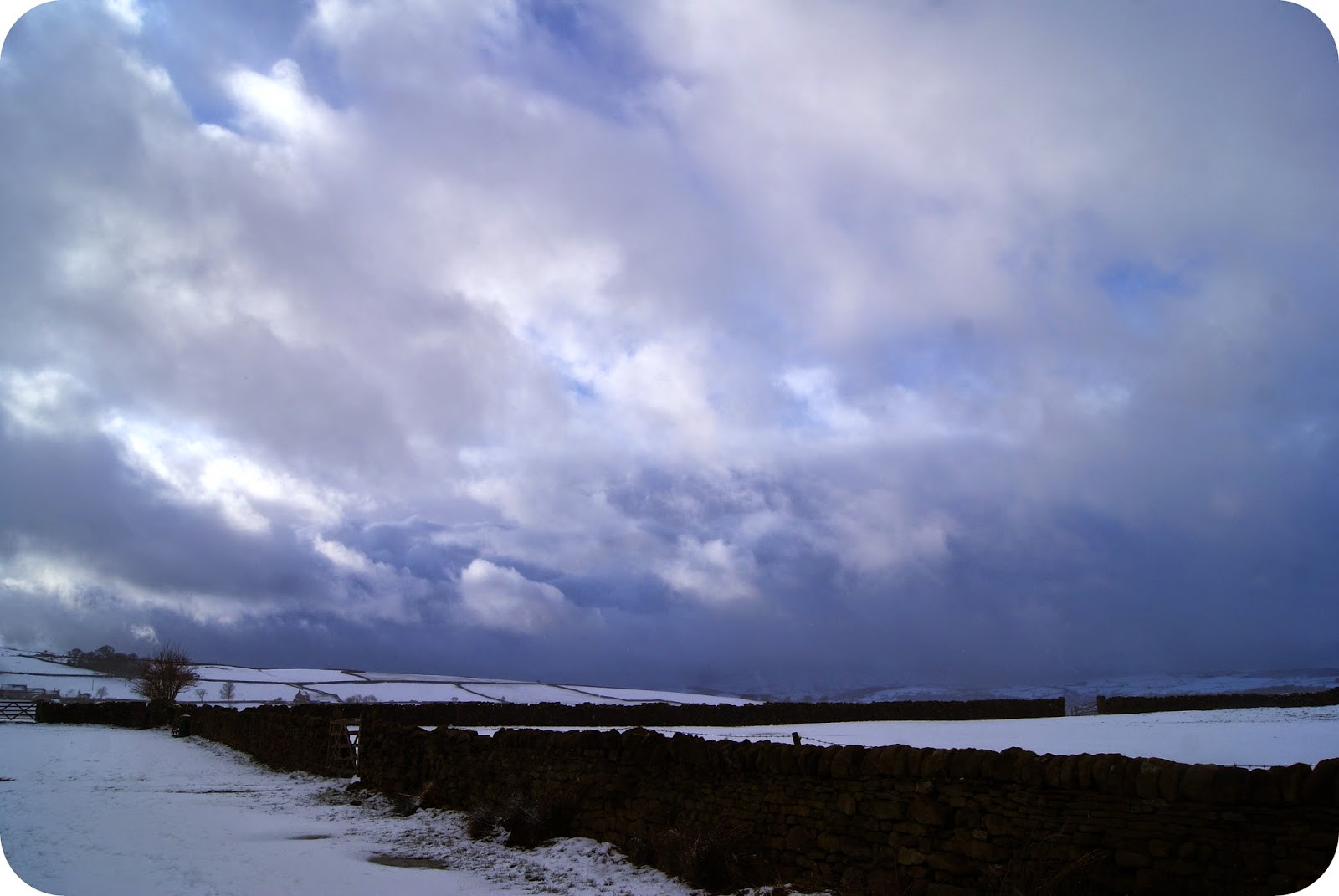 Thursday was mostly wild, with dramatic clouds as if on icy fire. Huge jagged  monoliths towering above us. 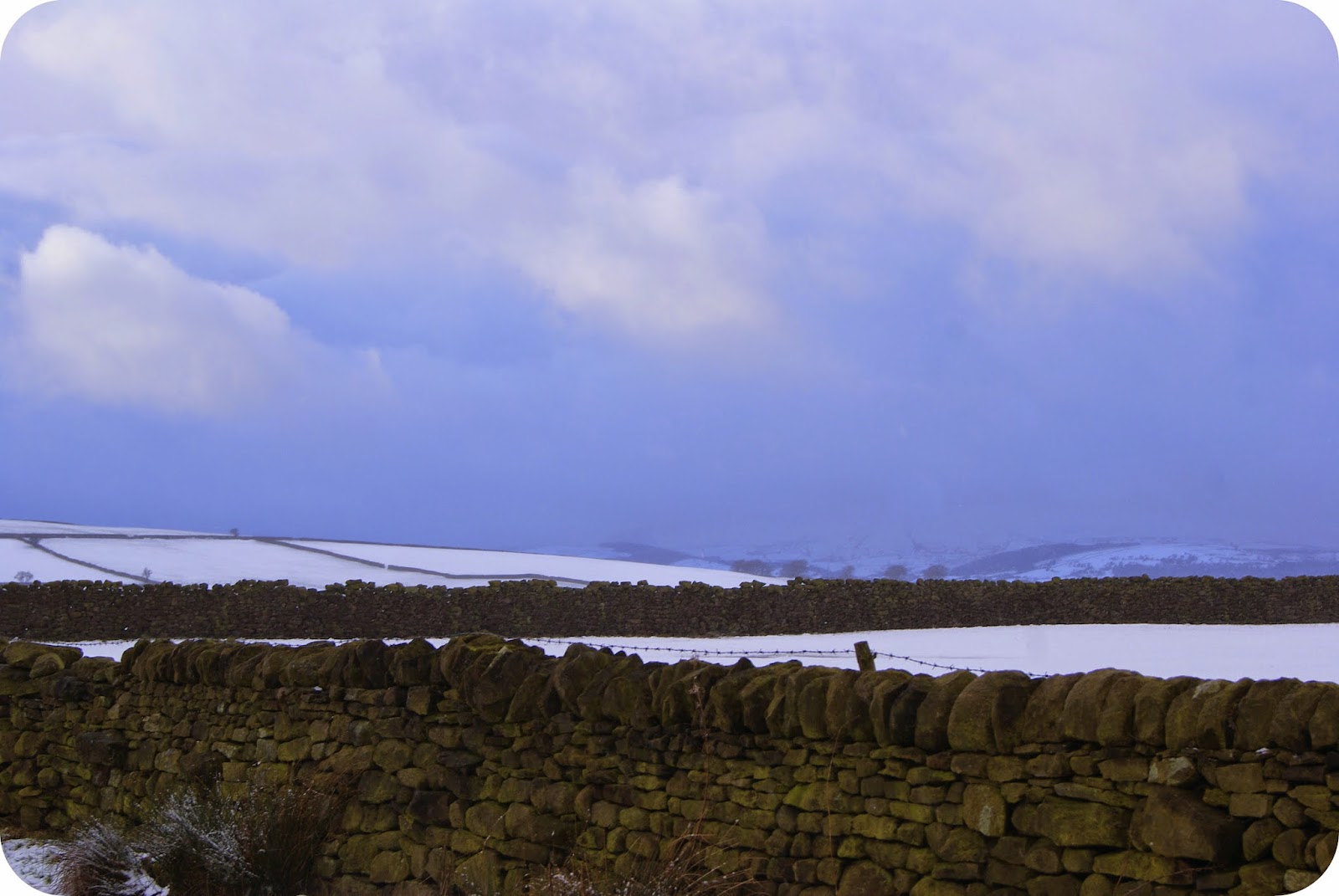 Youngest seemed oblivious to the impressive display as he and the dog ran around. The lanky teenager still learning how to deal with his sudden growth and the elderly dog who'd temporarily had forgotten her aged bones. 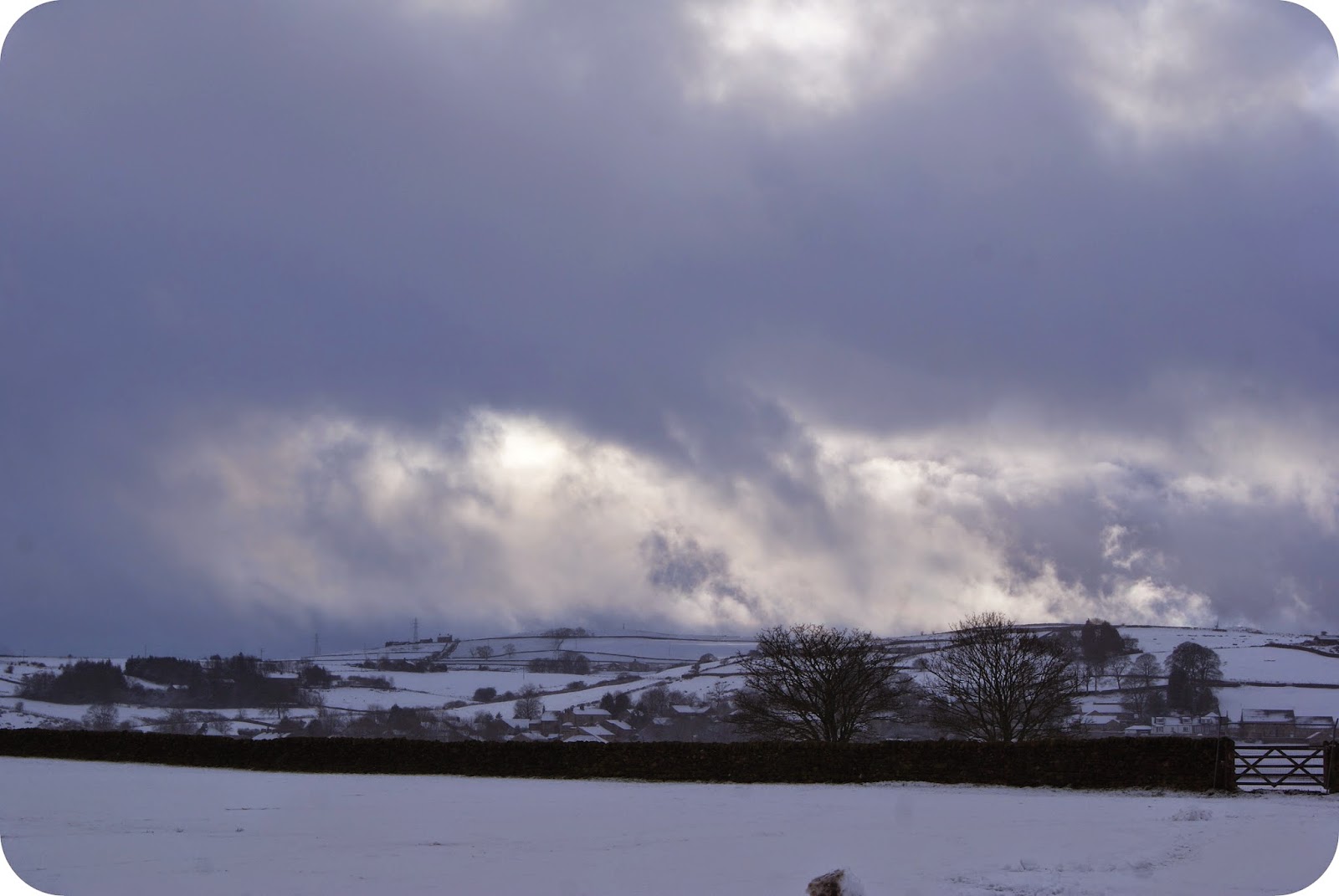 Eldest, on the other hand seemed as captivated by the brooding display as was I. 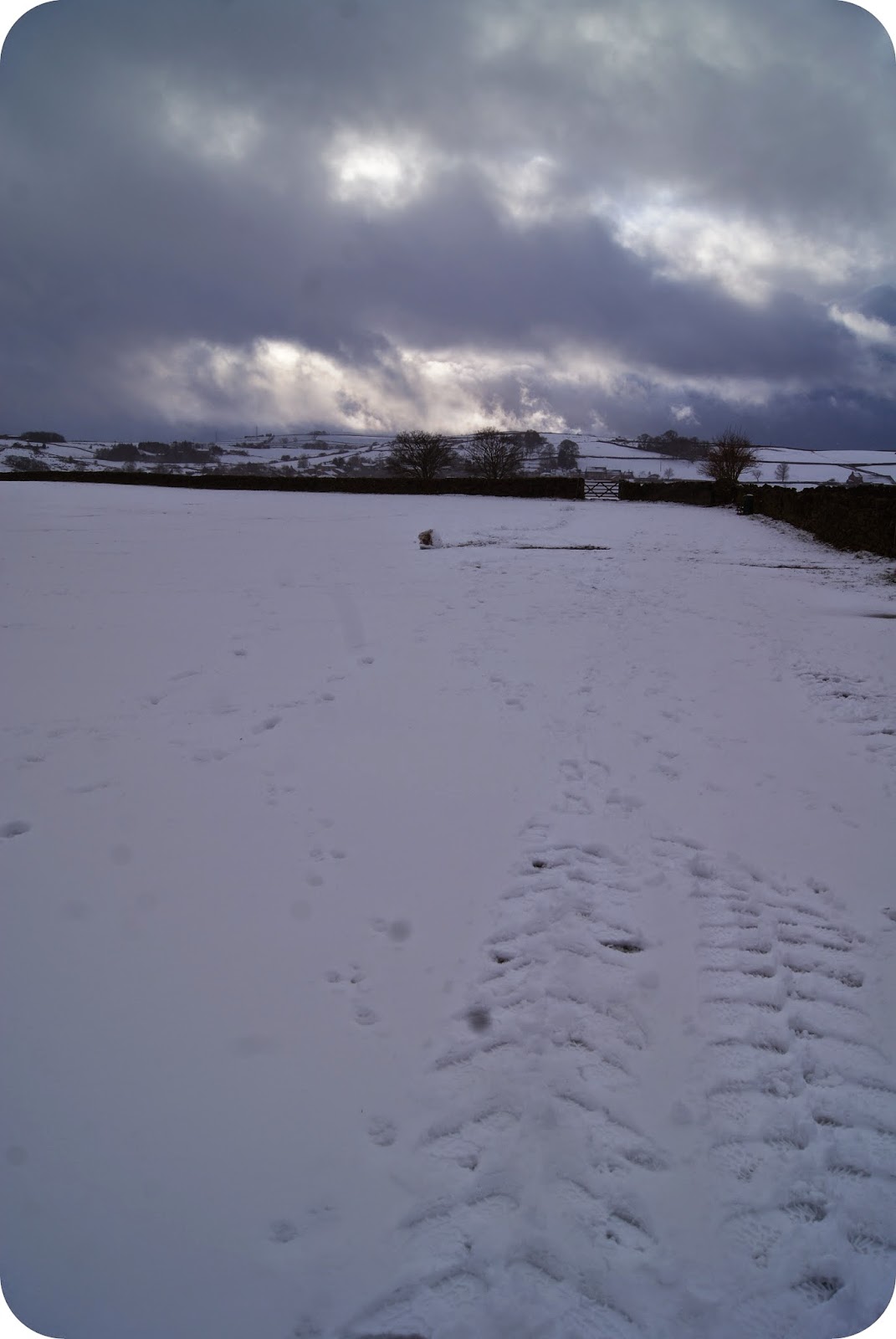 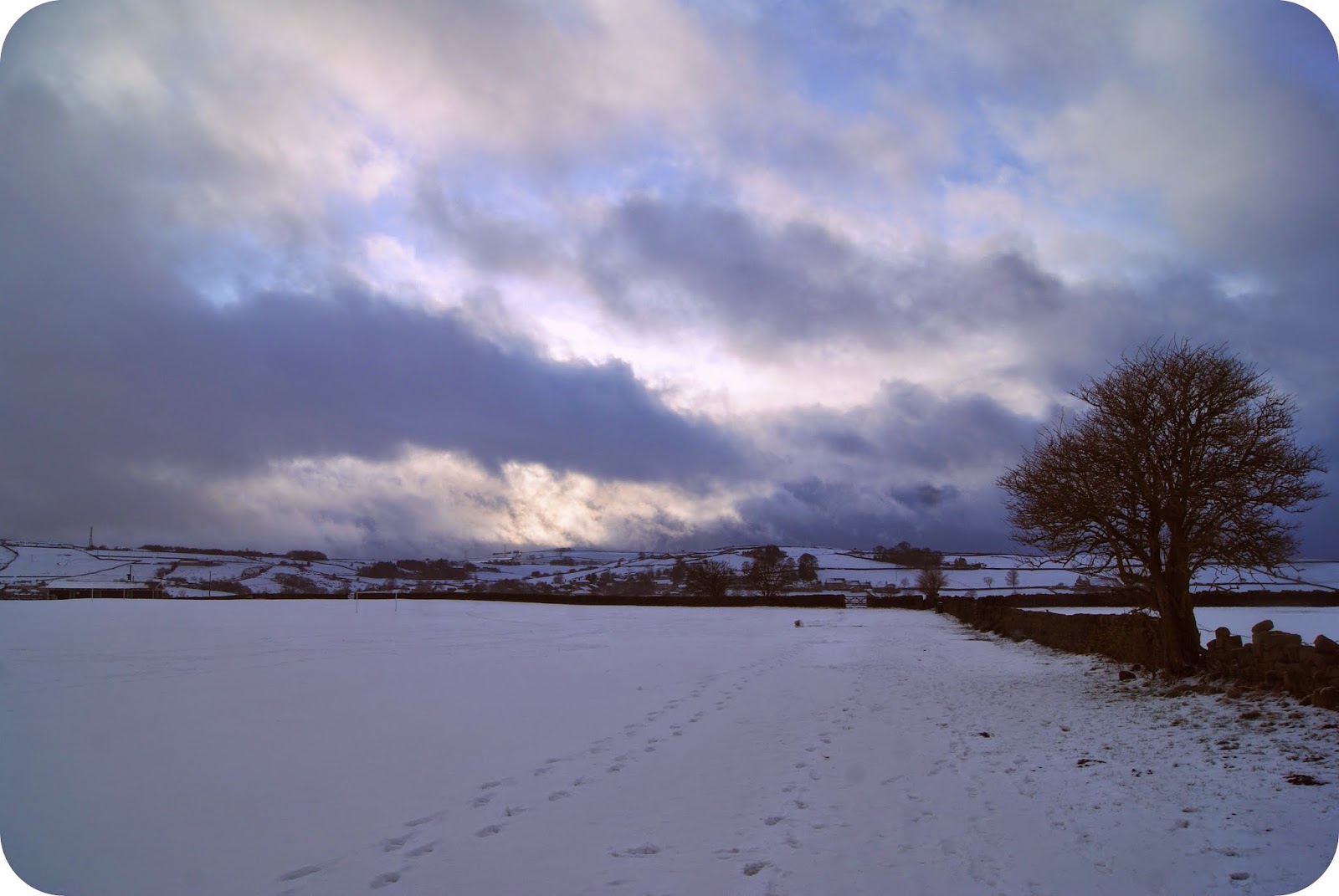 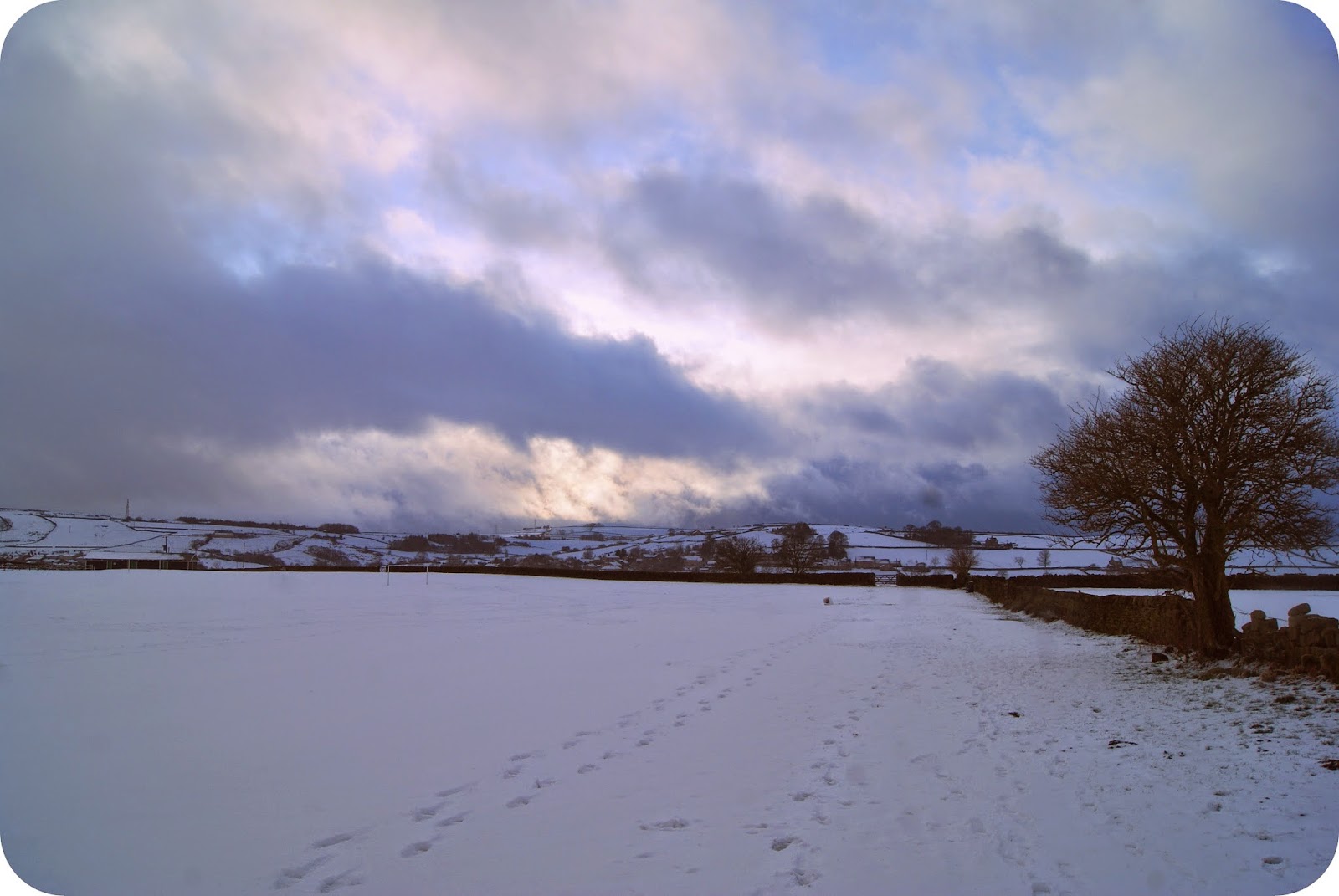 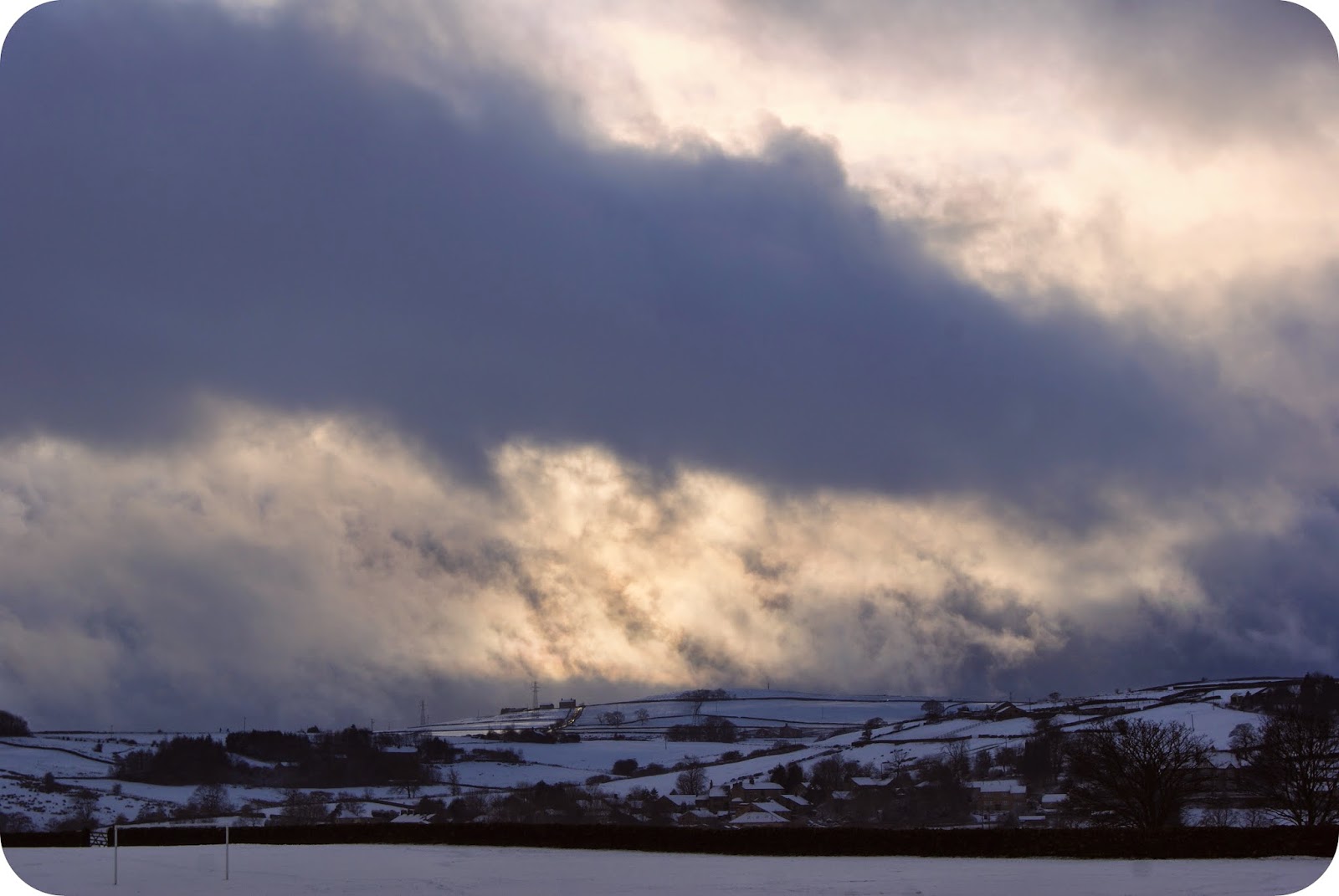 We all agreed however that returning home would probably be the wisest idea. The added promise of mugs of tea and warm noses completed the plan. 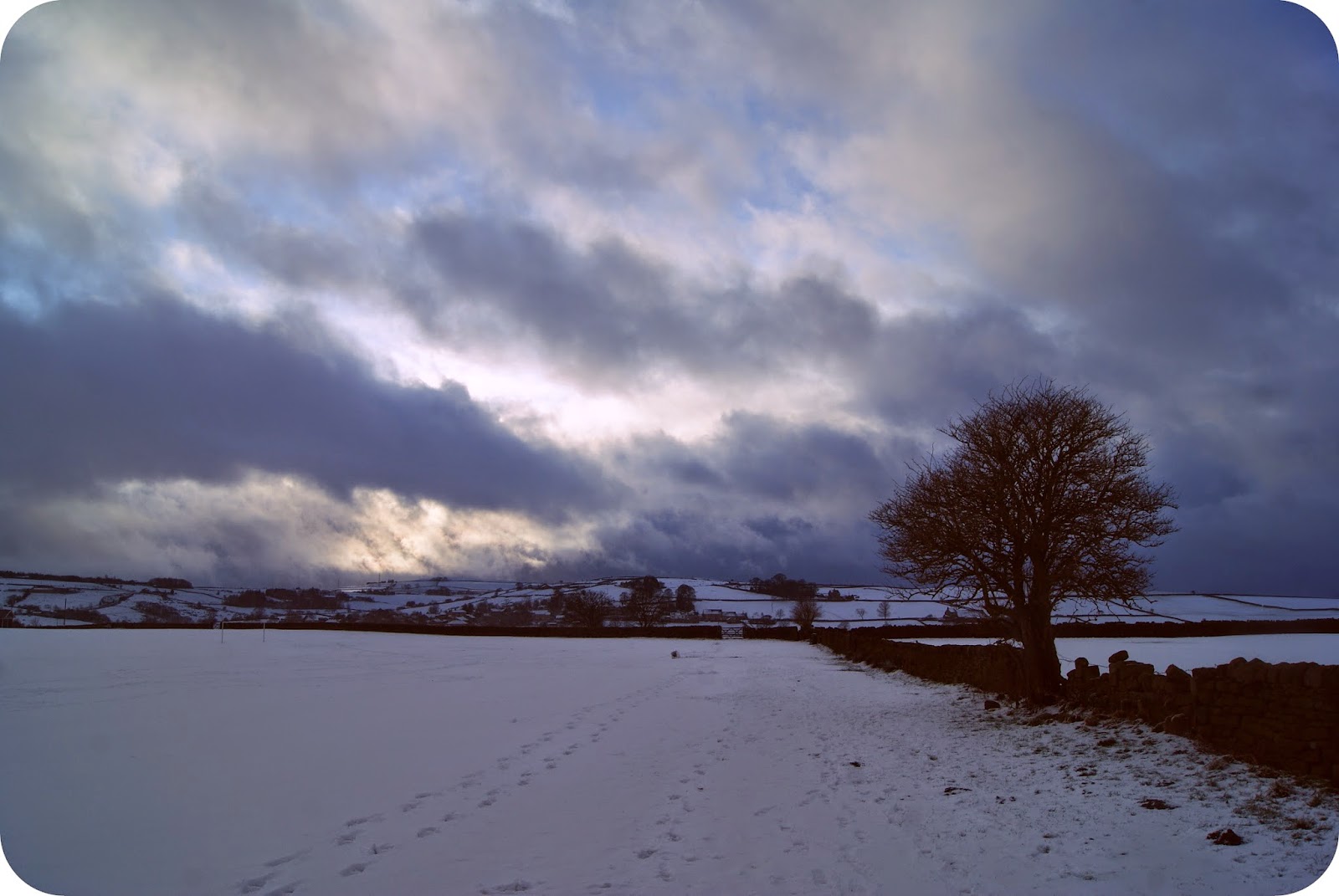 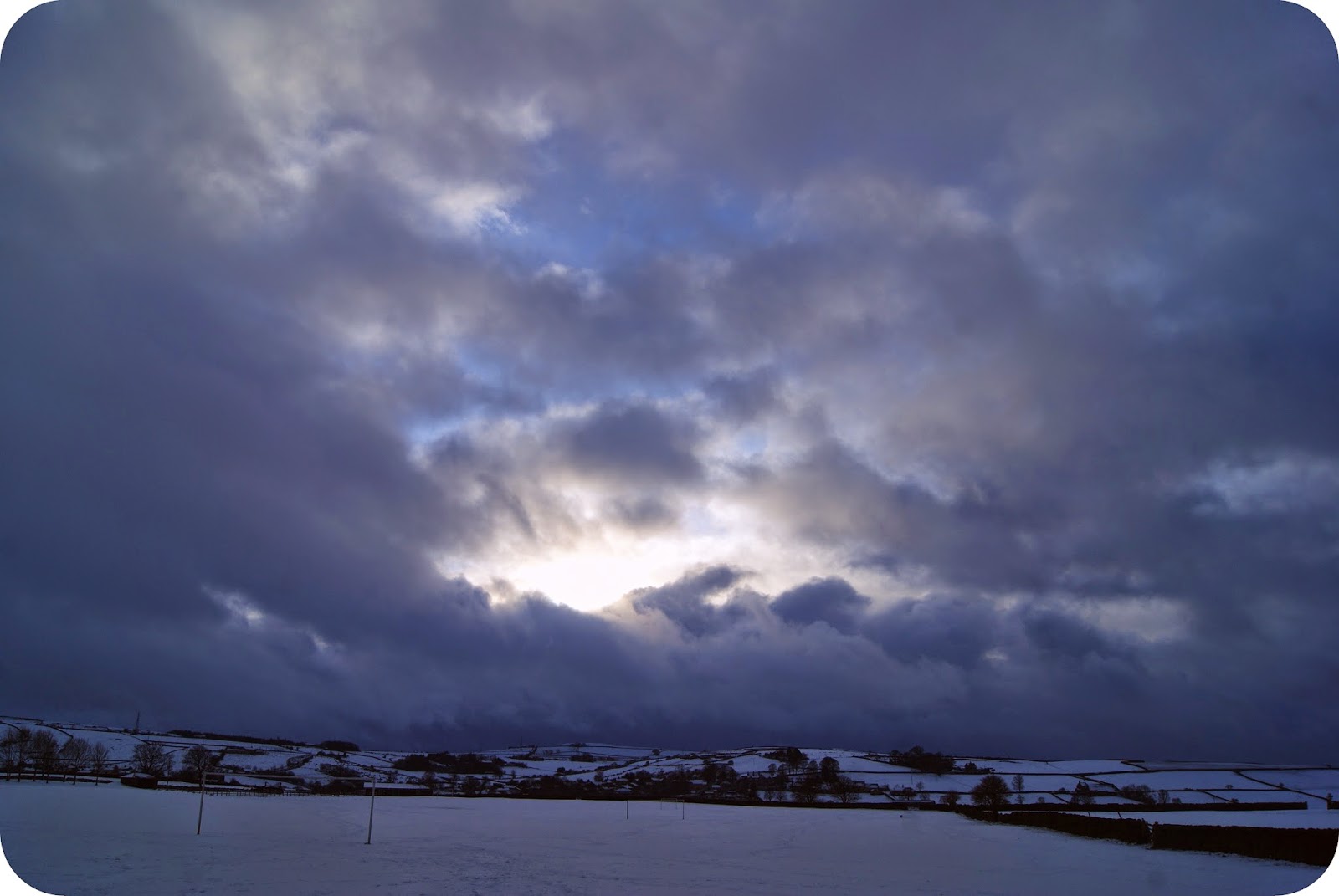 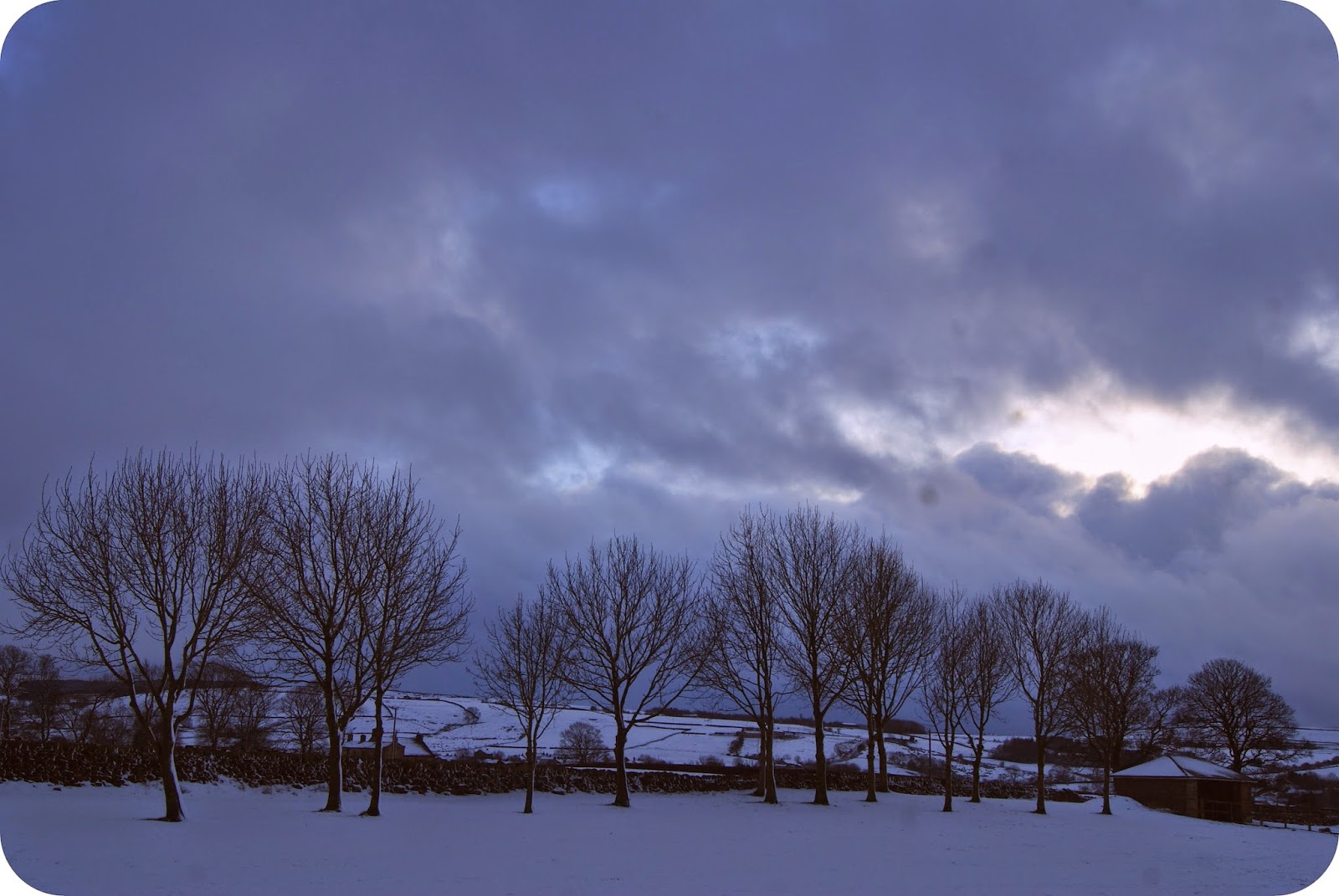 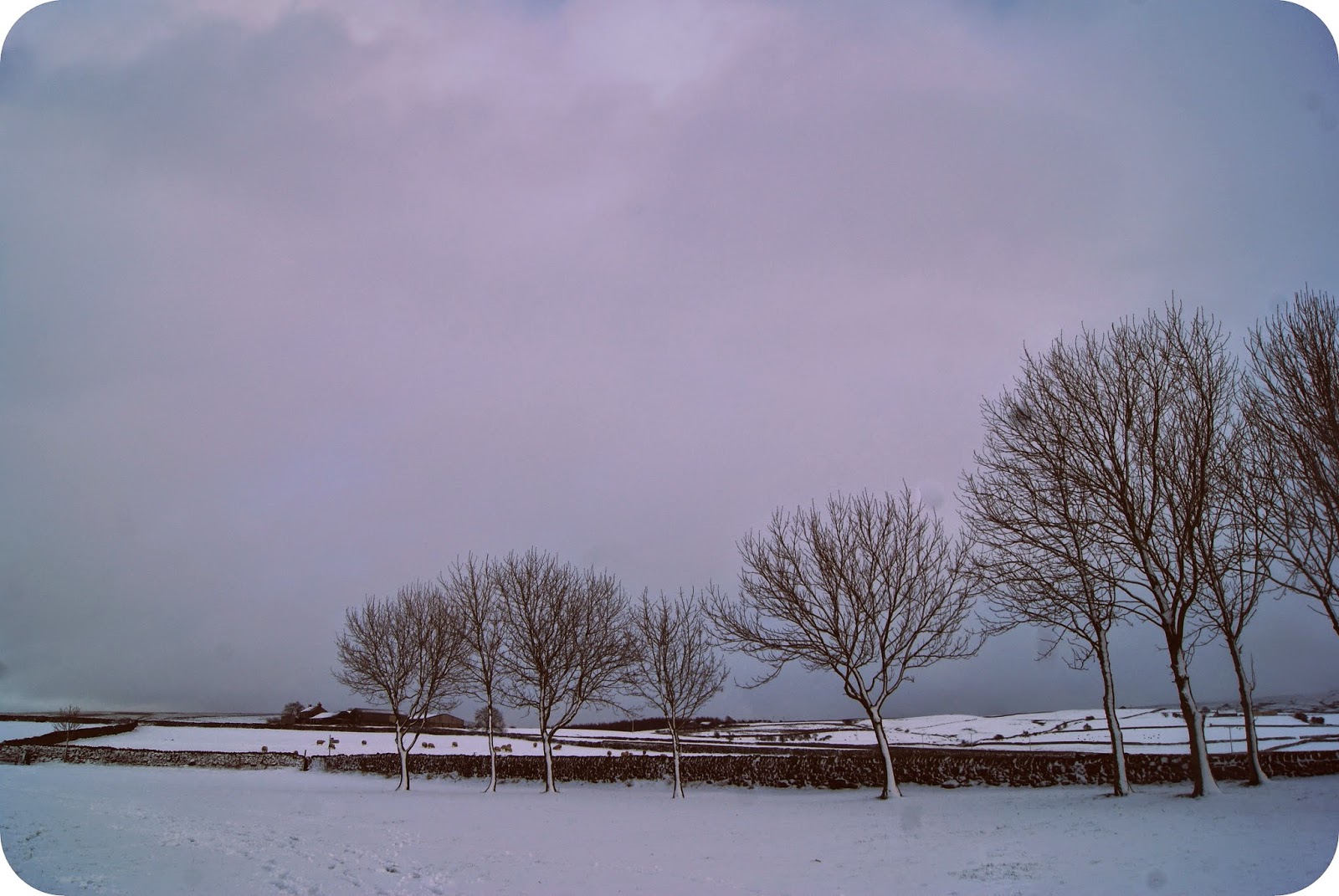 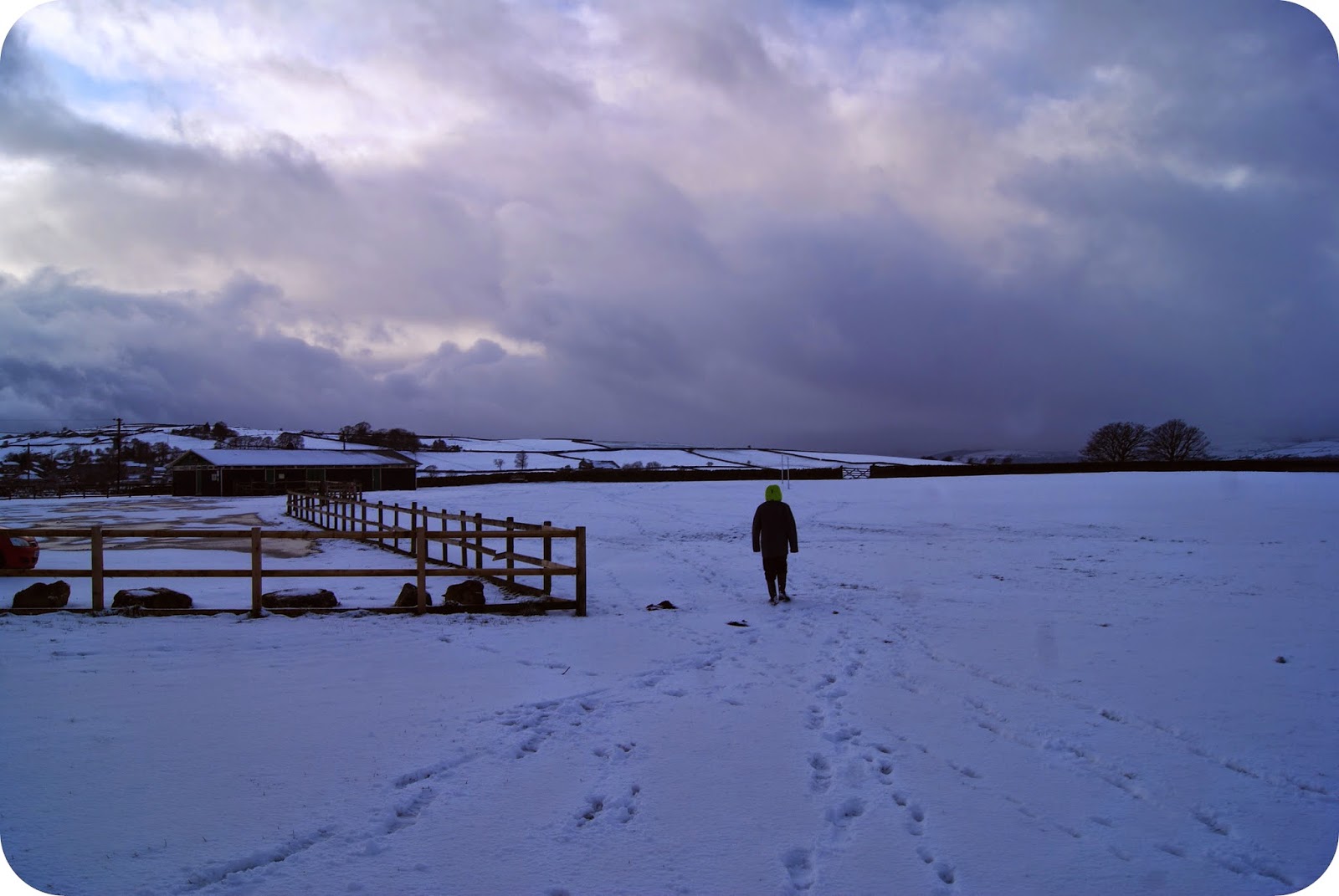 We turned towards home, facing into the impending storm, feeling the icy wind on our faces. 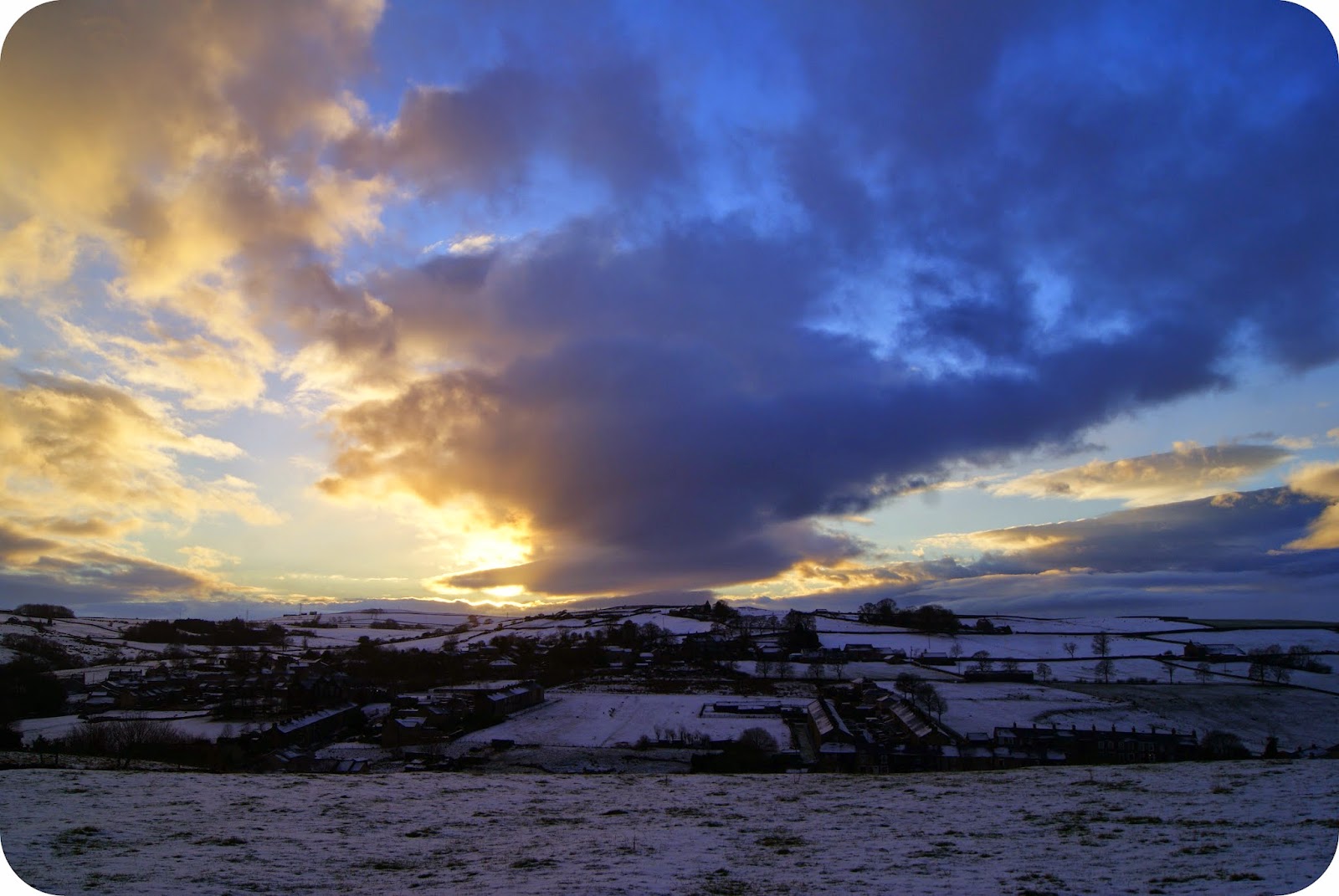 Thursday was mostly a snowy day, at home with my boys and we entirely enjoyed it.
at January 31, 2015