Welcome to this month's words and photos - hope you enjoy! 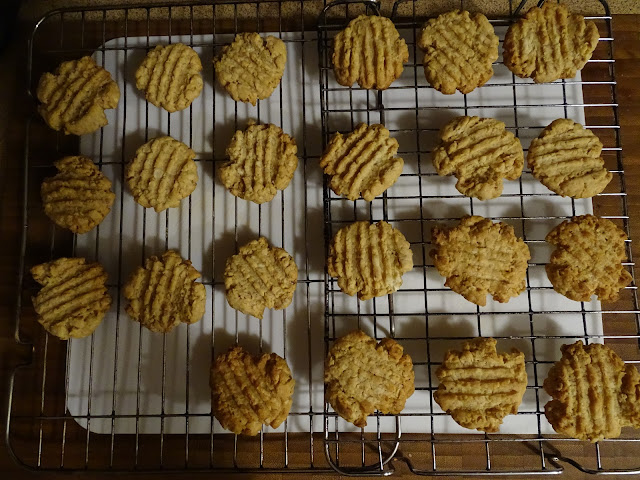 Peanut butter & oat biscuits - so quick to make and even quicker to eat! Recipe HERE 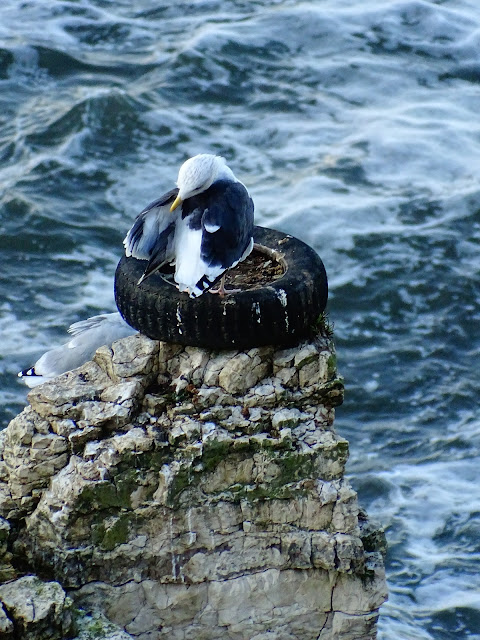 Wheel. Yes, that wheely is a rubber tyre being used as a nest. The bird is a black backed gull and if you think how large a car tyre is ... shows how big the bird is. However, that is not the whole story..... let me show you another image and see what you think now..... 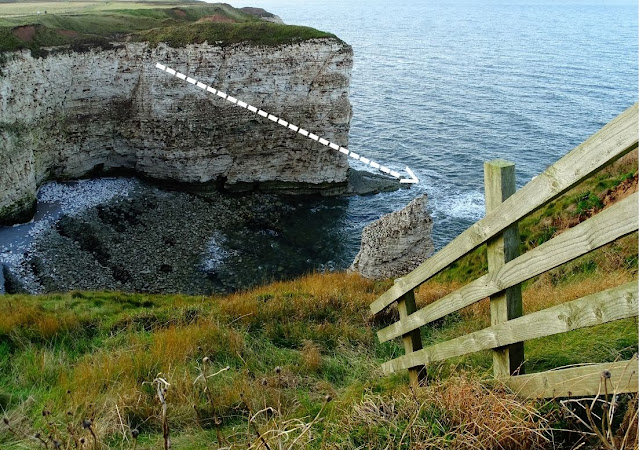 See that rather small black speck on Queen Rock - the sea stack? Well that is the wheel-nest..... The stack is 80 foot tall and on the very tippity top .... a tyre. Apparently it has been there for years. It could not have been a lucky throw because the distance is too great, so someone with climbing know how scaled that chalk stack and took a car tyre for good measure.......
(I have just done a little research and it has been there since the 1960s!!! There used to be a traffic cone there too but that has gone now). There was also a King Rock but that too has long gone, swallowed up by the sea. I have just found another photo - taken 12 years ago when it had a gargoyle cemented on top! HERE
The mind boggles. 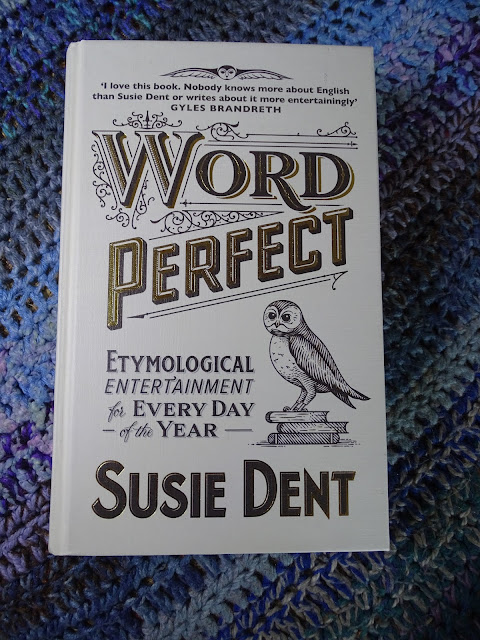 Word Perfect by Susie Dent - except it isn't - apparently it is full of errors. Eldest pre-ordered a copy before he moved and when, several weeks later, it landed here at home, the delivery company just lobbed it over the front garden wall and the parcel was absolutely sodden after a soggy night out. I eventually found the parcel, rescued the book which was fortunately still dry - unlike it's container which just collapsed into a papery mush. I let Eldest know (now living away in his new home) and he filed a complaint regarding the delivery service. Only to be told that he would be getting a new (and error free) book as soon as it was printed. So now I am reading and enjoying Eldest's book :) next on my reading list is .... Human kind - A hopeful History by Rutger Bregman 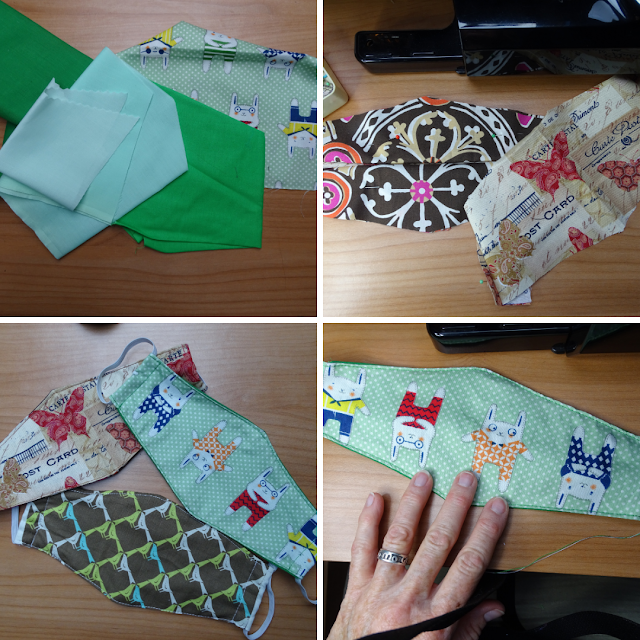 During lockdown, when life changed direction somewhat, I rediscovered my sewing machine and found my sewing kit - with a bit of a practice (cushion covers for both the house and the van) I found that I rather like sewing. Not clothing - no - that's not me (it might be sometime, but certainly not now) No - I am still more of a crafter and sewing is just another element to crafting. So I have played with Boro stitching, visible mending, fabric journals, toys and masks.... many masks. It feels good being able to gift a mask that you have made and you know they appreciate and wear - I have found the easiest and most successful pattern - the 3D mask - HERE. I have shared it before however, it definitely is worth a look (and do put up with the video explanation - it is worth it for the 30 seconds of instruction!) 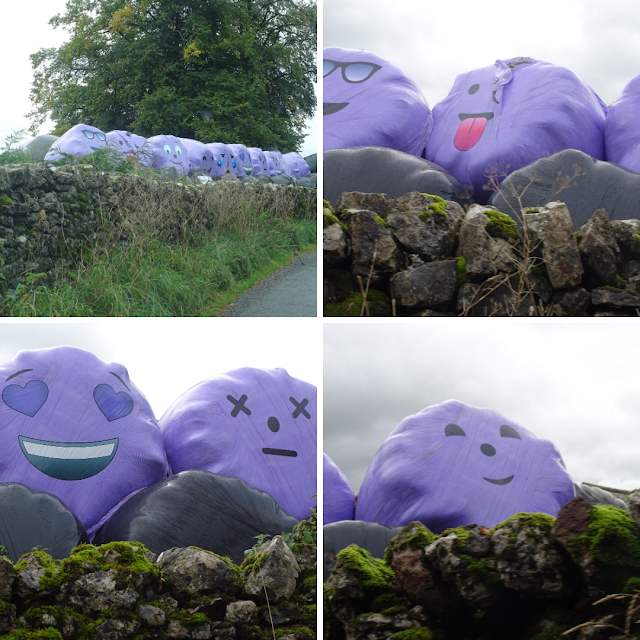 Last year in September, when we were out and about - these made us smile as we passed by.  Instead of the usual black bales of silage on this farm we saw these large purple 'faces' with their features made with huge stickers. They were a charity fund raiser - if I remember rightly it was for a children's charity. 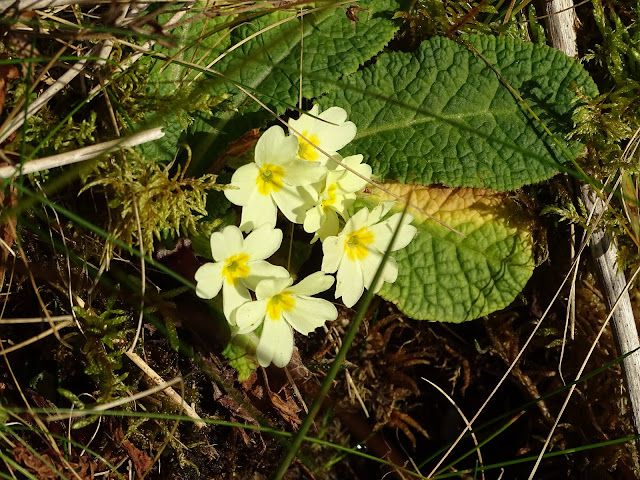 On Sunday we were walking, it was a brisk crisp day, a wonderful change from the previous very wet Saturday. Our route was as people free as we could make it and during the seven or so miles, we only spoke to two separate people and saw a dog walking family someway off in the distance. But what we did find .... was this little completely out of season little beauty. Tucked deeply into moss and grass and on a bank facing the sun, this spring flowering primrose was cheerfully flowering in autumn...... did it not get the memo? Or has it decided that 2020 was so rubbish that it would to start again :D What ever the reason - it made my heart sing and it was such a delight to find (Well spotted Himself!)

Well, that's my lot - I'm off to see what the other lovely photo hunters have come up with for October's photos and stories, hope you do too :D