You know when you've made plans (the more of a 'guide-line' style of planning rather than a hard and fast one) and then have to alter them, sometimes they turn out to be far far better. 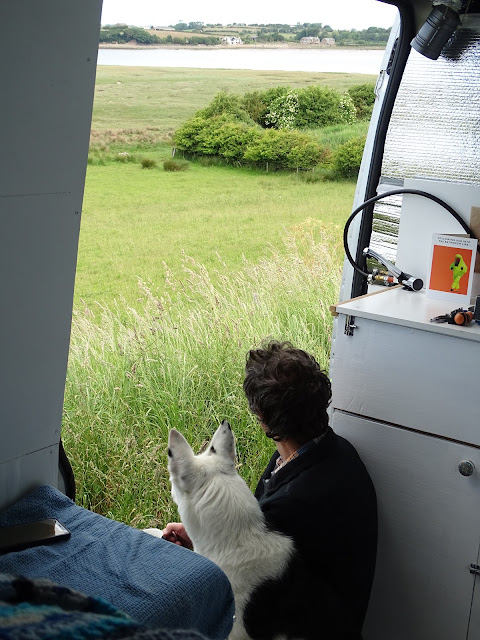 Well, that is sort of what happened this last weekend. Our original plan - well loosely based guide line of an idea - was to pootle out on Friday evening when I'd returned from work. Spend the night out in the van and wake up Saturday and walk until the afternoon and then pootle home. 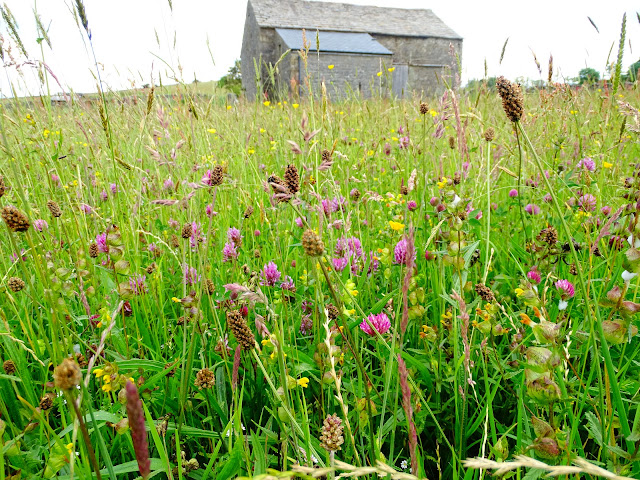 Then Youngest rang and asked if we could meet up on the Saturday evening- so we altered our plans a little and went out on the Saturday morning and walked one of our favourite routes - the Coronation Meadows near Slaidburn. We go annually if possible to see the 'unimproved' meadows with their wonderfully flowering fields. Each year is different - as it is very weather dependant, so a wet and dull year fills the fields with lush green growth and blousy flowers and dry hot year makes for shorter stockier stems and intense but short lived flowers. 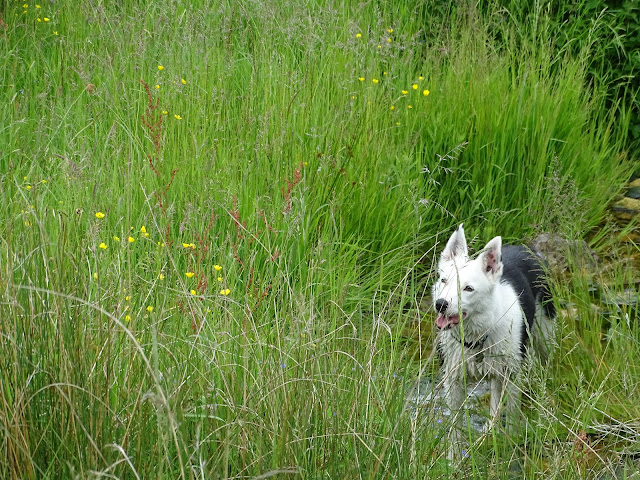 It felt as if we were the only ones out as we made our way through the meadows - it was glorious. All to soon we'd reached the far end and entered less floriferous fields however they are just as wonderful and are gently being allowed to become naturalised and insect rich habitats. 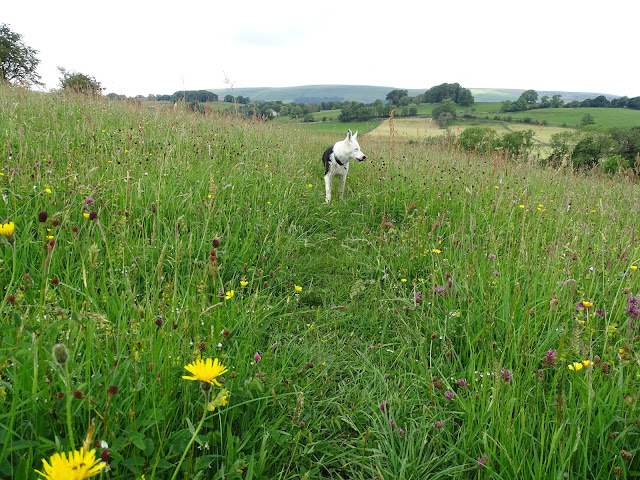 Our walk finished far too soon, so we returned to the van, refuelled ourselves and set off along the riverine path towards Newton by Bowland. Oh Moss was in doggy-paradise. The water was just what a hot and dusty dog needed. 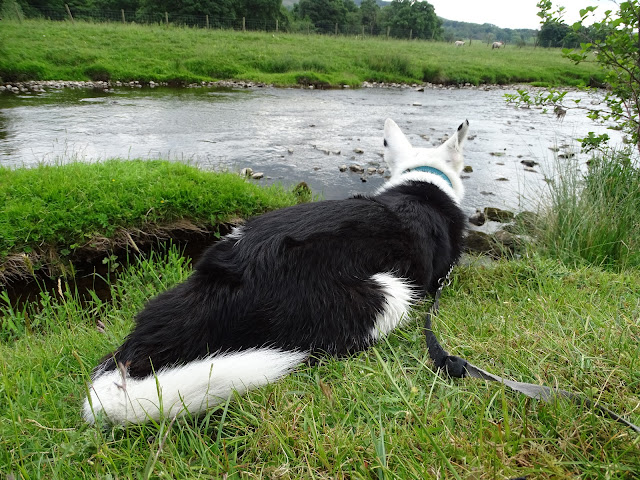 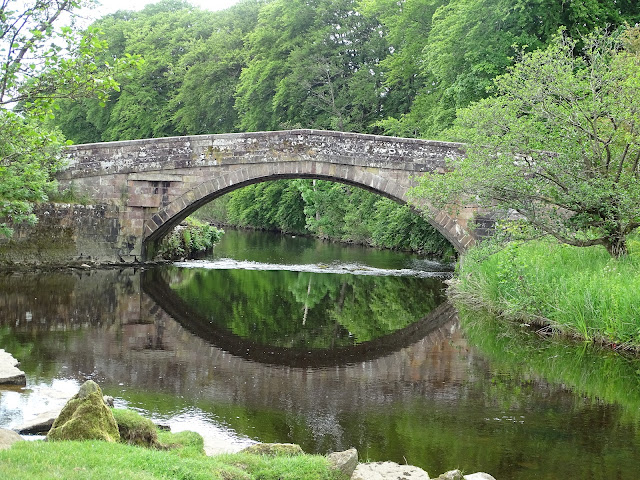 Then having returned to the van for a second time, we jumped in and trundled through the country side to meet up with Youngest.  We found a lovely quiet road with a large pull off space so we parked up. While we were just about to get out of the van a woman with a dog and small child on a pony came up and asked to borrow a cell phone - her dog was struggling in the heat.

Himself handed his cell over and I hopped out to offer some water for the dog. It was a large broad faced bulldog with an incredibly short nose and he was struggling to breathe. He lay on the floor as I poured water into a bowl for him and he soon drained it - however due to his squat face most of the water shot out of his mouth sideways so he lay in the puddle with his legs out backwards. The woman was unable to get hold of her husband however, during that time, the dog had cooled down and had a enough water to be able to stagger home.

We'd wondered if we should offer her a lift however we had to factor in that she had a small child on a pony to get home too - she did say that it was not too far and that she would continue back very slowly. It took nearly 10 - 15 minutes for this dog to recover enough to continue walking - the owner was very worried and then very grateful once her dog had come to a bit. Hope she/they all got home ok. 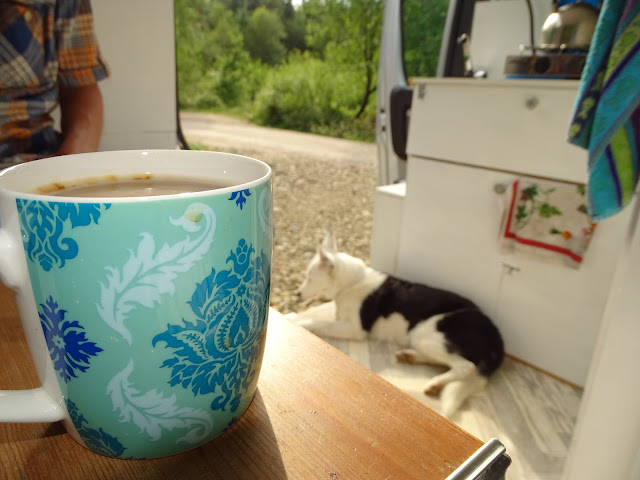 Youngest landed and we spent a lovely evening chatting and walking along old sea defences - we were 'accompanied' by a silently hunting barn owl, curlews, oystercatchers, swallows and swifts.  Youngest stayed until it was almost totally dark then left to collect his girlfriend from a party. 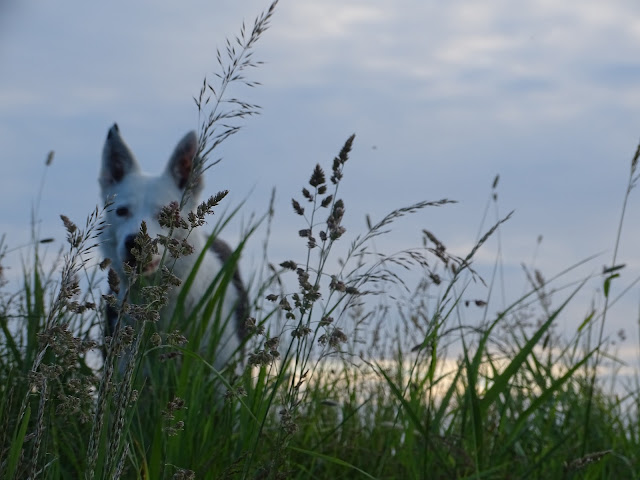 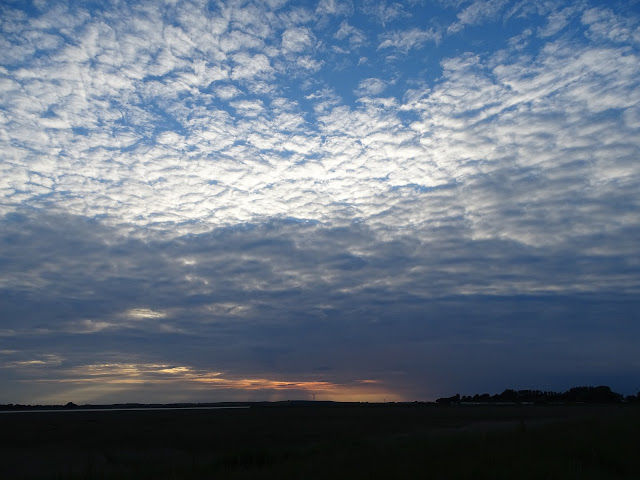 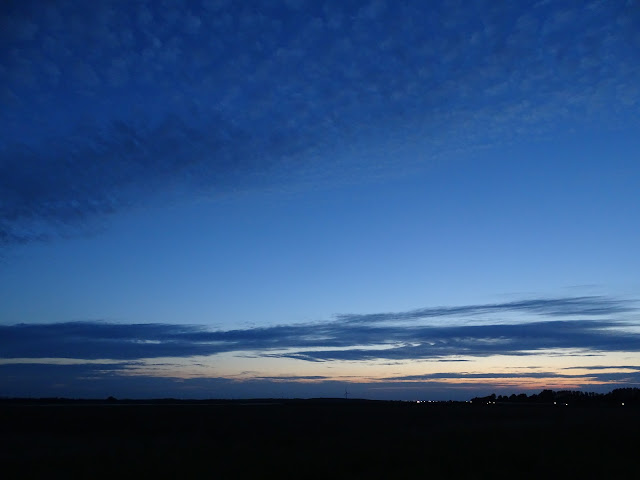 We then set off to our final destination - a favourite stop for a night. 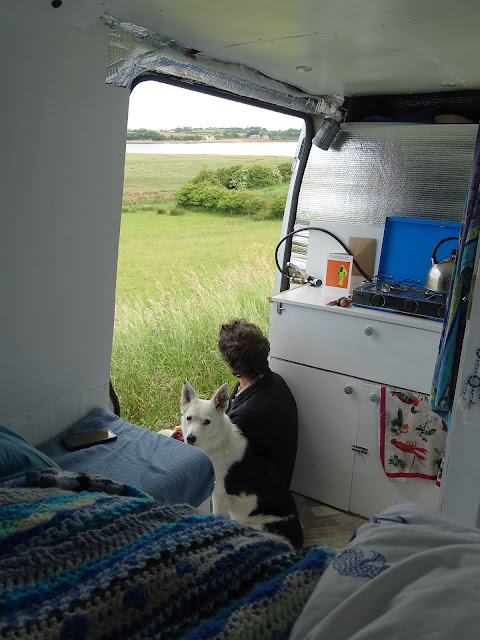 There is something wonderful waking up, clutching a mug of tea and watching the tide go out. Our plan was to walk a slightly extended 'dog loop' for a certain dog then pack up and head home in time to make scones and have afternoon tea in the garden with my folks. 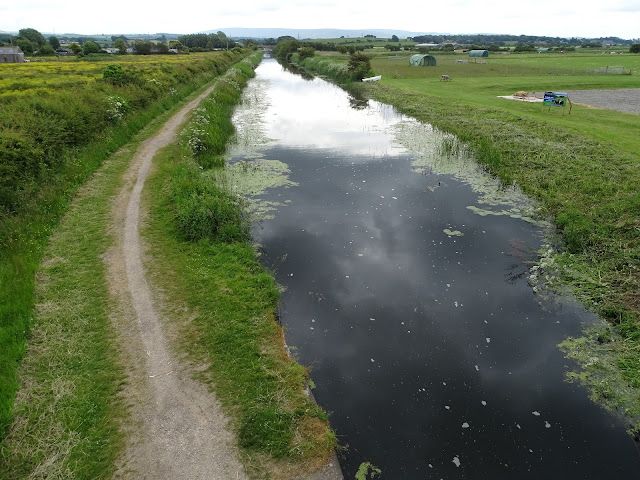 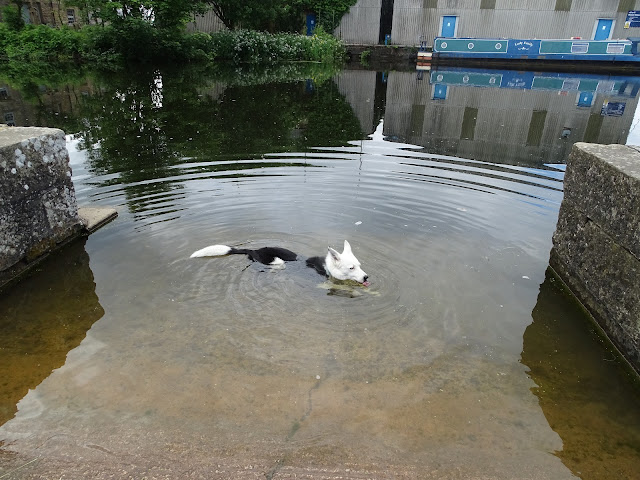 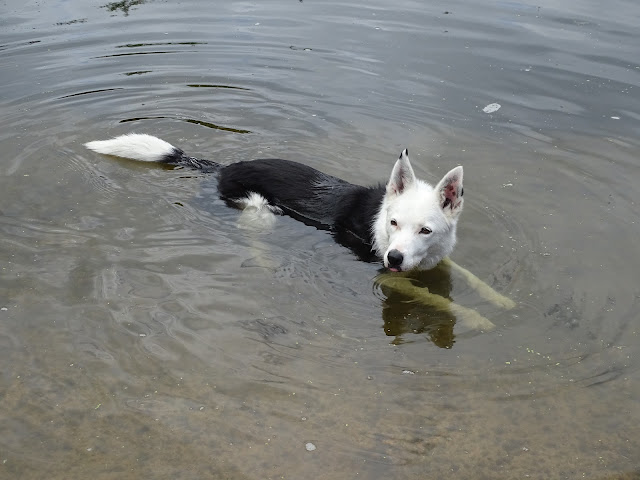 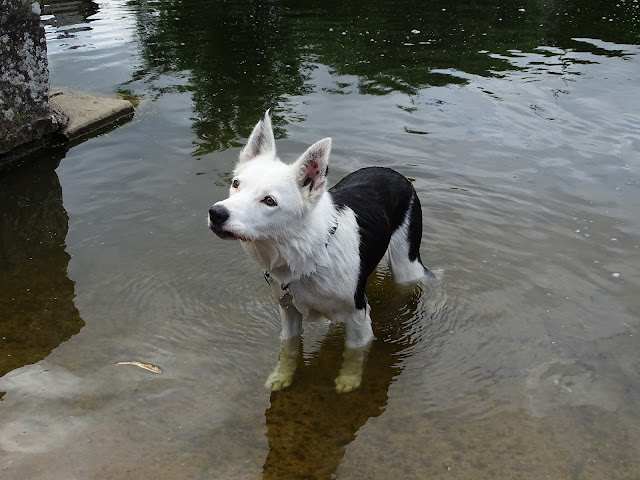 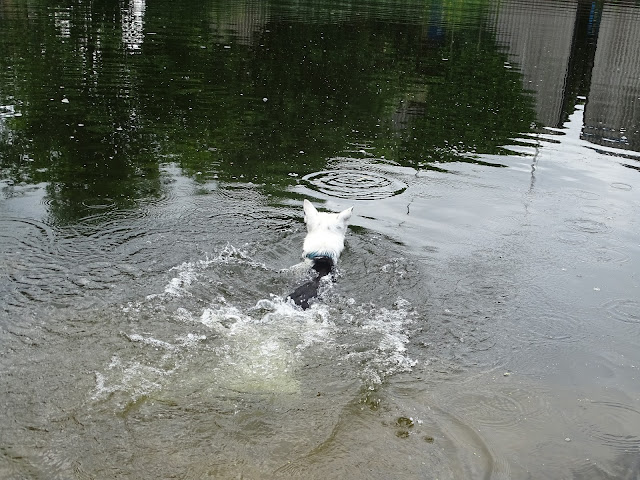 So, yes, our loosely planned weekend took a slightly deviated path and was delightful. Simple pleasures and gentle days followed by mugs of tea with scones, jam and cream in the garden - a good weekend indeed.

I know we have walked through the Coronation Meadows several times and I know I have blogged about them - however I can only find my first post about the walk - so if you have a couple of minutes spare follow this link ...2016 it is also one of Moss's early walks with us and we were still getting to know each other🐾💗

edited to add: I have just found another Coronation Meadow story  2017