Drink tea, bake cake and walk - sounds good to me. 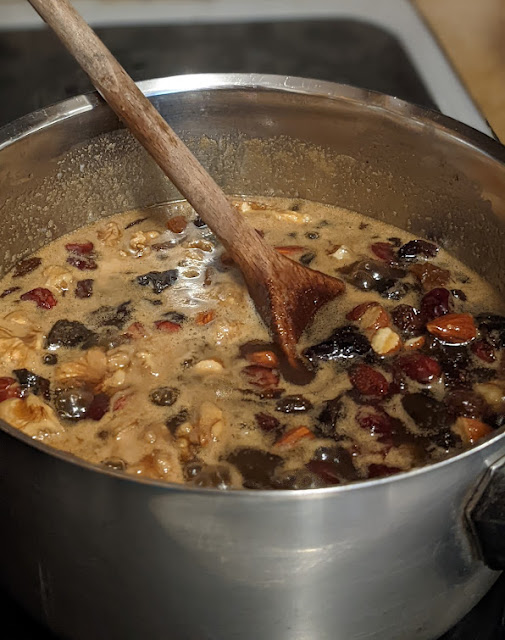 I thought, while I wait for the dried fruit, nuts and spices to gently simmer on the stove I would pop in and say hi. I can just about detect the first of the warm boiled fruit cake fragrance drift into the lounge. I'll check it in a while and probably make myself a mug of tea.

Any hoo, I'd been waiting for something interesting to land in my lap giving me something to waffle on about but life has bumbled along gently and quietly and I realised that if I waited for that amazing story - I might never write about anything!  Life is more about the normal daily things than the unrealistic 'insta' moments which foster false reality.

I'd worked the Saturday and to be honest I was really tired after a fairly hard going week however I'd set my heart on a walk and Himself was more than happy to oblige (as was Moss). So we took to the hills and parked up behind Kettlewell, Upper Wharfedale in the Yorkshire Dales.  Our route is one we have walked since before we were married and has many happy memories for us. Kettlewell is about 300 years old and is thought to be a derivative of the Anglo Saxon word - Chetele Welle meaning stream or river. 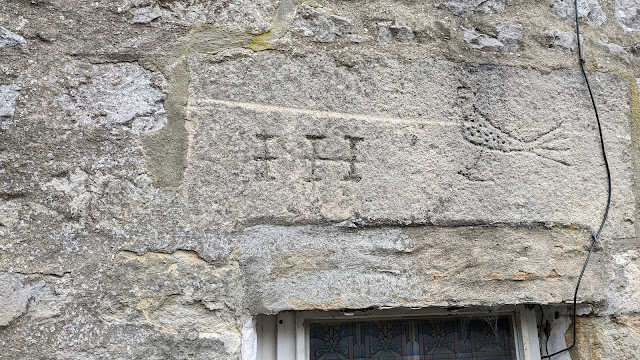 The path started in the village and crossed the river Wharfe and turned up towards Starbotton - a village that for years I thought was called 'Star Bottom' which is rather sweet but it is actually more likely to have evolved from 'The place where the stakes come from' - Stauerboten - in Old English. 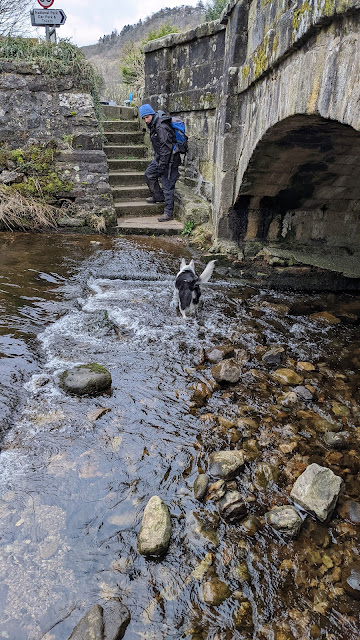 The path gently follows the length of the river much to Moss' delight and despite the chilly temperatures she threw herself in to the water and grinned from tip of nose to end of tail. The valley is full of ancient fields with plenty of stiles and stone barns full of sweet smelling hay or old rusty tractors. I always try and peep in if I can - wondering at the stories these old walls could tell.

We stopped for lunch on a steeply wooded bank - the breeze was rather sharp and could cut right through our clothing so hunkering down in some mature trees was a relief. We ate cheese salad sarnies and sipped piping hot tea, swiftly followed by chunks of fruit cake - hence me baking more - we have run out and in this house that is a 'national disaster'!

There was a steady stream of walkers, mostly families or groups with dogs and on the whole everyone passed by with good humour. Occasionally we'd mutually have to call our dogs in and lead them up to prevent any silly dog behaviour.

At the furthest part of our path we'd reached Starbotton - a picturesque hamlet which can get very busy in the tourist season - I feel for the locals, probably they need and dislike the hordes of holiday makers in equal measure. We crossed through the village and headed back towards Kettlewell on the opposite of the valley. 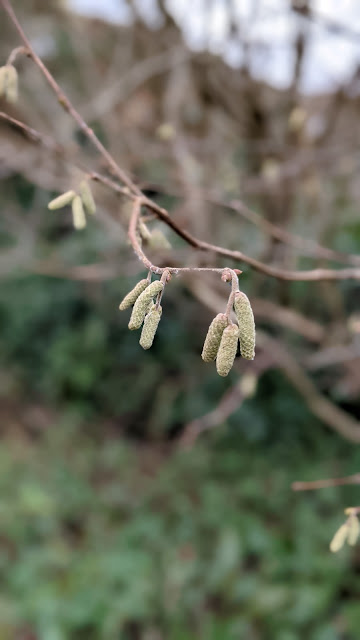 This time the path rose high up on the flanks of the hills giving us glorious views both up and back down the valley.  The breeze was once again rather cutting and we took the first opportunity we could to shelter from it by sitting alongside a small wild little wood full of twisted hawthorn, rowan, holly, hazel and ash. The last of the tea swallowed and the final two squares of ginger cake scoffed, we set off again through the woods and back down towards the village. 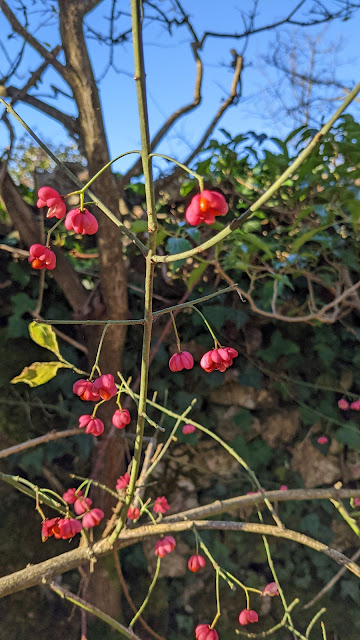 In all it was just under six miles and enough for me - the fresh air and walking certainly did my head good but I was ready for a freshly brewed mug of tea back at the van before setting off home. However, before I could drink it - I decided to create my own 'insta' moment! 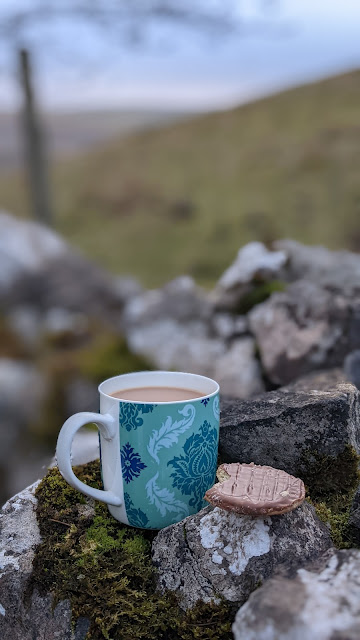