Our festive break seemed to slip by without hesitation then suddenly we landed on the last day. It was only fitting that we took ourselves for a walk - the first and last one of our holiday. 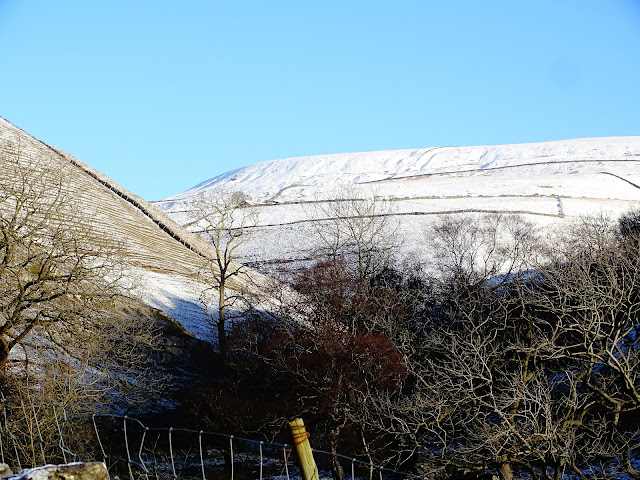 Weather and commitments meant that we had lots of lovely 'dog-loops' around the village starting and ending from home but we'd not managed to get our boots on and sling a rucksack on our backs and head off into the hills. 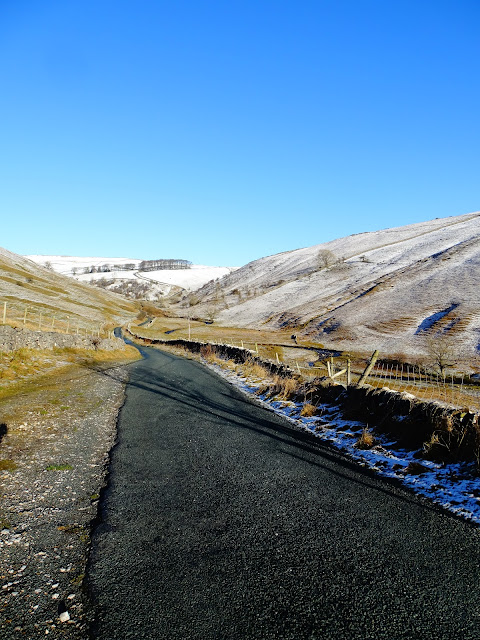 Tuesday was the day and we headed into the Dales. And found snow! 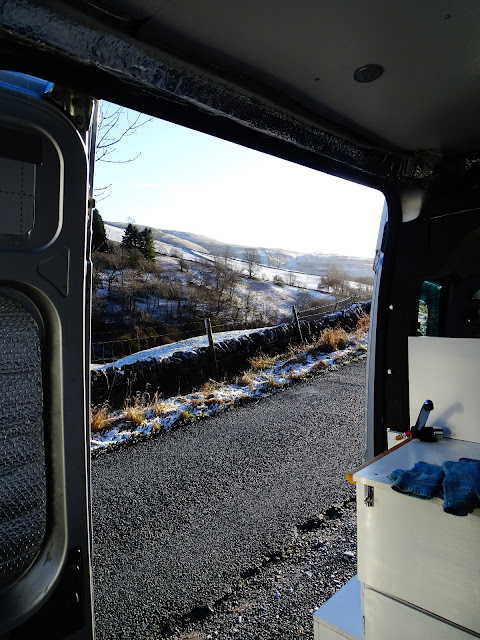 The air was bitingly cold and the light breeze just sliced through so we very quickly added more layers and kept moving to keep warm. 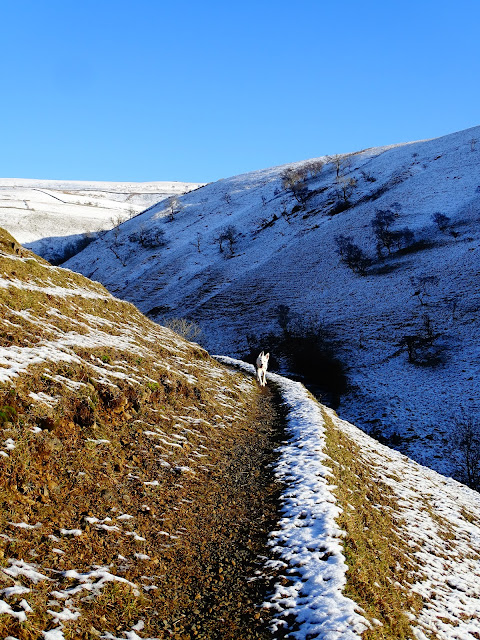 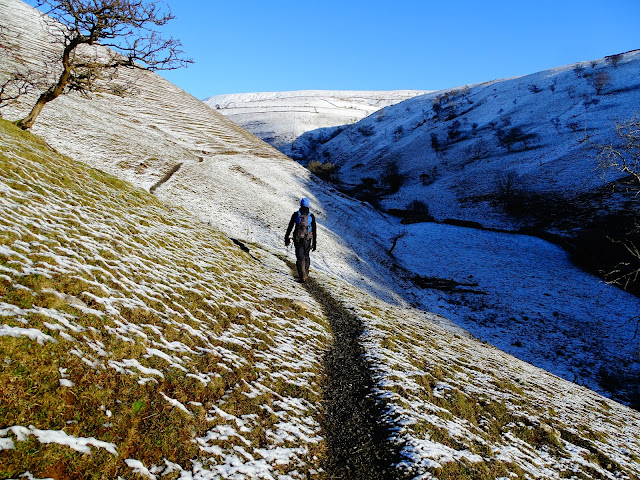 We found a small naturally formed ledge which basked in full sun and protected us from the breeze so we stopped and had lunch as we watched our breath swirl around. Tea, sandwiches and biscuits were consumed while Moss either 'sunbathed' or sniffled around the snow. 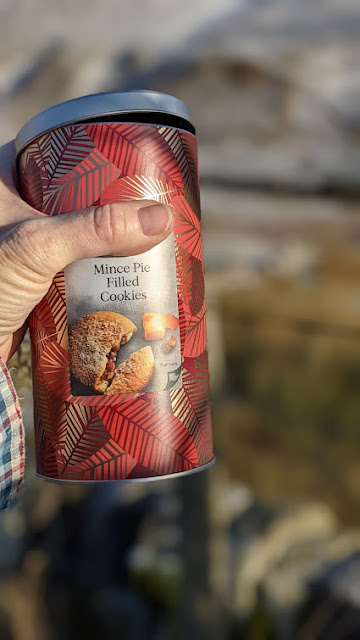 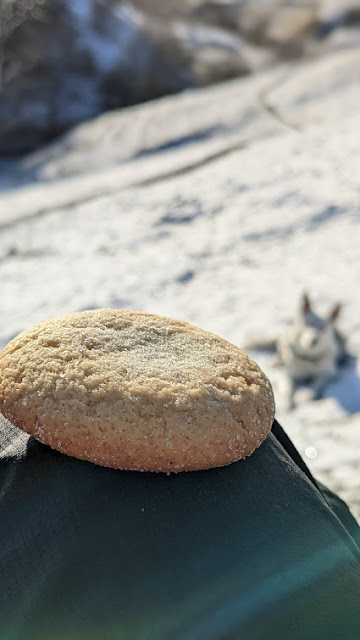 Our trail followed the narrowing valley where we crossed the stream on an icy covered footbridge, the path suddenly rose sharply upward. As we climbed, the snow became thicker and the path icier and slippery in places. 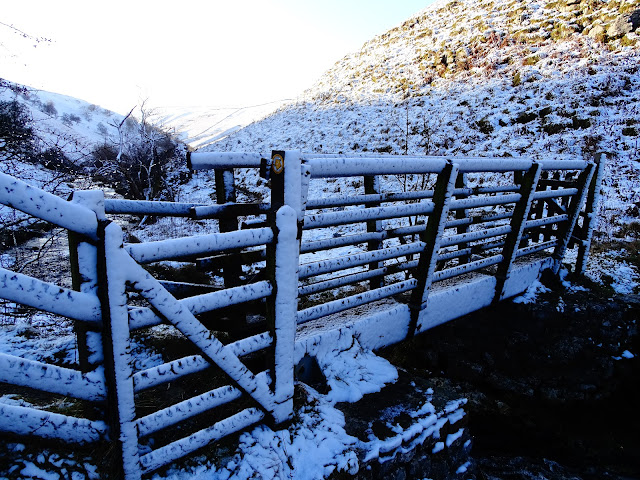 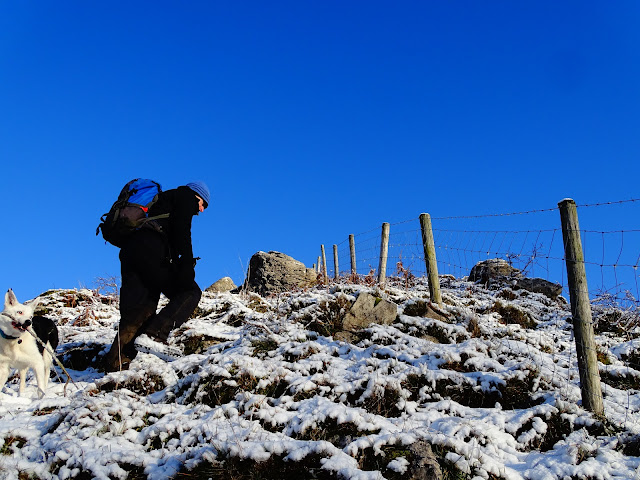 After the steep pull we landed on an 'alp' arriving at a derelict farm house and barns. It is one we have visited before and affectionally call the 'Barn Owl Farm Barns' as the last time we were there, there was a family of Barn Owls nesting in one of the barns. 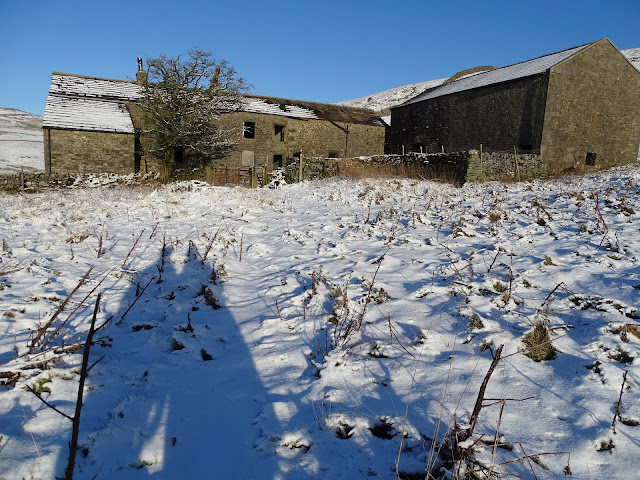 There is still tangible evidence that it was not so long ago that the farm was a family home, filled with people living and working in a beautiful but isolated area. 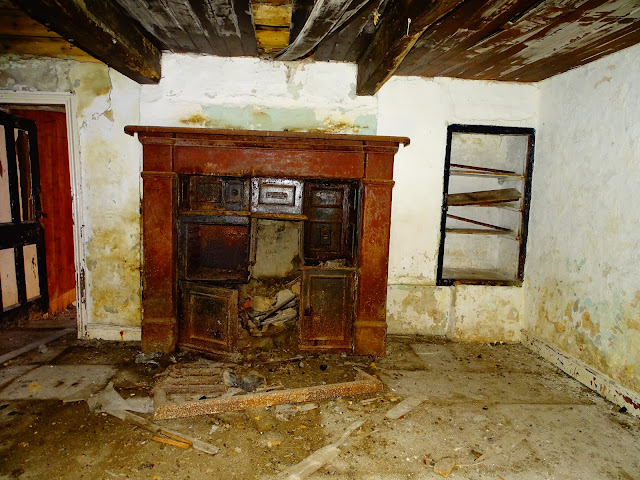 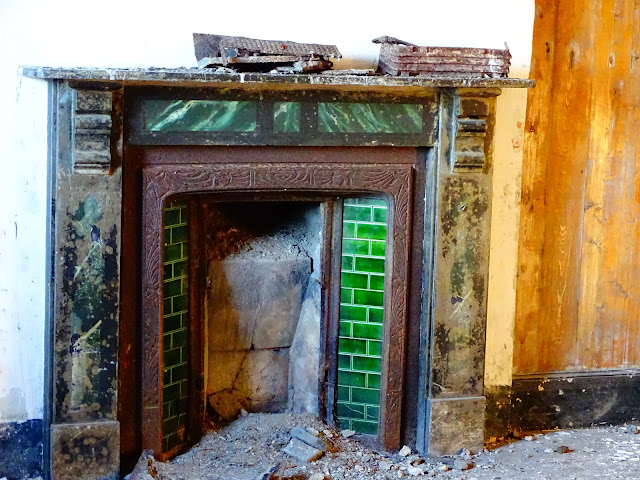 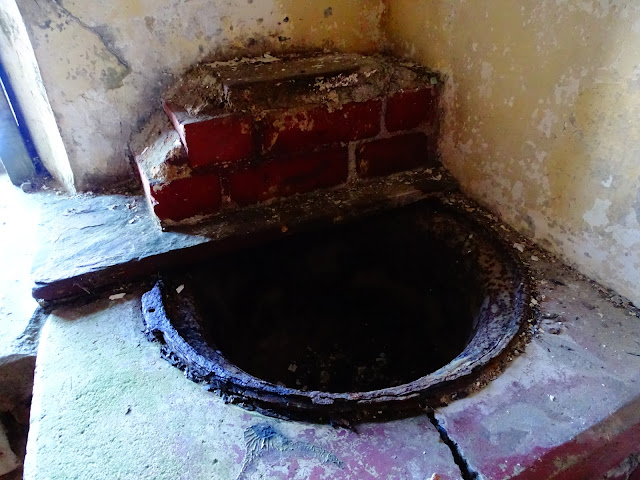 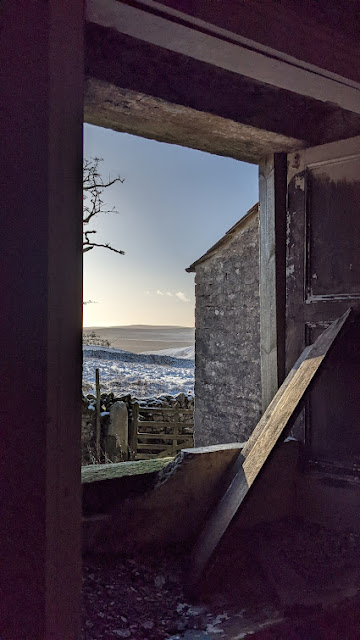 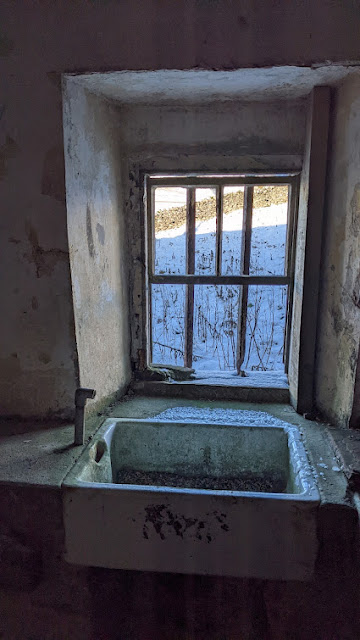 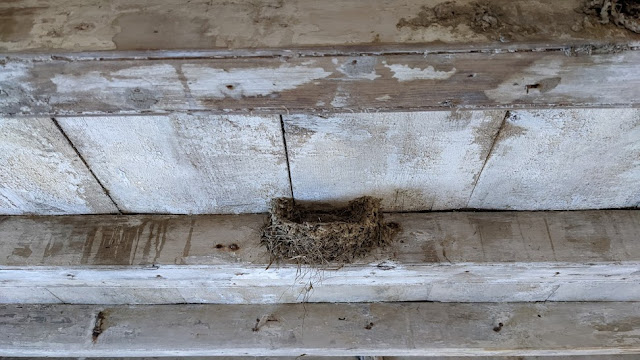 I wandered around carefully, the floor boards although all there - had a certain soft feel to them and I was not taking any chances. I took several photos before returning outside to find Himself and Moss playing in the snow. We continued along the farm track and I took a photograph of the farm at the end of their lane - on a beautiful summer's day, I could imagine how wonderful it would be to live there however it would not take much to get cut off and feel very isolated. 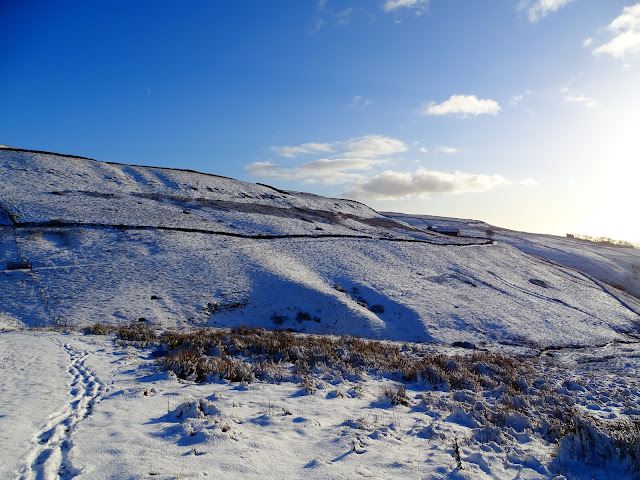 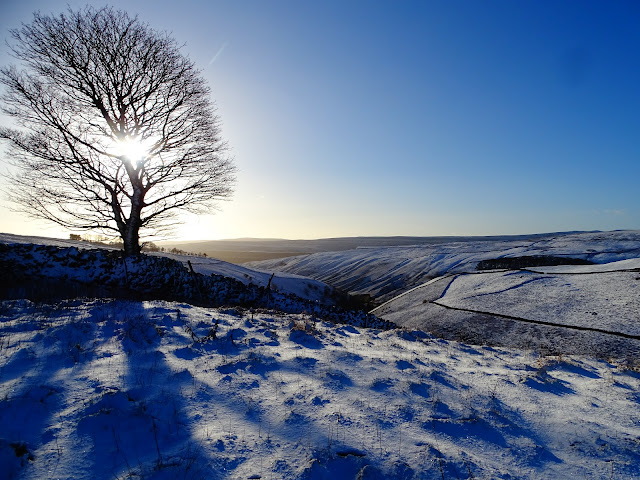 Our walk took us up and back over to the other side of the valley and we walked along the ridge back down towards the van. 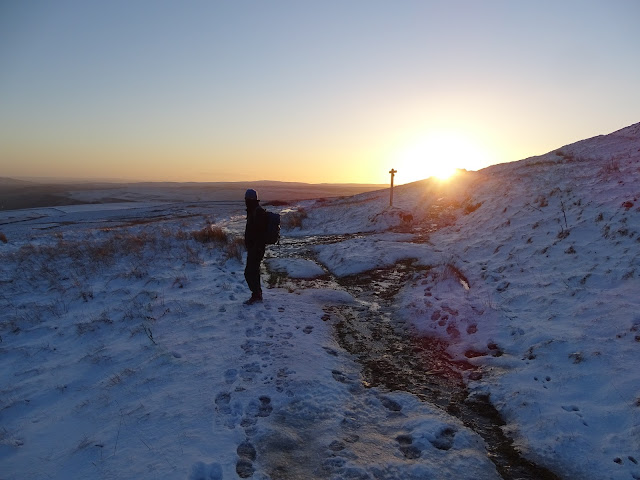 The late afternoon sun, as it slipped down, turned the snow from a brilliant twinkling white to shades of brittle cold gold and blue. It was beautiful but really cold and we knew we had to keep moving and get back down into the valley before it was too dark. 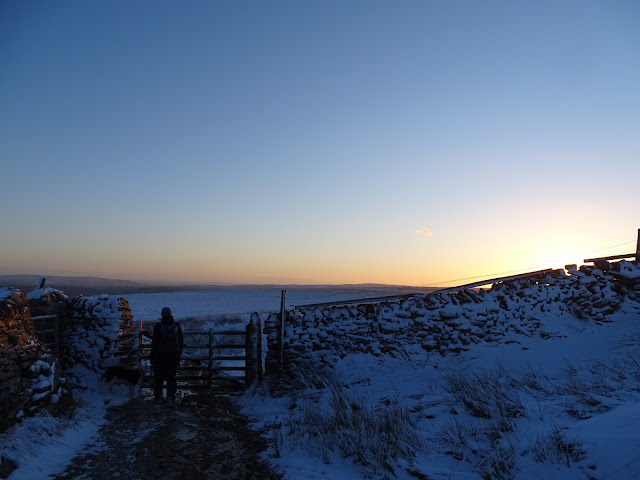 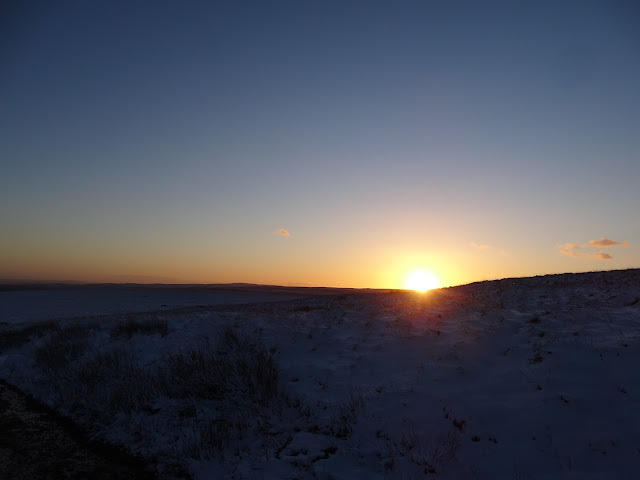 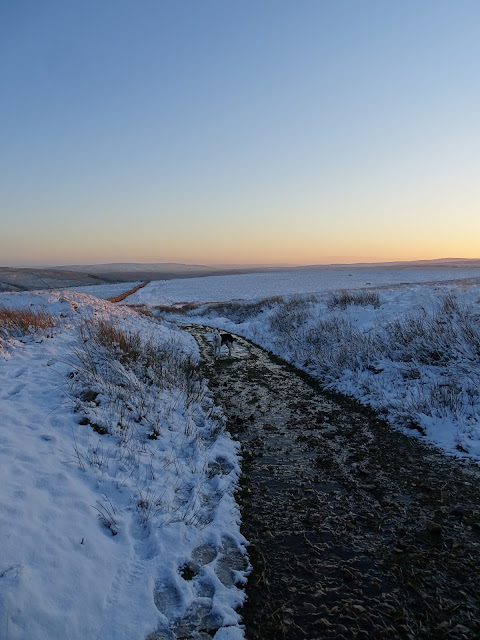 Back at the van and seven and half miles later, rosy cheeked and 'frozy toed' we felt gently happy. Being out on a crisp wintery day with glorious blue skies and soft golden sunshine had done us a world of good.
at January 05, 2022