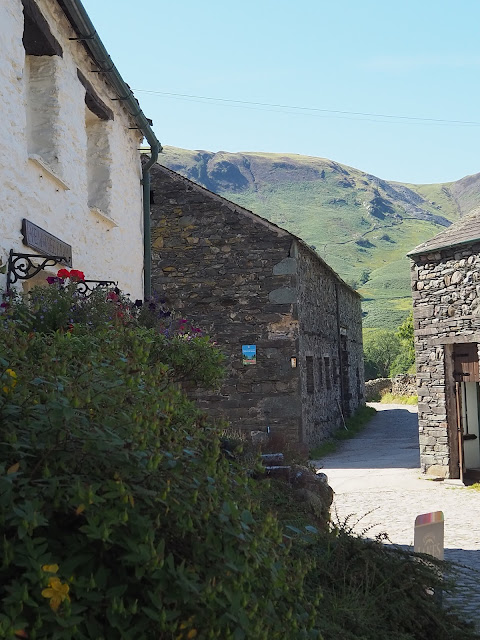 It was now Wednesday and Himself decided that we would walk the opposite way up the valley away from Derwent Water and follow Derwent River towards the village of Rosthwaite - which means ‘ the clearing in the rose thorns’. 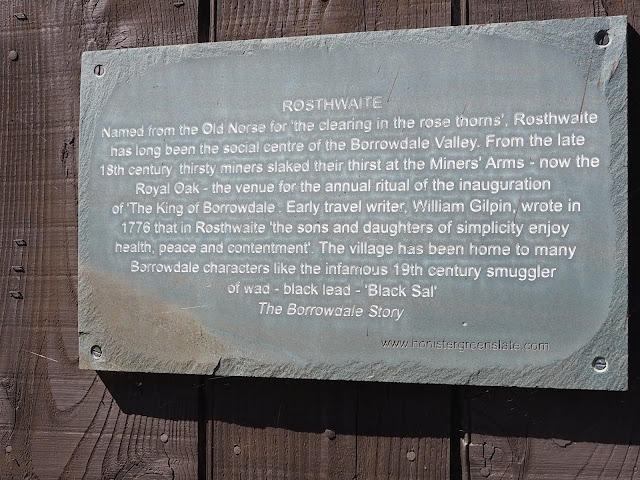 The river runs alongside the farm campsite so is very popular with the campers and with the day turning out to be rather warm again, there were lots of people swimming or sitting alongside the water’s edge. The river itself was crystal clear and so so inviting - Moss heard that invitation and threw herself in immediately! 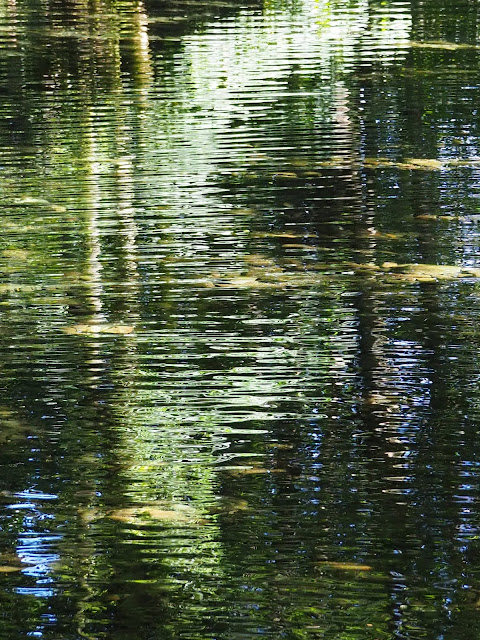 She was most put out when we had to call her away when the pathway lead us up the flank of the hill above the river. 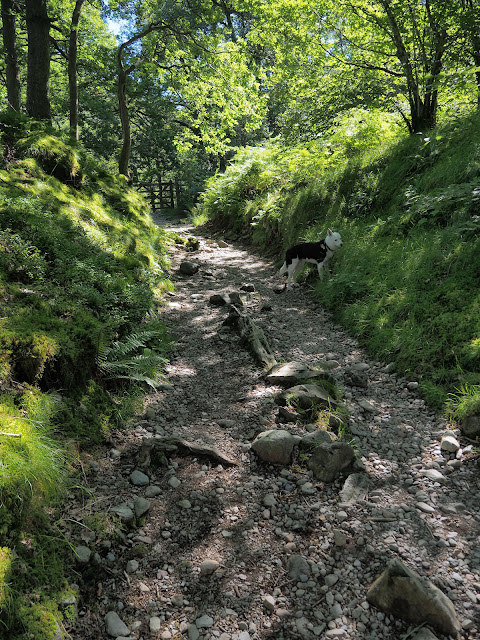 It was a really interesting path with evidence of old slate and copper mining and a natural HUGE archway. We were staggered at how cool the air was emanating from the arch - which at first was most welcome but very quickly it was too cold to linger and we returned to the muggy humid air. 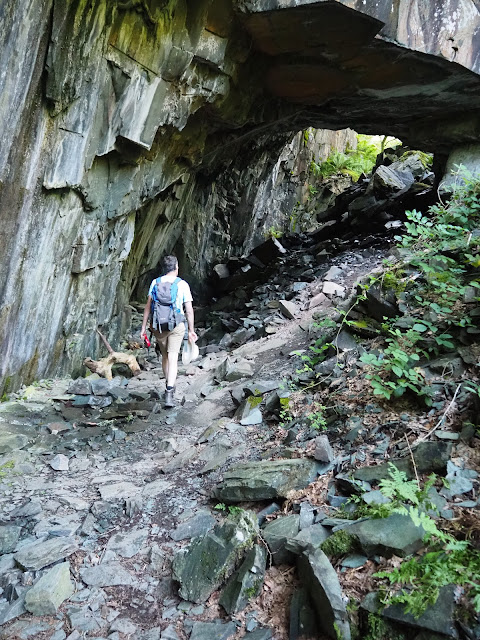 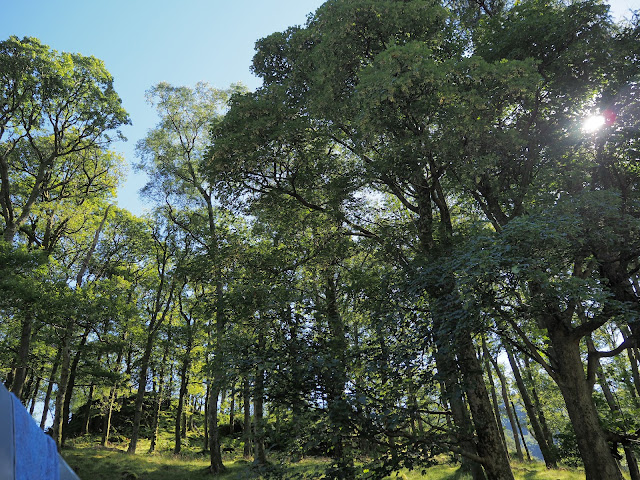 As we reached the end of the wooded section of our route, we could hear and see a farmer rounding up some of his sheep high up above us. It seemed a rather hot and sweaty job to be doing right in the middle of the day - when we realised we were hungry so returned back down to the river where we found welcome shade beneath a huge tree right on the river’s edge. This time it was not just Moss wild swimming in the water as we were alongside a ‘twistle’ - where two rivers meet and had created a deep clear pool. This time Moss was joined by Youngest. 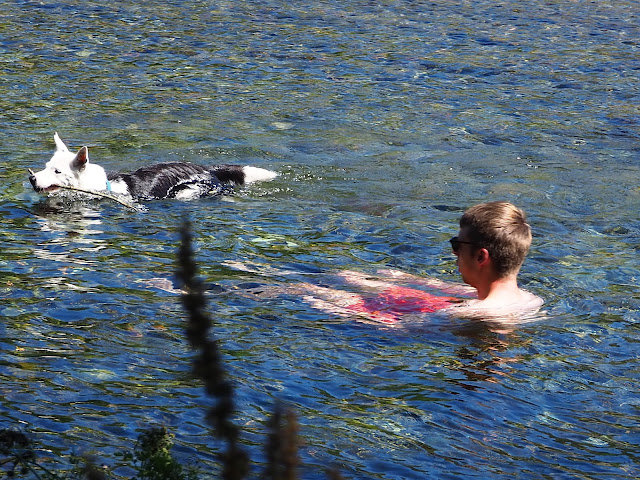 It was some time before we could tear ourselves away and continue to Rosthwaite. As we walked along, the hot and sweaty farmer who’d with his two equally hot looking dogs, had now rounded up a sizeable herd of sheep, was now alongside us - so we stopped to watch as the Herdwick sheep splashed through a boggy stream followed by the dogs. There was lots of bleating and baa-ing as the ewes and their lambs made their way up the farm track and into the fields - it just added to the delight of our walk. 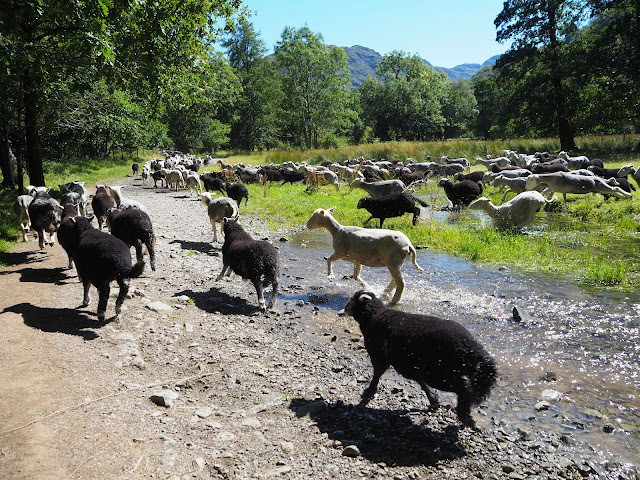 When we reached Rosthwaite we discovered a village shop selling locally made ice cream and it seemed churlish not to stop and imbibe such cool and tasty treats - we sat in the village green surrounded by sparrows chirruping and foraging around us. 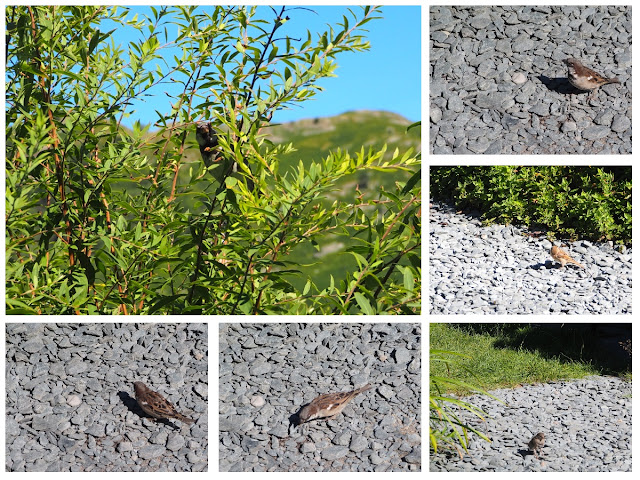 I nipped to the loo and was rather amused by the sign - and yes the door was very low and no I I didn't bang my head there! 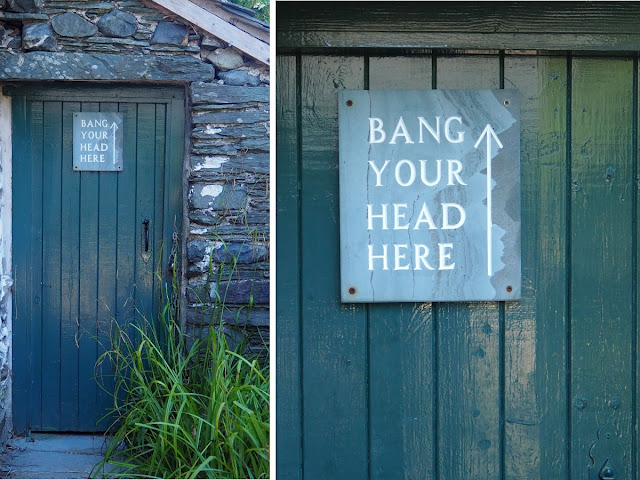 Along the way Youngest’s lovely girl’s walking shoe had suddenly expired so Himself took us back via a shortened route back to the campsite once we'd sorted out a shoe swap (I'd a spare set of converse in my haversack). We all agreed that the shoe looked to be laughing out loud! 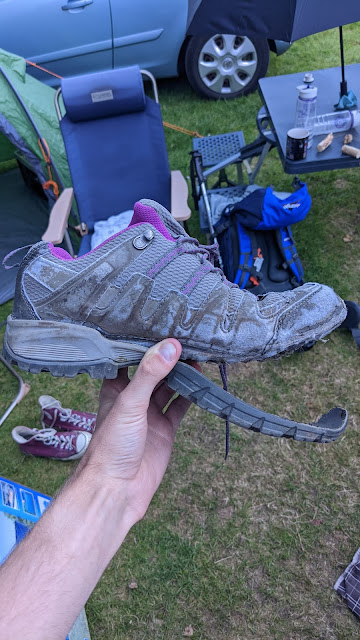 The air as the evening progressed was delightfully cool but a bit too fresh for a rather tired and still slightly damp dog, so her mattress was brought out and her duvet wrapped around her. She slept soundly as we chatted and ate and watched the night sky - yes, it was another excellent day. 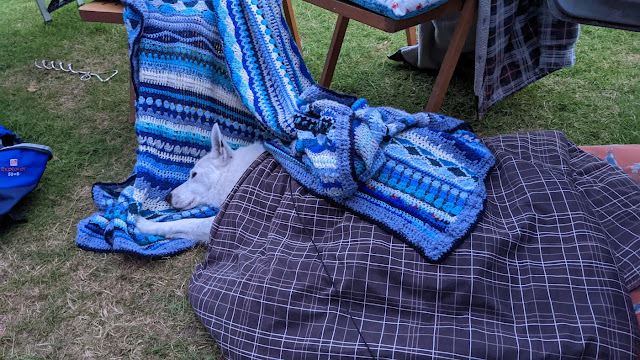 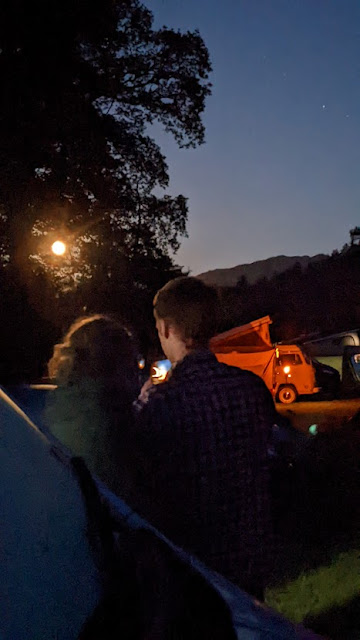