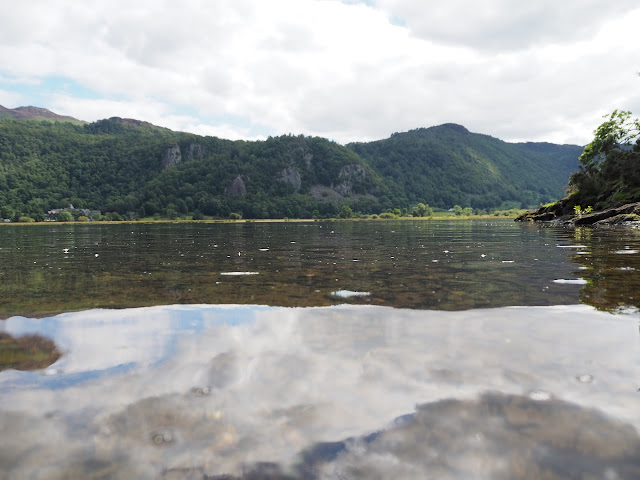 Our plan for Tuesday was to wander down through the fields towards Derwent Water, follow the lake side path until Hawse End, then return back on a higher flanks of the surrounding hills back to the campsite. 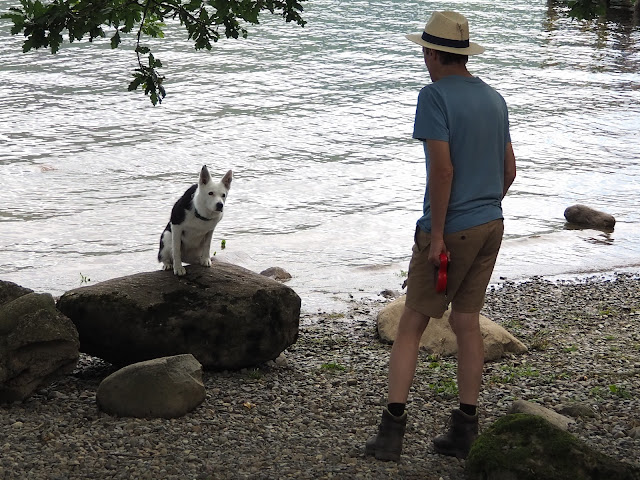 So after breakfast - a picnic lunch, flasks and bottles of icy-cool water were sorted and we set off - once again Moss was at the front trying to set the pace and once again she was called to heel - her legs go so very much faster than mine! 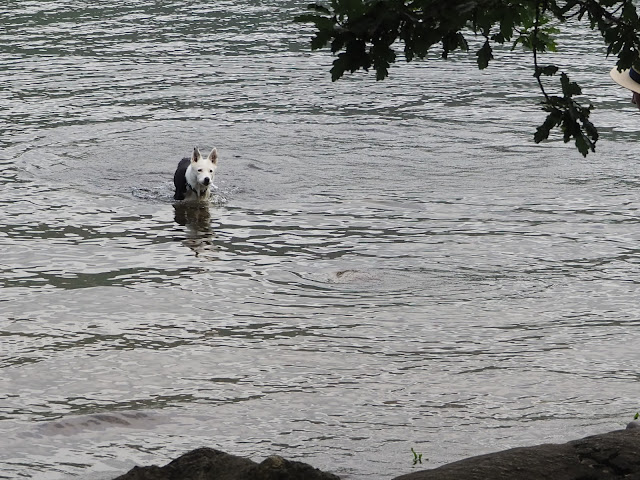 After a few fields we came to the water’s edge and followed the path until we found a spot for lunch. Youngest had checked out on his cellphone and found a perfect little ‘beach’ where we could stop and eat and play in the water. It was lovely - absolutely bliss. 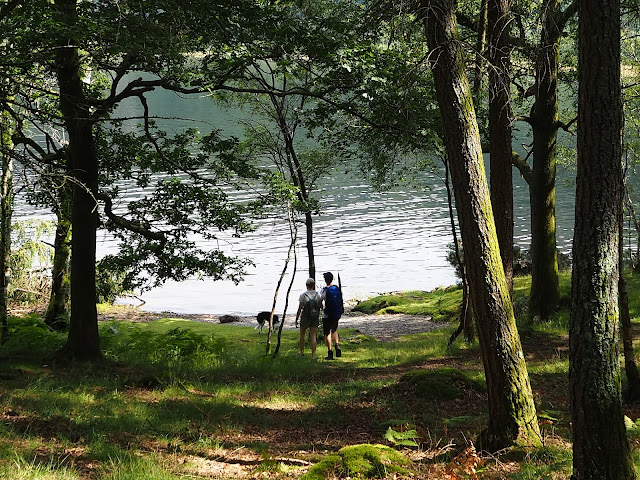 The day had really warmed up by then so it was a pleasure to take off walking boots and walk out into the cool water. Moss of course was delighted and spent most of our break either swimming out into the water or standing staring at us - willing us to hurl a stick out for her to swim after. 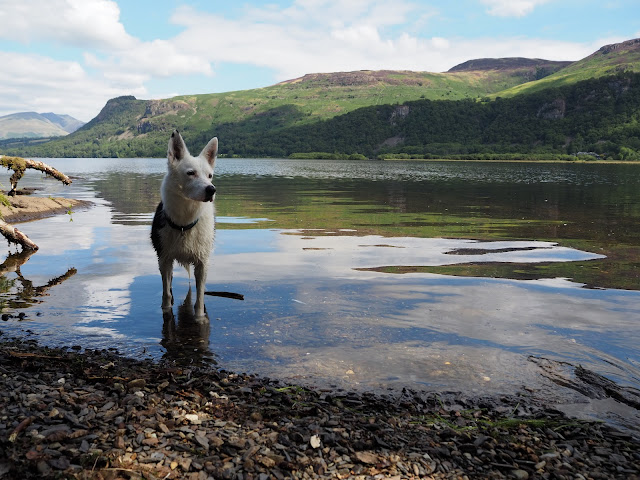 Alongside ‘our’ little beach was a knot, so Moss and I went up it after I’d eaten to see if the view from there would be good and not only was it superb - there was a bench just in the right place! So we decamped and moved up the knot for a short while before setting off. 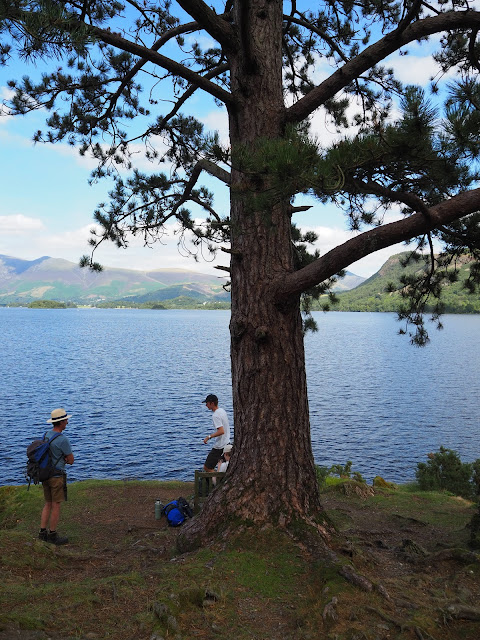 It was incredibly warm and humid so our return route was altered so that we did not walk along the hill flanks exposed to direct sunlight but on a lower route which took us through woodland - such a relief! 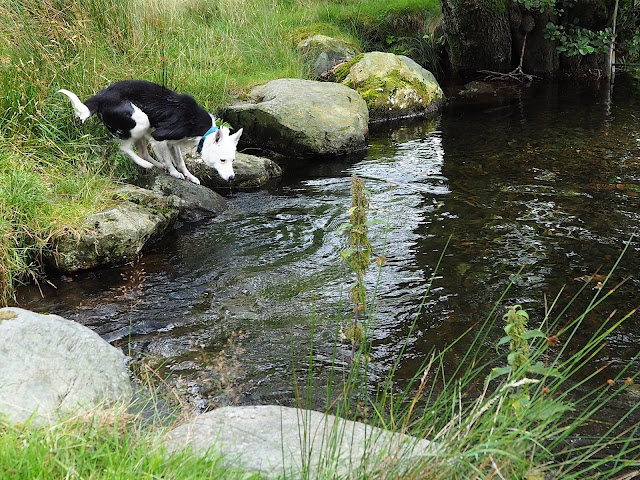 Back at the van, after we’d eaten and showered (both very necessary!) we once again sat in the wonderfully cool evening air, watched for the moon and chatted, again surrounded by murmuring voices, candles, fires and fairy lights. It had been a lovely - if a little warm - day. 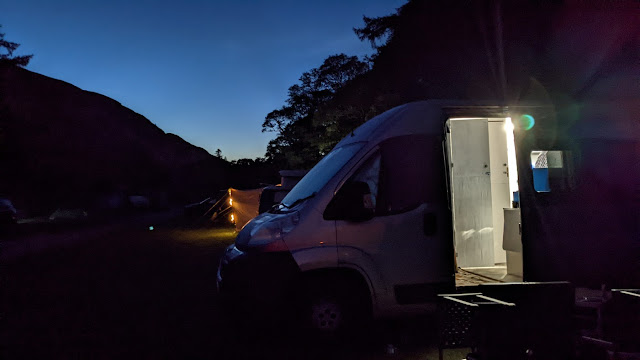