What happened this weekend? 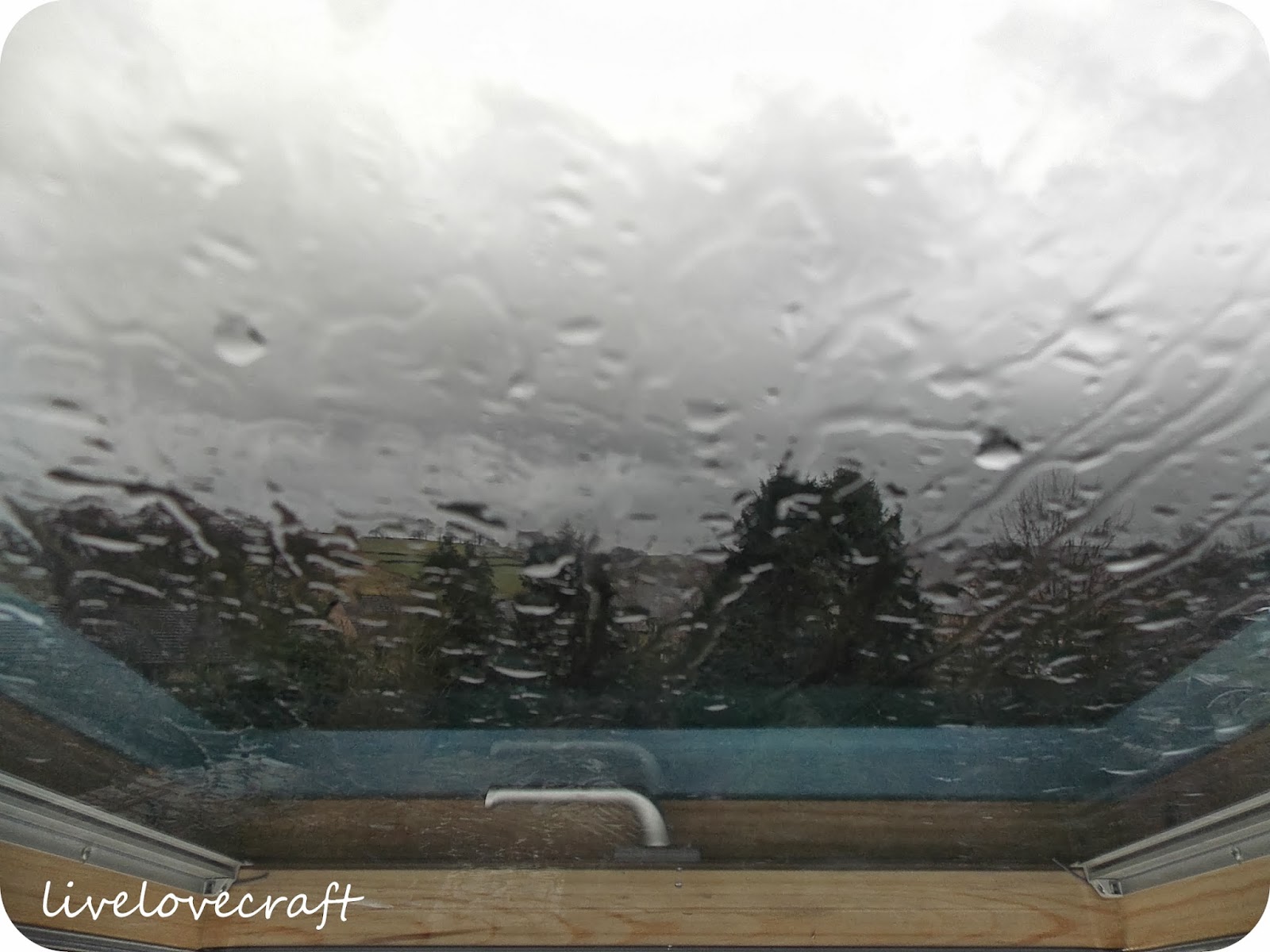 Fortunately the arrival of a carpet kept Himself and I fully 'exercised' as we lifted, shifted, rolled and unrolled and cut to fit a HUGE 25 metre sq cream coloured adiposity. 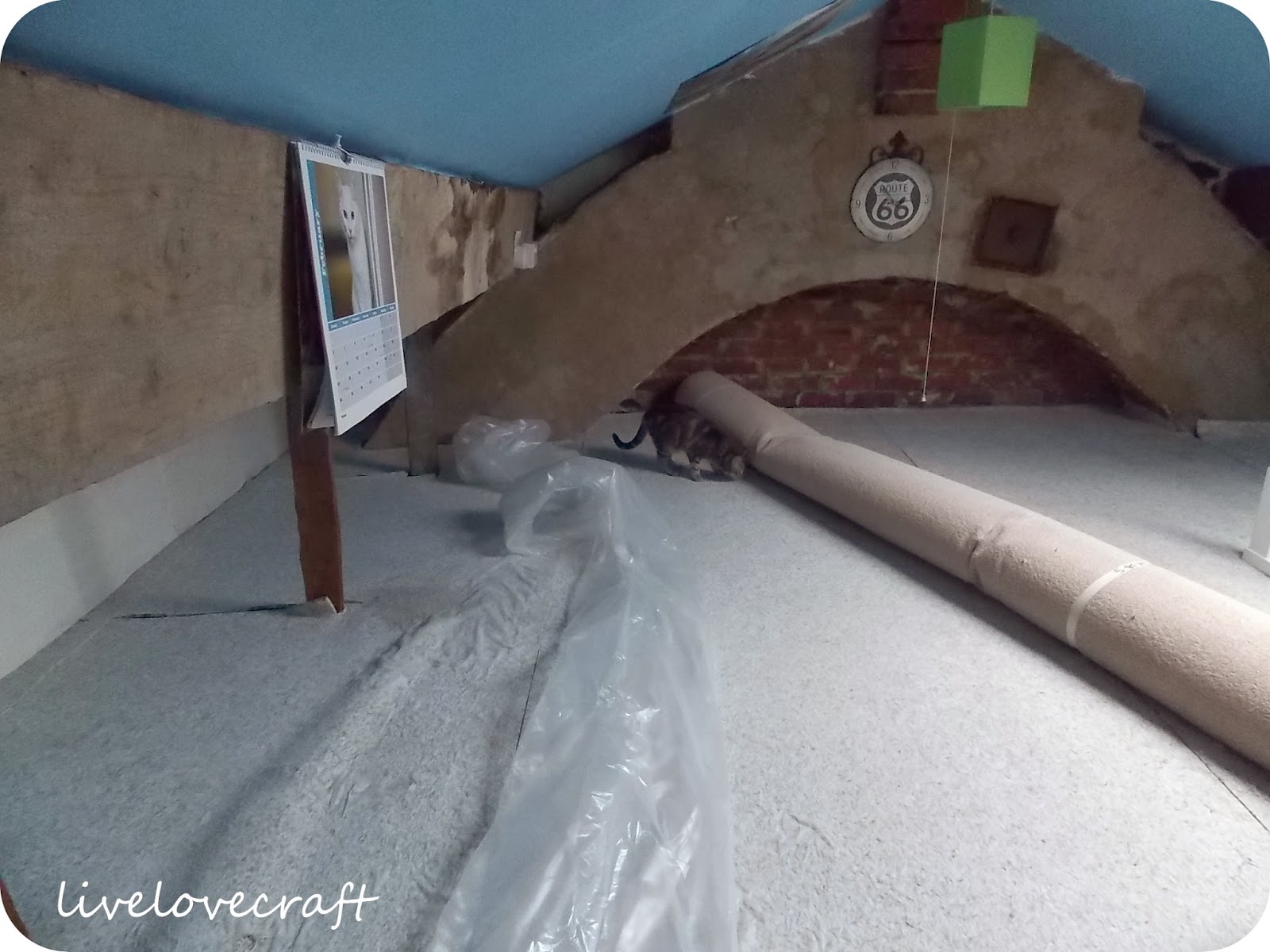 All this activity was obviously put on purely for the entertainment of the cats who 'helped' as much as they could - bless 'em.....not.  How we did not stand on them, trip over them or cut their whiskers off as they inspected closely - a bit too closely, I will never know. 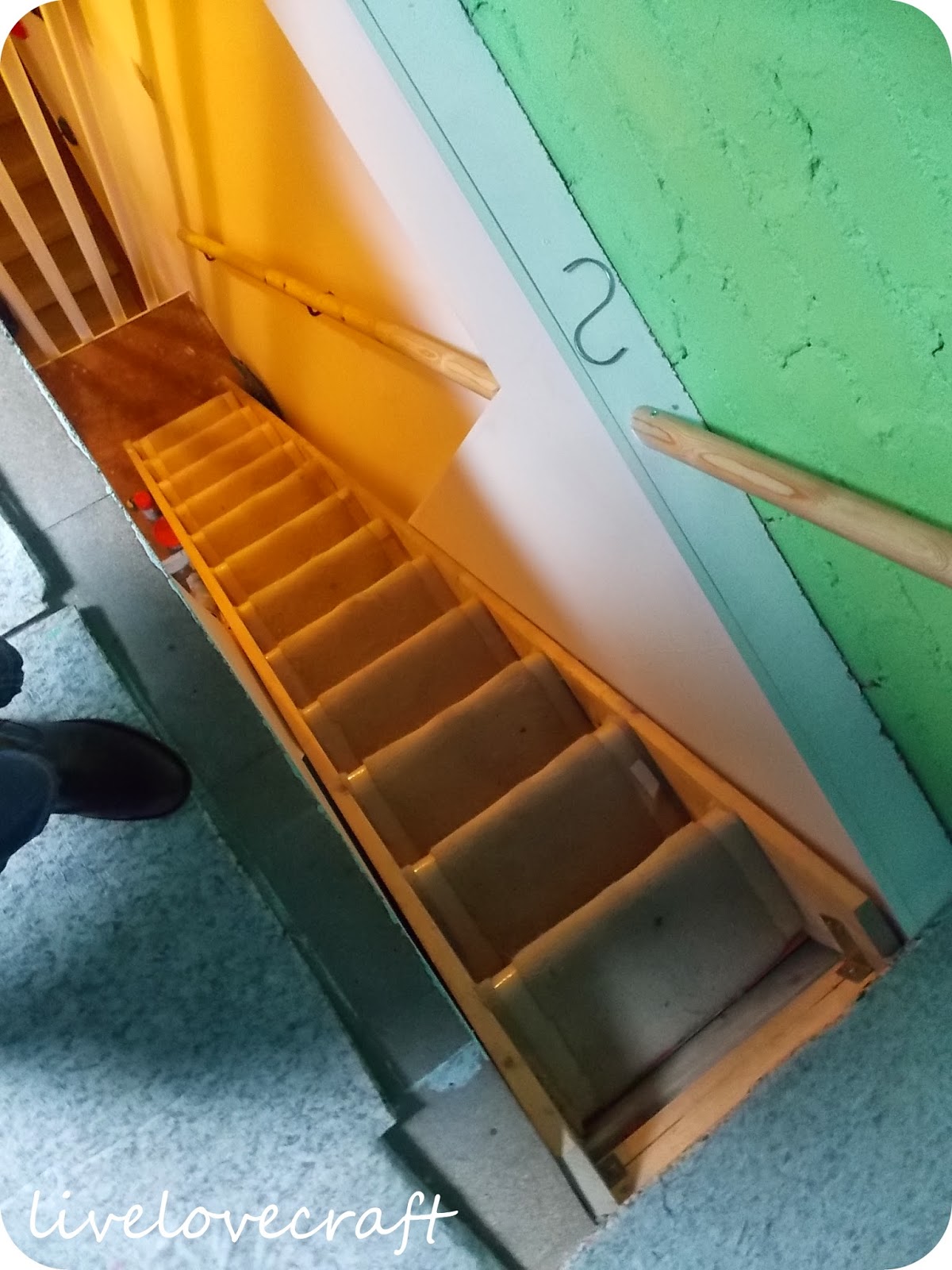 Then there was the small issue of moving all the furniture out of the room (the attic bedroom) down the narrow stairs and stashing it in Eldest's bedroom. 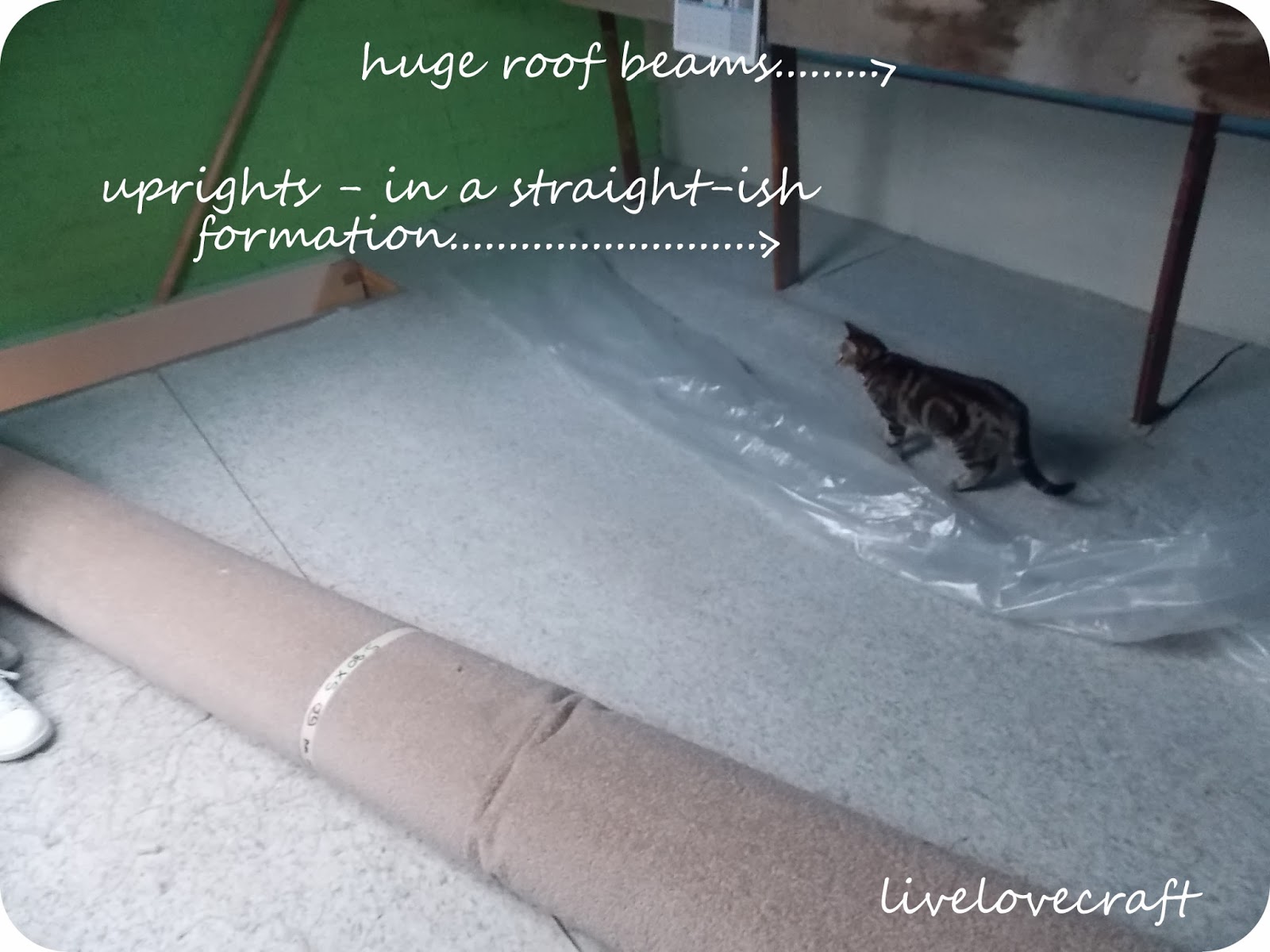 Then another small obstacle (well 12 obstacles)  were the 12 wooden structural uprights that are randomly arranged in a sort of vaguely straight (ish) line running down both sides of the room - entailing 12 cuts and fittings and an awful lot of cussing and swearing. 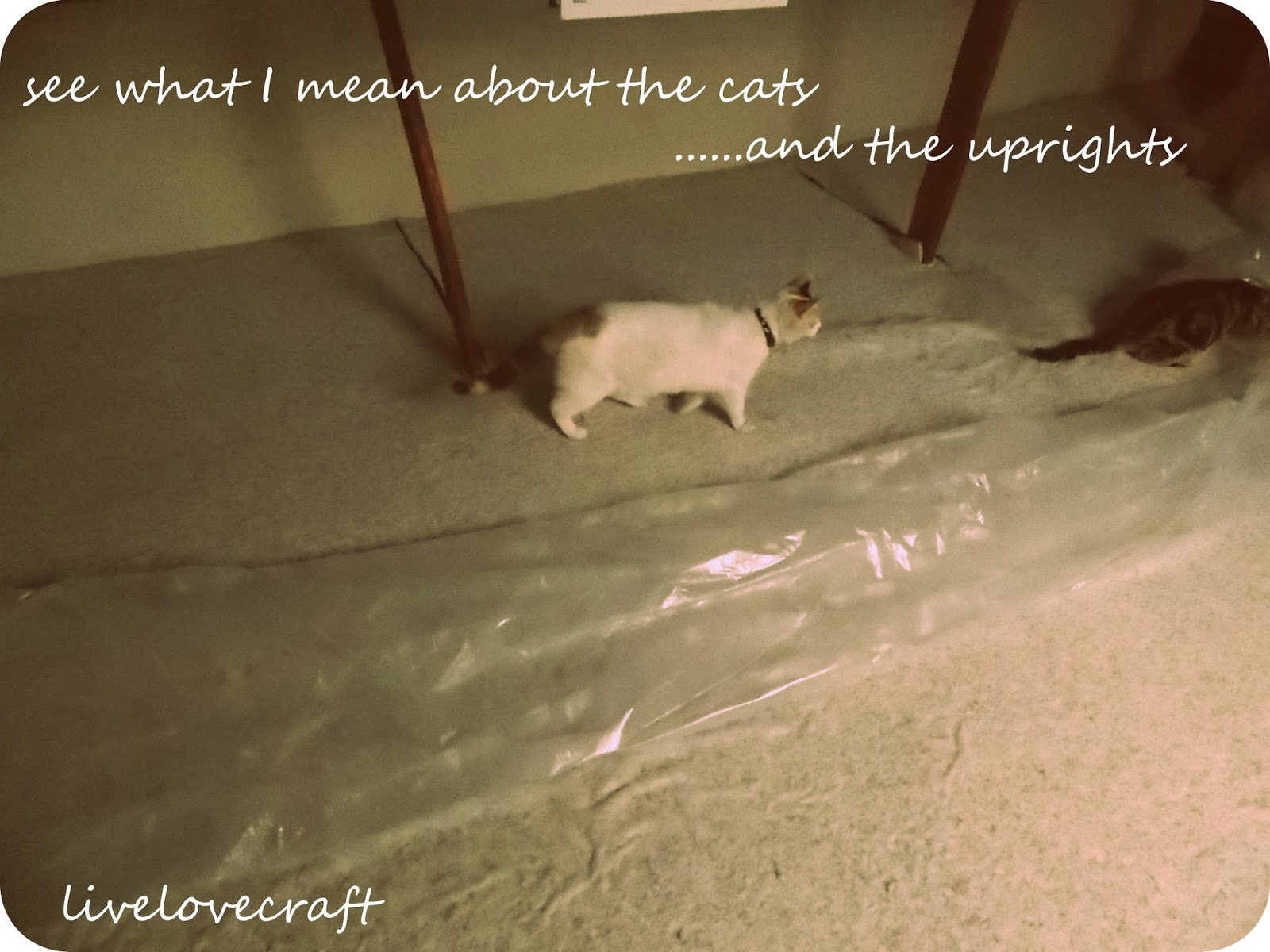 Oh, and the 'minor' inconvenience of two STONKING GREAT ROOF TRUSSES running at hip height that require you to take on a folded double stance. Even this scrunched up pose did not guarantee a pain free work zone as we both clunked our heads and our backs toiling beneath their unforgiving girth. 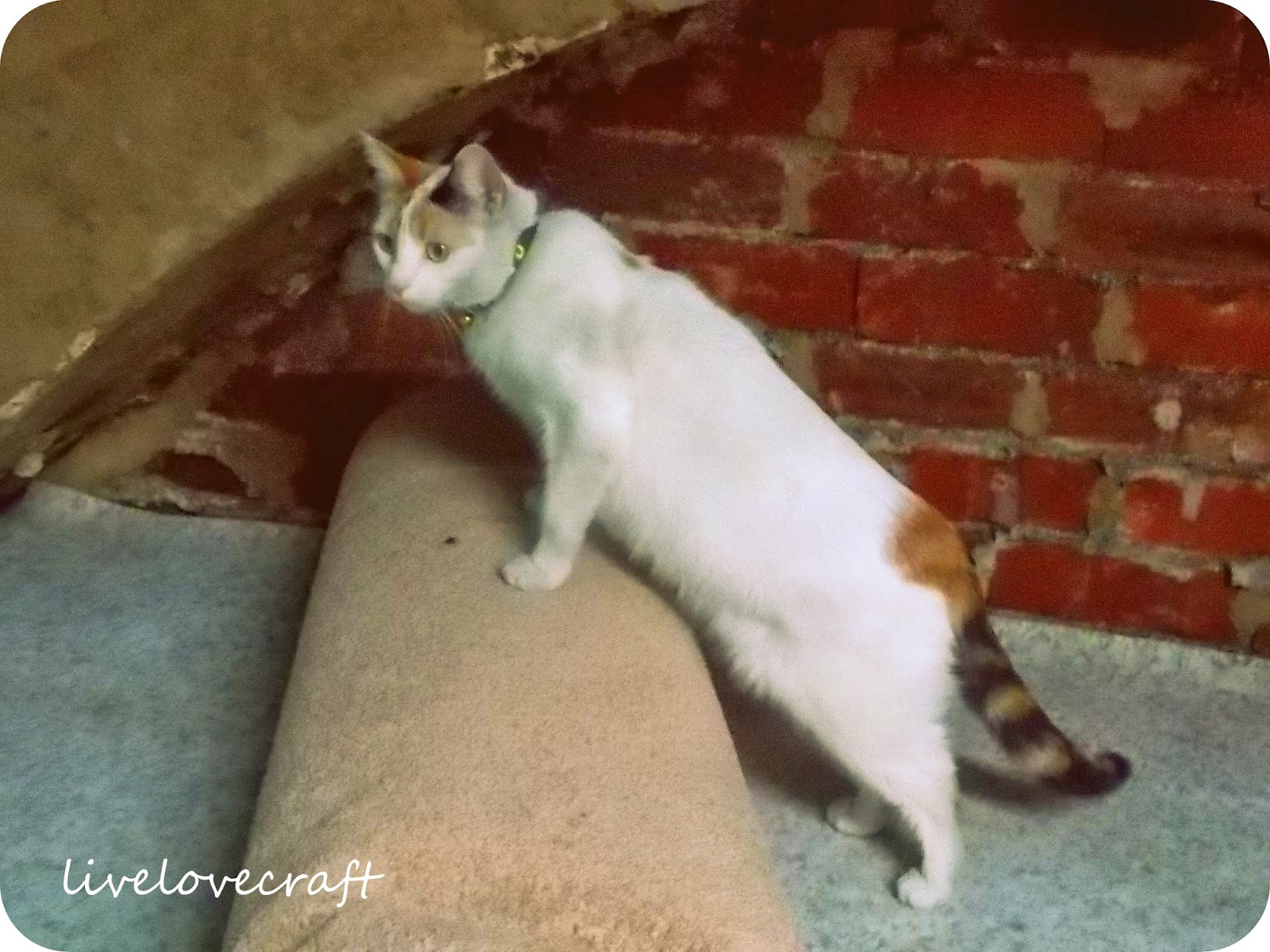 Then there was the squishing out the kinks and the fold marks and the cutting to fit round the quirkily shaped room. 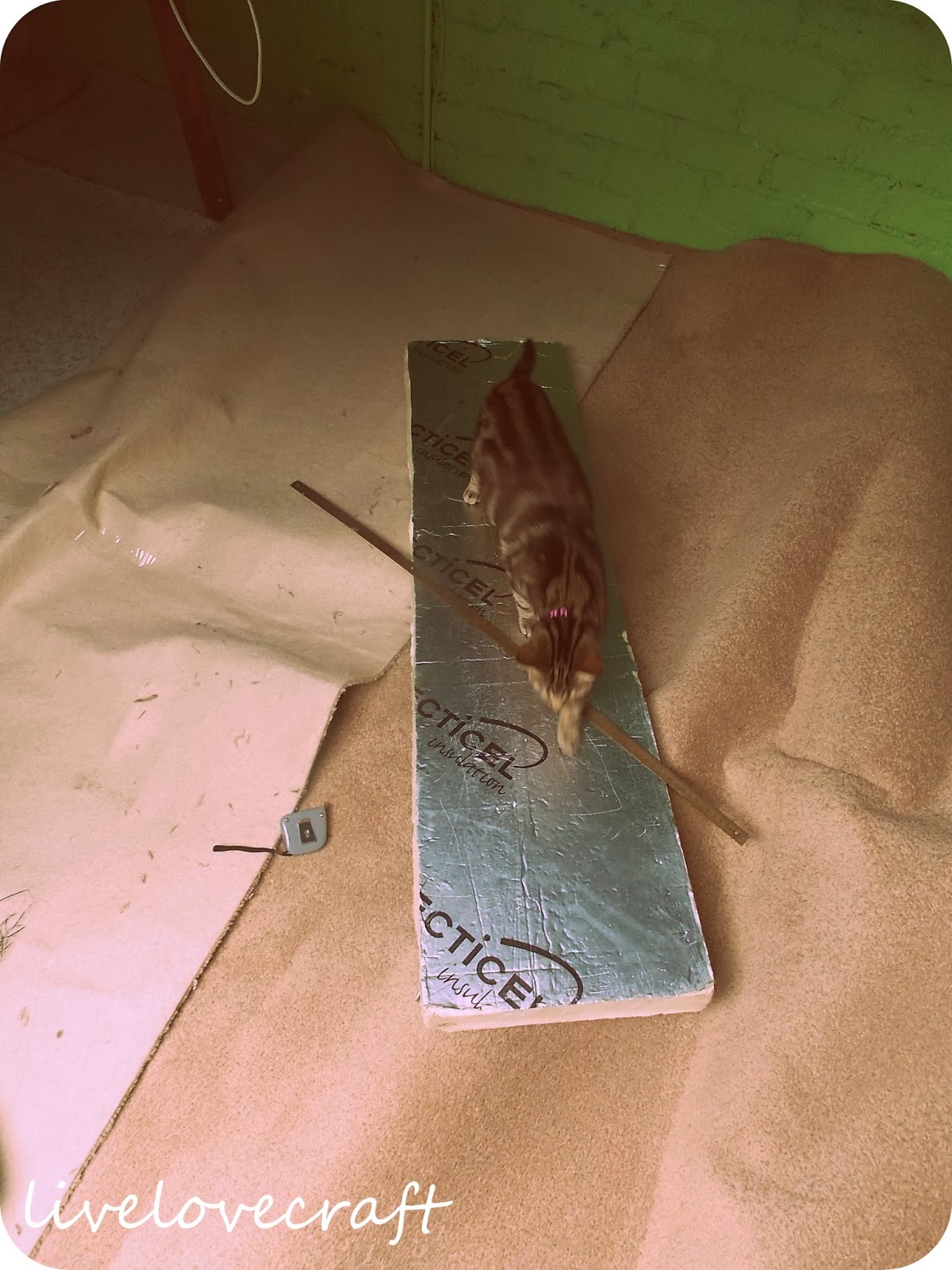 But - when, at the end of the ' manoeuvres'  Youngest was happy, the cats were fully entertained, Eldest was relieved (to evict his brother's paraphernalia from his room) and Himself and I were exhausted - the carpet was down and looking like it should - phew. 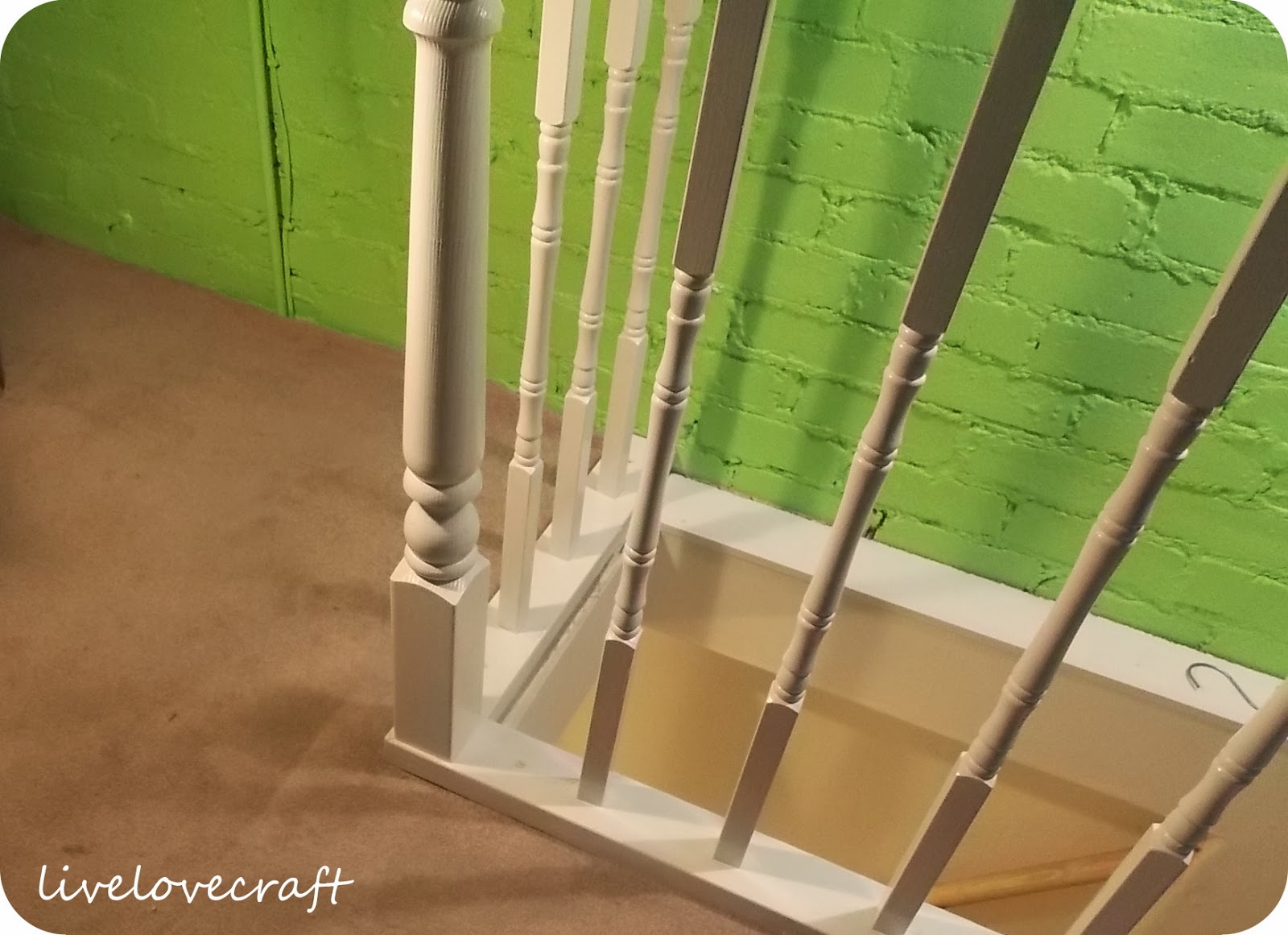 Strangely enough, Sunday took on a slightly more sedate pace (apart from the rain which lashed and hailed and pelted on and off all day...) I pottered around tidying the house, dabbling in the kitchen and just appreciating a day at home with my boys. 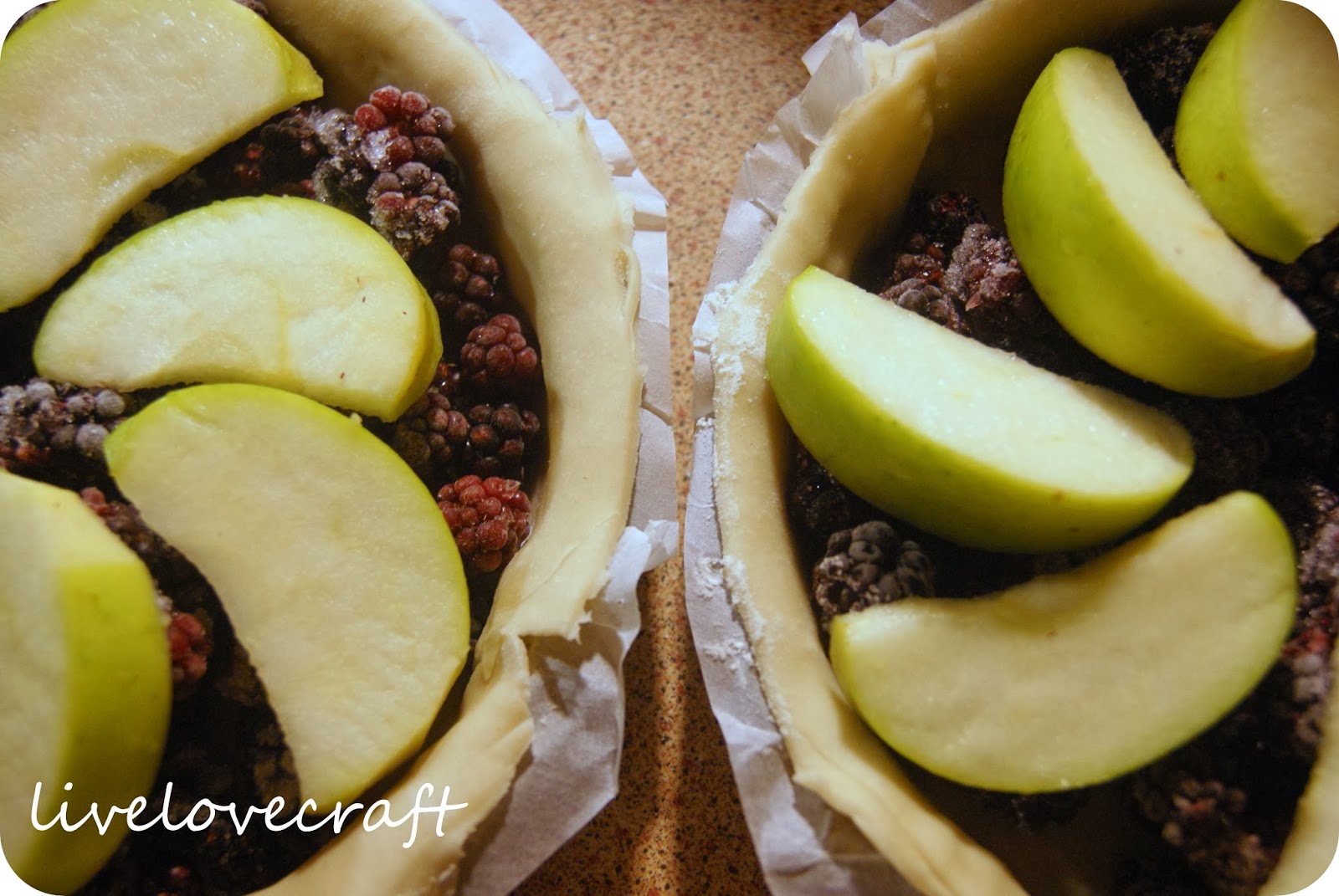 Himself decided to fill the house with a most delicious scent of baking fruit pies and Youngest baked biscuits entirely (AND cleaned up! gasp) on his own for the first time. 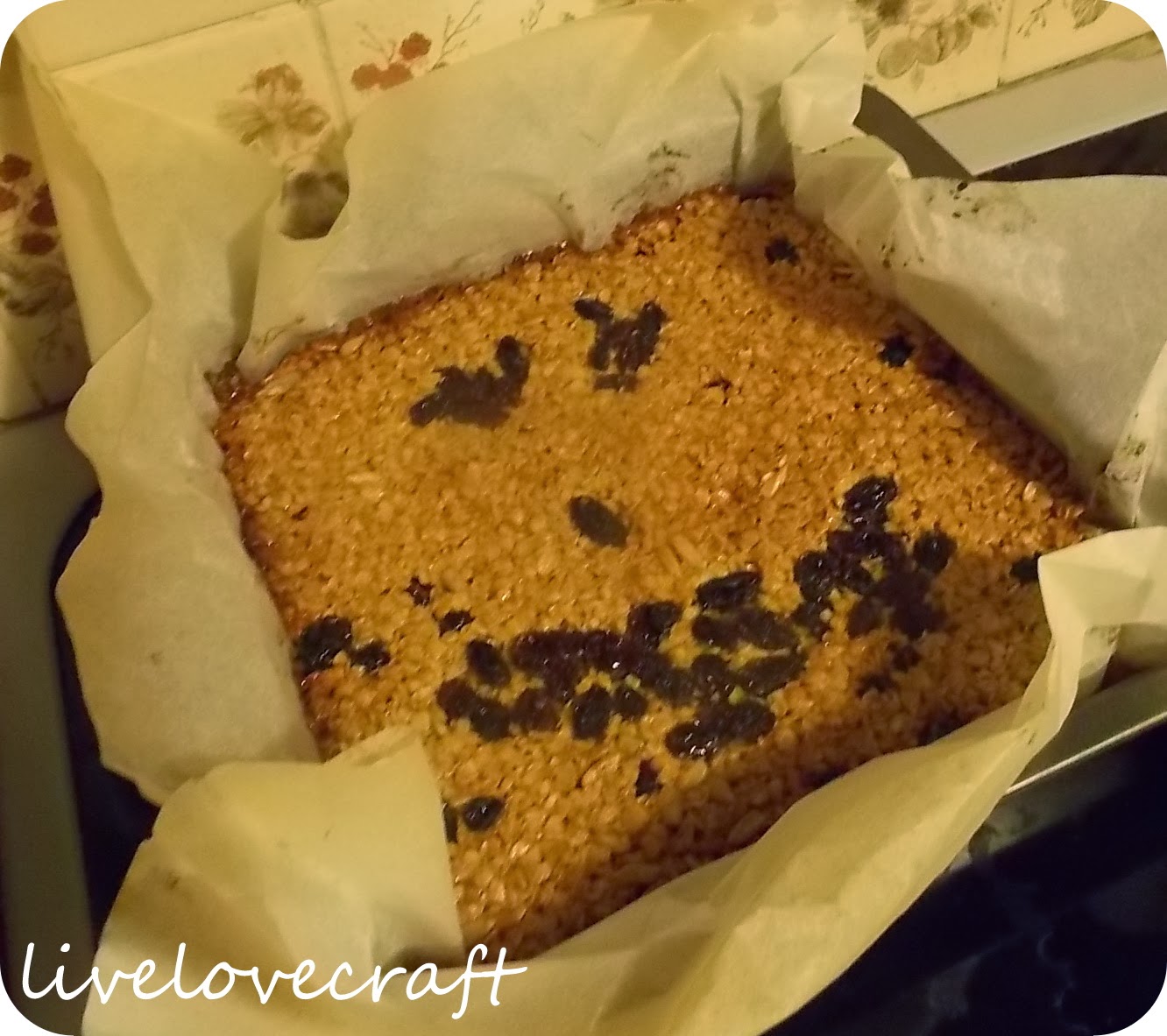 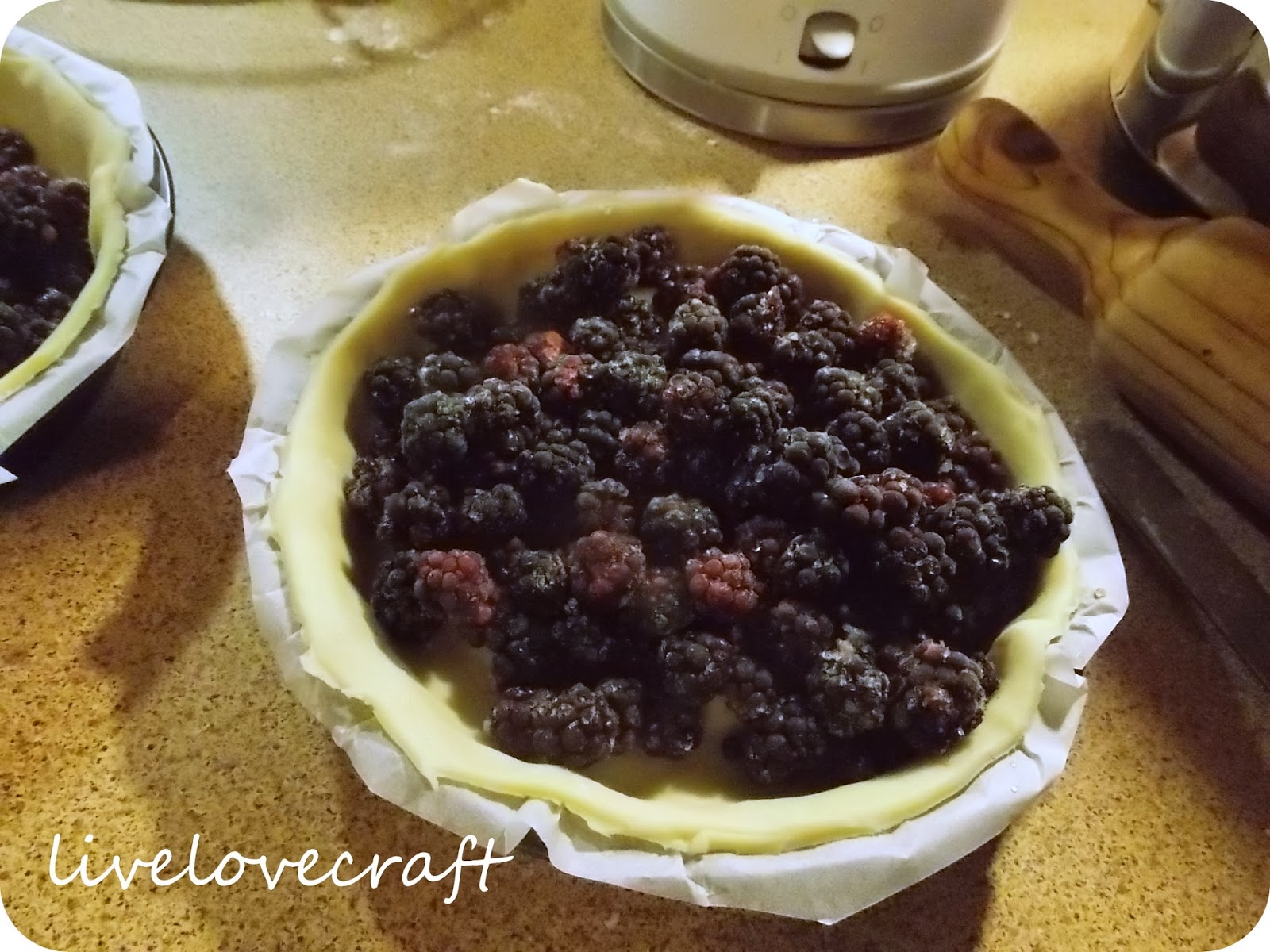 Yes, that tray of oat biscuits does have a smiley face made out of sultanas - Youngest was in a happy mood :) 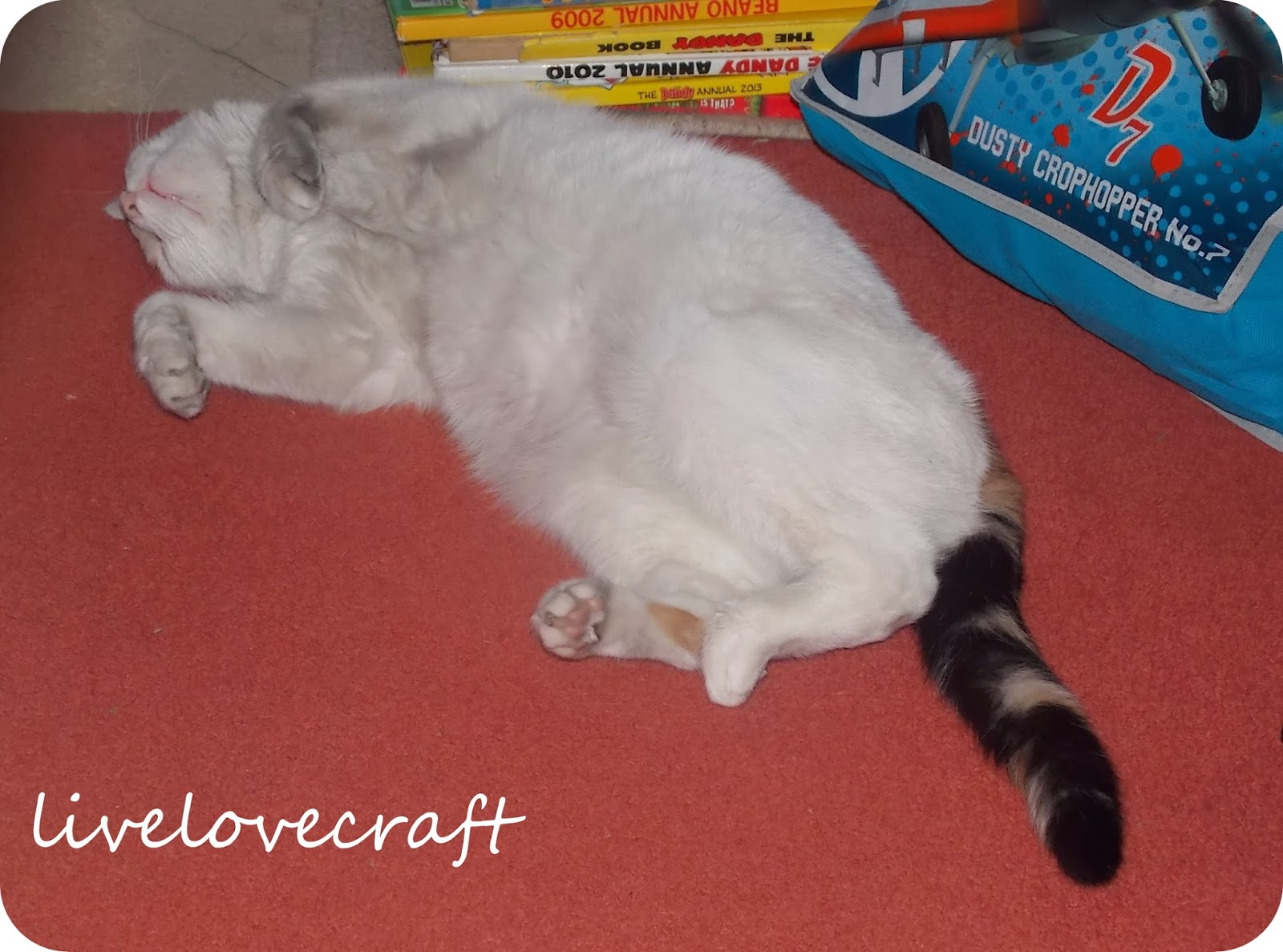