A host of little stars and other random similes 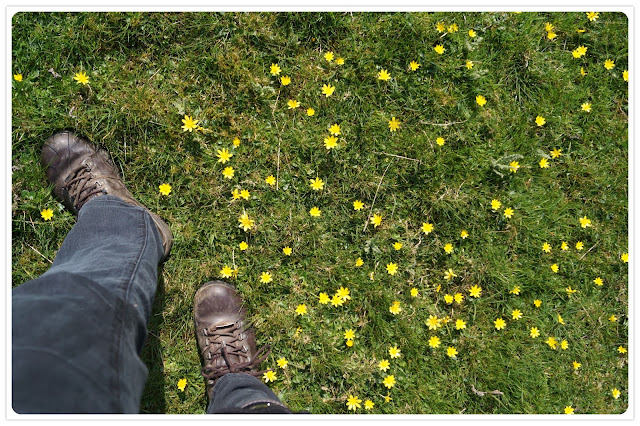 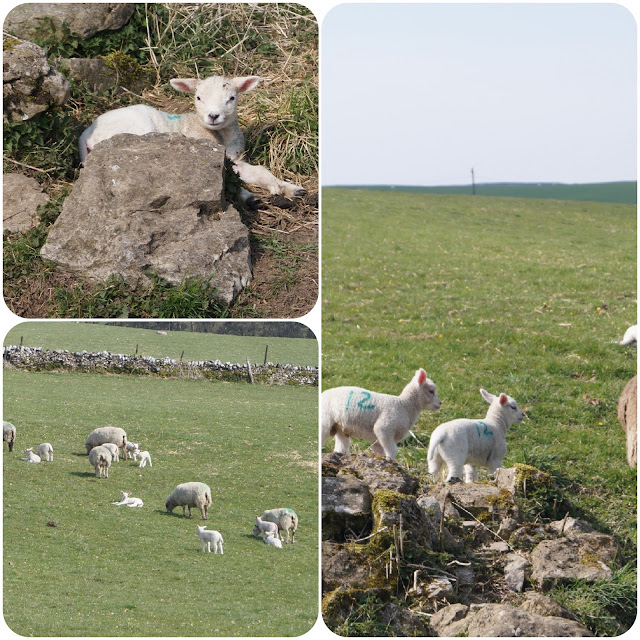 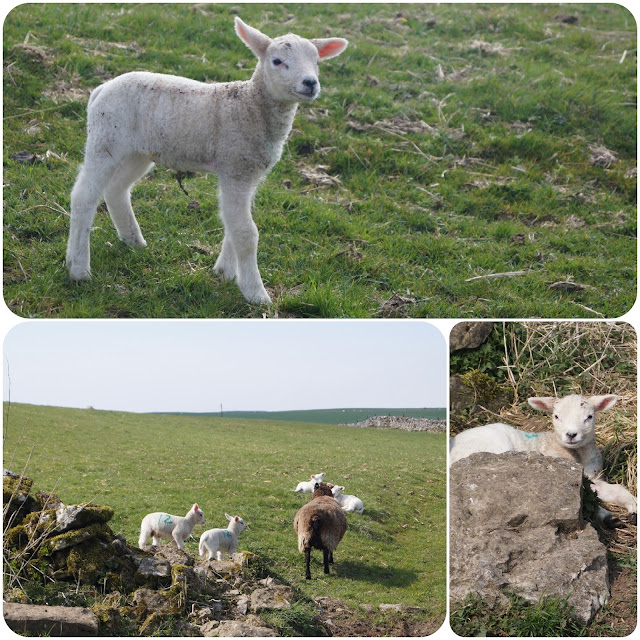 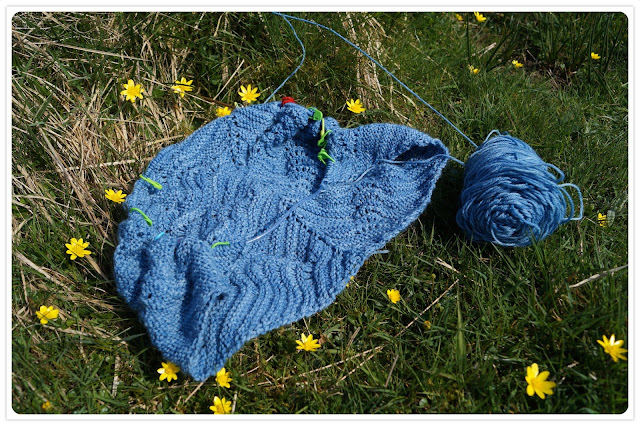 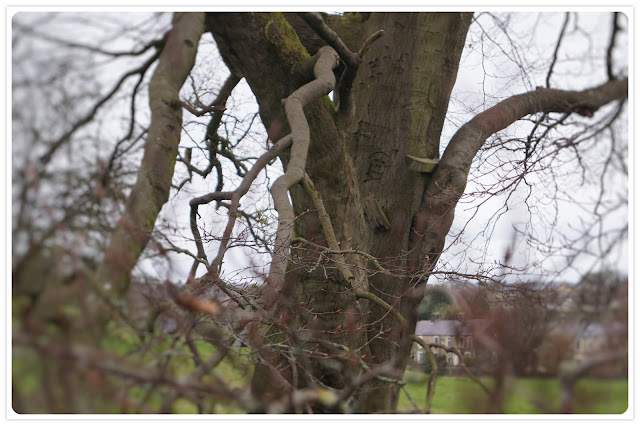 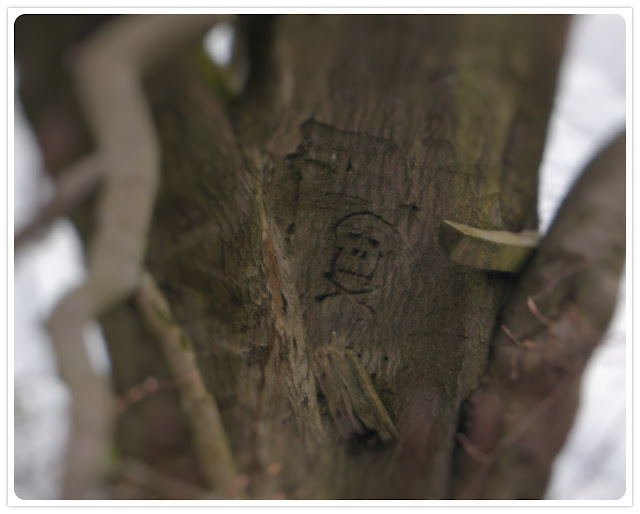 When, sitting here at my desk, it is a grey and wet day out there, I am grateful that I have been out and about during the weekend where I feasted my eyes and stilled my butterfly brain.

Walking is more than exercise, more than exploring, it is a form of meditation, a way of connecting to the earth and with myself and removing all sorts of negative thoughts and feelings. It is almost as if I have been made whole again and it keeps me sane for the rest of the week.

Our originally planned walk was soon rejected when Himself realised how busy the area was going to be, there were so many people about. There was even a bike event which seemed to be mainly filled by ill equipped amateurs struggling with not only the wrong sized bikes or being poorly dressed - one bloke was wearing jeans, but also having to contend with their apparent unfit states and horrendous and impatient traffic.  The route, to us, seemed far too dangerous for non-regular road cyclists and drivers appeared ignorant of the space needed by the flapping kneed red faced cyclists.

Himself knows the lanes and byways around us like the back of his hand and he soon had us far far away from the madding crowd. To a gloriously isolated high moorland. All we could hear and see were the skylarks, lapwings and curlews, their song filling the skies. The breeze was not cool enough to chill us but enough to make my hair lift and waft around my face. The grasses gently nodded while we could just make out the occasional sheep baaing in the distance. It seemed so vast and peaceful.

Still nursing my damaged knee I set off after my three who were being led by an eager dog. Moss wanted to race ahead and run run run run but seeing the sheep in the oncoming field she had to wear her harness and lead which she accepted with a resigned look in her eyes. Moss is afraid of sheep, however she still takes on the posture of a working dog and it frightens the ewes. So, harnessed and on her lead we can walk through fields dotted with 'lamb-mines' and ewes and only cause moderate interest.

Small wild riverine areas filled with celandine looking like fields of little gold stars, I could not walk in a straight line for fear of standing on the brightly coloured flowers. We stopped by a small tumbling farm brook, filled in equal measures with posts, rocks, wire, fish and pebbles. There was evidence of flash flooding in the past with the fencing serenely floating in the water while the bank, where the fence should have been, was eroded and undercut.

Further on, lunch was eaten in glorious sunshine, warming my bones and replenishing my sunshine quota - wonderful. As the boys investigated the shale exposed by the river for fossils and Moss happily splashed in the water, I pulled my knitting out from my bag and quietly completed a row or two. Slow but satisfying progress.

We walked along tracks and through fields. Our path took us alongside millstone grit and limestone and it was interesting to see how the plants and grasses altered when their roots grew in the different soils. The breeze became more lively as our path took us upwards back on to the wild and windy moorland hill. The clouds began to cluster and soon the brilliant blue skies and warm sun were no longer.

By the time we returned to the car, our faces and fingers felt brittle and cold and my knee had had enough. We were definitely ready to sit inside the car away from the chilling buffeting wind.

It was good to have got out and breathed in the air, felt the sky, sat in the fields, watch the scudding clouds and walked until I was tired.

Now, home, strengthened by the walk, by the sky, the bird song and the air, I feel ready to paint. Bring it on :) 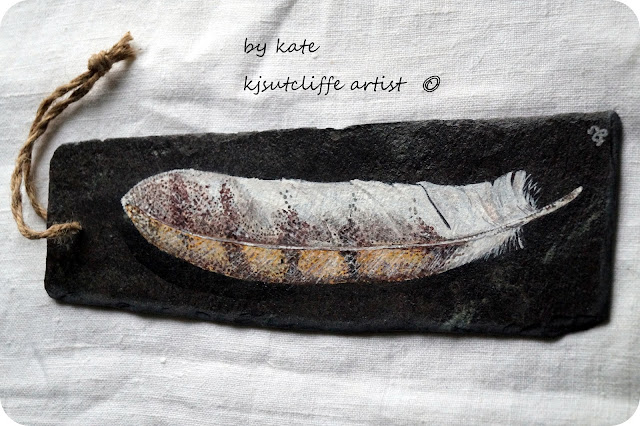 I have a second blog - one I run purely for my art -
please pop over and see what you think :) Comments are most welcome.