White
Our pathway into the garden. This image I took a couple of weeks ago, it has since snowed a lot heavier but I preferred this almost monochrome look of the gate and pathway. This is the photo that kick started my winter-wonder-look-theme..... 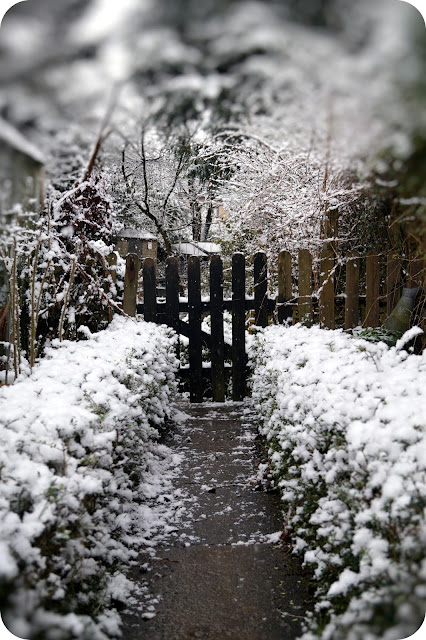 These ornate metal gate belongs to the rec grounds we take Moss to play and run madly around. However, this particular photo was taken in January 2013. As you can see - it was a snowy January. These gates must have seen some action in their life time as they are rather battered and rusty and missing spikes in places. They probably were quite grand in their day but now, I suspect not many folk actually notice them. 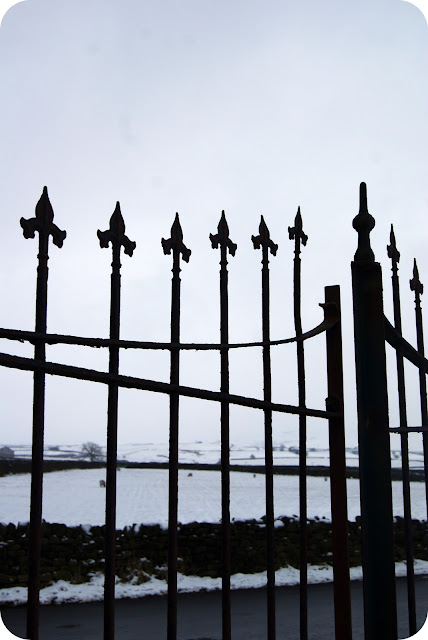 Camouflage
This one only took a single fleeting moment to think about but a little longer to create!  It required not only compliance by the cat (not a given) but also the use of an amenable teenager (fortunately fed and watered and up for a game) and a fully charged battery in the camera (it conked out after this image). With the dog safely kept inside as she and this cat don't always see eye to eye - we set out. This is the only image I could use... the rest are mostly of a fat-furry-backside or a furry-blurry cat half out of shot.... you get the gist. Any hoo - this one was the best and she has 'cleverly' camouflaged her tail with the hedge and her fur with the snow - what a super model! 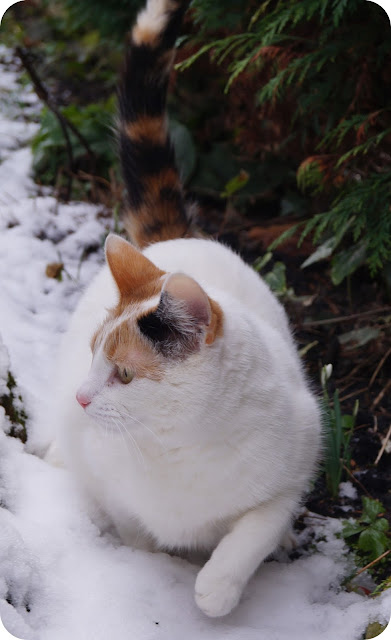 Begins with a ....J - J is for Jacket
When I wrote this, Youngest was home on half term. Not sure what happened but wasn't in a particularly good mood, so, using his love for his dog, I insisted that we get out and go for a walk. Which we did. Moss and I felt a whole lot better for it  however, Youngest was still feeling a little grumped ....so once home, he went off for a nap. Then he felt better. 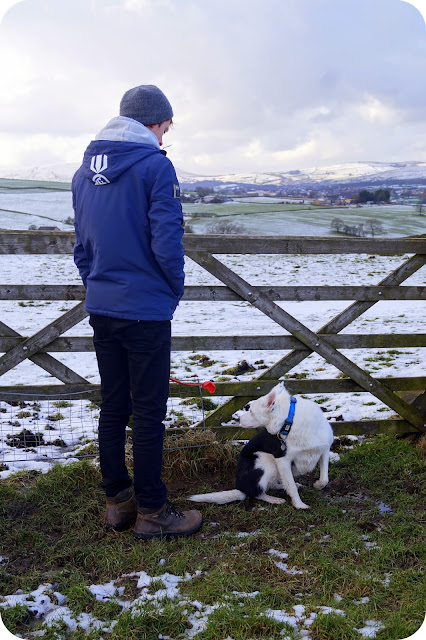 Bud
In the garden there is an indigenous honeysuckle growing on the fence between us and our neighbours. Years ago when we moved in we had to do a lot in the garden including removing a smashed up glasshouse thrown into the compost heap. At least, I think it was a compost heap, it was a huge pile of tree limbs, slimy mown grass clippings, soil and discarded plants. Once we'd started to move it we discovered the almost never ending shards of glass and broken frame. Carefully over a number of weekends we managed to clear the rubbish. Where is this leading to? Well, beneath the glass I found a single straggly twig with an equally sorry root. The honeysuckle. I planted it and it never looked back!  These buds are cheerfully battling the snow falls we have recently had. 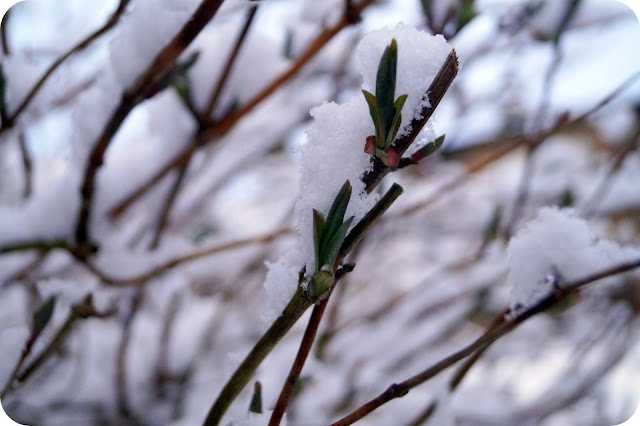 My own choice
'Counter-camouflage' - you can't have one cat without the other...... Pepper in the bath.  (I love the row of little cat toes peeking out from beneath her tail - enough to make a mad cat lady go ... squeeeeeeeee) 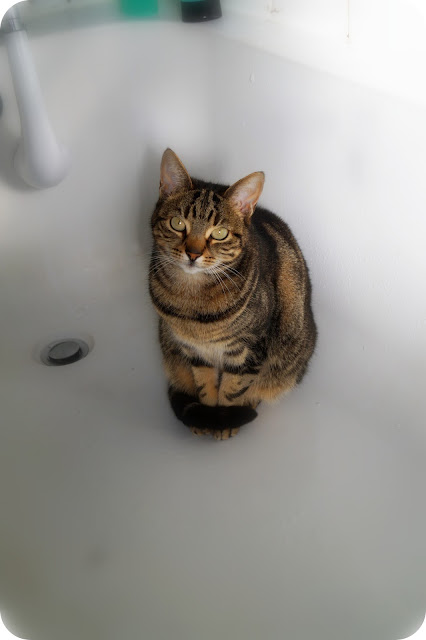 So, there - my selection for February - hope you enjoyed them as much as I did hunting for them :) right, I am off now to check out you lovely lot's photos and stories!