Wow - this has come round again rather quickly! Fortunately last weekend supplied all the images and stories and if you are sitting comfortably, I shall begin  :) 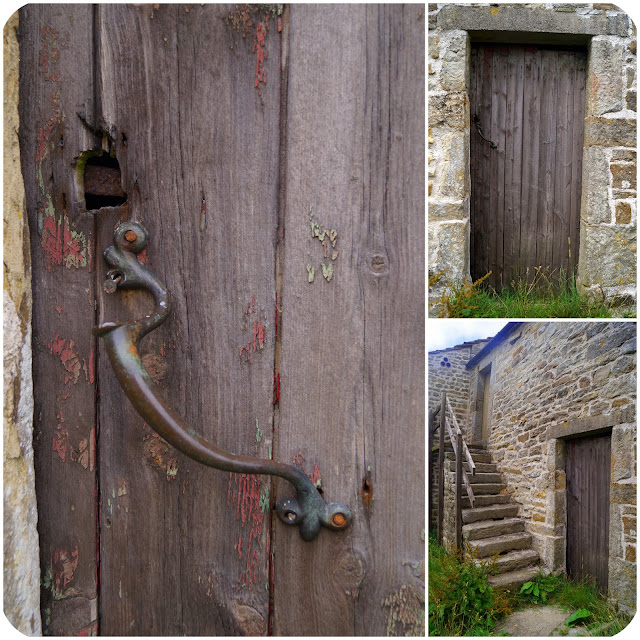 We'd huffed and puffed our way up a rather long and hot field towards the farm buildings sheltering in the trees. The difference in temperature was marked. The barn - although old and closed up - was obviously well cared for as the stonework was pointed and the roof tight. The door handle fascinated us, as Youngest commented - it looked like the body of a harp. I just had to try it out and it felt so cool and ergo-dynamically comfortable in my hand. I don't think that functional things are made as beautifully or artistically as they were before. 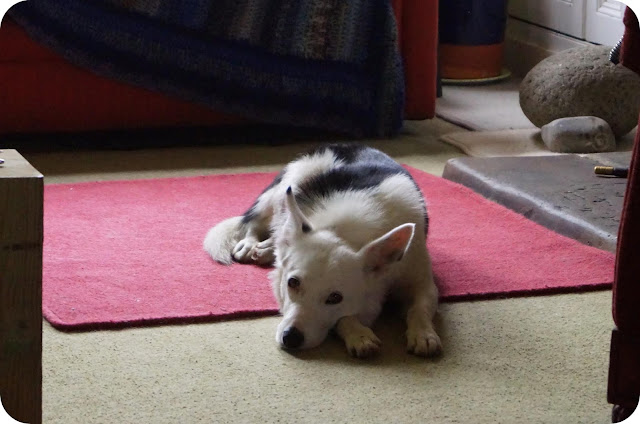 As we were getting ready for our walk - somebody got herself over excited and had to be told to go and sit down on the mat and contain herself until we were ready. She watched our every move, each loading of the rucksacks, the putting on of the boots, the collecting of maps and cameras and in her mind - the best by far - collecting her lead and collar. Then she exploded and spun around several times and charged off to the car.  She was fed up with waiting! 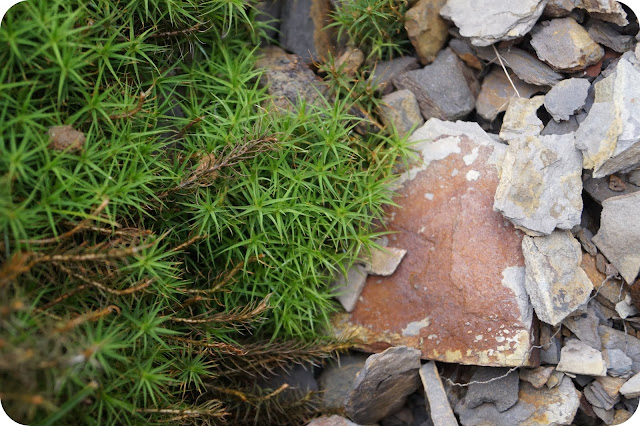 Despite the dryness - there were pockets of moisture tucked into the deeper valley crevices, I loved the contrast of the remarkably soft feeling spiky moss against the shards of the red and grey rock. 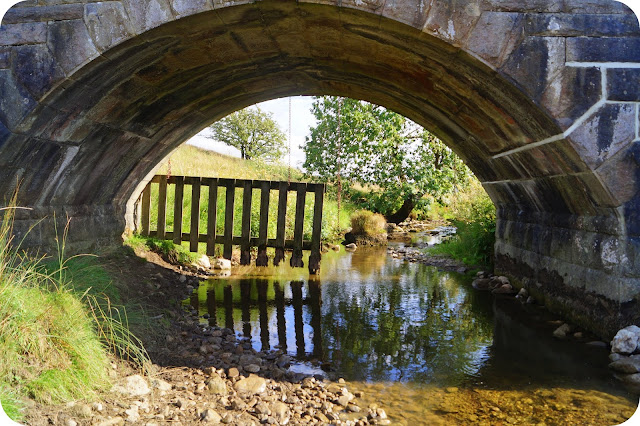 Sunday was a relentlessly sunny day - most of our walk was on hill tops and moorland stretches and despite the essential hat and sunnies it was bliss when we found shade. I suspect Moss's favourite bit was the shade beneath this bridge - she spent a happy fifteen or so minutes wallowing around in the stream beneath the cool arch. The bridge was a wonderfully over engineered stone edifice in the middle of nowhere over a small stream - how very English!  And if you were wondering about the hanging gate, the farmers will tether a gate or pallets on chains to a bridge to prevent their stock from wandering through. As the river rises or subsides, the gate will move, thanks to the chains, to fill the space being blocked. 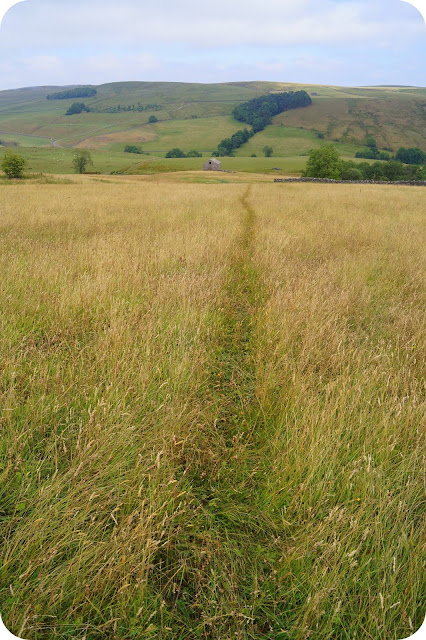 Our walk (which was just shy of 10km long) had good views most of the length of it. Some were long distant - like this one, others were snap shots through trees or down hidden valleys. I chose this one more for the memory of it for me. The brown hue to the grassland  was mostly caused by hundreds of thousands of Yellow Rattle seed heads. It would have been an amazing site to have seen when in flower - the hill side would have been a blanket of lime green and primrose yellow. Now, as we walked through it sounded like a thousand rattlesnakes at every step.  Youngest (ever full of odd facts) stated that this plant had been used as a 'prop' in filming and on stage for a rattlesnake warning signal. Listening to the dry raspy sound the seeds made in their pods - I could see why! 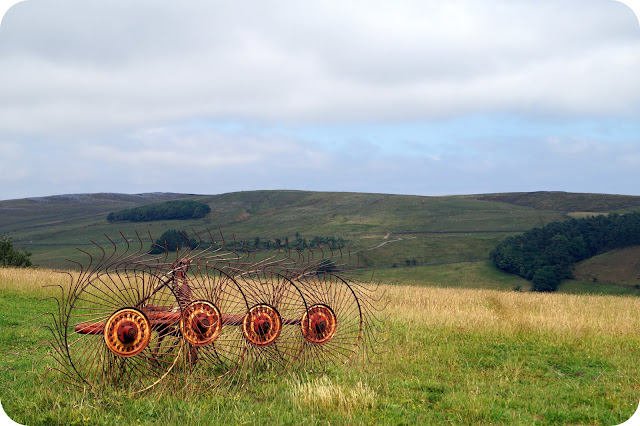 My final image was taken not far from the previous one. As we reached the crest of the hill, the wild grasslands opened up to more green and cropped. Sitting quietly was this beautifully rusted vintage hay tedder.