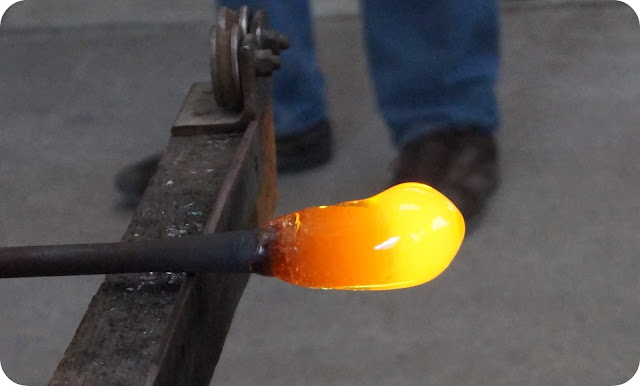 It was like watching a methodical yet lightly stepped dance. 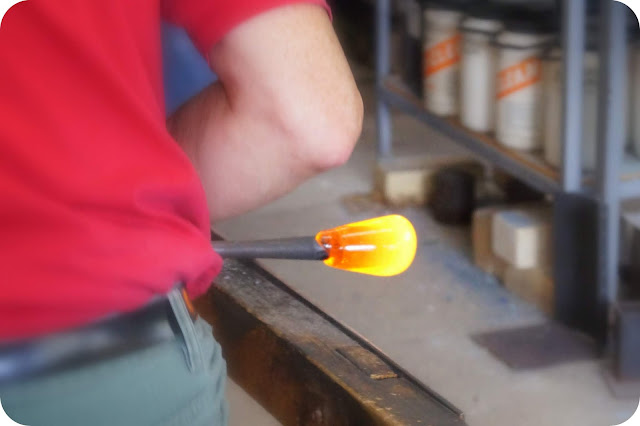 The two of them, time served, moved as a fluid, anticipating the other's action with years of remembered performance. 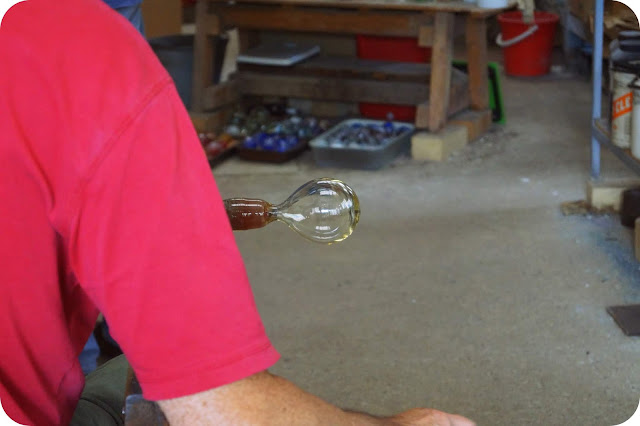 A gentle monologue was proffered explaining each step - enough to inform and not swamp. 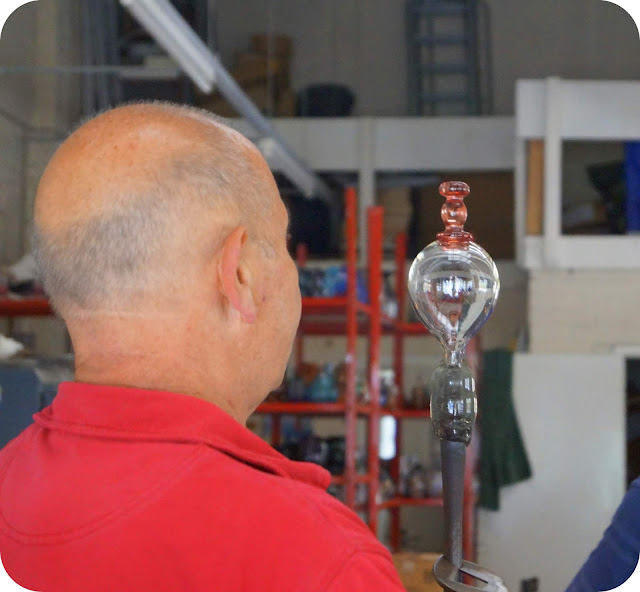 Words like molten honey and liquid toffee were dropped in - so deliciously descriptive of the tempered glass bubble. 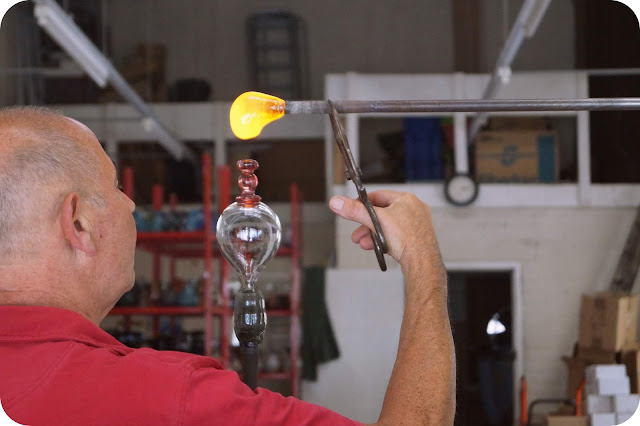 A controlled puff, a measured swing of the blowpipe, a turn of the wrist and a gentle tap or click all making a glowing blob into a simple yet magnificent glass goblet. 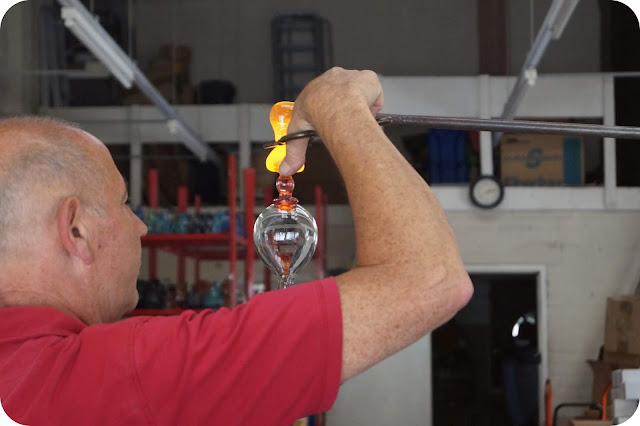 The tools they used had barely changed since glass blowing started 2000 years ago, water soaked Paddles, Jacks, Blocks, Ladles, metal Tweezers and Shears, they all retained a look which appeared timeless. 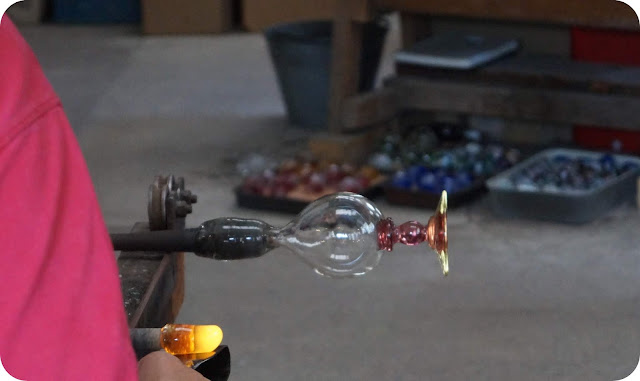 Then, less than ten minutes - this dance produced a glass goblet which was both robust and delicate. 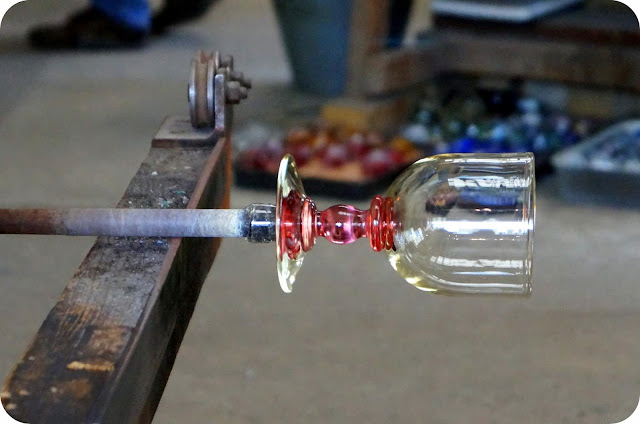 It was sent to cool down in an oven set to 400 deg c over night. It was mesmerising! 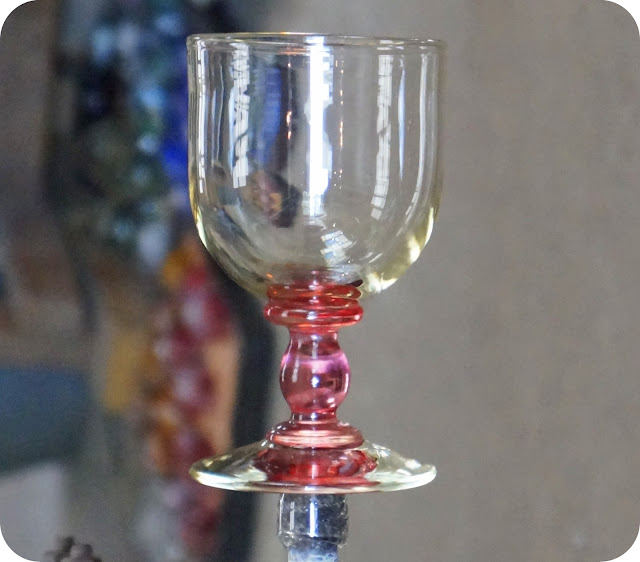