Connecting with the ancients 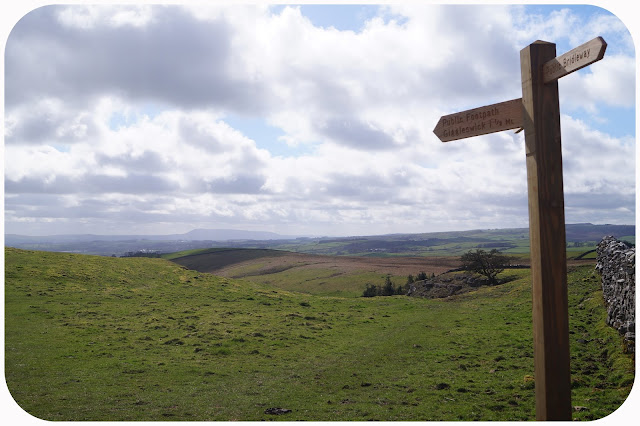 Sunday was bright, with a sharp breeze and welcome flashes of sun. 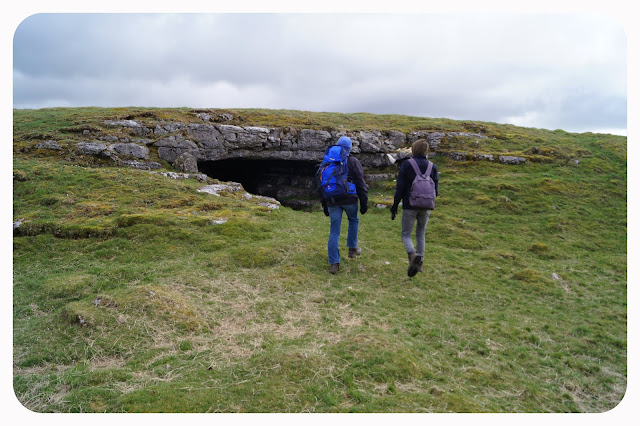 Up on Feizor Thwaite Moor in the Dales,
we were looking for traces of the past.
Inside Dead Man's Cave, a welcome respite from the cutting breeze,
the three of us drank tea and took in the view. 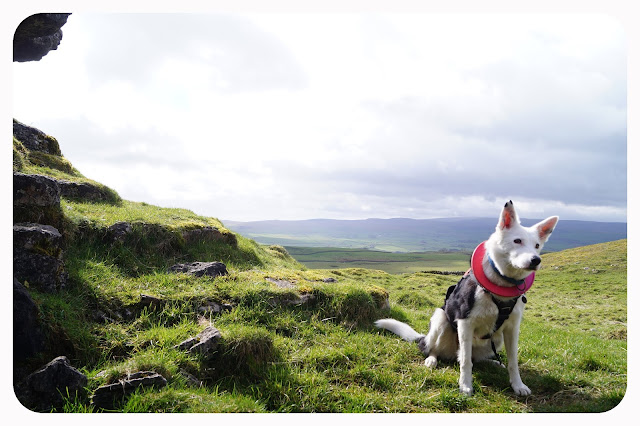 While I explored years of graffiti worn away by the weather,
Himself and Moss sat at the mouth of the cave. 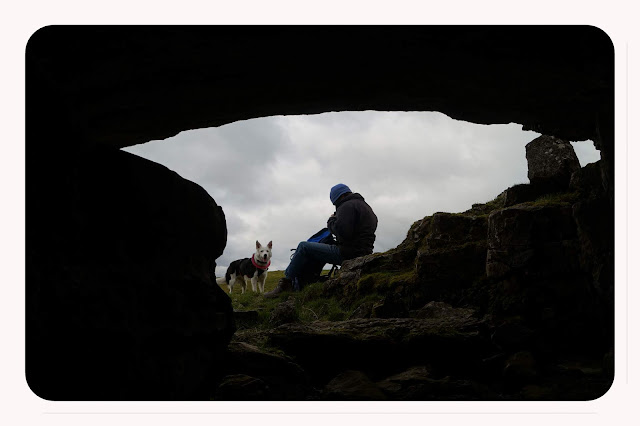 Youngest took the camera and fired off the flash to follow the cave contours. 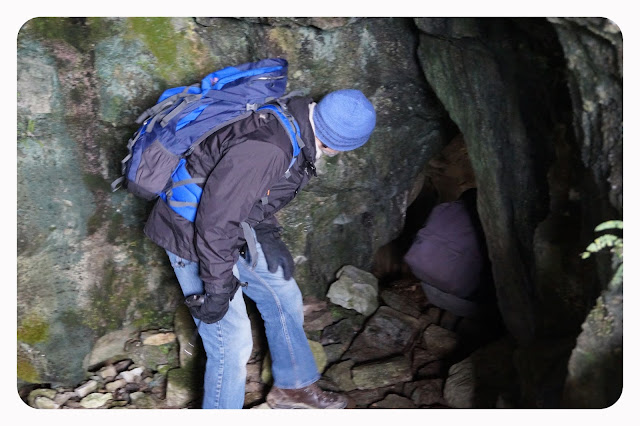 Tea drunk and scarves and hats firmly put on, we set off to find the ancient
Celtic wall. 65 foot long and solidly square it is refuses to be marked on
any maps. We wandered over the moors until we stumbled upon it.
Is it missed from maps because it moves ...? 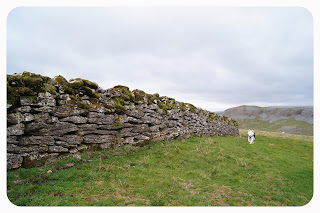 We sheltered from the cutting wind behind the solid structure,
the exposed side of the wall was bleached white and brittle,
the sheltered side, moss and lichen encrusted. 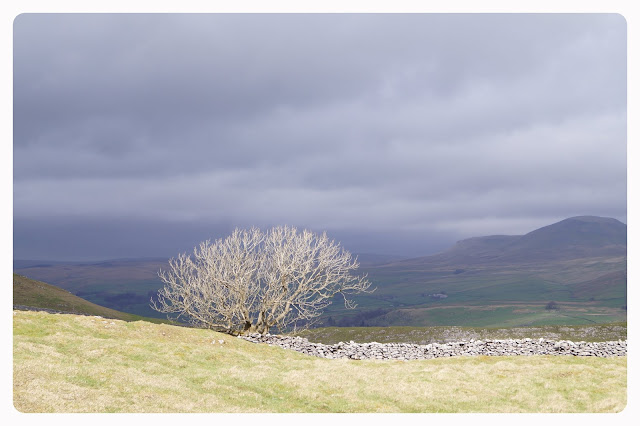 The skies were darkening which only served to
magnify the amazing affect of the sun. The reason for our walk - I wanted to find this propped stone.
It was being watched over by a large dog fox - a handsome creature with
a rather generous tail. 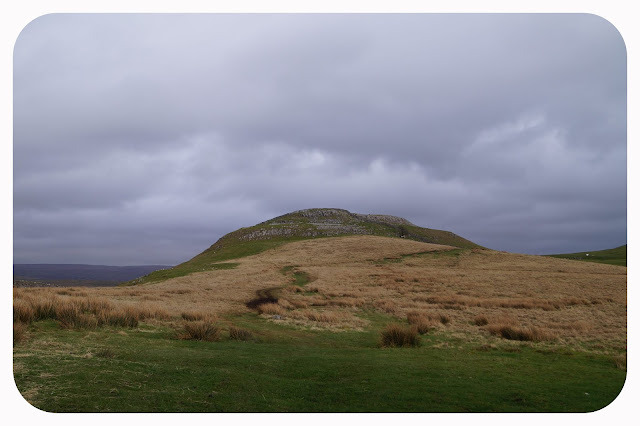 On the home stretch, the skies now heavy and we
could feel the rain in the air.
A good walk - cold but good.

That is.....
except for the small incident that occurred
less that 500 metres from the car.

A cluster of Hereford beef heifers congregating at the last gate.
We strode forward - looking as large and purposeful as we could,
Moss hidden by our many legs.
Clapping of hands and farmery style whistles to get them to move
revealing amongst them a very large and testosterone filled bull.

He raised his huge head,
looked at us and growled, deeply.
I could feel it in my chest.

Himself had already reached the gate and slipped through,
I retreated as the bull stepped forward.
Head down.
Youngest was urgently instructed to hurl the dog over the wall
and to get over too.

It was at that point I saw that Himself
was face to face to a second black bull.
Huge as the first,
he too began to roar.

Both bulls drooling, roaring,
the Hereford now pawing the ground,
watching us.
Himself threw himself over a fence, grabbing the dog
came to us,
we had managed to get over a six foot stone wall
topped with barbed wire.

We walked quickly away through the field
Every third pace, I looked behind.
The bulls too interested in each other and the heifers surrounding them.
Shame the only place they chose to hang out was the only place we needed to be.

Took until getting to the car to stop shaking.

No signs to say 'bull in the field'.