As part of the birthday celebrations over the weekend we went to see The Mighty Doonans - and a mighty fun night was had! 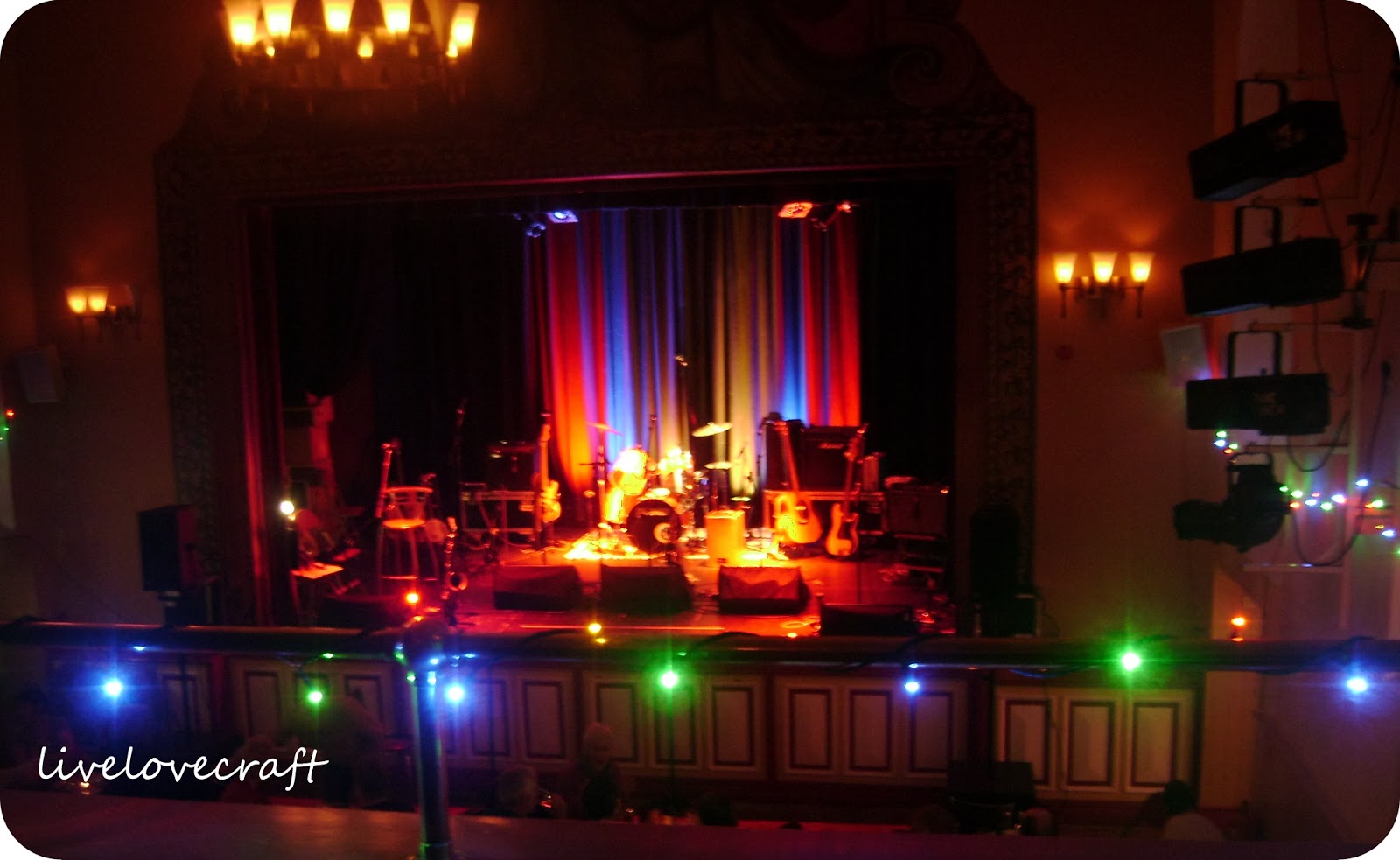 There was just the right amount of folk music with jigs and reels and Irish dancing - talk about high stepping and high kicking. The youngest member of the family band was an enthusiastic dancer with rather long legs and a short flirty bright green dress.

And - much to the delight of our teenage contingency in our party - just the right amount of titillation and bawdy jokes involving a pair of very skimpy white knickers and a strategically attached long piece of almost invisible elastic. The giggles and guffaws coming from them was almost more funny and entertaining than the chap on the stage mopping his brow with said pants. The gist of the story boiled down to the punch line (as he waved the underwear around) 'Don't worry it is only a 'folk thong'........ groan. 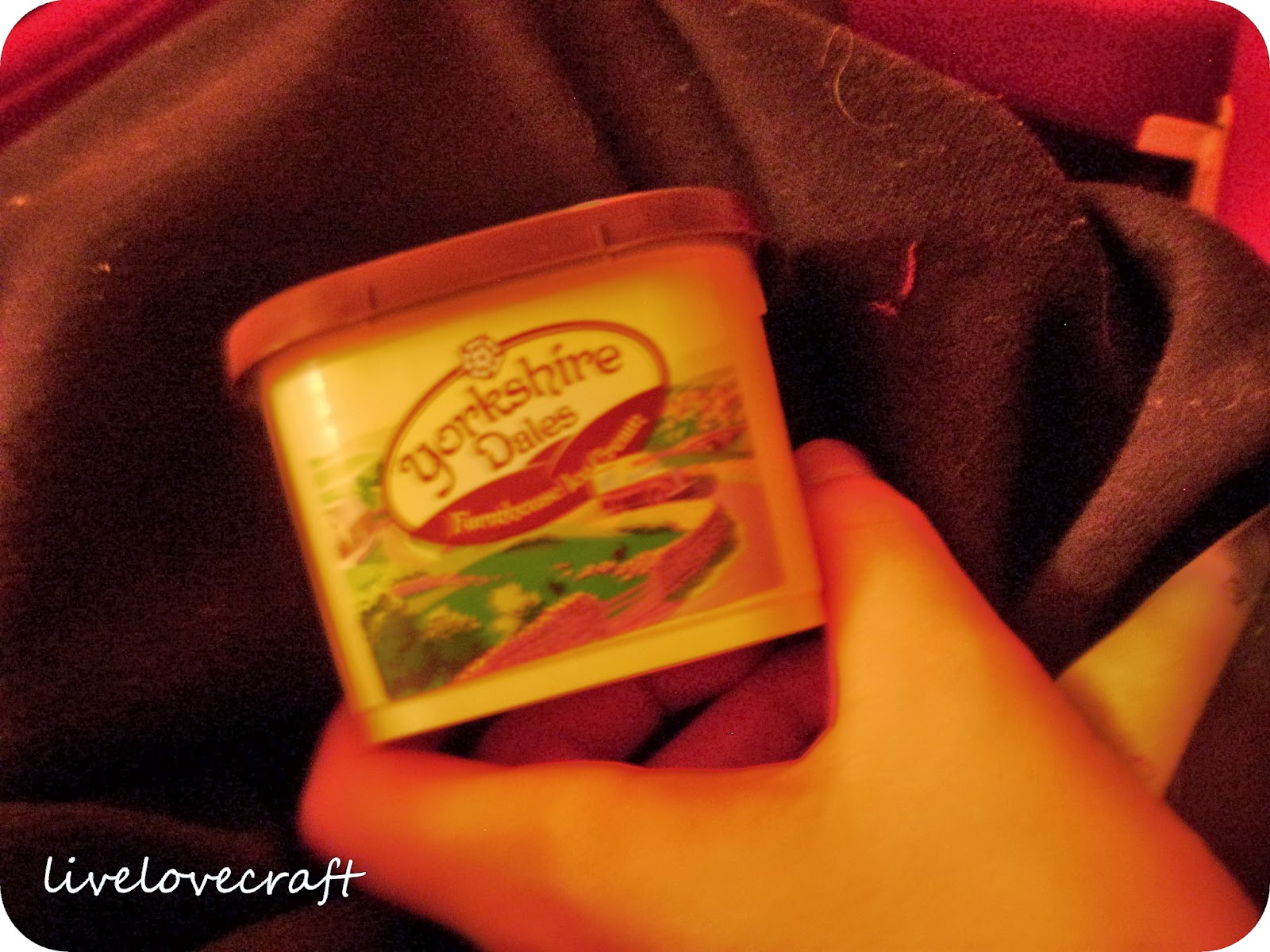 Any hoo - at half time, the lights came on, the band stepped off the stage and into the audience, where they mingled with pints of bitter in hand and chatted with the locals. Himself said that he would go down to the bar and would we like a drink? Only I said yes to a soft drink (I was the designated driver) and the teenagers all decided they would have an ice cream instead. Off he went, the youngsters all happily slurping on locally made dairy ice cream and I 'people-watched' from our rather grand seat in the balcony. Below, in the sea of heads, I could see Himself bumbling through and disappearing into the side room which doubled up as a small bar. He seemed ages. Finally he returned.

Clutching only one glass.

He was full of stories of meeting and chatting to Mike Harding (the compare and a local celeb) and he was full of enthusiasm about the chat he'd had with the high stepping Irish dancer. She with the long legs and short green dress. Erhem - had he forgotten something? He thought for a moment. Shook his head with a confused look, Youngest had to remind him........Oops!

He was about to leap up to remedy his distraction when the lights went down, the band returned and the long legs and short dress stepped forward and enchanted us all with her foot tapping dancing - I forgave him.

What a lovely evening! (bar the extreme parched thirst I had (not really)) 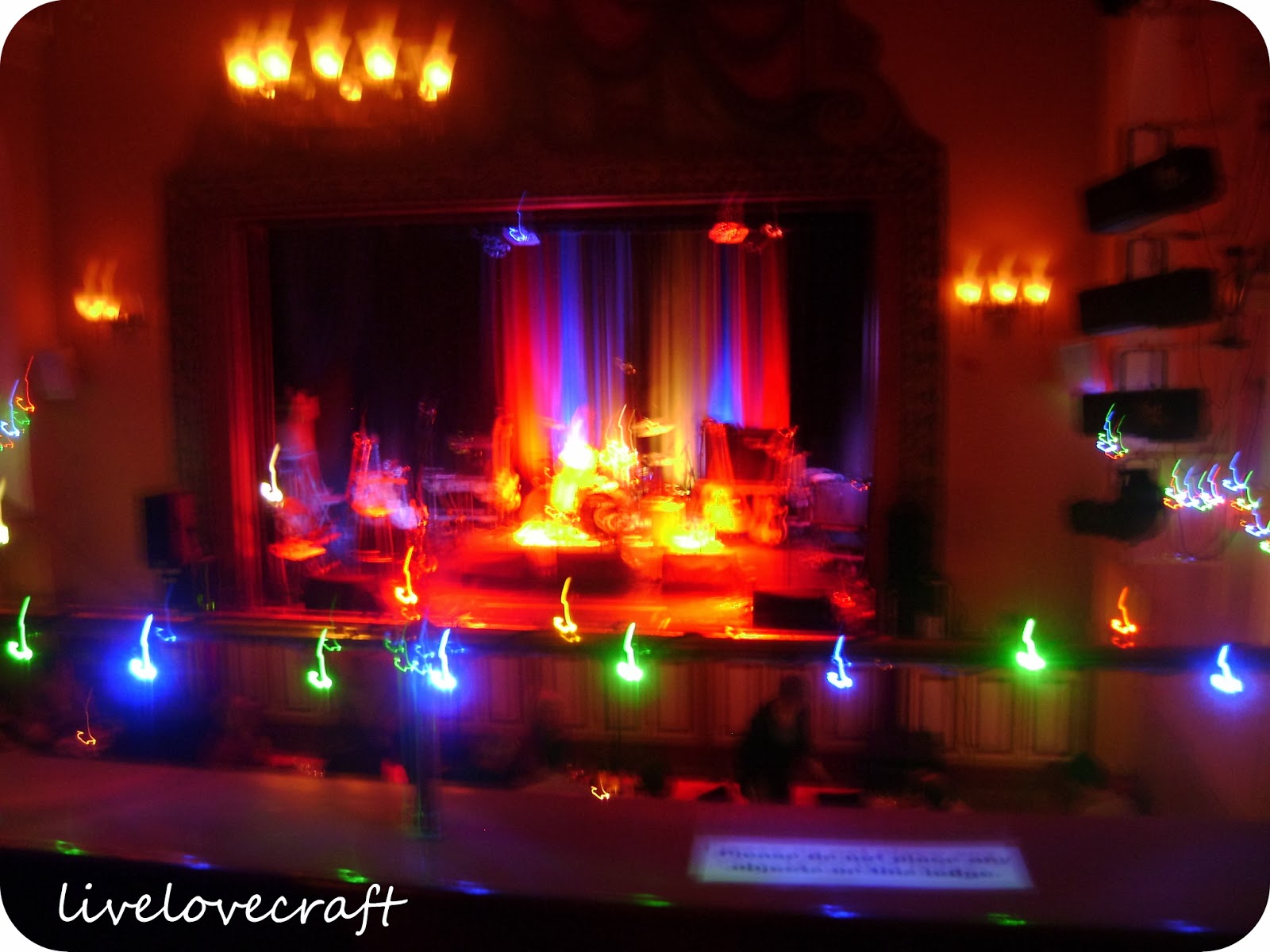