Conversations whilst walking.... especially with teenage lads can be (how can I put this) rather random. 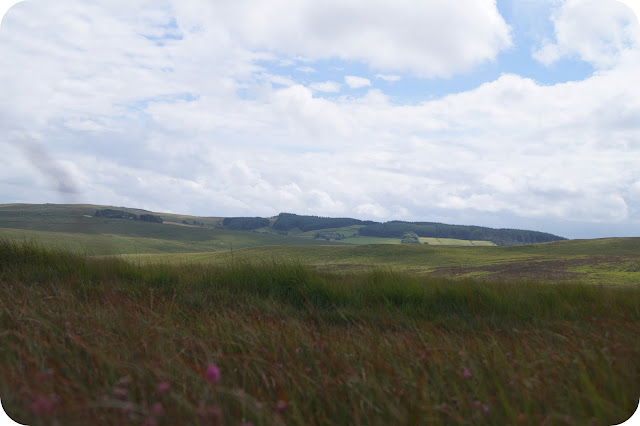 Story 1.
Today we were out and about yomping across some soggy moorland hillside, the wind was quite strong and it was flipping and flapping my hair around. By the time we'd traversed the lump of a hill and dropped into a relatively sheltered village ... this snippet of conversation occurred. 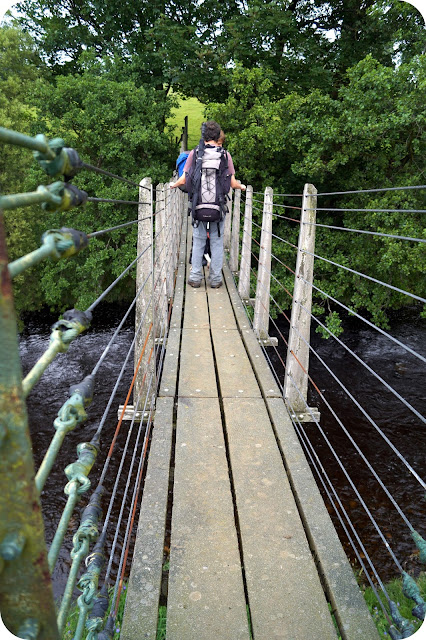 Youngest (to Eldest): 'Mum has warrior hair'
Both boys turn round to look.
Me (flattered and with romanticised visions of flame haired Celtic warrior queens) said: 'like Boudicca you mean?'
Youngest (deadpan and with teenage honesty): 'Nah, it's coz it's fuzzy and all over the place'
(loud crushing mental picture inside of head occurs). 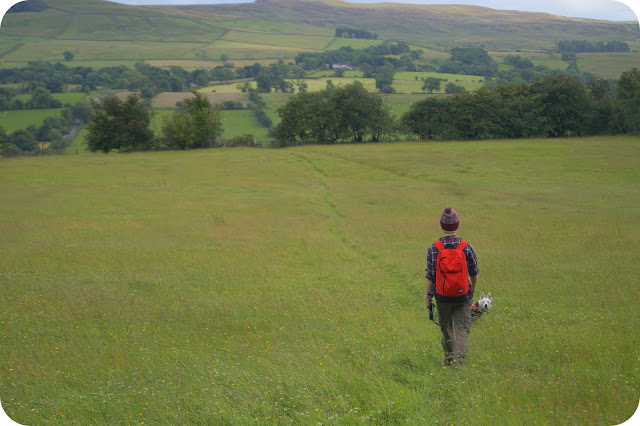 Story 2.
We approached a rather large field with a sizeable herd of beef cows and calves. I used to be fine walking through this sort of scene until our previous dog was charged at and headbutted by an angry and protective cow and at the same time as the herd's bull followed Himself very closely for the full length of the field with his nose within snorting distance of his back ... I am a lot more wary now.

So when I see a field full of large beef beasties - I can feel my toes curl in my boots and my hackles rise. We entered the field and were immediately confronted by a number of cows, we made the usual farmery shooing noises at the animals which set them off and as they did, they collected up the rest of the herd in a massing gallop around us.

We formed a protective four square block so we could watch each other's back, continuing along making firm and farmery-style whistles and loud 'phfssssshhhing' sounds as we carried on. The cows bellowed and hollered for their calves at an alarming level and the calves responded by cantering round with their tails up. I was very relieved when we reached the far side of the field and climbed over the style.

You could still hear the cows roaring and bawling as we crossed several fields and when we found a cute little bridge and stream we stopped for a rest.  After a while the mooing seemed to fade and then stop. I was sipping my tea when the sound started again and as I started to wonder if some other poor walker was being subjected to their bellowing, when I realised it was a motor bike coming down the lane, Himself also had thought it was the cows starting up and mentioned their bellowing ... with a smug grin I replied 'Not so much  a cow a-mooing more like a cow-a-saki (Kawasaki) motorbike' .
Himself just rolled his eyes. 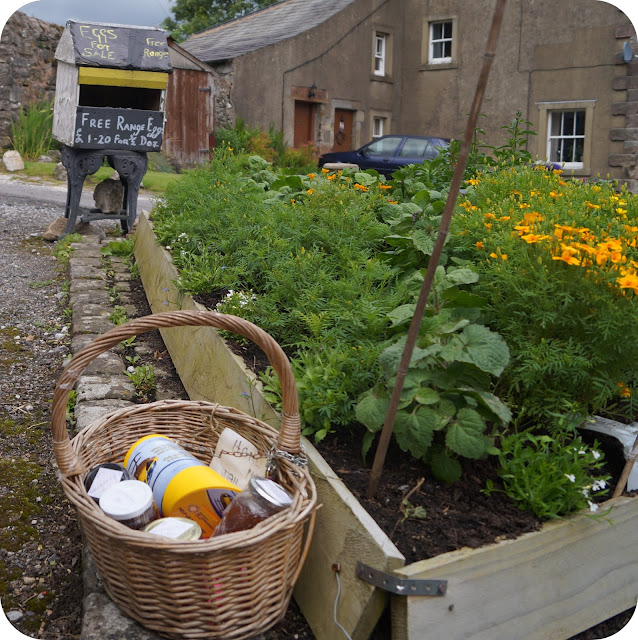 Story 3.
Just before we reached the car we pootled through a village - a sleepy affluent little place - passing several houses selling hen and duck eggs. We spied a number of both types of bird around the green being busy doing what hens and ducks do. As we left the village one of the boys spotted a duck hidden in a flower bed sitting on a nest. I said she was 'nesting' and Eldest replied that he thought she was 'hanging round corners selling drugs to the other ducks' to which Youngest quickly replied ...'Is she selling quack?' 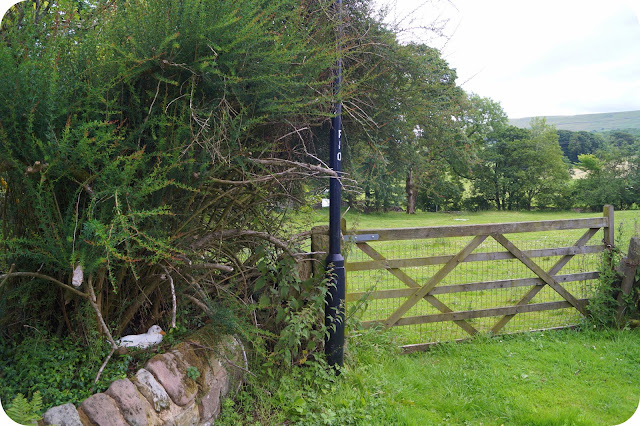 Other things happened - like deep gelatinous mud, sharp showers which had us scurrying for shelter or hunkering down against walls, an electric fence that zapped Eldest and the dog so hard they both yelped and leapt at least 10 foot in one bound. There were bridges a-plenty and lots of puddles, long rolling fields, big sky and large hills - I am tired but it is a good tired :)

Oh yes - I entered a 'novelty veg' competition for fun - PHOTO HERE - John writes a blog I follow and find greatly entertaining, he also is involved in his local village show and runs a photo competition for fruit and veg animals, open to the any one, so for fun I have entered. He needs a few more entries, if you fancy joining in - I am sure he would be delighted :)