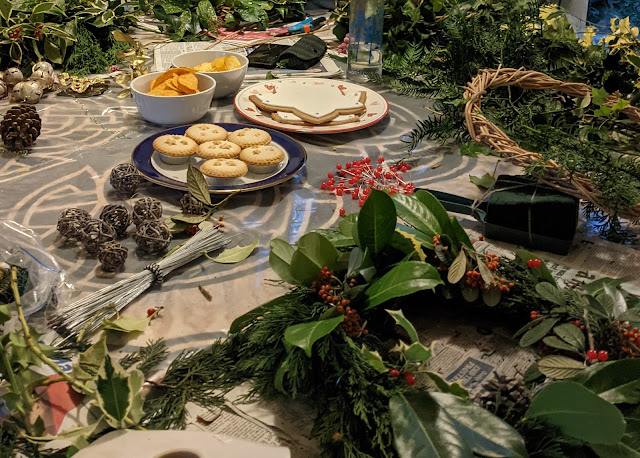 The house has been full of voices the last couple of days with the boys and their girls joining us for our annual wreath making day - it was non existent in 2020 and this year it had been downsized to just a bare minimum of family and special friends; to be able to have a small part of our yearly tradition felt rather special. 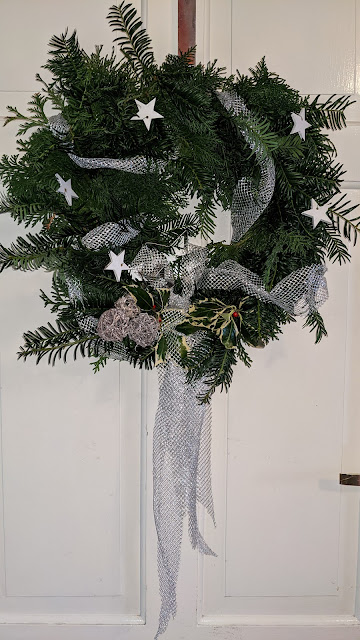 With quite a few folk not joining us, I was busy making a number of wreaths - which I have to admit was rather hard to rustle up the enthusiasm I usually have - it seems I have made so many this year that the novelty has well and truly run its course... I also wanted this to be a lovely day because last year was .... well - last year didn't really happen, did it? 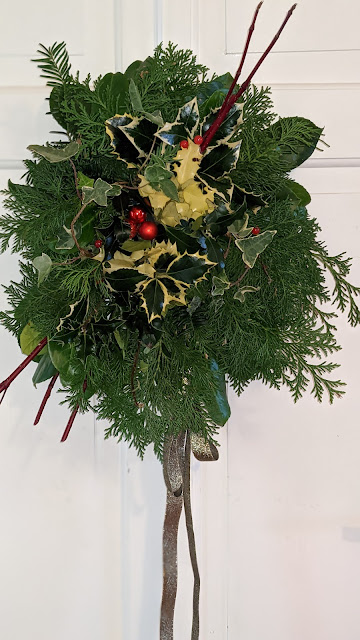 However after several mugs of tea, mince pies, gingerbread cake, gingerbread, lots of catching up and a constant background serenading of festive songs - I got there in the end! 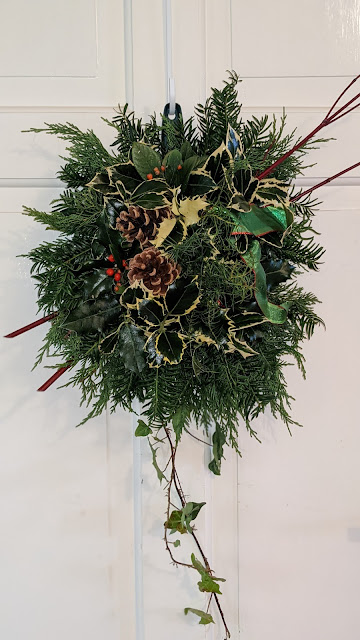 Another very special part of this day is the arrival of a gingerbread chrimbly tree - where squeaks of delight and oohs and aahs of appreciation could be heard as it landed in the centre of the table with a flourish! 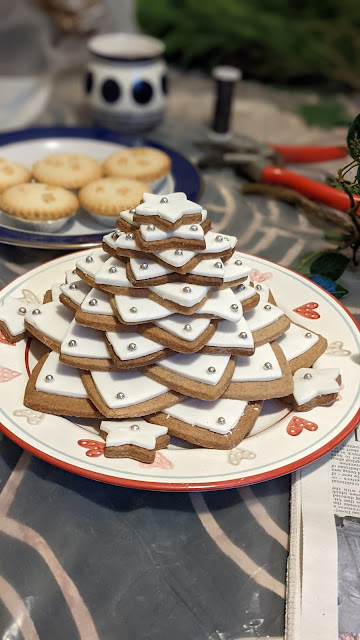 It is this plate of tasty sculpture that really makes me feel like the festive season has begun. And what makes it even more special is, it is part of my boys festive build up and and once they'd grown up and brought home their girlfriends - they delighted in sharing this tradition with them too. It also amazes me how quickly this plate of biscuits are scoffed - with the larger pieces being torn into large chunks and carried off triumphantly! 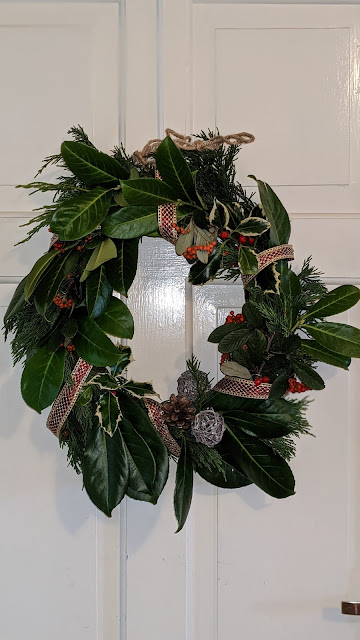 Nearly all of us had more that one wreath to make and if I have my calculations correct - I think, by the end of the day there were  15 or 16 made - so we were rather busy! 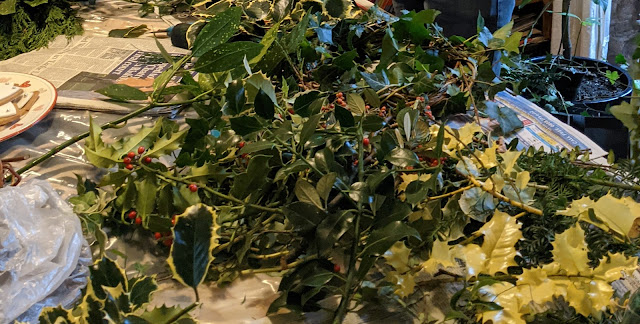 The pile of greenery both on the table and beneath it certainly looked impressive however I had to ask Himself to brave the dreadful weather outside and gather more as we soon depleted it. 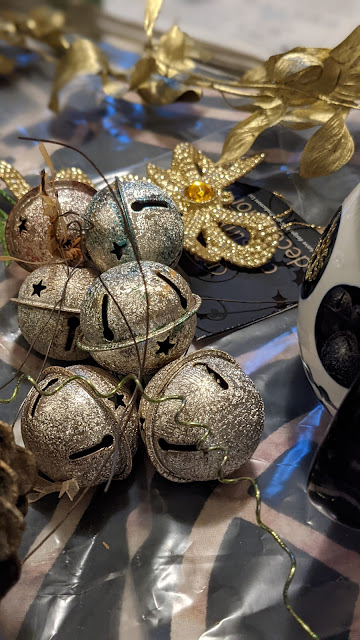 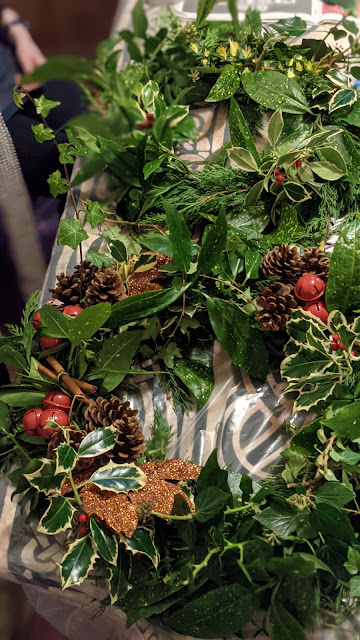 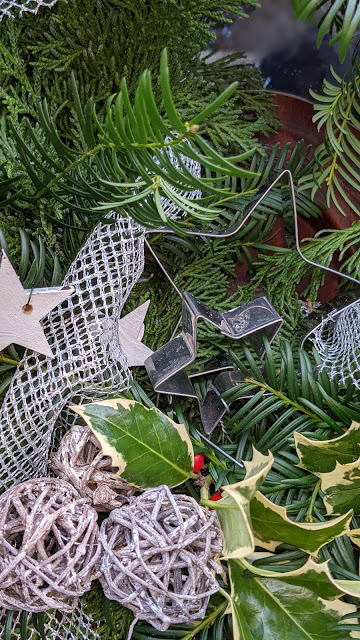 In the evening, after all had gone, we sat quietly recovering around the fire, Youngest and his Girl quietly finishing off their wreaths, Eldest and his Girl reading on the settee and the weather howling around the house in a foul temper - I decided that despite this year's wreath day's build up being quite hard work - it was worth it - really worth it x
at December 05, 2021