Thank you for your comments, it is lovely to hear from you - thanks for popping in despite my lack of posts. 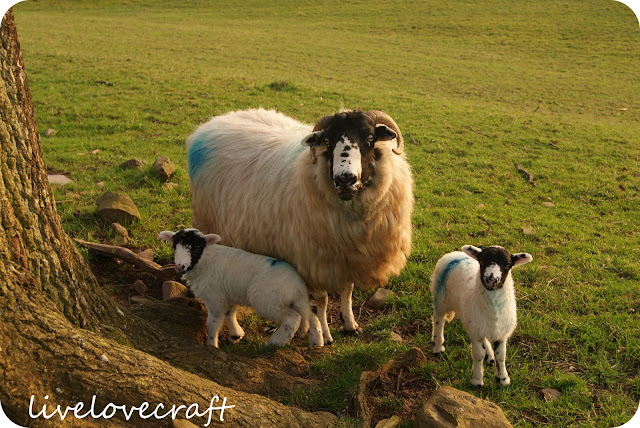 I never thought that returning to veterinary work that I would have to learn a new language.

Not one that you would instantly think of - not Latin medical terms or complicated medication classifications, nope - its more of the local linguistic nature of a dialect.

For example....The other day a crusty old farmer with a ratty flat cap and cowclap (1) covered boots came in and scratched the back of his heed (2) and asked for a bottle of rattlebelly tablets te tret wattery mouth(3).  He had also lost some yows (4) from twinlamb (5) and needed summat fer'em(6). He moaned at length about his last lammin which had pikked (7).

Well how about the case of the cows with bottle jaw?(10) or the farm that allus gets bad fluke at the back end (11) {ooh errr}

Every now and then a whole gaggle of farming folk land at the surgery. Some with sheep for caesarian,  others with shopping lists written on the back of their hands, on ratty bits of paper or listed in their heads. They are by the very nature of their work, solitary creatures, but at gatherings they talk long and loud, they laugh and back slap, they commiserate and congratulate as the vet pulls out a costly dead lamb or a live bleating breakeven lamb.

Some earthy farmers leave a lingering reminder of their presence. Stinky clods of muck on the floor with an enduring essence of animal dung. Others - the gentlemen farmers - come in their lightly pressed coffee coloured cords and wax jerkins.....and clean boots and clean fingers. Do they do any real work?

I have to listen hard, really hard to hear what they say - but each day I understand a little more and remember faces and names a little quicker. I've been there 3 months and 'flippin'eck I am as 'appy as a pig in muck'


1 Cow manure
2 Head
3 bottle of oxytetracyline tablets to treat scours in lambs - a disease caused by e-coli
4 ewes
5 the ewe suffers pregnancy toxaemia if she has not had sufficient energy during pregnancy and her foetus drains her of her supply - can lead to death if she is not treated quickly
6 'something for them'
7 his last lambing turned out to be an abortion
8 Cows with 'lingers' are cows with a cough that has lingered on.............
9 She had been mated.
10 Bottle jaw - a huge jowly swelling below the jaw line of cows caused by Johne's disease (a nasty intestinal disease that can lead to death if not treated)
11The farm 'always gets fluke (nasty parasite that lodges happily in the liver - not fussy who's, sheep, cows, humans......) in autumn.
12. 'Now then' and 'I see you' - both informal greetings - the modern equivalent would be 'hiya'
**farmer's lad - they can be as young as a spotty squeaky voiced teenager right up to an old codger with bandy legs and one tooth - if they work for the farmer then they are 'the farmer's lad'


Did I tell you I love my job?