Remember those basil and cheese breads?

The eating of those breads in sunshine - what better way to spend a Sunday? 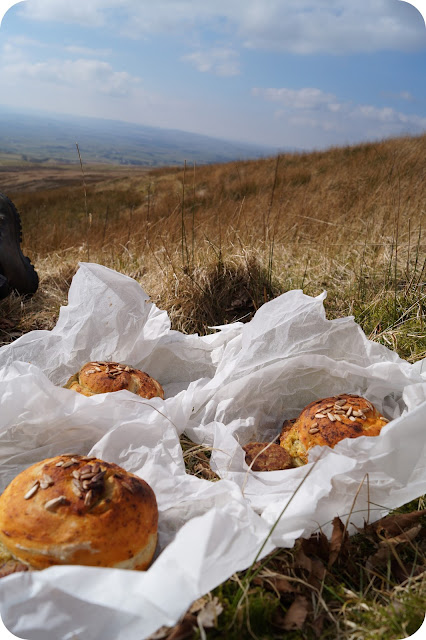 What a lovely day - the sun was warm (the breeze a little chilly!) and the views sublime. Having parked up we wrapped up warmly and set off up on to the moors, following rough grassy tracks through limestone ridges and tussocky pastures. 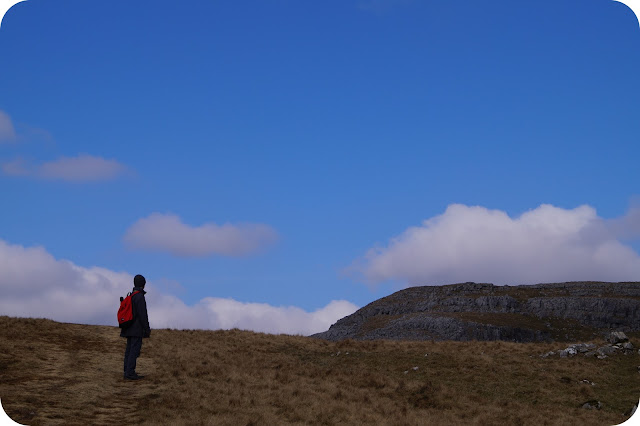 The terrain we walked through had many huge balancing rocks which were fascinating and strange 'beings'. Perched on smaller rock they appeared weightless and floating. They're not glacial erratics as they are the same rock as the surrounding terrain, however they must have been lifted by glacial action from further up the valley and deposited here as the ice melted. True erratics would have been of differing rock. 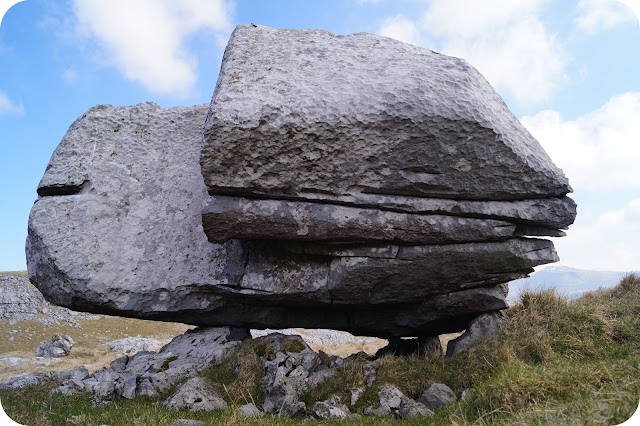 Ingleborough - still with slabs of snow on it's tops. 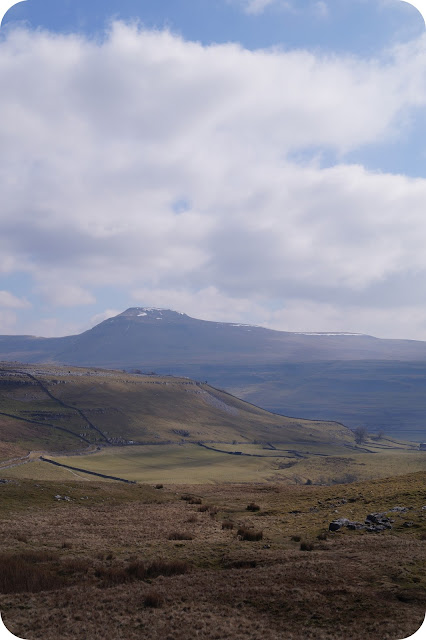 In the far distance is Marble Steps Pot - indicated by that very small triangular shaped woodland on the horizon - we were heading there. 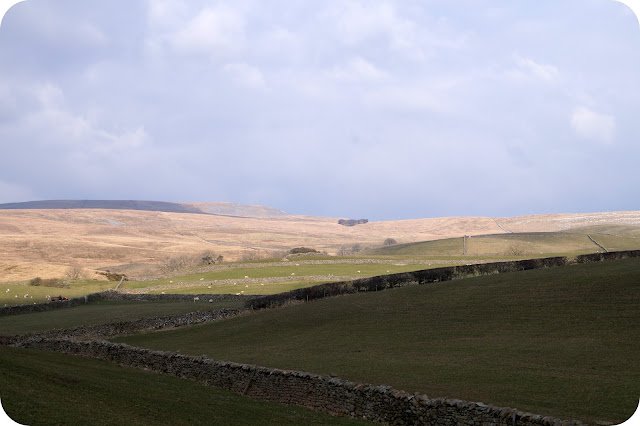 As were approached, it felt odd. The clump of trees seemed to act as both marker and shield for what we where about to discover... 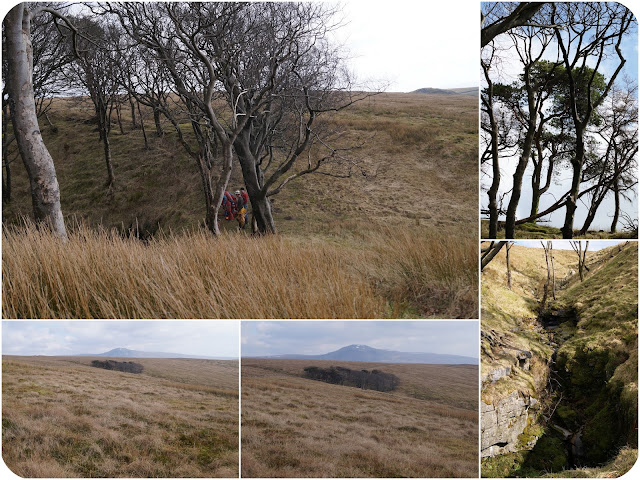 ...Marble Steps Pot. A limestone cave system which goes down to a depth of over 400 feet below ground. Himself and the boys went down as far as the sunlight could reach then vanished from view. 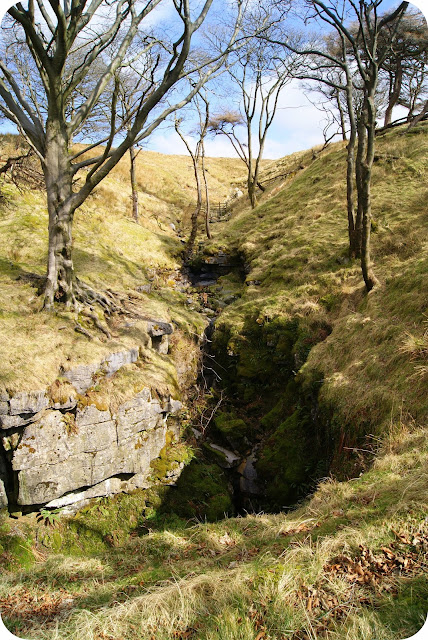 Not me -*shudder* I do not do underground *double shudder*. I have marked where Himself is, and he continued down until he disappeared into the dark tunnels. 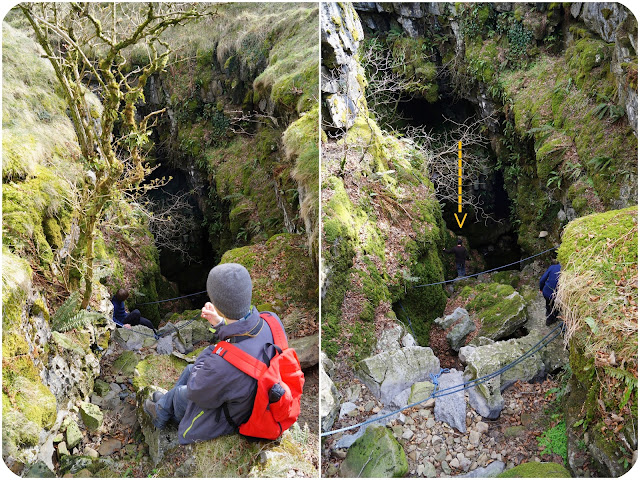 Fortunately all three re-emerged into the sunlight and I could breathe easily again. We left just as a group of potholers arrived, togged up in hard hats and roped together ready to explore the murky depths.
No - I'll stay in the sunshine thank you muchly! 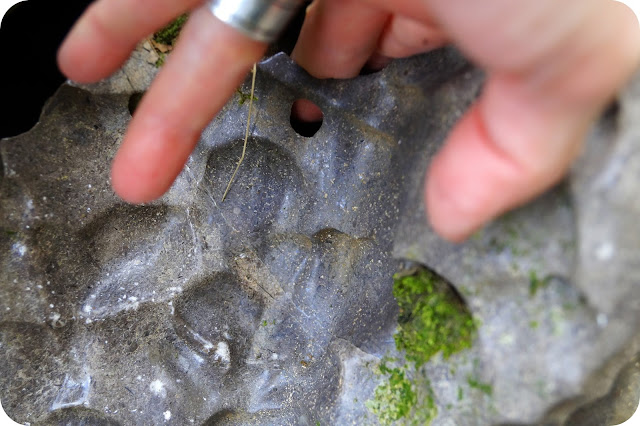 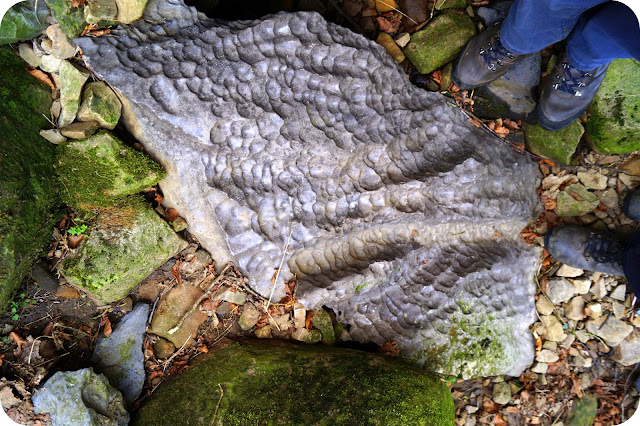 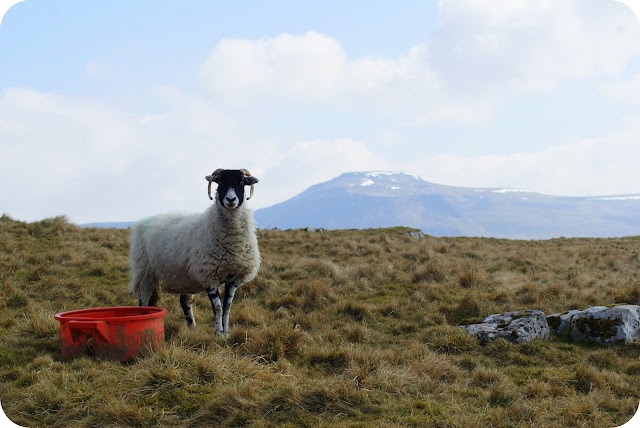 Up and over a tussocky and sheep covered dale and down into a valley where another pot hole was explored - what is it about boys and deep holes that make their mother's chew their finger nails to the bone!? 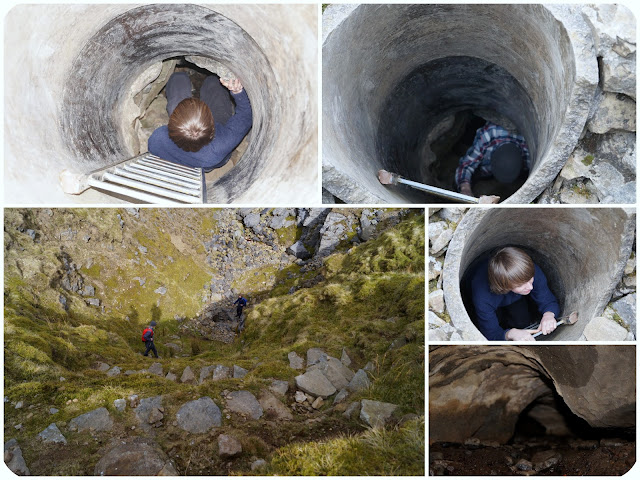 To keep my heart still and my hands busy. I concentrated on my knitting - which although a simple pattern needed me to count and think and not notice as the earth swallowed my children up without even thinking. 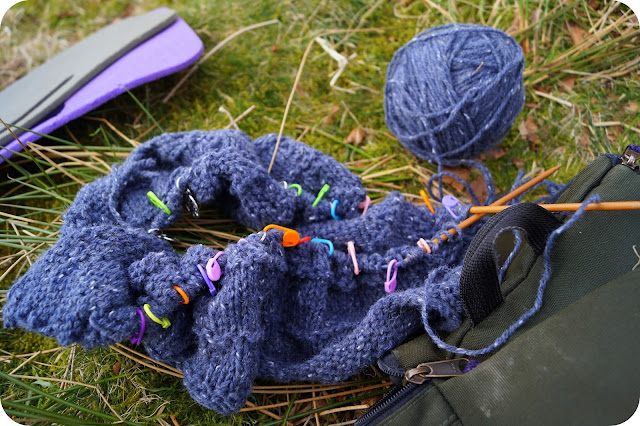 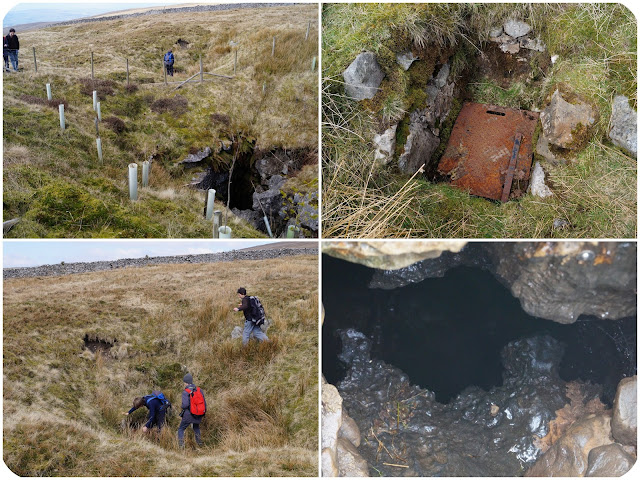 The final gem, after walking for some miles, was this unassuming little shepherd's hut. Which, on closer inspection revealed a small red sandstone arch quietly sheltering within. 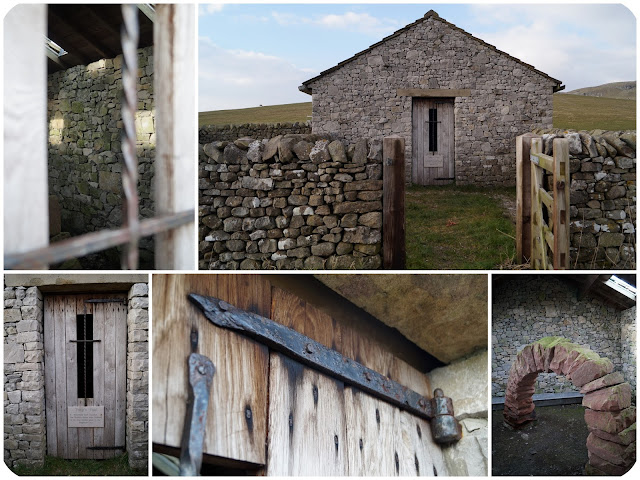 When I sat down in the car and removed my boots, I felt both a sense of relief at the end of the walk and a sense of satisfaction and enjoyment from our day out. I was tired but it was a good tired!
at March 22, 2016