Last week, an artist friend and I spent a lovely several hours with a walking group as part of the Pendle Hill Project, a funded action project to bring people into contact with the landscape, re-training ancient skills, walking old boundaries, introducing the environment to newbies and reminding folk how to re-learn to love 'local'. 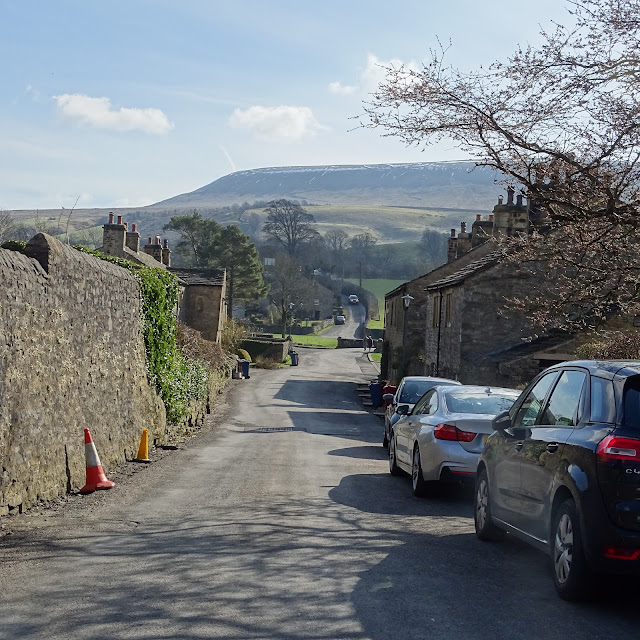 My friend invited me to go along with him as he had been a regular (only recently returning after a couple of major illnesses) as he knows I love history and walking. I took my camera (and sketch book of course!) 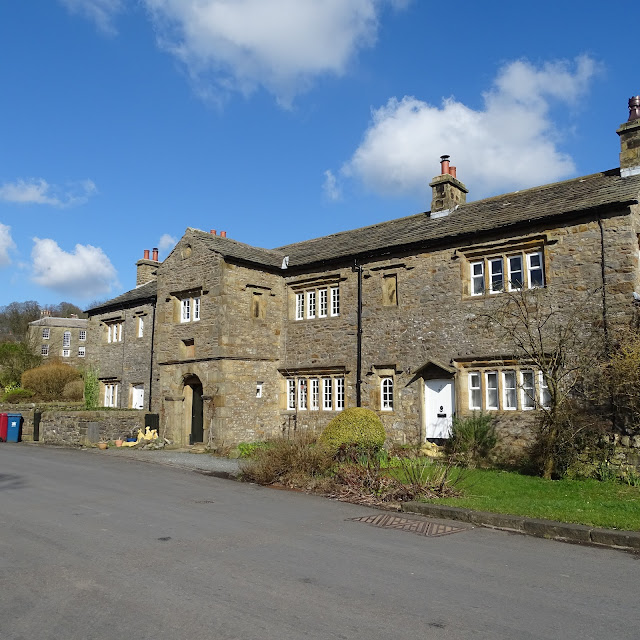 And joy of joys - the sun came too :) it was one of the nicest sunniest days we have had in aaaaaaages! 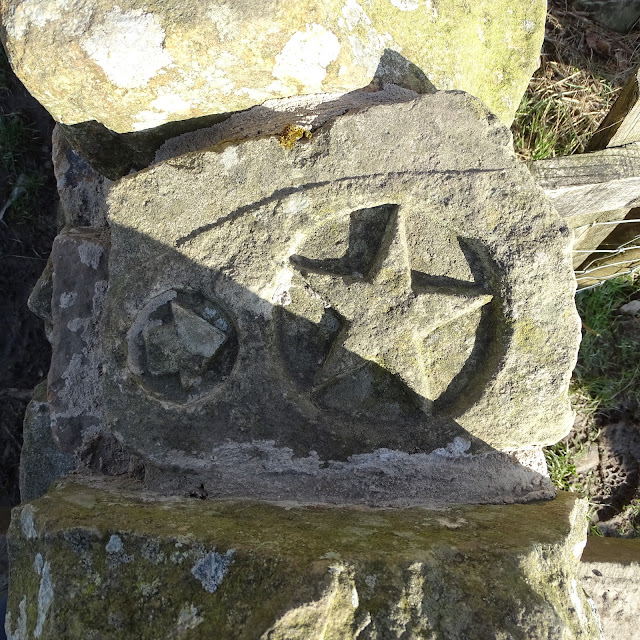 We walked with a couple of community rangers and a number of folk from a broad spectrum of life. The group soon spread out into smaller clusters, nattering and chatting as we followed an ancient boundary system with modern touches. 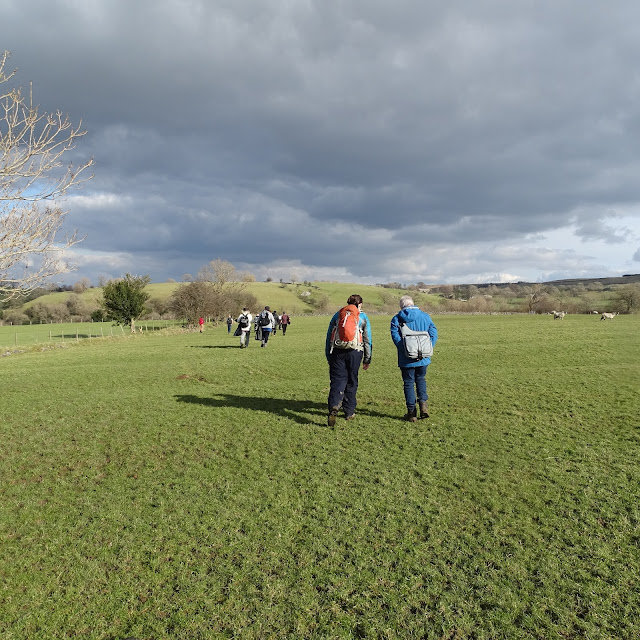 The village itself is full of wonderfully old buildings and has been used as a location for a television series. The houses are quite inspiring to sketch.

Both my arty friend and I spent a time drawing and taking photos for inspiration a bit later. 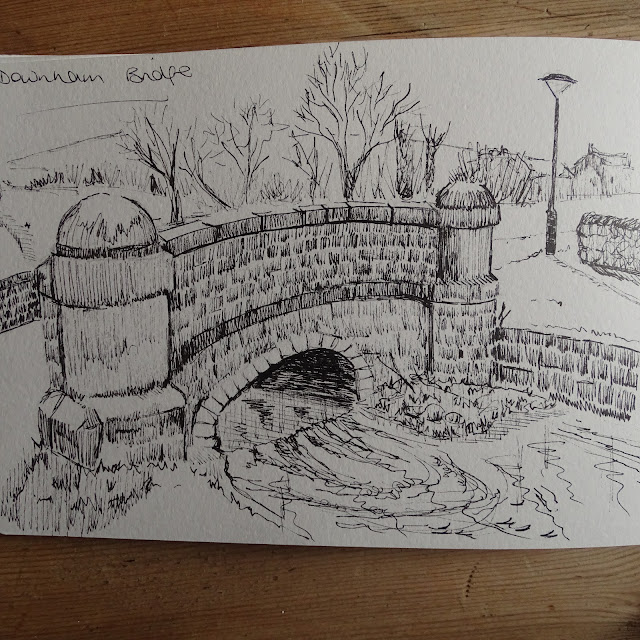 Although early in the season we were delighted to hear lapwings and curlews and their hauntingly evocative moorland cries. A sound that gives me such pleasure as it means that summer is on it's way. 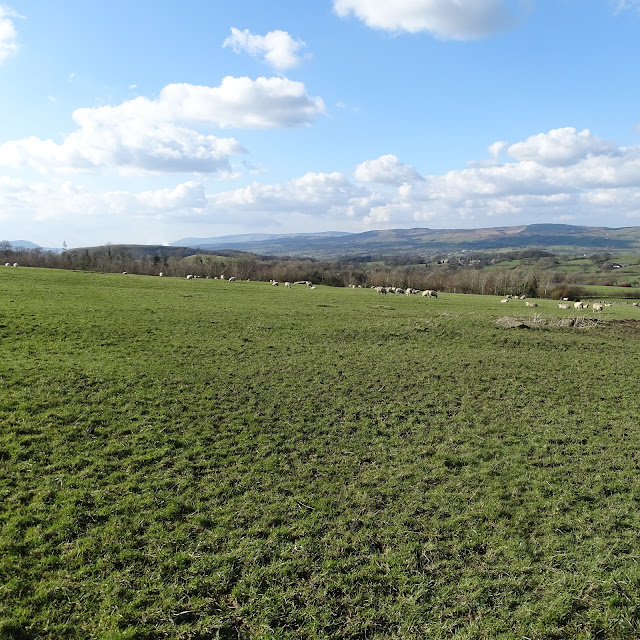 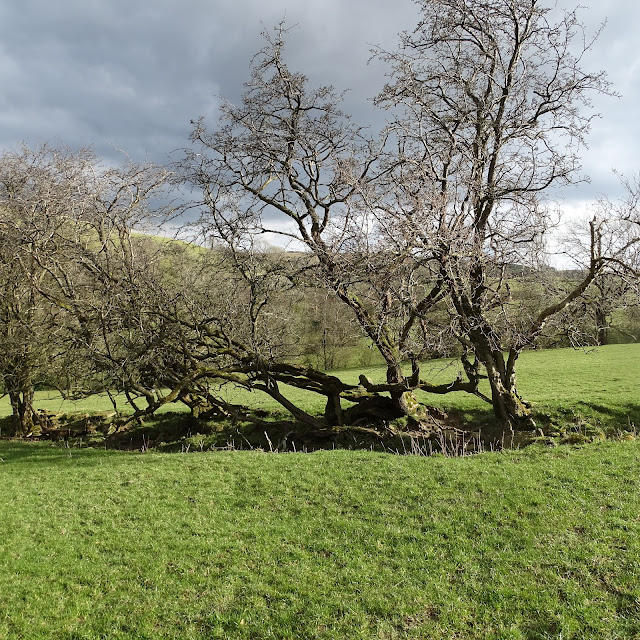 Along the way we spotted some rather gloriously chubby toads - a bright yellow and deliciously russet brown one, which I gave a helping hand away from the road. 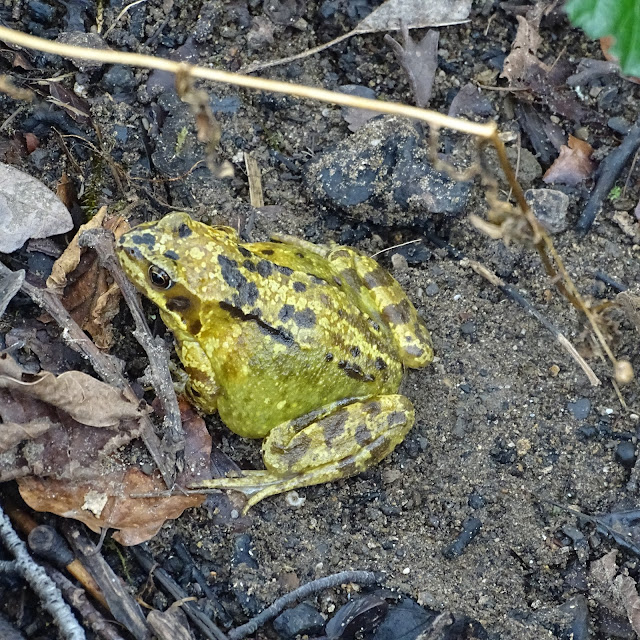 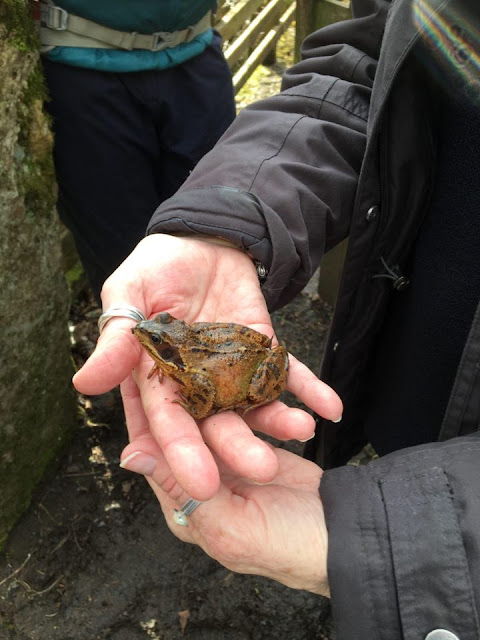 I could not resist a 'selfie'with my little buddy and we had a chuckle taking this photo. 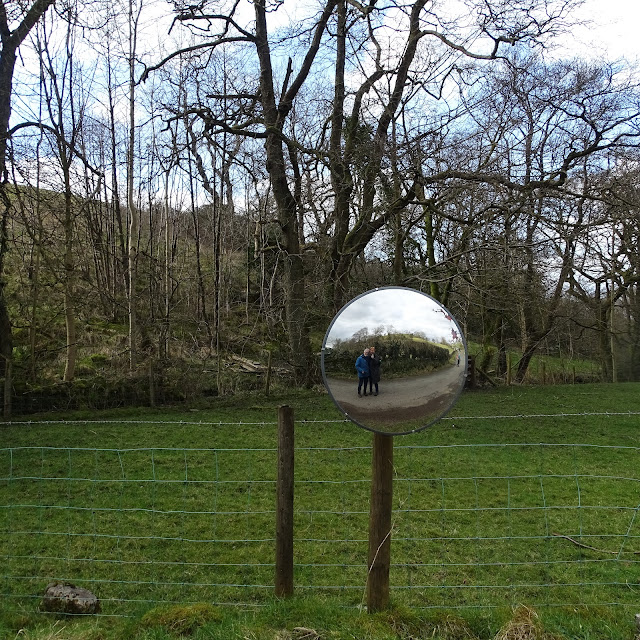 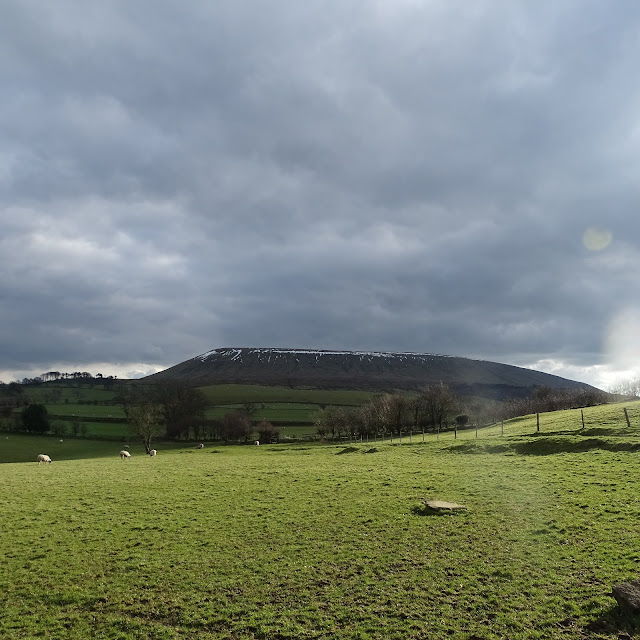 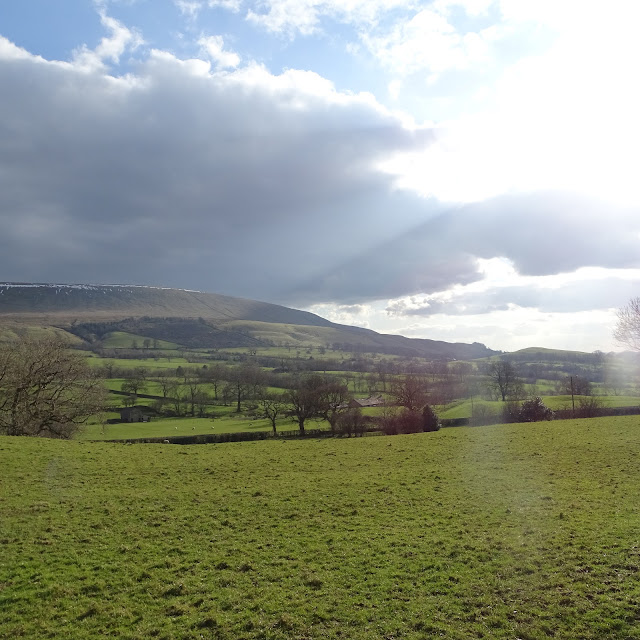 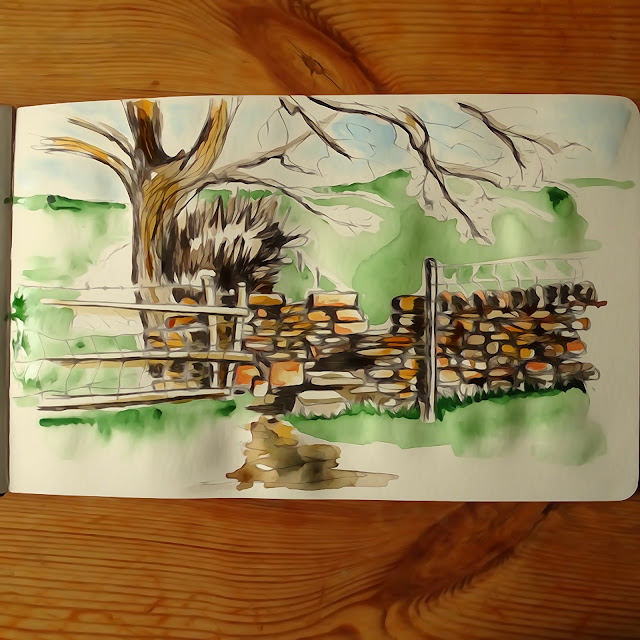 Nearly five miles later, tired but rather happy, we shared cheese and pickle sandwiches and coffee - a rather good day out!  Did I mention the sun shone?? Well it did!