Now. Before I start, in my defence I will say the following..


Hang on a mo - are these statements my DEFENCE??

Having started on Himself's Skepp-o-hoj, I completed the front and the back and stopped with both pieces resting on a set circular needles. They need to be picked up again once I reach the top of each sleeve. There is a little bit of an interesting meeting of the pieces on the shoulders, but like all my knitting adventures - I will deal with that when I get there. 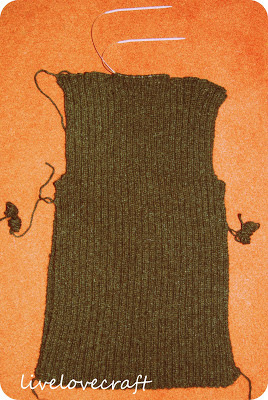 The knitting of the sleeves was turning out to be problematic. Firstly - the instructions were a little lost in the translation. Several times. Then having sorted out the initial casting on and setting up the cables, I realised something rather profound.

I CAN'T DO CABLES. 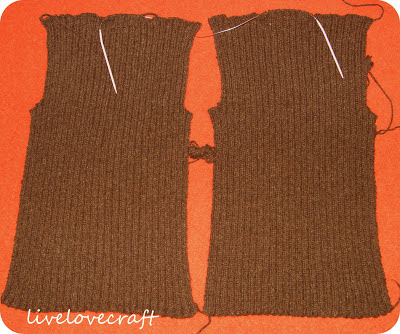 Well, I can but only one pattern. So having frogged back the sleeve several times, I decided to try the pattern I know. Which, if I had though about it, was not a good idea.
Here I am, a novice knitwit trying to re-write a pattern to fit a differently numbered cable pattern whilst trying to translate the increases so that they do not alter the cables or the P2 K2 ridges in an unsightly manner.

I ditched the cable idea. 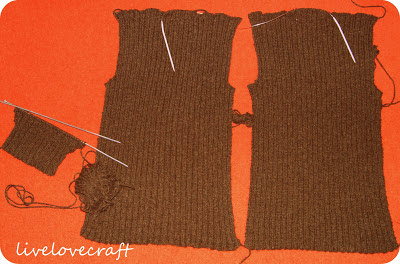 Nope, I decided, the P2K2 ridges are a powerful manly pattern and do not need the cable up the arm (gentle sobbing could be heard in the back of my head as I let that idea down). My mom lent me an all singing all dancing all generic knitting pattern so I could have the instructions in English, where it gives the number to cast on, the rows to do before increasing and the eventual width at the top of the sleeve. This seemed to be the answer at last!

Off I started again, cast on the correct number of stitches. Happily knitted up a cuff's length then referred back to the pattern. Eeerr. Hmmm. I read the words which instantly turned in to a foreign language. I increased the sleeve as I thought I had been instructed. Hmmmm definitely did not look correct. I re-read the instructions and they still seemed to say the same thing. So, hey ho, I blithely carried on for several rows more. By now I could see this was not not not correct.

The sound of frantic frogging and foul language was quite noticeable for about 10 minutes.   This was followed by the hurling of naked knitting needles and a ball of curly wool back onto my desk. Humph.

The instructions to increase were for stocking stitch but I have such an obvious rib pattern, I just could not see how to increase without either making the sleeves suddenly baggy from the cuff or by adding a silly extra rib in the middle of an existing pattern - sigh..... how on earth did I ever think I liked knitting....grumphff.

Several days passed. I had managed to avoid making eye contact with the ball of disgraced crimped wool but it finally called to me and I started again. This time, making sure we were in a neutral environment (out walking) my knitting and I became reacquainted. I cast on and during the walk completed a cuff's length and put it aside to ask the knit and natter ladies last night - surely they'd know how to increase my sleeve without upsetting the strong vertical stripes. 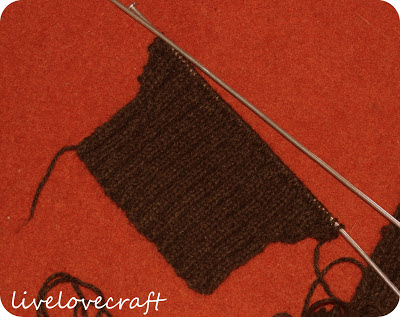 Later at knit and natter, with much chocolate cake and tea to soothe the knitting nerves (will post about the cake and tea another day) I explained my dilemma.

Oh the response! All offered advice and explained how they would do it and initially it was if they were all speaking a foreign language and then eventually I began to understand and it was if a lightbulb had just been switched on inside my foggy brain (reason for that to be blogged with cake and tea post).  *Simples (click)*

I started knitting again - oh sweet knitting how could I have fallen out of love with you?

Now I have a sleeve (sans cable) being increased (rib pattern intact) with knitting nerves no longer feeling as crumpled as my many-frogged wool - smile.