A quick and easy How To.

We bought a wonderful preloved pine table and four chairs a little while back. The seats came with their own padded cushions, which - while acceptable and kept us (well our bottoms) comfortable, their covers were not really our style and the colours didn't do anything for me. It took me a fair time to actually find something I liked so until I did, we used the original seatpads.

For some reason, Youngest's cushion kept being torn away from the ribbons holding it to the chair. A number of repair jobs were needed. Then Eldest cushion went by the same way - the chair spindles kept the ribbon tie and the cushion was torn off.

When I finally found some new cushions that ticked all the boxes, they were duly ordered and when they arrived in the post I danced around with glee (which caused alarm initially then amusement as the parcel had arrived at work and my colleagues were not expecting my reactions) Triumphantly I took them home, removed the original seat pads, tied the new cushions on to the spindles and stood back feeling rather smug.....until less than a week later, Youngest leapt up from his seat only to find that some how he'd ripped off BOTH ribbons and his cushion went flying.

I was horrified! MY NEW CUSHIONS!!

Later the same day, I watched as Himself sat down and I saw what the problem was.  By tying the cushions to the chairs - each time some one sat down, the ribbons were pulled tight and the stitches were straining. Repeated getting up and down (and as those who know my Youngest - he is not one to sit still) eventually puts the stitches through such stress that they give up and the ribbon becomes unattached.

A cunning plan was needed - now this is where the How To finally come in.

How To - make no-more-tear-ties for seat pad cushions 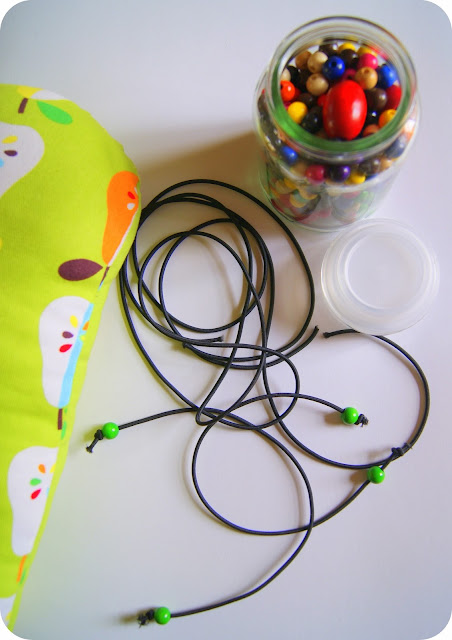 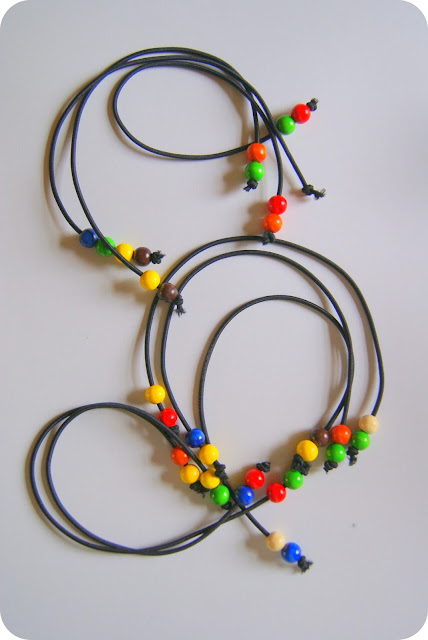 Cut the cord (I had originally purchased 2 metres) into equal lengths,
thread on beads and knot the ends tightly. 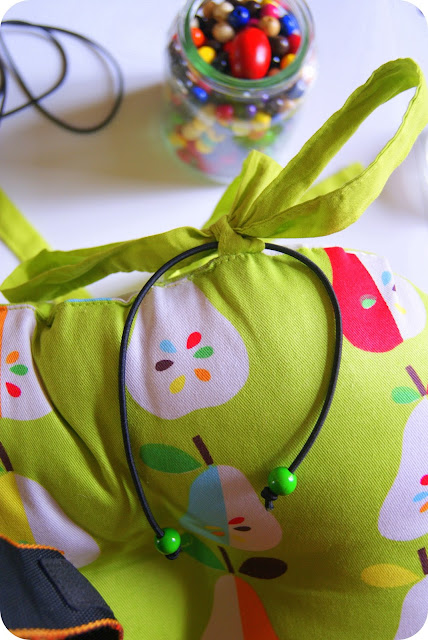 Tie the elasticated cord to the cushion using the ribbons,
finishing with a bow. 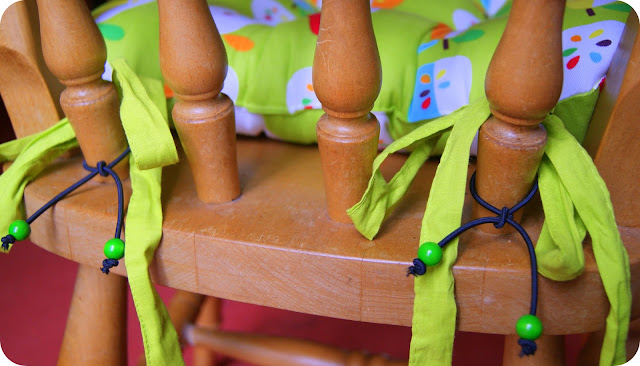 Then, place your cushion on the chair,
tie the elasticated cord to a spindle and arrange your ribbons. 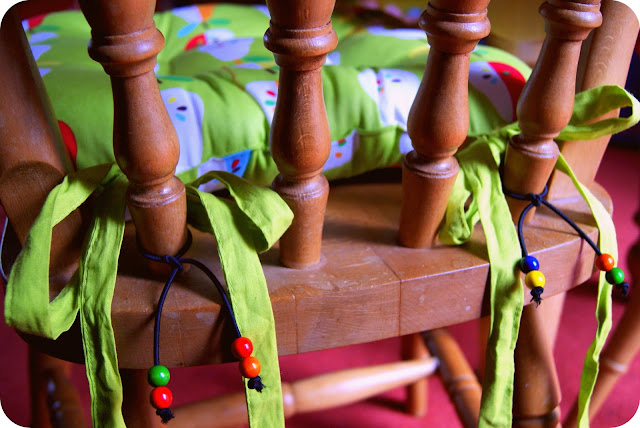 Having made the first set, I decided to add more beads,
using the colours of the fabric to influence my bead choices.

If you use this idea  - that's brilliant, I only ask if you could link it back to this page - thank you!!

Go on - have you had a crafting moment that has saved the day?
Have you beads in your stash just waiting to be used?
And do you have a child that is a fidget-knickers?

I love hearing what you get up to!