We woke to a sunny and breezy day - heavy clouds were all around but they seemed to fly over head leaving us dry whilst over the sea thunderstorms raged on the horizon.

We planned a walk on the dramatic cliffs from St Abbs, just over the border in Scotland. We parked high above the tiny harbour which is a buzzing little industry - not with fishermen but with divers. The coast around St Abbs has a marine heritage order and for the initiated is a glorious underworld of caves and fish with wrecks and unusual stone formations. 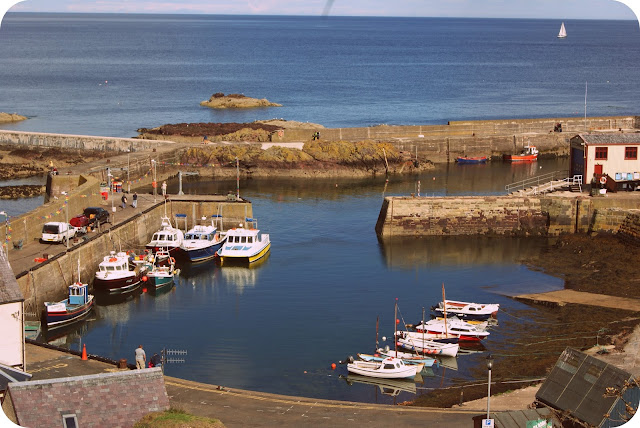 Recently (in the last year or two) a rather smart and interactive visitor's centre has opened and it is always on our visit list. One of the delights is the use of their telescope which amazes us every time at the detail we can see that by the naked eye is invisible. You can practically see the whites of the gulls' eyes on the other side of the rocky bay. 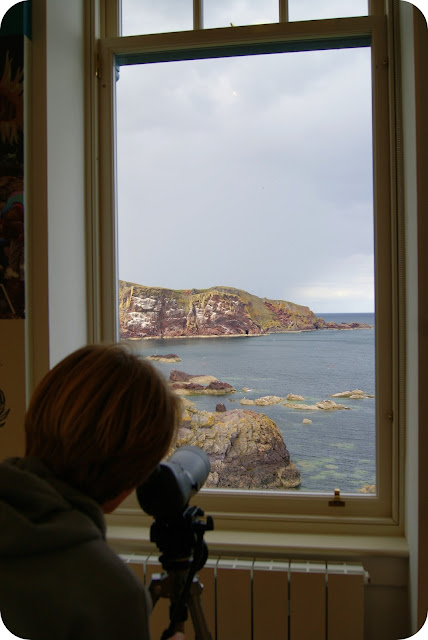 Whilst we were inside the centre, huge clouds gathered closer to shore, so we decided we'd not walk over the cliffs to the lighthouse but would have our lunch here near the harbour rather than risk a dousing on an exposed footpath. 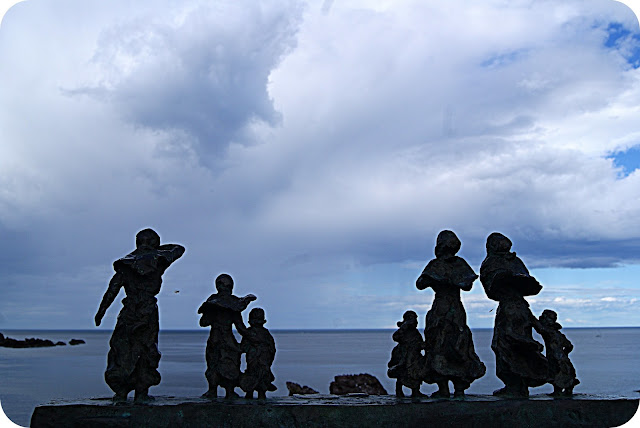 We sat in a sheltered stone built viewing area, next to a small but poignant bronze sculpture of the wives and children of sailors lost out to sea. Despite the weather, the sea looked calm and benign - in sharp contrast to the anguish it caused as portrayed in the sculpture.

The rain was now a definite threat and our plans to do a short meander down to the harbour walls were scuppered. Our lunch was swiftly eaten and a quick photo of a distant rainbow was taken as we beat a hasty retreat back to the car. 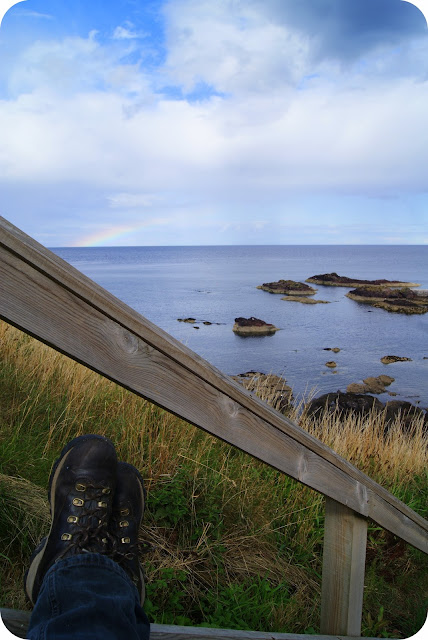 We only just made it as huge splots of rain began to fall. We drove up and away over the cliffs when Himself spied some rather wonderfully pink and spotty pigs waiting to be fed. These girls are field reared with their huts dotted about the large hillside. They grunted contentedly and watched us with very expressive eyes and the longest eyelashes you could imagine! Youngest reached over and gave one a lovely scratch on her back and she grunted in appreciation. 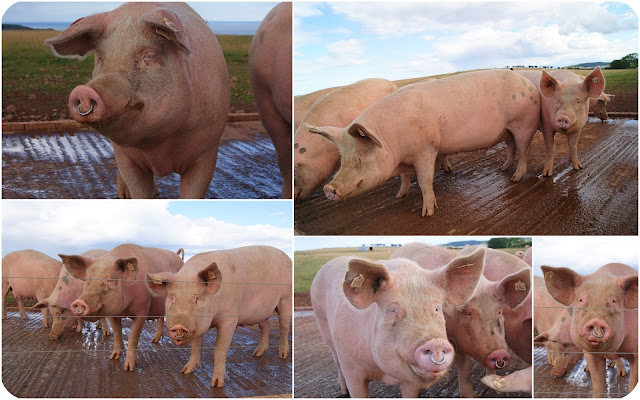 We returned to our cozy little cottage in the woods and hid from the rain.

Later, once the skies cleared and the rain returned out to the far horizon we drove back out to watch the tide recede to reveal the tidal road to Lindisfarne. What a way to end a day :) 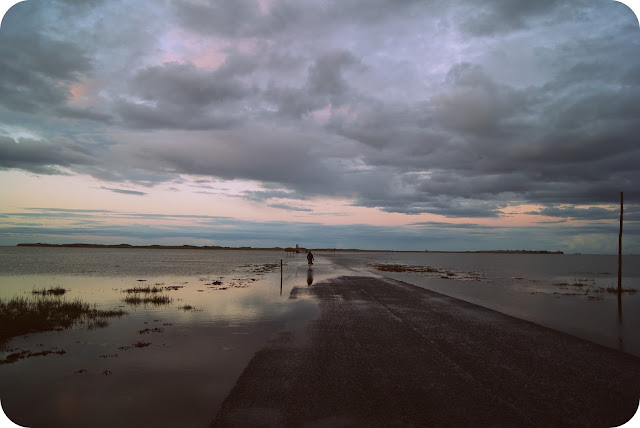 Email ThisBlogThis!Share to TwitterShare to FacebookShare to Pinterest
Labels: Himself, holiday, walking