Repairing as an act of rebellion

I hate shopping for clothes.
A.B.......S.O......L.U.T.E.L.Y  HATE shopping for clothes and up until the lockdown, I would occasionally trawl round the charity shops and if I found something I liked, regardless of the size (I tend to look for a size or two bigger than I am) I would buy it, alter it, mend it, make it mine. But that too is/was a very infrequent event. So my wardrobe is quite sparse and 'to the point' - nothing is surplus and everything has to work hard.....
Inevitably wear and tear happens. Especially in my line of work.
I decided that my sleeveless puffa needed some serious love after it was shredded by a particularly fearsome rambling rose, and I wanted the mending to full on show! 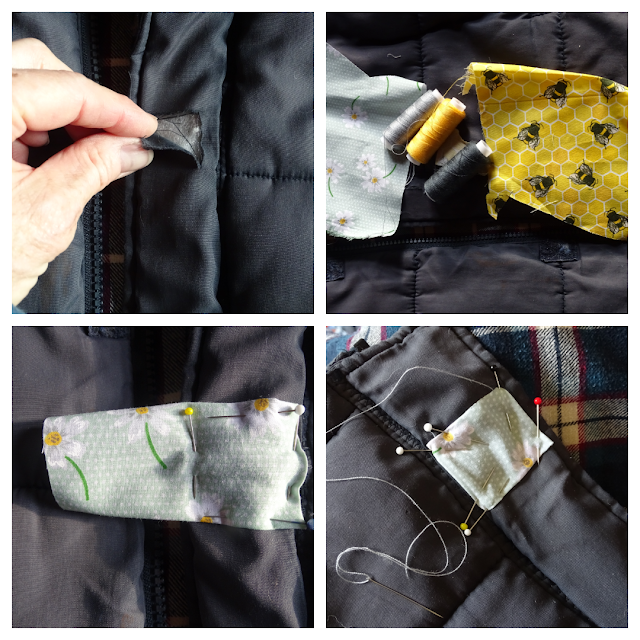 During the act of mending, I so enjoyed the process of stitching (with a nod to boro), I found it so satisfying and once I'd finished it, I loved the feel of the threads beneath my fingers. My puffa needed two patches and several small holes which were proudly filled with the brightest yellow thread I could find. 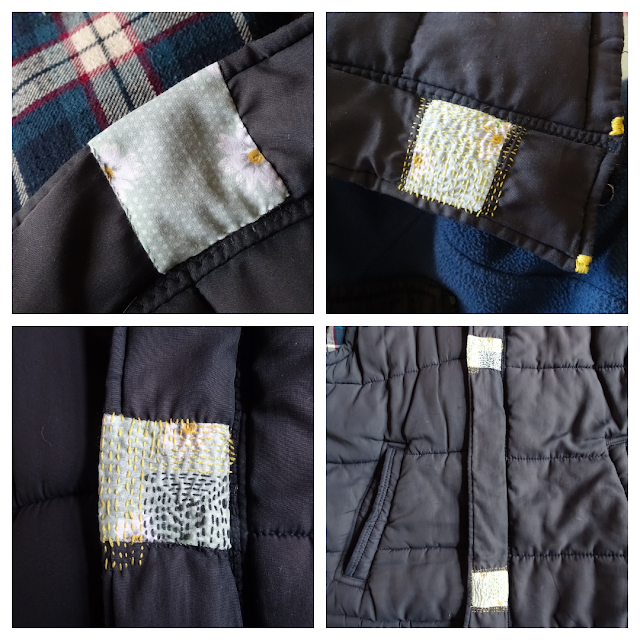 Happy?
You betcha!
Himself suddenly had a pile of socks with various 'escape routes' and just as he was about to lob them into the bin I stopped him and offered to mend them. He was more than happy to hand them over and I spent a pleasant evening mending the holes with cheerful brightly coloured thread. 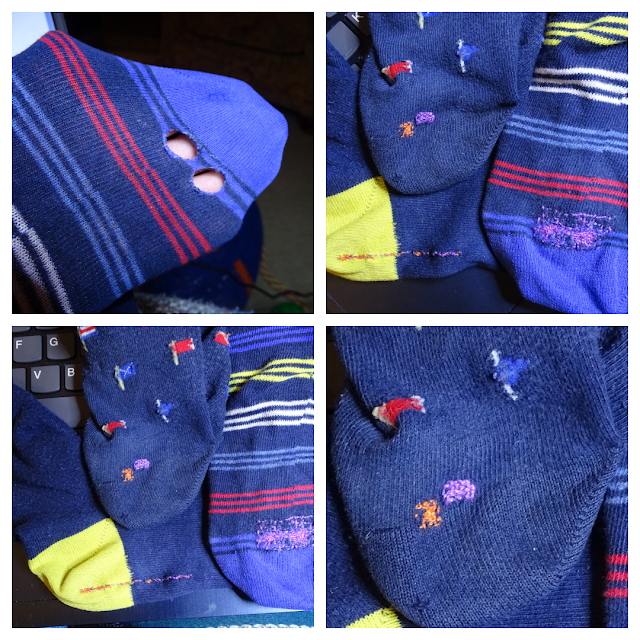 And was he happy?
Delighted!
I have a few more to sort out now, what does that man do to his socks??!
Still with Himself, last night he asked me if I could fix a glove for him. It is a thick, multi layered warm glove which has had to work hard over winter.  The outer layer of the thumb had almost come detached and in places the fabric had worn thin and threadbare. The rest of the glove and the other hand fared better, so the repair was concentrated on the thumb. 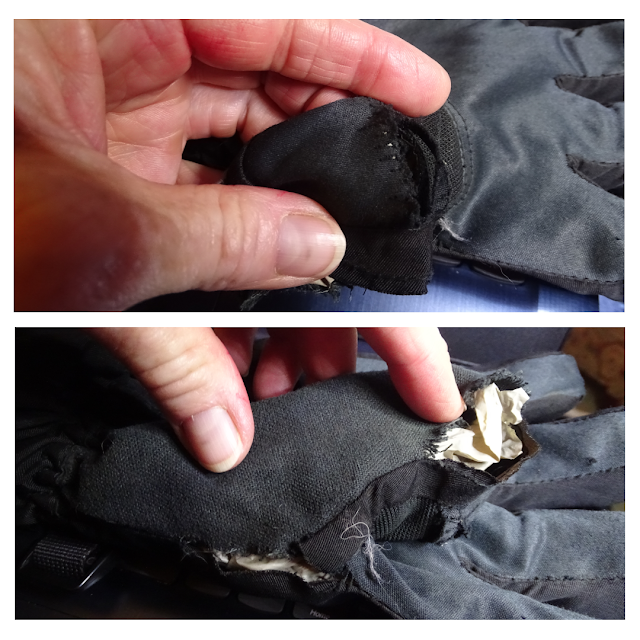 Another evening spent quietly stitching and mending. The fabric was tough and it was certainly took some oomph to sew through it. However, by the end of it - Himself has a pair of working gloves again and they will last so much longer than before. 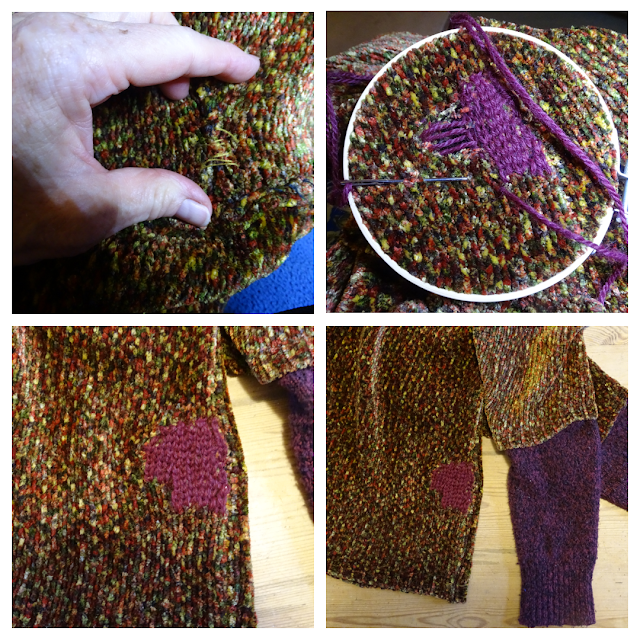 As I mentioned before, I trawl the charity shops and occasionally find a gem which I rescue and bring home. This little pullover is one such delight. It is a boutique design and if bought new would cost rather a lot more than the princely sum of £3.00 I paid for it.  I washed it and wore it several times before I noticed a rather strange 'pull' to one side. A bit of an investigation exposed a rather poor fix I'd not seen before.
So, I unpicked the yellow thread expecting a small hole and was quite surprised to find how big it was. However, I was not phased and had another happy evening of stitching and weaving and drinking tea. Wearing a repair with pride :)
Then yesterday, a book landed through the letterbox with a thud on the mat - 'Love Clothes Last' by  Orsola Castro and I fell into her words and found what she'd written was exactly how I feel about repairing and mending and making things last - it is not a book to tell how to look after your clothing it is a book to tell you why you should and I am eating every single word! 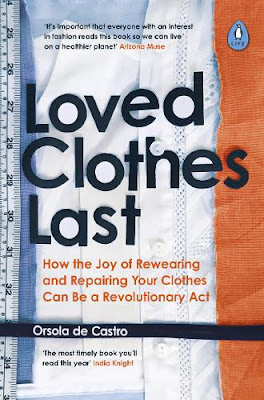 I repair as an act of rebellion - as a stand against fast and cheap and nasty fashion. I mend because my clothes are part of me and I would rather not just discard them. I mend because I hate shopping.
at March 23, 2021

Email ThisBlogThis!Share to TwitterShare to FacebookShare to Pinterest
Labels: Himself, sew, sewing, slow-sew