Saturday's spring-like weather filled our valley with light and colour and the gentle sunshine was warm and so delicious. It would have been a crime to have ignored it's warmth and brilliance, so after working in the garden, helping her wake up after the winter, we had lunch then we donned boots and coats, because despite feeling like spring in the sunshine, it was still very chilly in the shade with a rather sharp breeze cutting through the air. 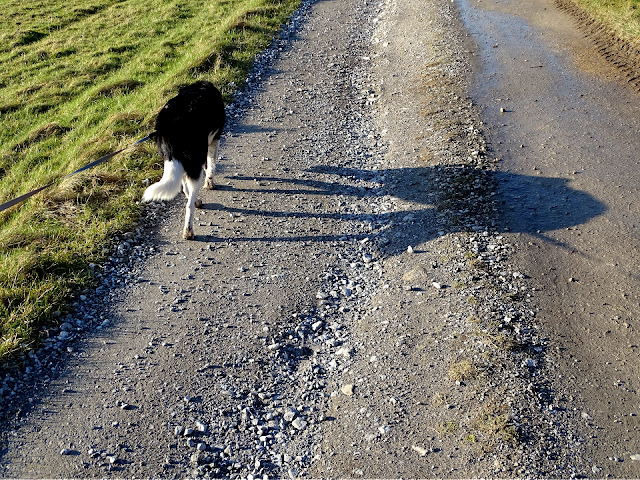 What we noticed more than anything else - were the shadows. Something we have not seen recently. We watched with amusement Moss's shadow as it bounced along the gravel track in a rather jaunty way. After a little while - I suddenly realised that there was a long legged grey creature walking with us ..... 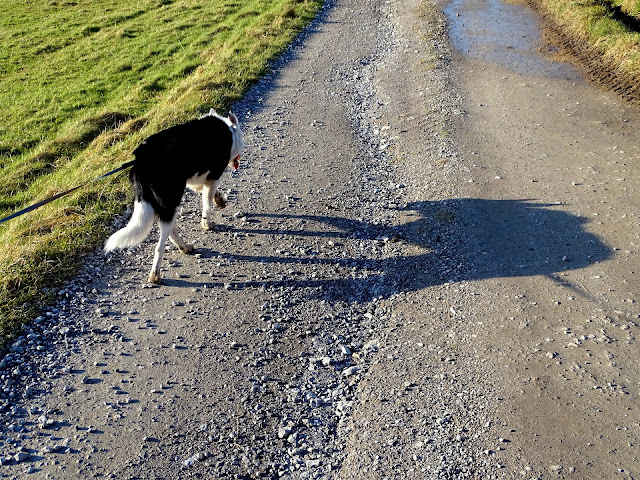 ... and it was Moss's inner wolf. A very Egyptian stylised magical beast. Moss was so happy to be out, that she'd not noticed she had let her true self become apparent to mere mortals ..... 🐾👀

We were fascinated by how her inner wolf looked nothing like her. The elongated legs, hunched back, sharp ears and long nose was quite 'Grimm's fairy tale-esque'.  Enough to send shivers down your spine (or was it that rather sharp breeze! You'll never know!)

March's words for the Scavenger hunt are based on an 'either or' and you can do either or you can do both :) have fun 🙂

5th March  Signs of spring/signs of autumn
12th March Look up/ look down
19th March Sunset/sunrise
26th March Light / dark
There you are - have fun, plenty to work with and feel free to choose one option or choose both 💗