Anyone seen the weather report? 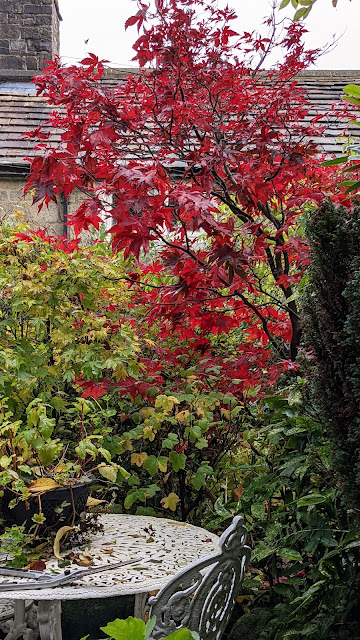 Let me set the scene. I'd managed to avoid the showers in the morning while I gardened my first session. I foolishly took Moss (first and last time) who thought being in a new-to-her garden was brilliant! Thank goodness the owner is away and I was able to hurl curses and obscenities at the increasingly giddy dog, who was so happy her tongue was hanging out sideways, flapping against her cheek as she played (argh!) 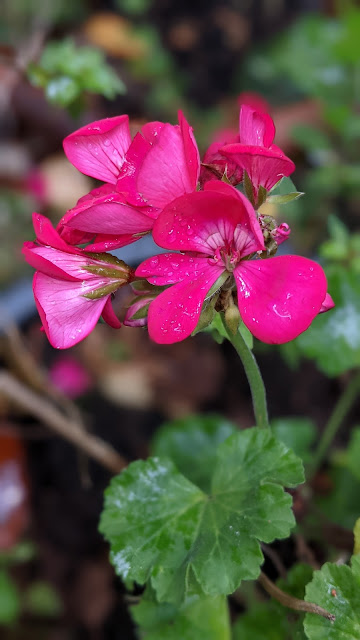 We came home and I flumphffed down into the settee to recover with a mug of tea and my lunch while I checked the weather report. There seemed to be a large line of cloud bearing down towards the village. I hoped the rain would pass before I had to start in the afternoon garden. No sooner wished for, when it started to rain - heavily. 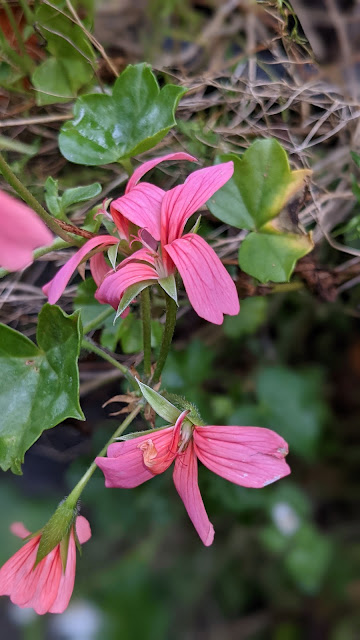 However, it was a short sharp shower and by the time I started my afternoon garden the sky was blue and despite it feeling chilly and damp - all was good. 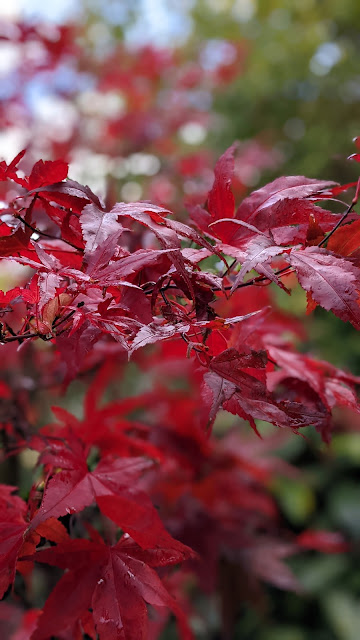 This afternoon's plan of attack was to continue removing metres and metres of clematis vines out of a hawthorn tree. We'd started last week and removed all the lower entanglement - this time we would need ladders and long billhooks and loppers to reach the upper most level. 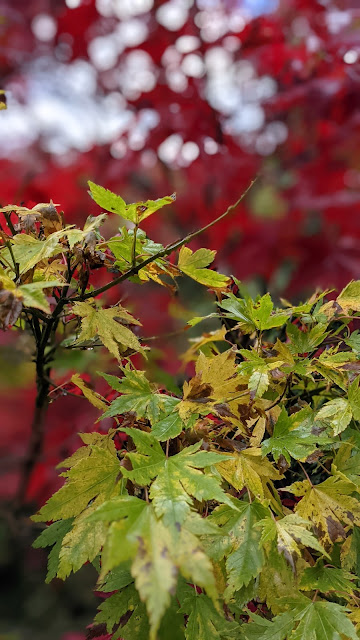 I say 'we' as it was myself and the lady who's garden I was working in. We each shinned up a ladder - she then climbed into the tree and I stood on top of a dry stone wall. For those who are not too sure what a 'dry stone' wall is - it is the traditional way of making farm boundaries using local stone. Carefully piled up on to each other, the stones 'lock' together by their shape and weight - there is no mortar or anything holding them together apart from time and gravity. 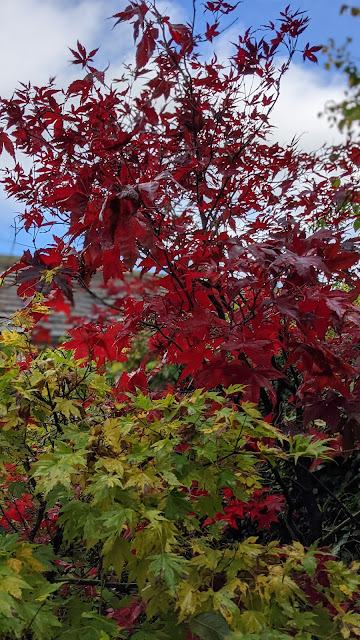 The wall I was on today was about six foot tall - so I carefully positioned myself as squarely as possible on the top stones then we began to yank and pull what felt like a never ending rope of vines and leaves. 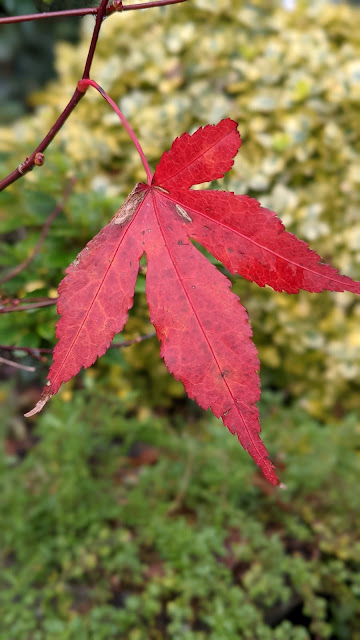 Then the wind picked up followed shortly by a sudden icy heavy shower - we bowed our heads and held our ground - the weather was too wild for us to move so we stayed put and held on to the tree. As suddenly as it arrived - it rushed off down the valley. We were dripping wet and laughing at the suddenness of the rain. 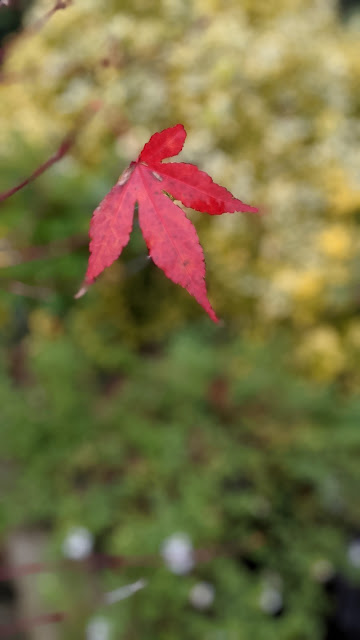 We continued tugging and clearing - still carefully balancing on the wall or in the tree when a couple of dog walkers stopped for a chat as the bumbled by, then on their return journey about 20 minutes later stopped to continue the conversation.
Then the rain returned.
With vengeance! It sent the dog walkers scurrying off home as quickly as they could and even we could see that waiting it out was not going to be an option. So as carefully (and quickly) as we could, we climbed down off the wall and out of the tree and sprinted across the garden and into the kitchen.
The garden owner quickly shed her waterproofs and stuck on the kettle and produced biscuits while I towelled off Moss and got out of my waterproofs. I was very grateful her floor was tiles as both the dog and I left pools of leaf and twig filled rain water where we were standing!
Two mugs of tea, biscuits and a natter about varieties of ornamental crab apples later, we tentatively returned outside - saw the sky and the time and decided to call it a day.  After quick tidy up, Moss and I jumped in the car and came home.
Now, out of my damp workwear, dog fed and I have a fresh hot brew - I am glad I am home and despite the weather -  rather enjoyed working today.

I suppose that is the 'joy' of gardening - living the weather whether it is in a lovely ornamental garden in a village or a wild moorland garden high up on the side of a hill!

And #blogtober2021 seems to have morphed in to 'Moreblogvember' - long may it last! 😄